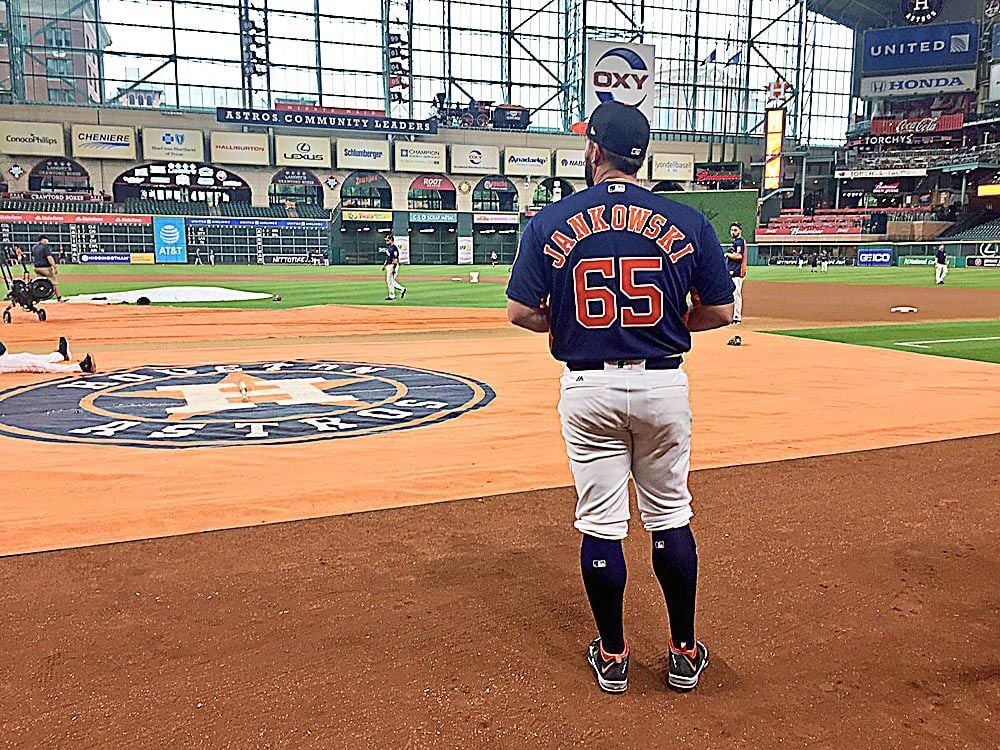 Jordan Jankowski, a 2008 Peters Township graduate, played in the major leagues with the Houston Astros. 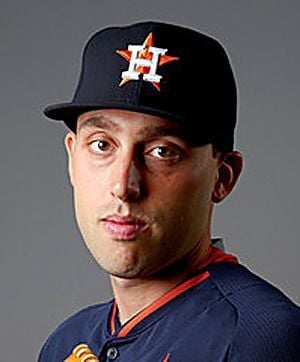 Jordan Jankowski, a 2008 Peters Township graduate, played in the major leagues with the Houston Astros.

Perhaps that’s why the Venetia resident has been involved with and thrived in two of the most competitive enterprises you can find – professional baseball and real estate. In both, you are judged solely on your production and numbers.

“I’m still very competitive,” the 31-year-old Jankowski said. “When I got out of baseball, I came home and wasn’t sure what was next for me. So I got my real estate license and everything just took off.”

By day, Jankowski is a real estate agent for Berkshire Hathaway HomeServices and his penchant for putting up big numbers has followed him from baseball to home sales.

“There are roughly 7,800 agents in Pittsburgh and I’m the 18th-highest producer,” Jankowski said proudly. “Things are going pretty well, especially when you consider that I’m in only my second full year.

“I really like real estate. It’s different than sports, but it’s still very competitive. I don’t know which one is more stressful.”

Jankowski was a standout baseball player at Peters Township High School. As a pitcher and catcher, he helped the Indians win back-to-back WPIAL championships in 2007 and 2008.

After spending two years at Miami (Ohio), Jankowski transferred to Catawba, an NCAA Division II school in Salisbury, N.C., where he had phenomenal success on the pitcher’s mound, posting a 17-4 record over two seasons as a starter.

Jankowski’s stay in the big leagues didn’t last long – he pitched in only three games, striking out five in 4 1/3 innings – but he won his lone decision.

After that, it was back to Class AAA, where he spent parts of four seasons. He ended his career playing in the Los Angeles Dodgers and Los Angeles Angels organizations before being released in 2018.

Since then, Jankowski’s baseball experiences have amounted to two outings – one an intrasquad game – this month at Wild Things Park, playing for the Steel City Slammin’ Sammies, who are a collection of former and current Wild Things players and some older local players. Jankowski falls into the latter category.

The Sammies, Wild Things, Baseball Brilliance Sox and Road Warriors comprise a four-team league that is playing for 10 weeks – Thursdays through Sundays – in Washington. The Sammies ended the first week of play with the best record (3-1). In the Sammies’ 3-2 season-opening victory over the Wild Things last Thursday, Jankowski pitched a scoreless ninth inning for a save.

“Tony called me about playing and I couldn’t say no,” Jankowski said. “I still have a desire to play. It’s only 18 minutes from my house to the ballpark.”

The save capped what was a memorable week for Jankowski. His wife, also named Jordan, gave birth to their third child, son Rextyn, July 6. The couple’s other children are Roman, 2, and Rahlee, 1.

Jankowski said he has enjoyed playing for the Sammies.

“I love the atmosphere of being around the guys,” he said. “At 31, I’m one of the older guys. The younger guys ask me a lot of questions, but that’s OK because I was in their position once. I know a lot of tricks, so maybe I can help them.

“I just want to have fun, compete and prove to myself that I can still pitch. … It’s nice to do it close to home so my family and friends can see me play. When I was in the minor leagues I never played close to home.”

Though no official records have been kept, Jankowski is still believed to be the WPIAL’s all-time leader in home runs. He hit 36 career homers for PT, including 14 as a junior. He hasn’t had an at-bat in a game since 2012.

Will he get an at-bat with the Sammies?

“I didn’t even ask Tony about that,” Jankowski said.

Since 1986, Chris Dugan has been covering local sports for the Observer-Reporter, and named sports editor in 2006. Before joining the O-R, he was sports editor at the Democrat-Messenger, and a former member of the Baseball Writers Association of America.