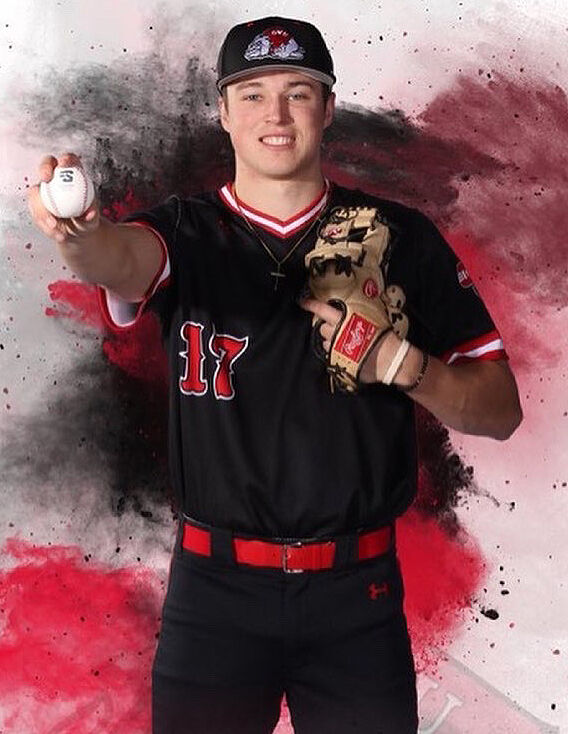 Bethel Park’s Mason Miller was drafted by the Oakland A’s after a stellar spring at Gardner-Webb University. 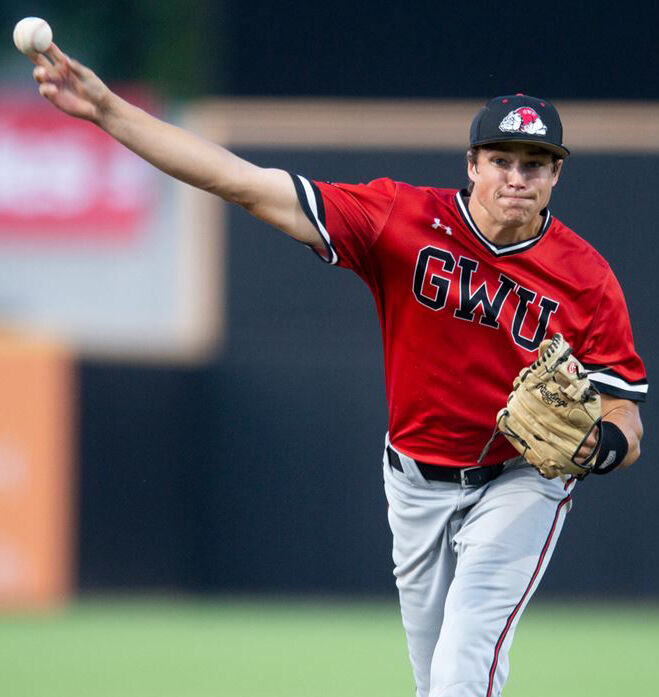 Mason Miller delivers a pitch during an outing with Gardner-Webb University this spring. A Bethel Park graduate, Miller was drafted in the third round of the Major League Baseball Amateur Draft by the Oakland Athletics.

Bethel Park’s Mason Miller was drafted by the Oakland A’s after a stellar spring at Gardner-Webb University.

Mason Miller delivers a pitch during an outing with Gardner-Webb University this spring. A Bethel Park graduate, Miller was drafted in the third round of the Major League Baseball Amateur Draft by the Oakland Athletics.

Three years ago, Mason Miller of Bethel Park was battling a bitter diagnosis.

Now, he has set his sights on fighting for a Major League Baseball roster spot.

On July 12, the Oakland Athletics selected Miller in the third round of the amateur draft. He was the 97th pick overall.

“I’m stoked,” said Miller. “It’s been an incredible journey and I am excited to have a better idea of what my immediate future holds.”

In 2018, Miller had no idea what might lay ahead. He was struggling as a pitcher, losing games and losing weight. As a Waynesburg University sophomore, he was 1-9 on the mound and 150 pounds on the scale.

After submitting a urine sample required for a summer internship, results revealed a blood-sugar level of more than 700. Miller was diagnosed with type-1 diabetes.

Previously known as juvenile diabetes or insulin-dependent diabetes, the disease is a chronic condition in which the pancreas produces little or none of the hormone needed to allow sugar — or glucose — to enter cells to produce energy.

While there is not cure for diabetes, an insulin pump along with a few additional changes to his diet and lifestyle healed Miller’s pitching stats and restored his professional prospects.

“(Diabetes) was a blessing in disguise,” Miller said. “I’m grateful it happened because that was when everything clicked.”

He was named PAC Pitcher of the Week twice, a first-team All-PAC performer and gathered All-Region awards from both D3baseball.com and the American Baseball Coaches Association.

Before it was cut short because of the coronavirus pandemic, his 2020 season was off to a similar start. In two outings, Miller went 2-0 over two complete games, 14 innings, with a 2.57 ERA, 24 strikeouts and a .160 opponent batting average. He was named PAC Pitcher of the Week during the first week of the season.

While Miller graduated from Waynesburg with a degree in finance and a 3.9 GPA, the NCAA and NAIA granted student-athletes an extra year of eligibility. So Miller enrolled at Gardner-Webb University in North Carolina.

“Initially, I did not think I had a future in baseball because of the diabetes,” he said. “After I came back, I made it my choice to pursue baseball. Upon that point (he said of his time at Waynesburg) was when I believed.”

Miller demonstrated he could pitch at a higher level as he succeeded at Gardner-Webb. The 6-5, 205-pound right-hander posted an 8-1 record this spring. He forged a 3.30 ERA and maintained a 1.11 WHIP. He fanned 121 batters in 92 2/3 inning. In fifteen trips to the mound, Miller fanned 10 or more batters on seven occasions, including a season-high 13 in a 6-2 win at Campbell.

Miller led the Big South Conference and ranked 21st in the nation with 121 strikeouts, the second most in a single season by a Gardner-Webb pitcher. His 11.75 strikeouts per nine innings ratio also ranks second for a single season in program history and his .210 opponent batting average tops the all-time GWU listing.

Miller was a 2021 Big South All-Conference First Team selection. He was named to the 2021 ABCA/Rawlings Division I Atlantic All-Region Second Team.

Miller said his time at Gardner-Webb prepared him for the next step in his career. He said the Bulldogs’ coaching staff, in addition to being able to pitch against more talented players was a benefit.

“The next level requires you to be more intentional about what you do,” Miller said. “It forces you to demand a higher level from yourself.”

Miller also excelled at the Major League Baseball draft combine. His fastball was clocked at 99 mph, a combine-high. He also recorded seven of the eight hardest pitches thrown at the event.

“I had a good combine, but I did not expect to be drafted this high,” Miller said. “I had a great year and impressed people.”

Miller is enthused about the Athletics as well as heading west.

“I’m excited to see the country and happy to be part of the A’s organization,” said Miller. “It’s an exciting young team with interesting potential although they may not always be in Oakland. That’s an interesting situation, too.”

Miller’s hometown and high school have had a compelling spring. Miller is one of two Bethel Park graduates selected in the amateur draft. Additionally, the high school team won its first state championship in 33 years.

“Bethel Park has been a piece of the puzzle,” he said. “It led to the next step. Everything in this path has been one of progressive steps and all played important roles.”

Miller will play any part the A’s ask of him, from starting pitcher to long or short reliever. Initially, he heads to Oakland’s spring training facility in Arizona.

“I’m fairly confident I can fill any role they will like. I’m ready to do whatever gets me on the field and helps the team,” Miller said. “My only long-range goal is to make it to the big leagues. I’m not going there to not put all I have out there.”