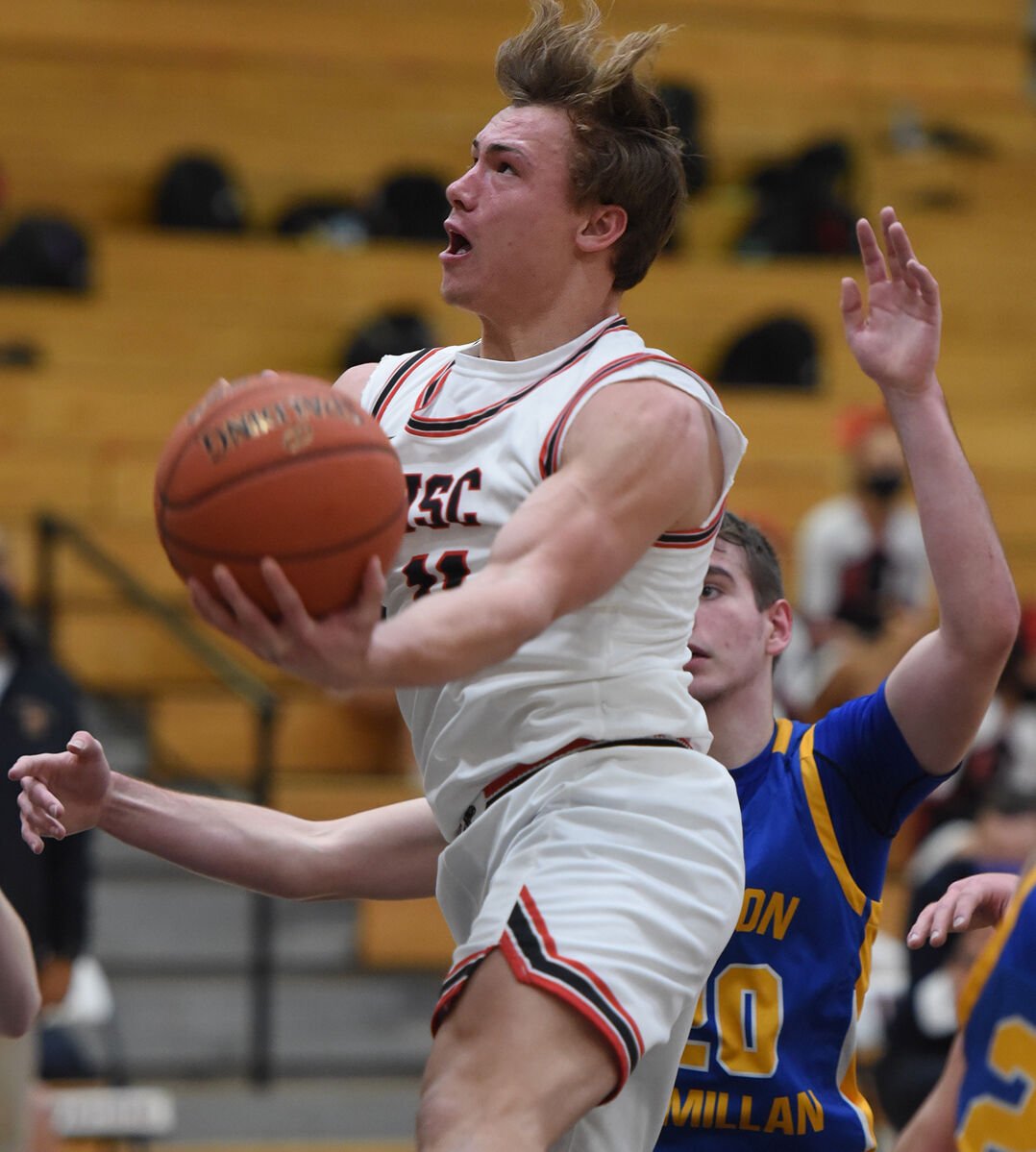 Upper St. Clair’s David Pantelis puts up a shot during a recent game. 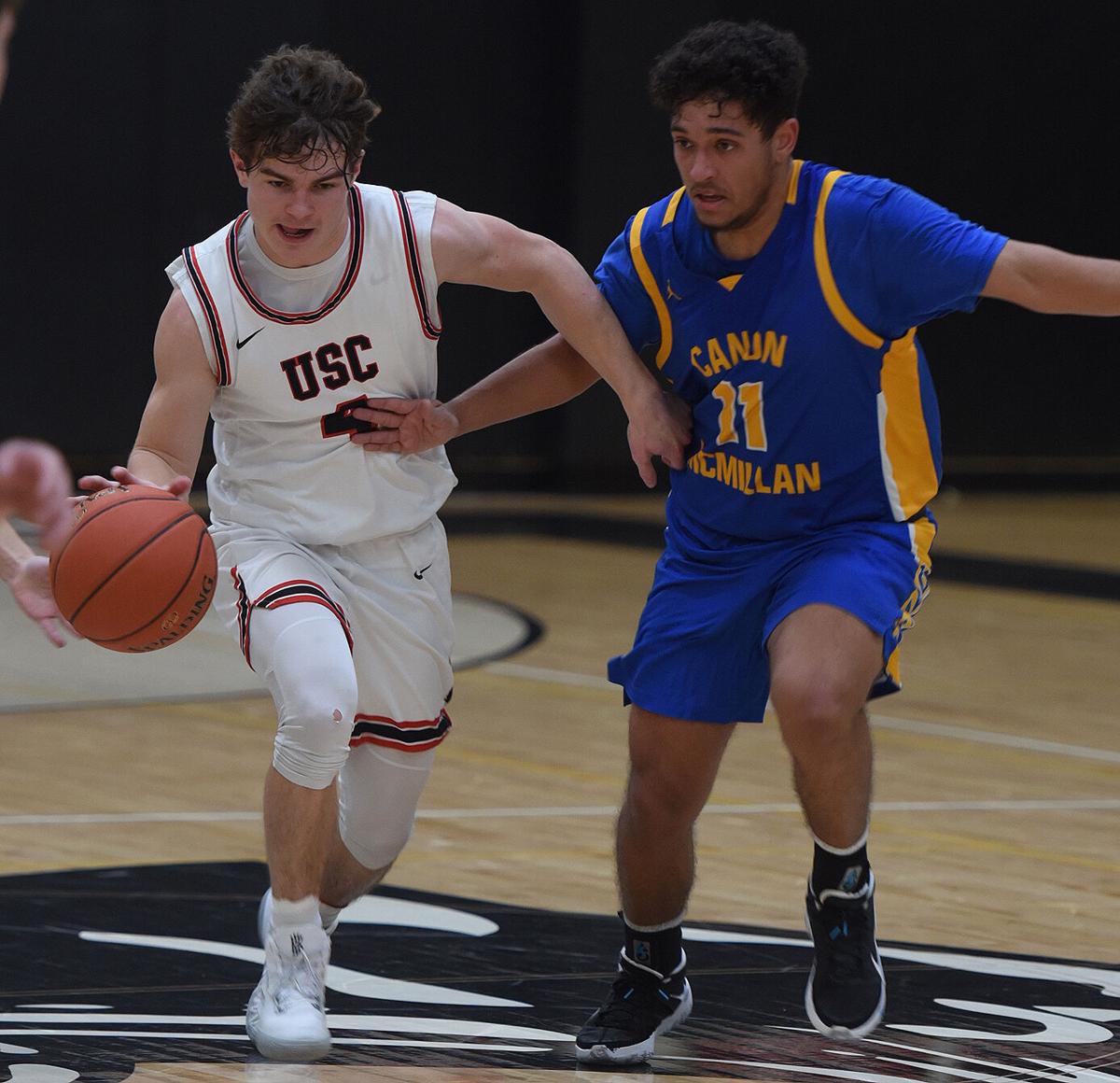 Upper St. Clair’s David Pantelis puts up a shot during a recent game.

The Panthers hadn’t played a game since walloping Yough 89-40 Feb. 3 because of weather issues and the school reaching its threshold for COVID-19 cases.

Porter Rauch scored 20 points and David Pantelis followed with 12 to lead USC to the win.

The Panthers, who have played just two games in two weeks, were scheduled to play rival Bethel Park Feb. 12.

During their nine-day hiatus from hoops, the Panthers had their Feb. 9 section clash with Canon-McMillan canceled because of weather and their exhibition game with Nazareth-Prep postponed because of COVID-19 issues within that school.

“It’s concerning to have not practiced or played,” said USC head coach Dan Holzer. “I have no idea what to expect when we do actually play or the impact on our consistency.”

The Panthers have routinely toppled their competition. They were 9-1 before visiting Bethel Park. Their only blemish was a 72-20 loss to Fox Chapel Jan. 22.

In lieu of live practices and games, Holzer has conducted Zoom meetings with his team. The Panthers study game film and talk strategy regarding upcoming opponents. If possible, they practice on their own at an open gym if they can find one.

“COVID-19 has impacted a lot of teams,” Holzer said. “It’s like this for everybody. Nobody has had a normal time of it.”

The new normal in 2021 is playing games in front of small crowds because of capacity restrictions and against masked opponents. And, sometimes on game day, a contest can get canceled once the COVID-19 numbers come into the school districts.

“It gets you out of your routine, if you have one, quickly,” said Holzer. “Nobody has had a normal time of it. There seems to be some disruption of sort somewhere. We are all in the same boat. So you have to deal with it.”

COVID-19 has not internally impacted Holzer’s team. No player has exhibited symptoms let alone tested positive for the disease. Holzer chalks that fact up to a combination of “luck” and adhering to safety guidelines and protocols.

As the playoffs approach – the WPIAL’s open tournament is scheduled to start at the end of the month – the Panthers are keeping their fingers crossed that they will be not just at their best but actually playing basketball. Teams that opt into the tournament could have to forfeit games should their schools shut down because of COVID-19 concerns.

“It’s heartbreaking, but it’s a reminder that it could happen,” Holzer said. “Here at St. Clair, we are being positive. We have an upbeat attitude. We hope we get an opportunity to compete. We are making sure on our end that it will happen.”

Bethel Park posted a 65-54 victory over Washington and followed that up with a 47-45 win over South Fayette to stretch its winning streak to three.

With the victories, the Hawks improved to 4-7 overall.

Dolan Waldo proved the difference in both wins.

Waldo scored 20 against the Lions. He finished with a team-high 21 points against the Little Prexies. His free throw with less than two seconds left in regulation forced overtime where BP outscored Washington, 16-5.

Max Blanc powered the overtime uprising. He scored seven of his 13 points in the extra session, where the Hawks buried two critical three-pointers.

Bethel Park’s Logan Wright, who also had 13 points against the Little Prexies, finished with 11 against South Fayette.

The Lions, however, evened its overall record to 5-5 with a 61-57 win against Montour.

In the win, Jakiela scored 19 points, and Yater added 15 for the Lions.

CV senior Brayden Reynolds ranks among the offensive leaders in the WPIAL with a 25.8 scoring average.

Reynolds finished with 32 points against Moon. Carter Mastovich followed with 16, while Garrett Alauzen and Frank DerVanik pitched in with 13 and 10 points, respectively.

Alauzen led CV with 18 points against West Allegheny and Reynolds kicked in 15.

Peters Township defeated Baldwin 55-52 in a Class 6A, Section 2 game.

Gavin Cote led the Indians with 16 points, while Logan Pfeuffer scored 14 and Pat McDonnell added 10. PT was 3-1 in section and 4-6 overall heading into a Feb. 12 contest against Canon-McMillan.

Mt. Lebanon dropped a 58-55 decision to Central Catholic, before falling to Thomas Jefferson, 39-35.

With the losses, the Blue Devils slipped to 5-6 overallm, but are 4-0 in Class 6A, Section 2. Jake Reinke has been a WPIAL scoring leader with a 17.4-average per game. He scored 17 points against the Vikings and finished with 10 points against the Jaguars.