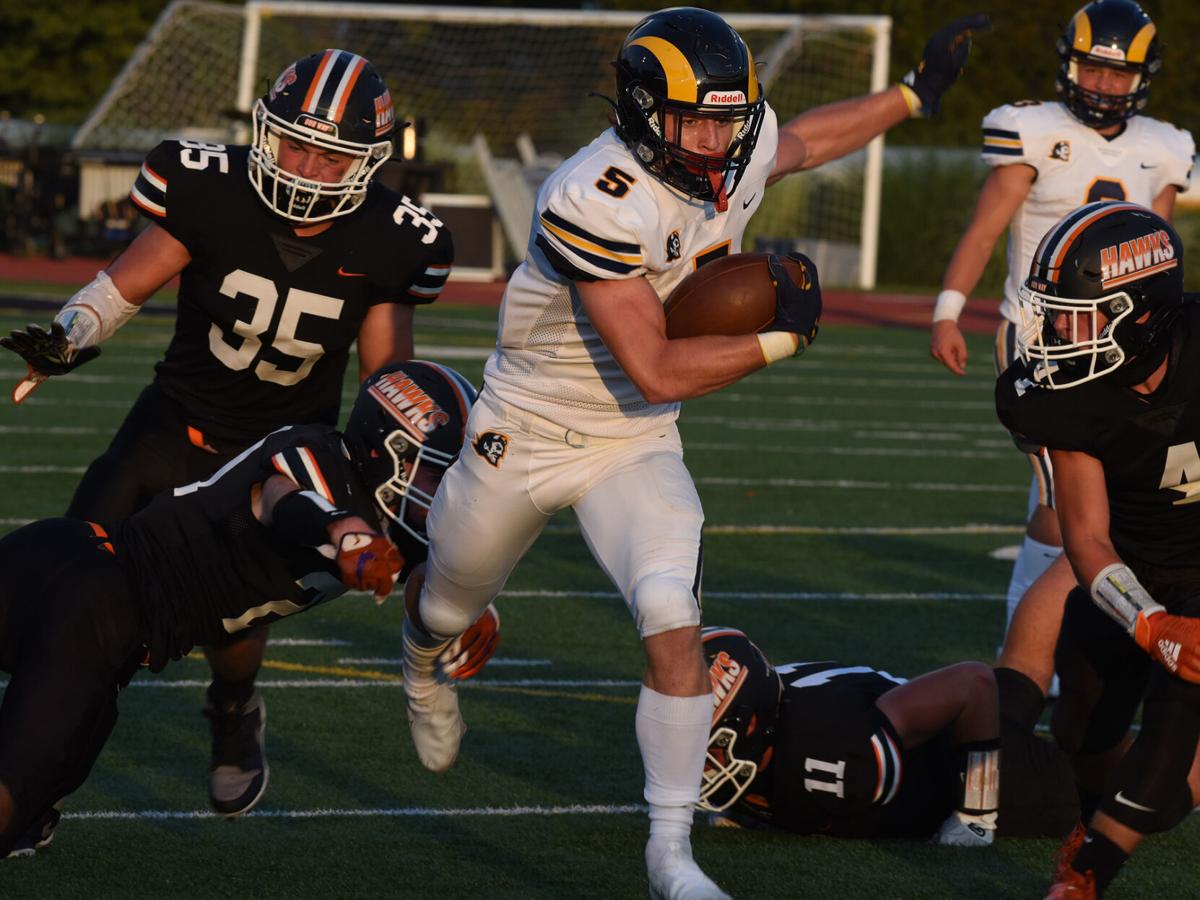 Mt. Lebanon's Alex Tecza eludes multiple Bethel Park defenders on his way to a big game. Tecza rushed for 76 yards on nine carries in Lebo's 28-0 win against the Black Hawks. 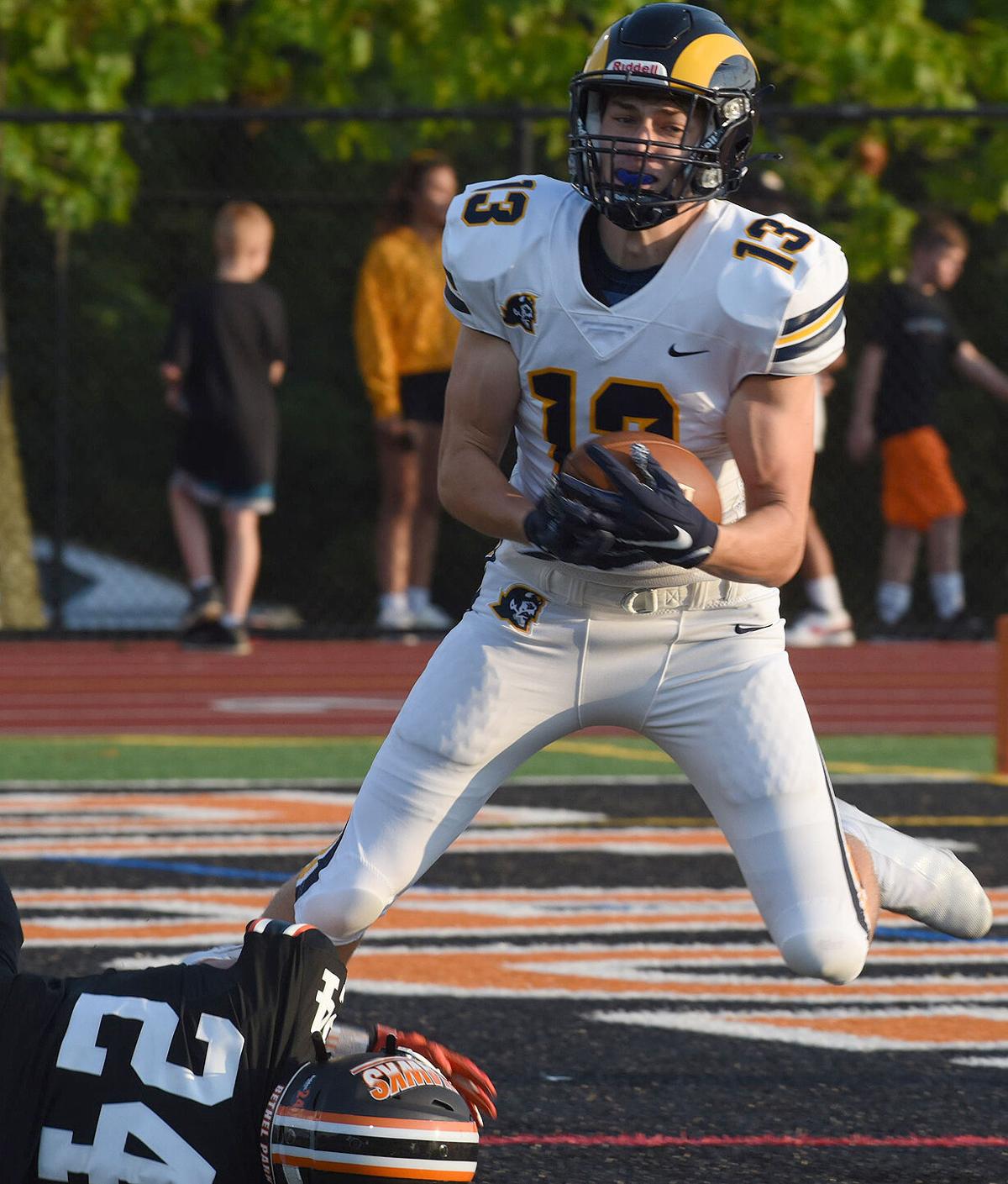 Mt. Lebanon's Alex Tecza eludes multiple Bethel Park defenders on his way to a big game. Tecza rushed for 76 yards on nine carries in Lebo's 28-0 win against the Black Hawks.

The marriage between Mt. Lebanon and its head football coach Bob Palko may still be in the honeymoon phase, but in their third season together they appear headed for happiness.

“We are getting rid of this look-at-me attitude and that’s the thing that makes me excited,” Palko said. “These players are truly happy for each other.

“Let’s be honest, that’s not a common thing. To be able to care about somebody more than you care about yourself, then it becomes a magical thing. We are getting to that.”

Lebo started the 2021 campaign with a 28-0 victory over Bethel Park.

Three-year starter Joe Daniels completed 8 of 15 passes for 137 yards and two touchdown passes of 37 yards each to Mike Beiersdorf and Eli Heidenreich.

“(Eli’s) the guy we have to get the ball to. He makes plays for us. That’s no secret,” Palko said. “We have a couple of them. As time goes by, people will see we have a lot of weapons and a lot of kids.”

Jack Smith is another versatile Blue Devil. He scored on an eight-yard run out of the Wildcat offense. Smith, who recently committed to play baseball at Harvard, also spearheaded the linebacking corps with Tommy Boehner.

Kyle Watkins and Owen Halter made BP cough up the football while Connor Young and Will Hartung recorded the recoveries. Grayson Dee and Hartung registered sacks.

“Our D-line played well and made adjustments and Jack and Tommy, he’s our energizer bunny, along with our two young linebackers made some nice plays,” Palko said.

Alex Tecza made the plays on the ground and Noah Bhuta made them with his toe. Tecza rushed for 76 yards on nine carries. Bhuta converted all the extra points.

After tackling rival Upper St. Clair Sept. 3, the Blue Devils prepare for their visit to Peters Township at 7 p.m. Sept. 10. The Indians were WPIAL Class 5A runners-up the past two seasons. They are ranked No. 5 in Class 5A and started the season with a 37-0 win against Fox Chapel.

While PT is the third rivalry game in a row for the Blue Devils, Palko and his team are not caught up in the story lines regarding such familiar foes. On a weekly basis, the focus is on the challenge of adding a win to the record.

“As we have gotten older, our seniors especially, have learned and developed the wisdom that they need to stay within themselves and worry about what Mt. Lebanon does and not what other places do,” Palko said.

“We’ve gotten off to a good start and we are proud of that but it’s hard to win football games,” he added. “People think oh you just show up and magically it happens. It’s hard to get a group of kids together for one common goal.”