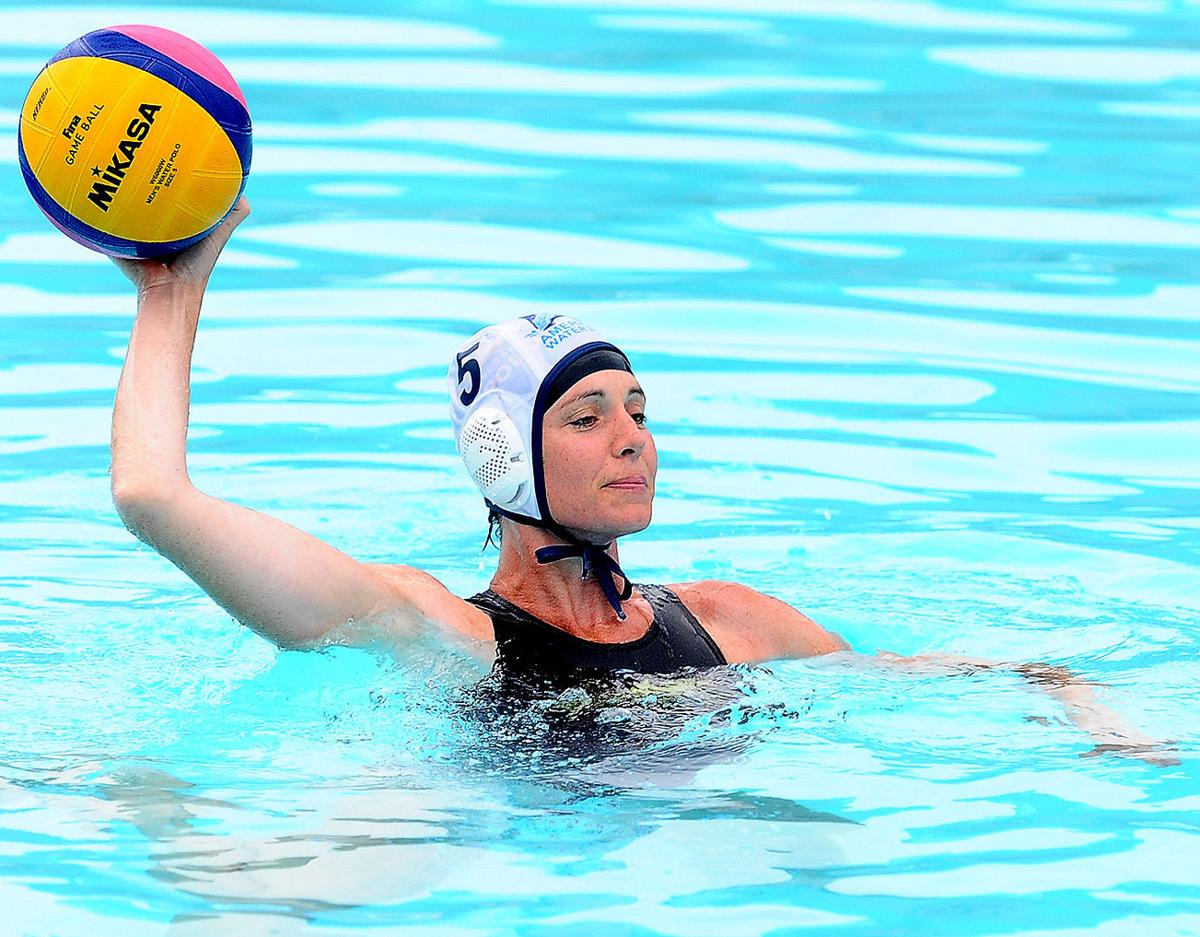 Jocelyn Vincent looks to pass the ball during a Renegades water polo practice. 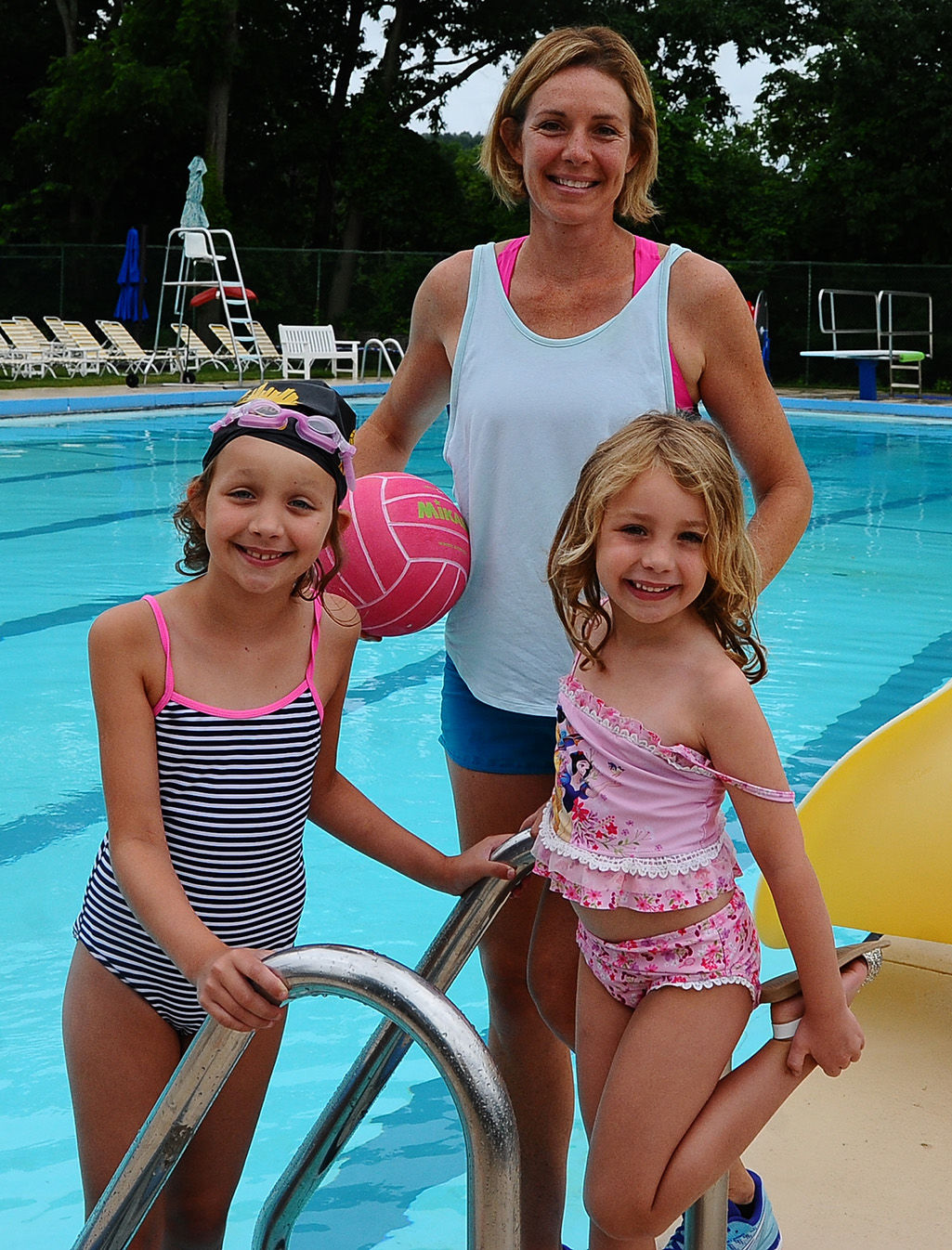 Jocelyn Vincent (back) poses with two of her children, Dakotah, 7, and Savannah, 5, at the Valley Brook Country Club swimming pool. 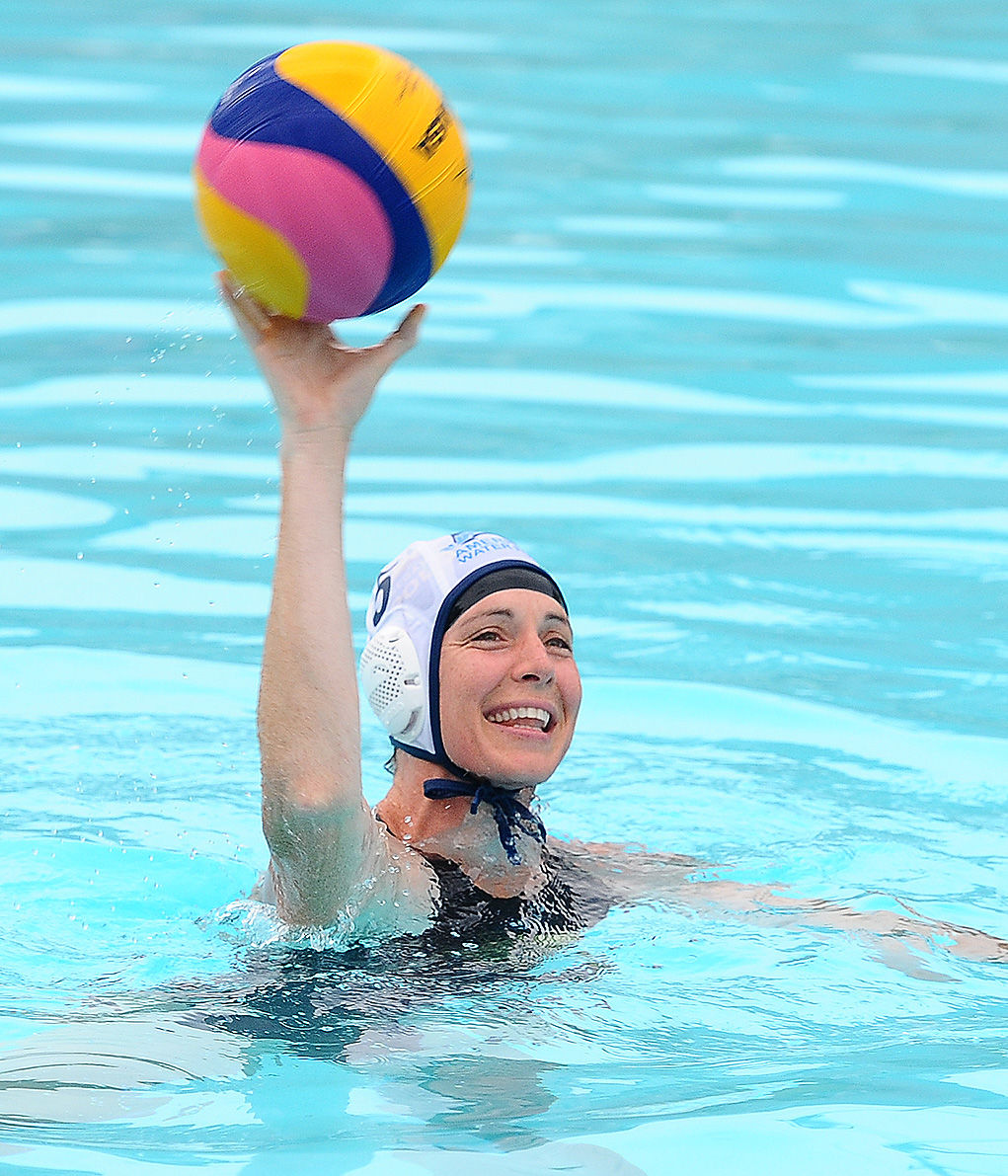 Jocelyn Vincent catches a pass during a Pittsburg Renegades practice at Ammon pool.

Trepidation transformed to joy for Jocelyn Vincent of Peters Township after her first water polo practice with the Pittsburgh Renegades.

“I was terrified,” recalled the 37-year-old mother. “I had not played in a long time. I had babies. Though my legs felt like Jell-O, I drove home with the biggest smile on my face.”

One year later, Vincent is one of the biggest promoters for the sport in the area. She has helped revamp the Pittsburgh Masters Water Polo team through its Facebook page and the Renegades through Instagram and Twitter accounts. She’s worked as an official at events such as the one starting July 11 at the University of Pittsburgh’s Trees Pool featuring high school, collegiate and masters’ teams.

“Water polo is so much fun,” Vincent said. “It’s a tough sport, but it brings so much fun to swimming.”

A Houston, Texas, native, Vincent started swimming in high school for St. Agnes Academy. Iona College recruited her to play water polo and swim the 500- and 1,000-yard freestyle and breaststroke events on its Division I squad.

“Swimming went along with it, but I was a better polo player by far,” she admitted.

After earning a master’s degree in secondary education, Vincent returned to her alma mater and taught chemistry, biology and geology while coaching the school’s swim and water polo teams. She also started a family with her husband, Blane. Married nine years, the couple have three children: Dakotah, 7; Savannah, 5; and Colton, 3. When Houston-based S & B Engineers and Constructors Ltd. assigned Blane to open an office in Southpointe, the family relocated to Peters Township in June of 2017.

“My husband played basketball and he follows all other sports, but he’s not interested in water sports,” Vincent explained. “I’ve been a water baby all my life and he jokes if it’s anything in water, then I would like it.”

Once she arrived in southwestern Pennsylvania, Vincent did a Google search. Some Pittsburgh players who had attended Iona College reached out immediately and introduced her to the Pittsburgh Renegades.

“I really missed it and I needed something up here,” Vincent explained.

Vincent, however, was already doing plenty.

The family joined the Valley Brook Country Club so that her husband could entertain and golf with clients and her children could learn to swim and compete on the club team. The children are also active as students at St. Louise de Marillac School in Upper St. Clair.

Because babysitting services are provided, Vincent belongs to gyms at Southpointe and the Community and Recreation Center in Upper St. Clair. She enjoys attending outdoor concerts featuring artists such as Foreigner and Jimmy Buffet.

“It’s a puzzle,” she said with a laugh of the balancing act she performs on a daily basis. “The most important thing, though, is to make sure the kids’ needs are being met. I don’t want to take time and attention away from them to do my extracurricular activities.”

Vincent adds that she is “fortunate” to have opportunities to take care of herself, mentally and physically. She finds time to run four miles a day. She participated in the Great Race, the EQT Run and in the Pittsburgh Marathon, competing at the 13.1 distance. She hopes to run in the Philadelphia Marathon on Nov. 18.

“There are great runs here, and what you all have to offer is awesome,” she said, revealing a slight Southern drawl. “I like it very much, but water polo is my passion. Getting back into the pool has enabled me to find myself again.”

While the Renegades have scrimmaged at the University of Pittsburgh and have trained at Carnegie Mellon University during the past winter months, they are currently looking for a pool for the 2018-19 indoor season. Vincent said the club has “quite a few options” and did not rule out as potential training sites at Chartiers Valley or South Park High schools, or Washington and Jefferson College, where some current Renegades played polo.

“Very affordable,” Vincent noted. “All you need to play is a bathing suit. And,” she added, “a latex cap if you are female.”

While college teams are either male or female, the Pittsburgh Masters Water Polo Club is co-ed and open to ages 18 and up.

“I’ve played for several masters teams and the Renegades have a very unique dynamic,” Vincent said. “They are open to everyone and anyone playing. They are encouraging and welcoming.”

But then that is water polo in general and Vincent gives the sport her utmost approval.

“Absolutely,” she said enthusiastically. “Water polo is something that I would recommend. It’s something all ages and all levels of ability can do.

“It is a tremendously nice outlet. It’s a tough sport but it’s a lot of fun. The teammates that you have and make are great. It’s a break from work and the week. I mean, I was here today at an outdoor pool with some of my best friends. You can’t ask for anything better than that.”