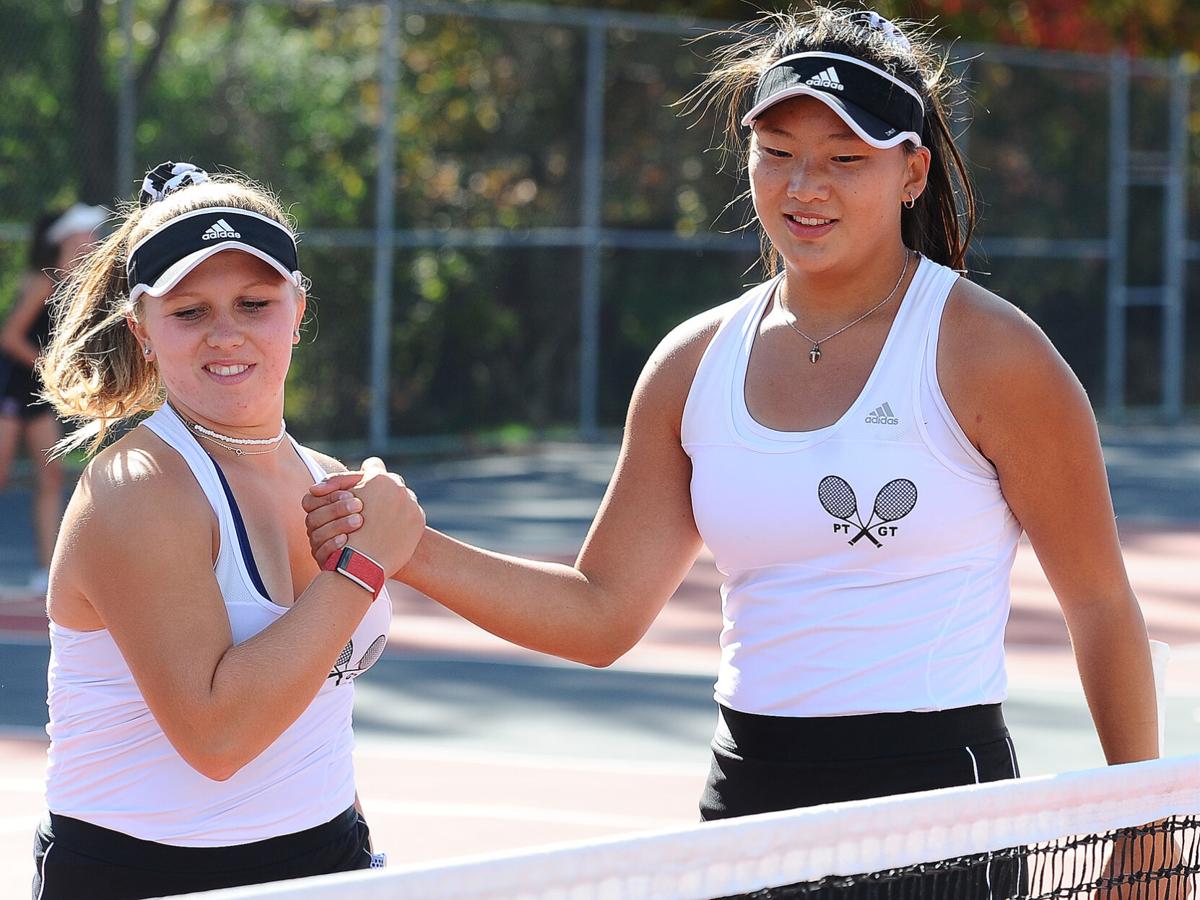 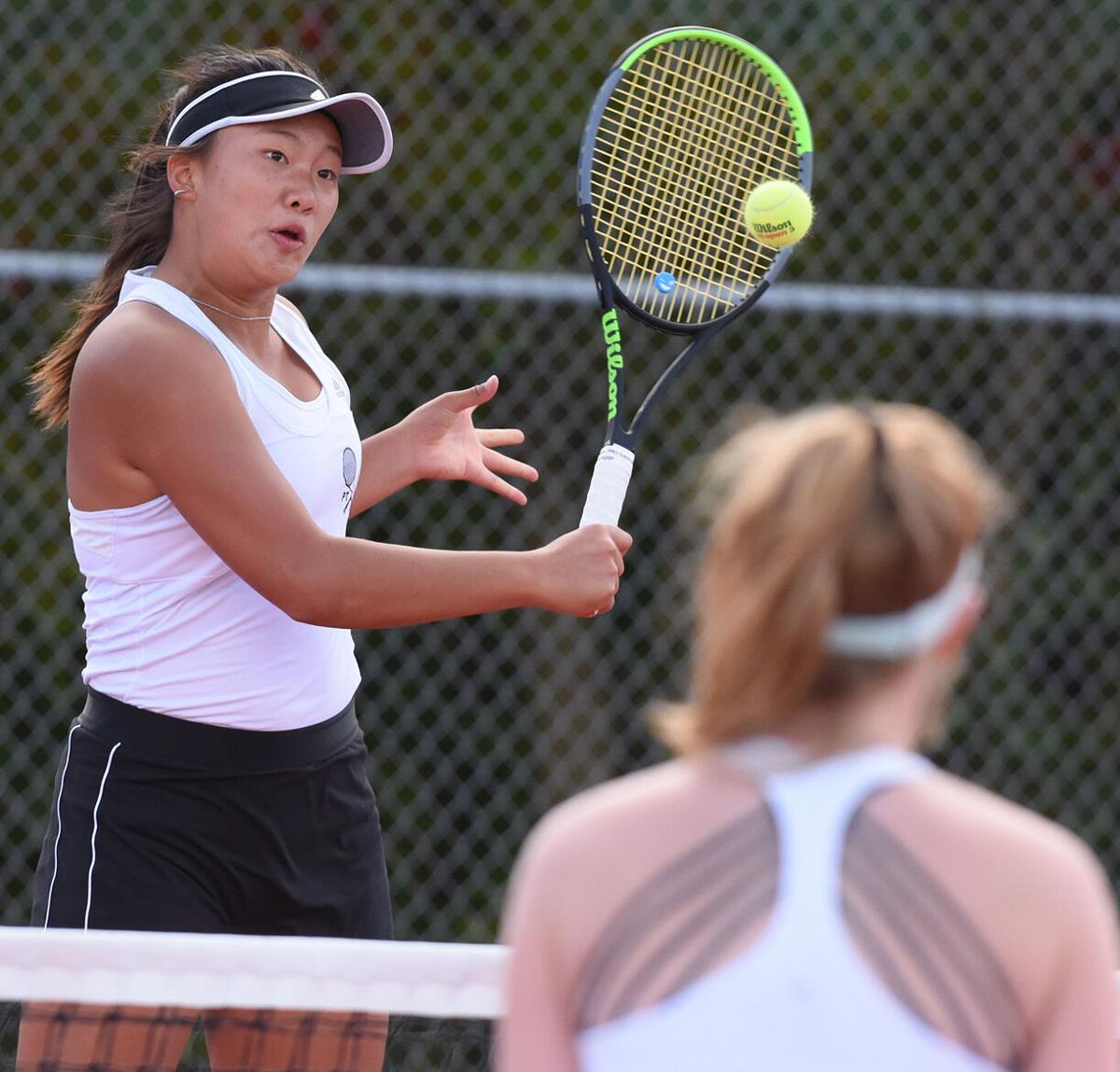 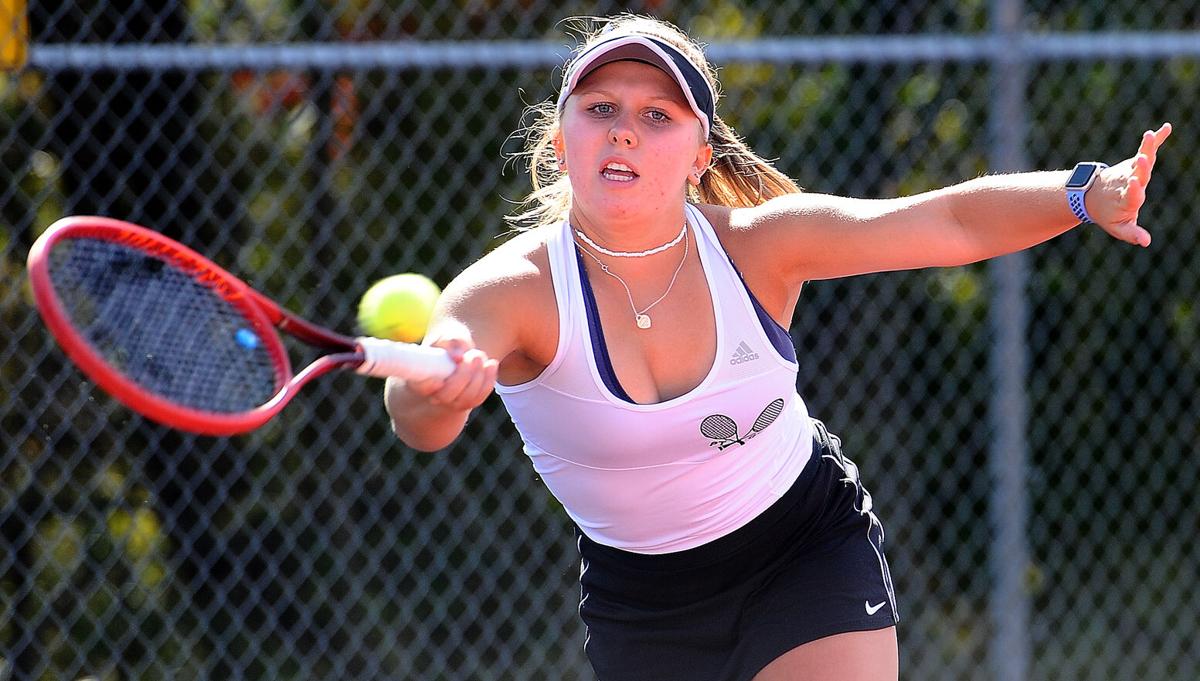 WEXFORD – Kat Wang and Marra Bruce are trouble for tennis doubles players in the district and the state but the Peters Township duo do have their own trials when it comes to defending their domain.

Despite having a target on themselves, Wang and Bruce captured their second straight WPIAL Class AAA doubles title when they dispatched Mt. Lebanon’s Lauren Marsteller and Lily Bosch, 6-0, 6-2, in the championship match Oct. 8 played on the outdoor courts at North Allegheny High School.

“Everyone was after us. They wanted to beat us,” said Wang.

“So there was definitely a lot more pressure,” added Bruce. “It was double this year than last year.”

In 2019, Bruce was just a freshman and Wang, a sophomore when they used a straight-set victory, 6-2, 6-0, over Jenna Bell and Carolin Walters from Latrobe to win the championship.

“We were a little shaky last year because we were young,” Bruce said. “Experience helped us.”

“This year, it’s felt more clean,” Wang said. “We got it done because we’ve been in this situation so we knew how to handle the pressure.”

Wang and Bruce handled the onus of being champions the only way they knew how. They played their best.

After winning pro sets in the opening rounds of the tournament, the tandem dispatched Upper St. Clair’s Maggie Stief and Anna Rush, 6-1, 6-1, in the semifinals to set up the championship showdown with Bosch and Marsteller.

PT coach Phyllis DeRienzo noted Bruce and Wang “executed” and played well throughout the tournament but were exceptional in the final.

“They had very few errors and they went for their shots,” she said. “They went in with the plan that they were going for it. They were all in.”

The pair worked rapidly, capitalizing on service winners and polishing off rallies.

“Basically we are a 1-2 punch with the serve,” said Wang. “Get the rally and finish it out at the net.”

Both Wang and Bruce felt getting off to a “strong” start was the key. It was their game plan.

“We want to get out of the gate quickly,” Wang said. “Once we got the momentum going, we could just build on that and keep it going.”

Wang and Bruce hope to keep going toward another title. They are the defending PIAA champions. With the District 7 triumph, they advance to the state tournament to be held in November in Hershey.

If Wang and Marra play as well as they did in the WPIAL tournament, DeRienzo predicts the pair can “dominate” at states.

“They really are that good,” DeRienzo said. “They are a nice team because they work well together. They know their strengths and they play to them. They also work hard and have fun.”