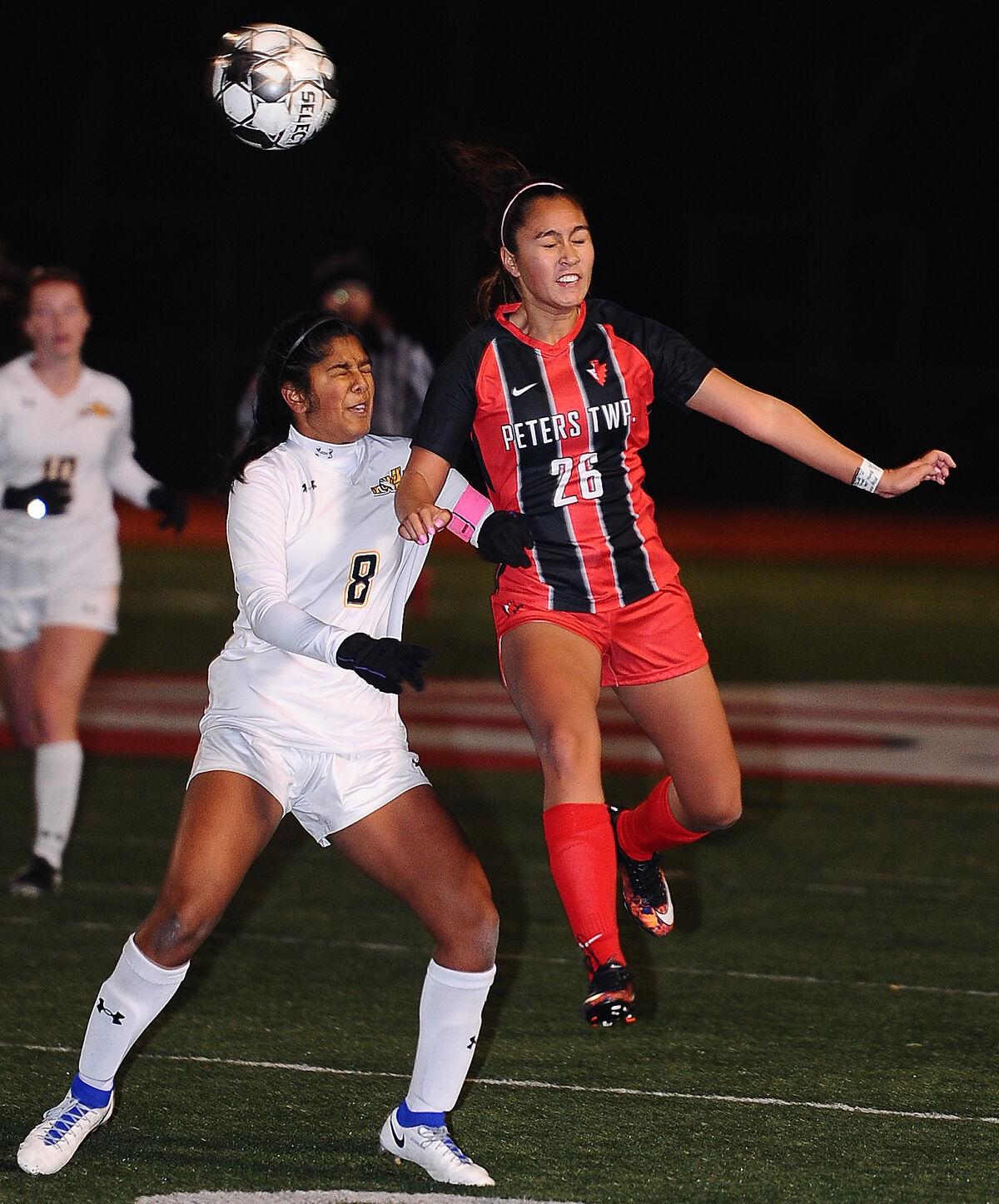 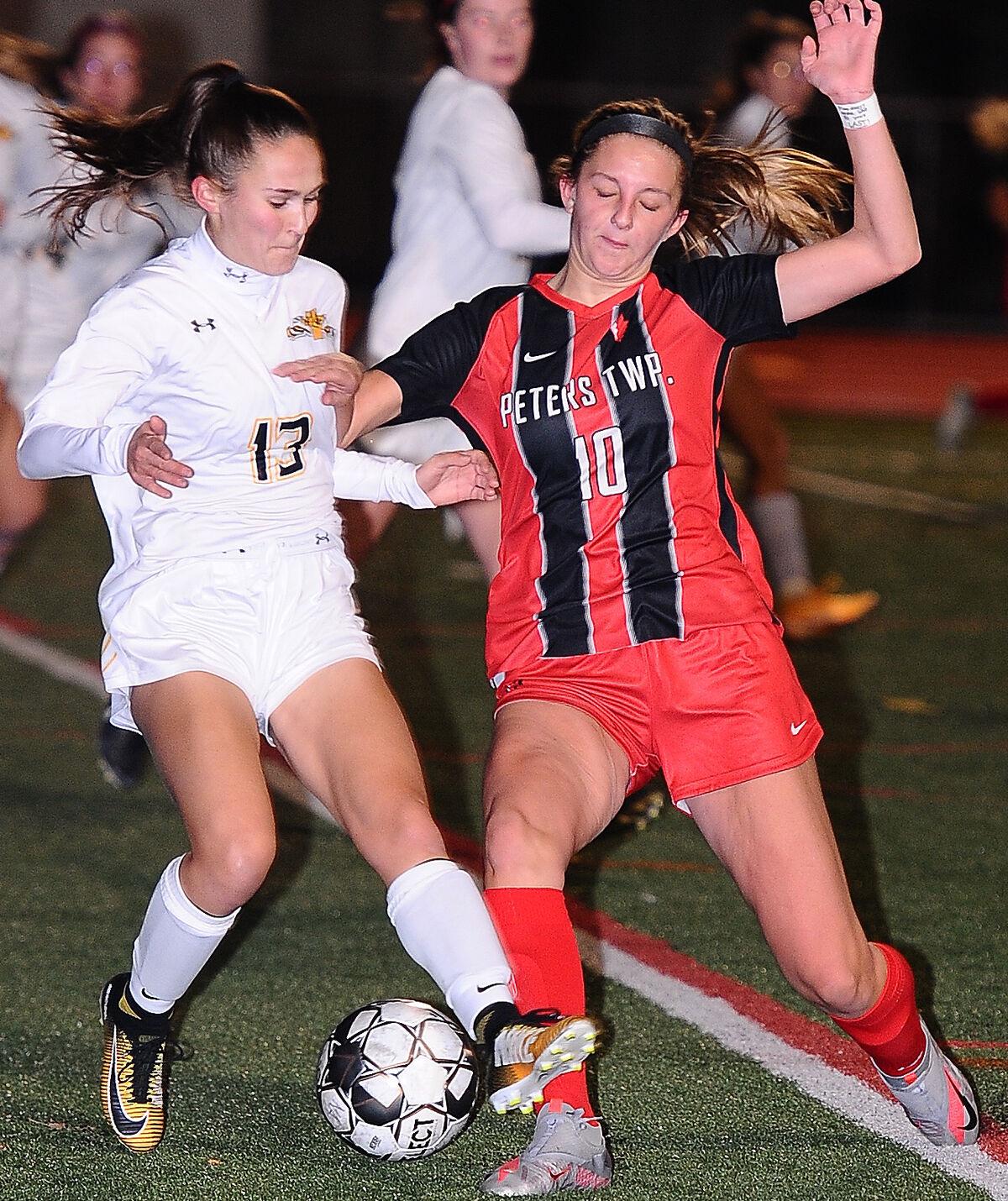 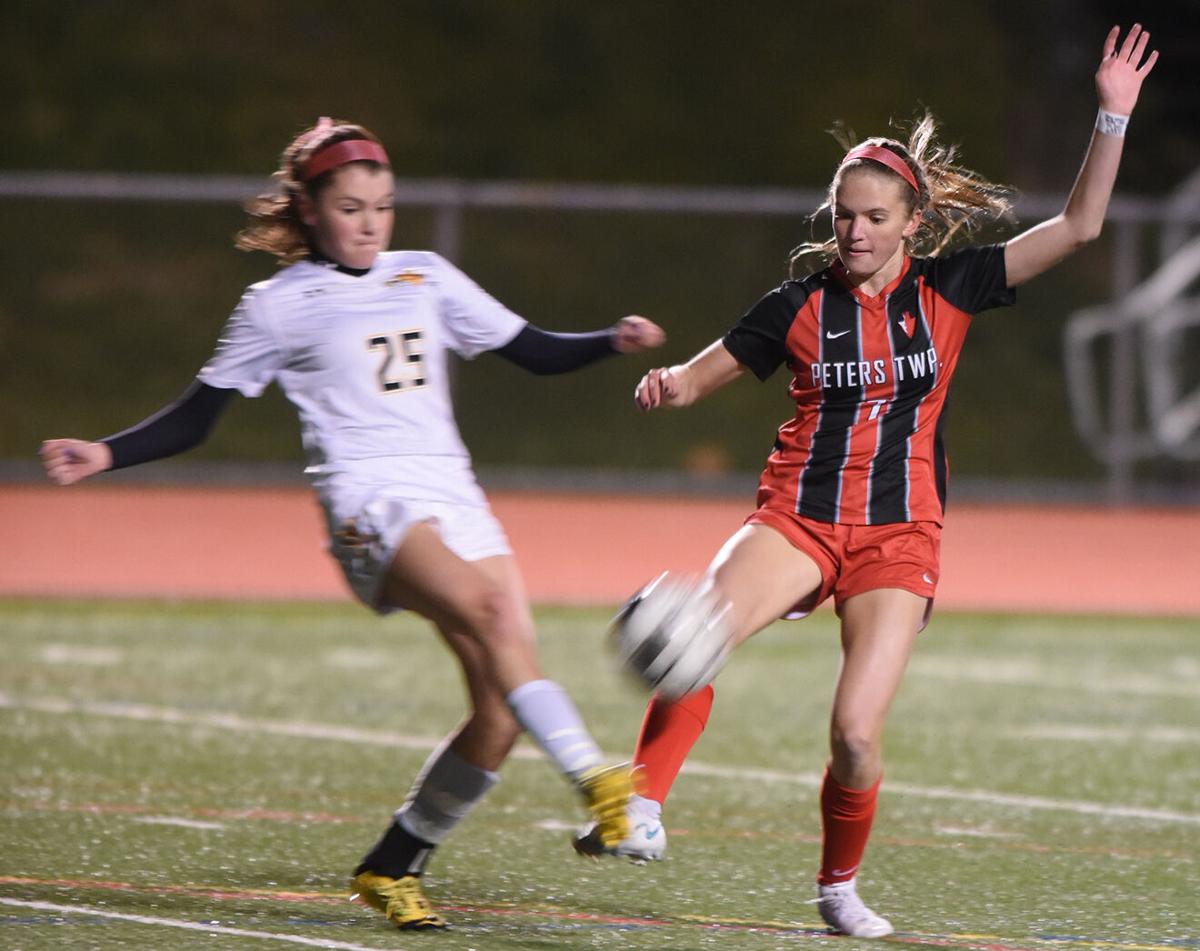 For the second year in a row, the Peters Township girls soccer team’s WPIAL playoff run was ended by North Allegheny.

The Tigers knocked off the Indians 3-0 in a Class AAAA semifinal matched played Nov. 2 in Wexford.

Peters wrapped up its 2020 campaign with an 11-2-1 record, while NA advanced to defend its title against Butler in the championship match. The Indians claimed the Section 2 title, falling only to rival Upper St. Clair, 1-0. The 1-1 tie came against Moon.

“(It was) a difficult year, trying to get through all the restrictions and things of that nature,” PT head coach Pat Vereb, said of competing during the coronavirus pandemic. “But overall, you can’t say it was a poor season when you only lose two games.”

Vereb said the Indians’ season-ending defeat came against a formidable opponent, one that had its season interrupted for two weeks because of COVID-19 issues. The Tigers did not play their final four regular-season games. They beat Bethel Park and Norwin by identical 3-0 scores before facing PT.

“This is one of the best teams in the WPIAL,” Vereb said of NA. “They have some very strong attackers up top. We knew if we made some mistakes, they would punish us.”

Sarah Schupansky punished the Indians as she did the rest of the WPIAL. She scored twice to push her season total to 20 goals.

Despite the defeat, the Indians have high hopes for the future.

Goalkeeper Emma Burrows will be the front runner to take over in net next season, but the Indians carried four additional keepers on the roster, including freshmen Emily Price and Jenna Schweiger and sophomores Rachel Hardy and Lauren Sarniak.

“We just continue to bring more experience into next year,” Vereb said. “A lot of girls will be on their third or fourth year of varsity experience, so the expectations may be a little bit higher.”