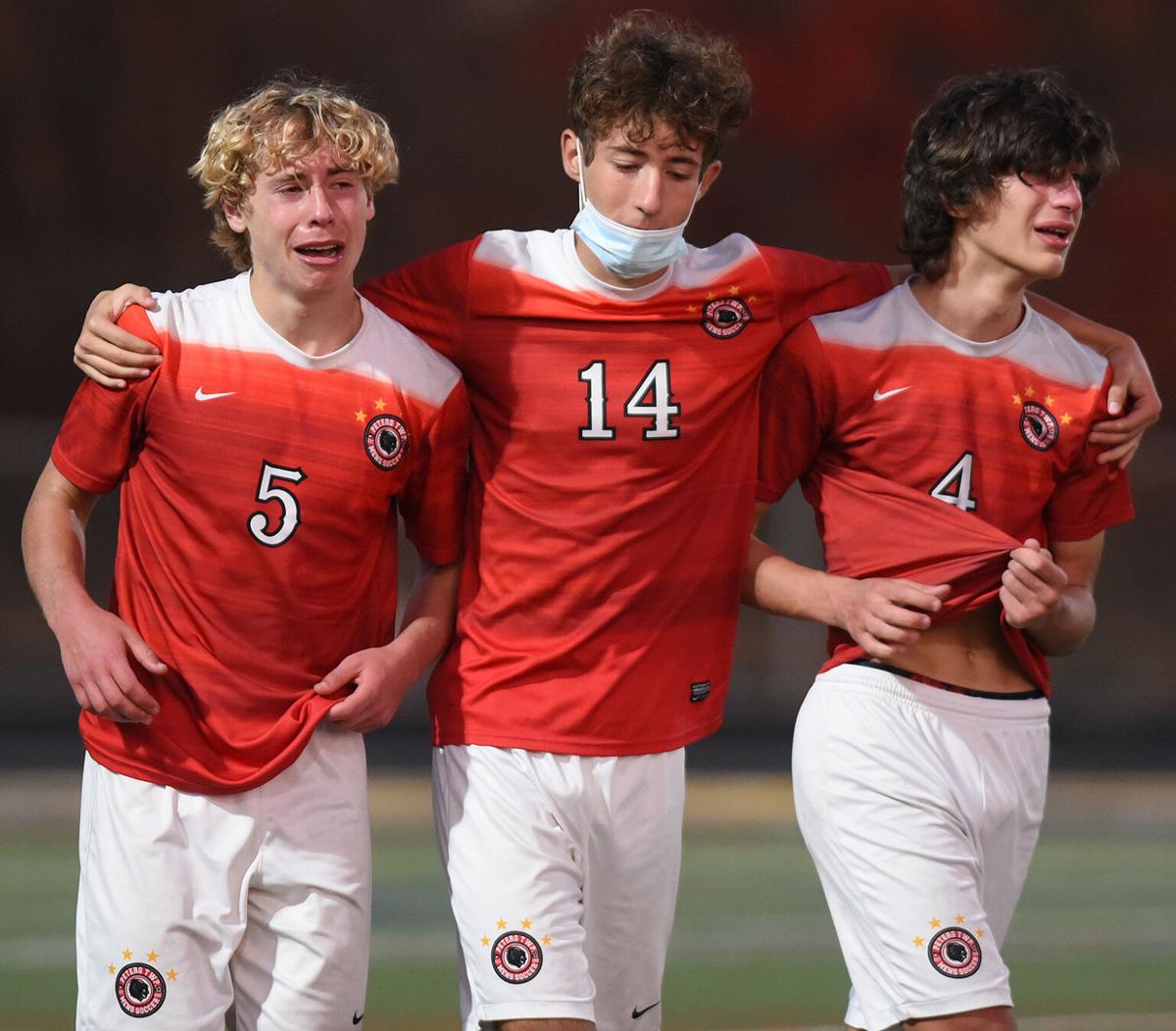 Seneca Valley's Beaux Liznewski rips his jersey off in celebration after scoring the golden goal as the Peters Township defense reacts in shock to its double-overtime loss to the Raiders in the WPIAL Quad-A boys soccer final. 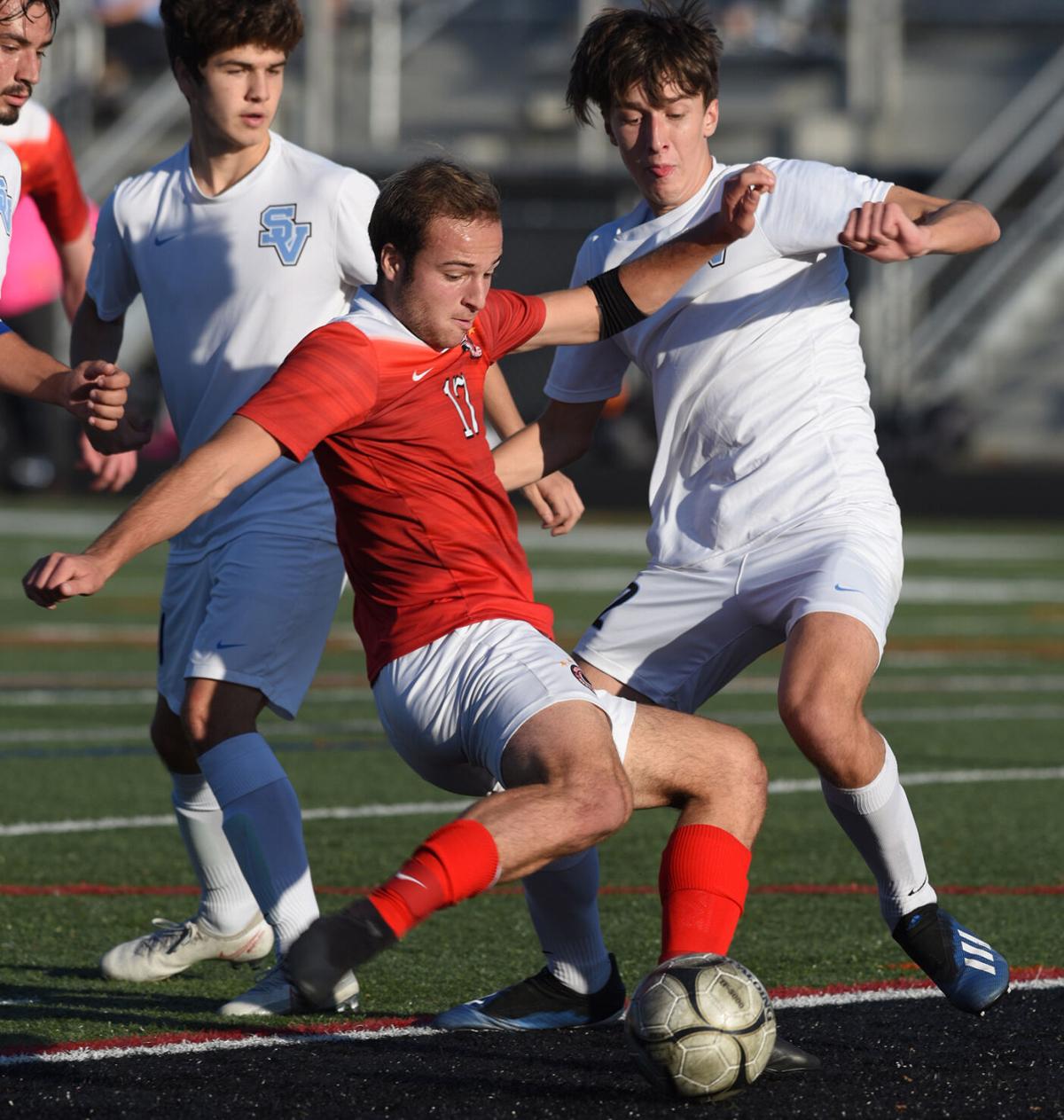 Peters Township's Andrew Massucci (17) strikes the ball for a goal during the first half of the WPIAL Quad-A title game. 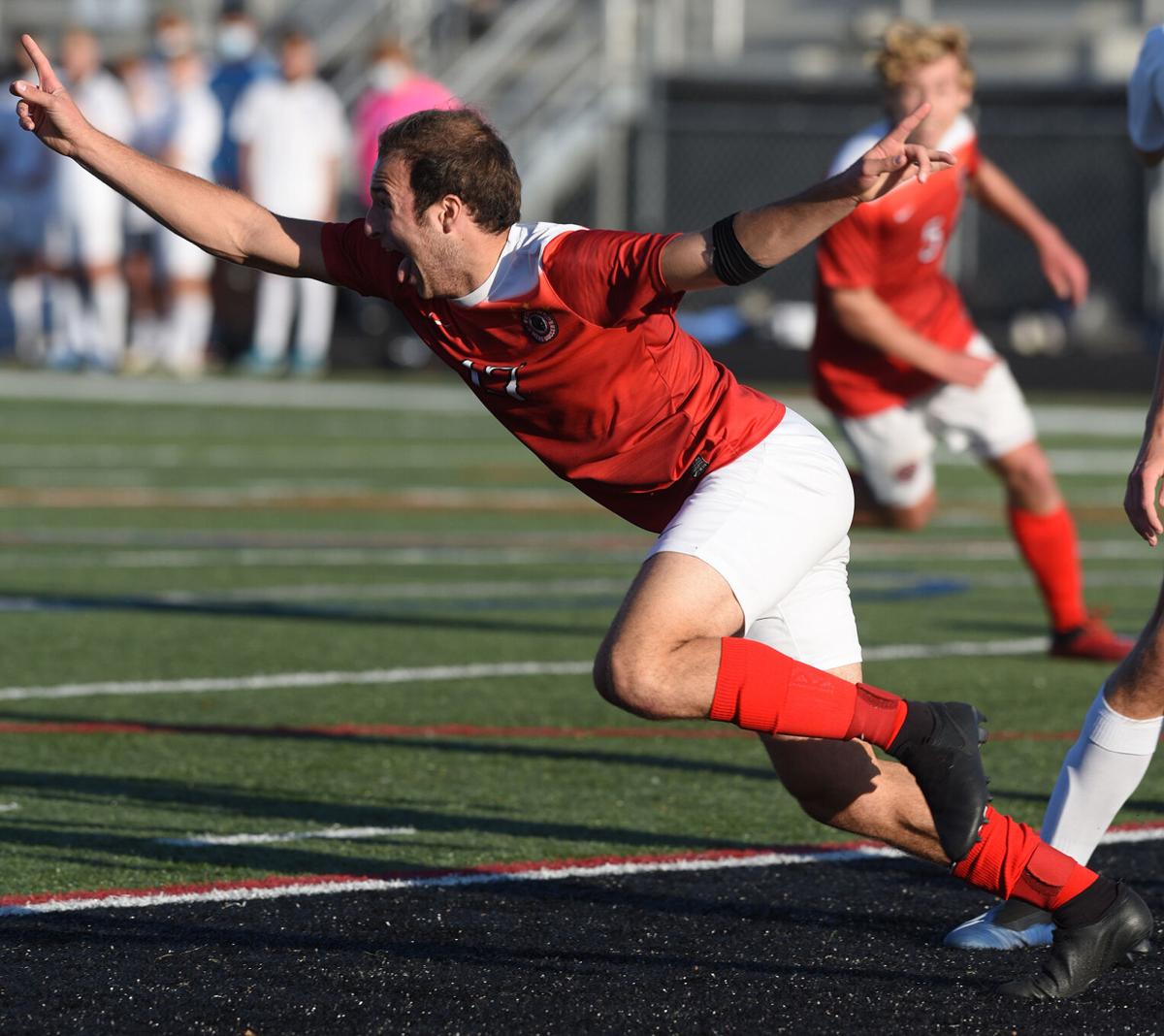 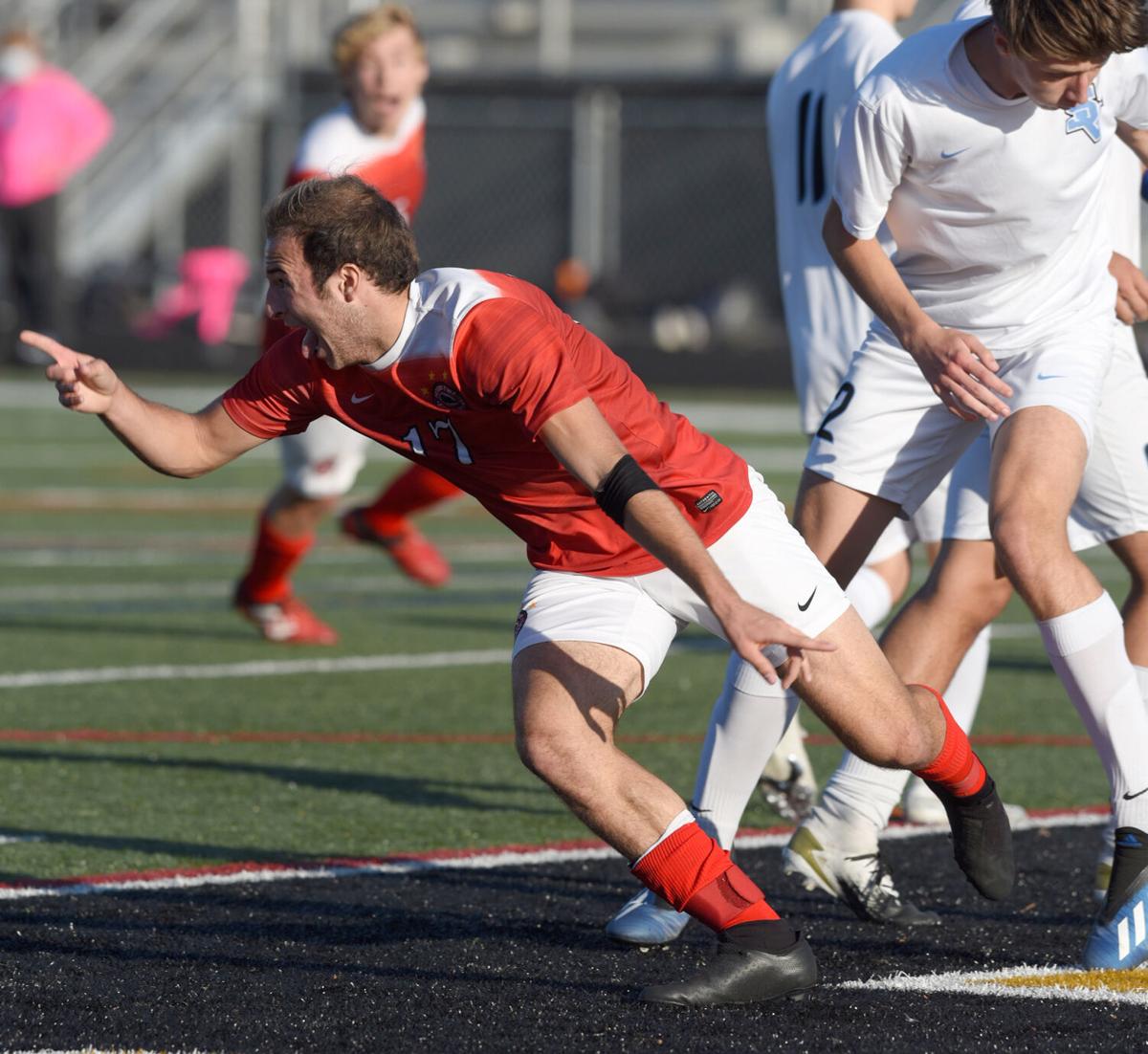 Seneca Valley's Beaux Liznewski rips his jersey off in celebration after scoring the golden goal as the Peters Township defense reacts in shock to its double-overtime loss to the Raiders in the WPIAL Quad-A boys soccer final.

Peters Township's Andrew Massucci (17) strikes the ball for a goal during the first half of the WPIAL Quad-A title game.

Days after the disappointment and dejection of having lost a WPIAL championship, the Peters Township boy’s soccer team had every reason to be ecstatic and enthusiastic about its accomplishments in 2020 and its prospects for an equally productive future.

Despite their 4-3 double-overtime loss to Seneca Valley in the Quad-A final played Nov. 7 at Newman Stadium on the North Allegheny High School campus, the Indians compiled a 13-2-1 record, complete with a section title. The Indians own eight WPIAL titles, four state crowns and two additional PIAA runner-up trophies.

Peters Township rebounded from last year’s 5-9-3 record, while dealing with the coronavirus pandemic. The Indians played a complete schedule.

“I was very proud of how the boys took the entire season in stride and continued to work hard every practice and game,” said PT head coach Bob Dyer. “They embraced the district’s protocol and we avoided being suspended.”

Though the Indians kicked off the season tying Bethel Park 2-2, they reeled off nine consecutive wins before dropping their first match 2-0 to Upper St. Clair. In capturing a 10-1-1 section championship, Peters Township also racked up a pair of wins against rival Canon-McMillan and Mt. Lebanon. The Big Macs were the 2019 WPIAL champion while Lebo was the district runner-up.

The Indians continued their winning ways in dramatic fashion during their playoff run. They posted back-to-back 2-1 overtime victories against Baldwin and Fox Chapel on golden goals from Andrew Massucci.

Massucci scored his 19th goal of the season to lift the Indians to a 2-1 advantage over Seneca Valley in the first half of the championship game.

A junior, Masucci also kicked the game-winning extra point during the Indians football team’s 20-19 WPIAL playoff victory over Gateway less than 24 hours before the soccer final.

“Andrew never misses on our side and they work to accommodate his schedule (for football),” Dyer said.

“He’s a tremendous competitor and one of our hardest workers but he will be the first to tell you that he benefits from the hard work of the players behind him.”

Luke Holmes and Dominic Sambuco dominated in the midfield. The pair combined for a goal off a free kick that enabled PT to open up a 3-1 advantage over the Raiders by halftime.

“I want to thank our senior class for leading this program back to the championship game,” Dyer said. “We had an off year last year and these guys led us back. That’s something not lost on the coaching staff. We owe them a large debt of gratitude.”

In addition to Massucci, the Indians will welcome back Joe Tornari to next year’s roster. Tornari scored the equalizer to make the score 1-1 against SV at the 13:17 mark in the first half.

Beaux Liznewski, however, was up to the task of thwarting the Indians, who entered the tournament at the No. 1 seed. Liznewski scored his third goal of the game with 4:40 remaining in the second overtime period to secure the victory for the Raiders.

“I don’t know what happened,” Seneca Valley head coach George Williams said about being down 3-1 at halftime.

“Peters Township is a strong team.”

Along with Massucci and Tonari, the Indians will be even stronger because they return additional talent for 2021.

“The future is bright,” Dyer said. “But only if we work hard in the off-season to capitalize on the upcoming talent.”