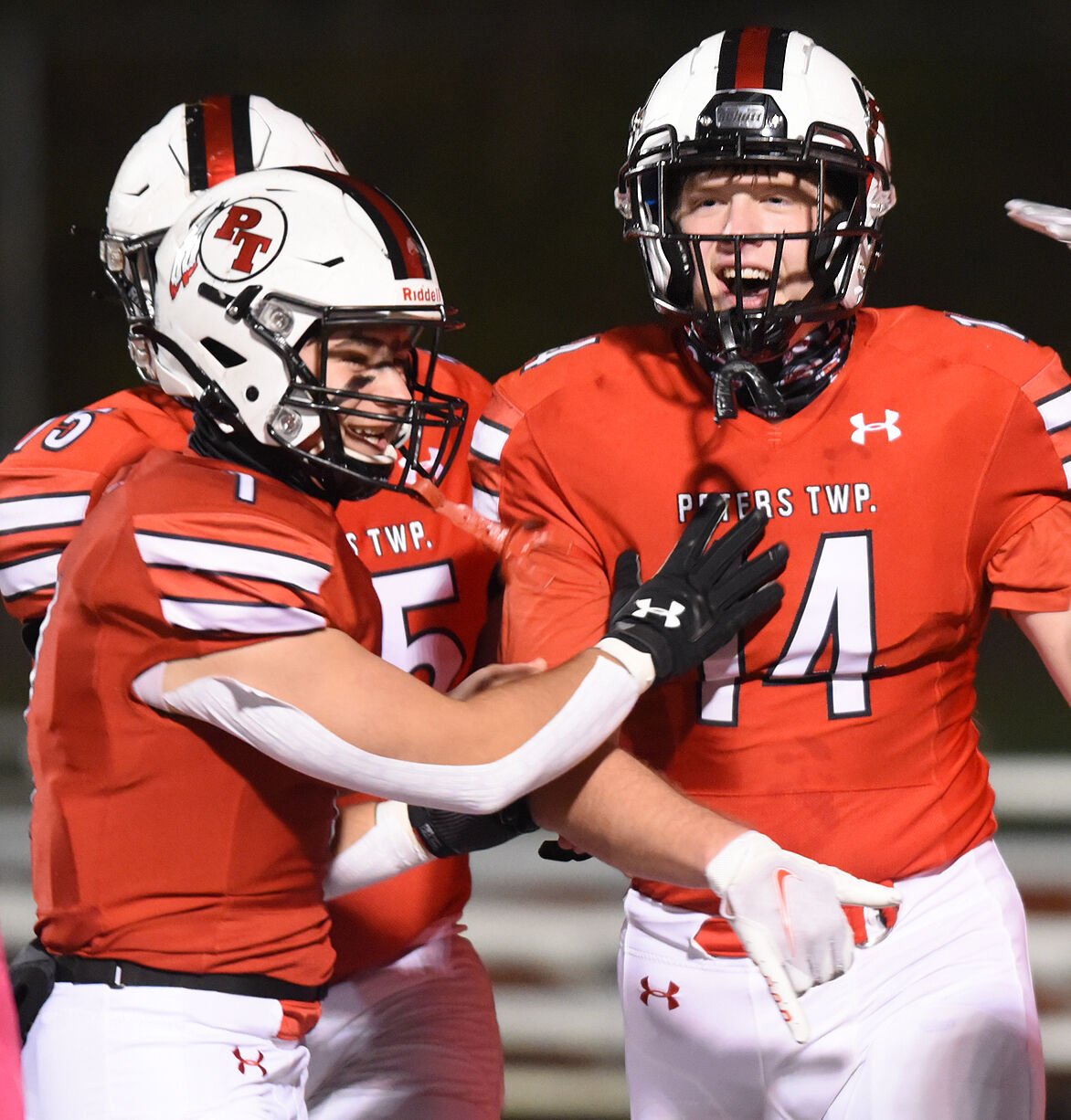 Peters Township defensive back Luke Petrarca (14) celebrates with teammates after his interception return for a touchdown against Woodland Hills. 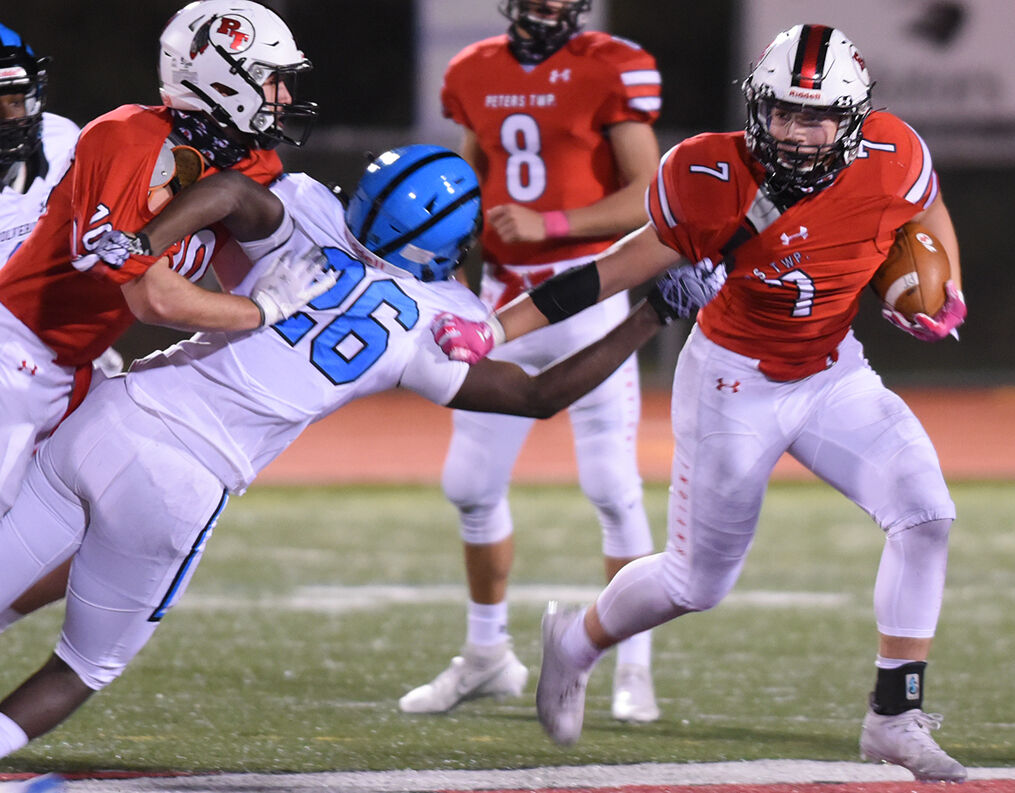 Peters Township defensive back Luke Petrarca (14) celebrates with teammates after his interception return for a touchdown against Woodland Hills.

Editor’s note: This week’s WPIAL playoff games did not end in time to be included in this edition.

Peters Township was the lone area football team to advance in the WPIAL playoffs.

The undefeated Indians (7-0) defeated Woodland Hills 39-6 and moved on to the Class 5A semifinals to face Gateway (5-0), a 14-0 victor over Penn Hills. The winner plays in the WPIAL Championship game set for 7 p.m. Nov. 14 at North Allegheny High School.

PT’s Luke Petrarca excelled in the win against the Wolverines.

He returned an interception 20 yards for a touchdown and a fumble 48 yards for another score.

Nico Pate added two more touchdowns on runs of two and one yards. He finished with 123 yards on 22 carries. Vinny Sirianni rushed for a four-yard touchdown.

Cole Spencer did in the Lions as he broke the Pine-Richland record for career touchdown passes. The Penn wrestling recruit tossed three scoring strikes to Eli Jochem. Jochem also returned an interception for a touchdown.

SF finished the season at 4-4 overall.

In Class 6A, Central Catholic shut out Mt. Lebanon, 35-0. The Blue Devils finished 4-3 overall. They tied the Vikings for second place in the Quad County Conference behind undefeated North Allegheny.

In Class 4A, Belle Vernon defeated Chartiers Valley, 49-21. The loss ended one of the Colts’ finest seasons. They finished 6-2 overall and runner-up to Aliquippa in the Parkway Conference.

Sam Pocci factored in CV’s other scores. He threw a three-yard touchdown to Lamont Payne then hauled in a six-yard scoring strike from Socrates Boulis.