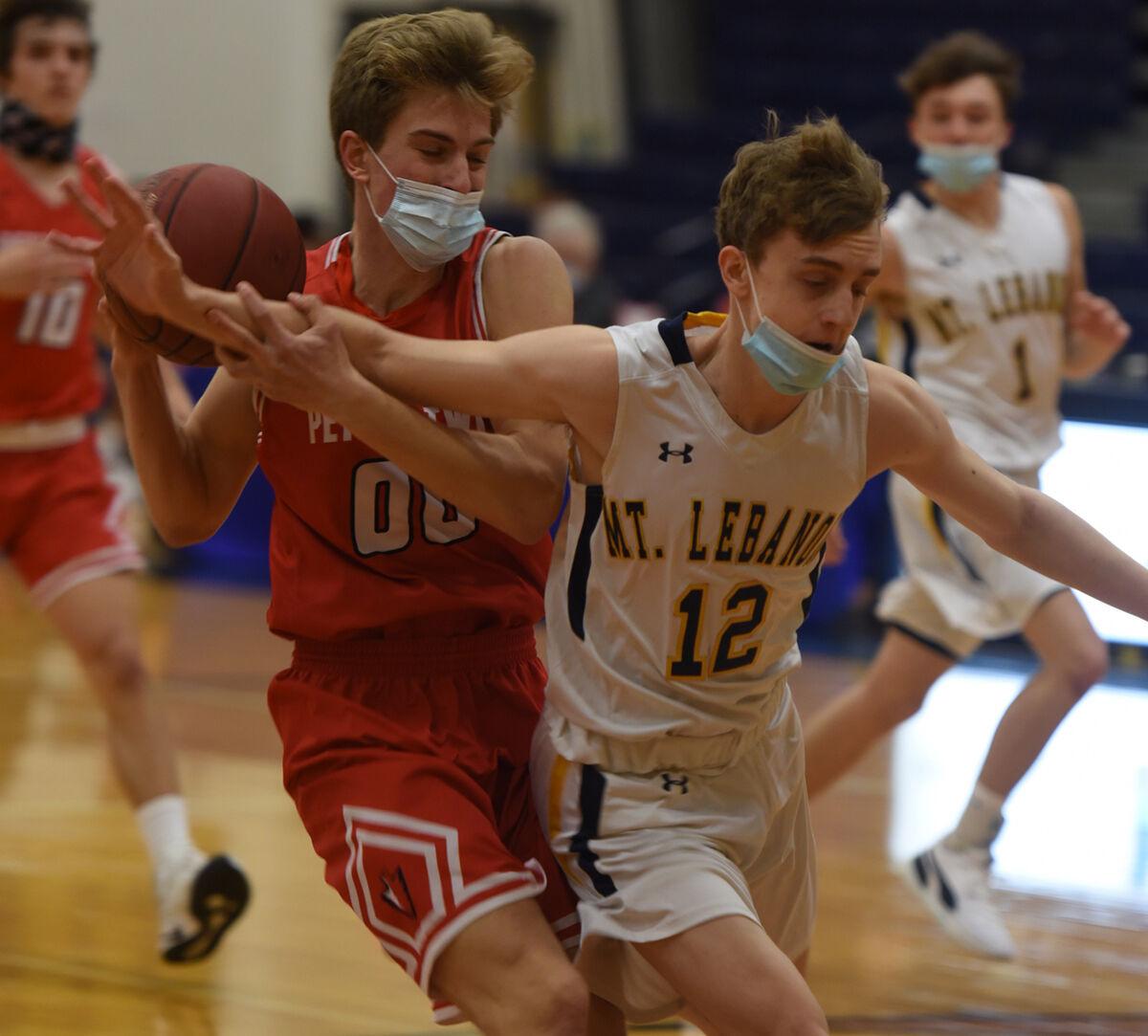 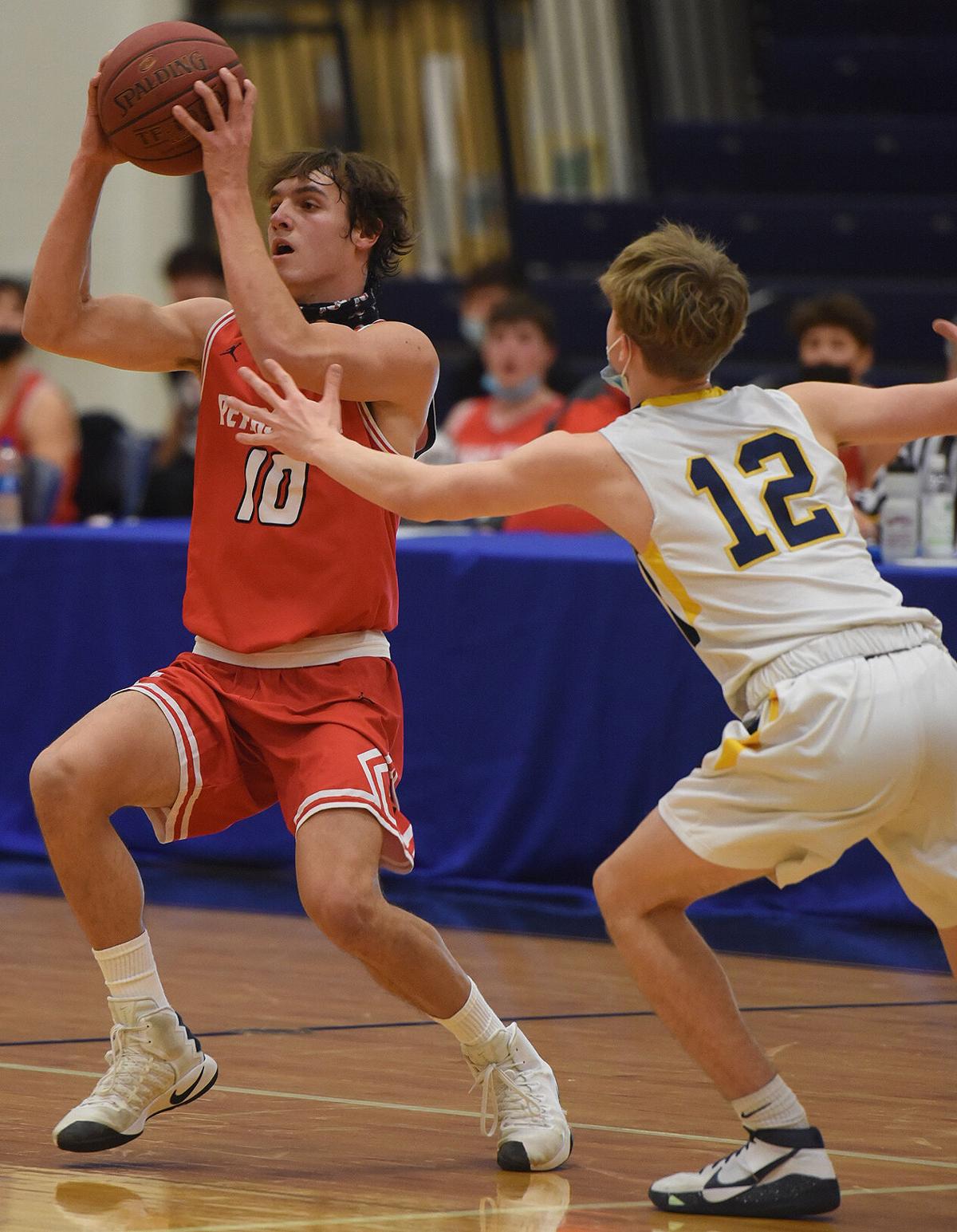 Peters Township’s Logan Pfeuffer looks to pass while being defended by Mt. Lebanon’s Michael Pfeuffer during a recent game. 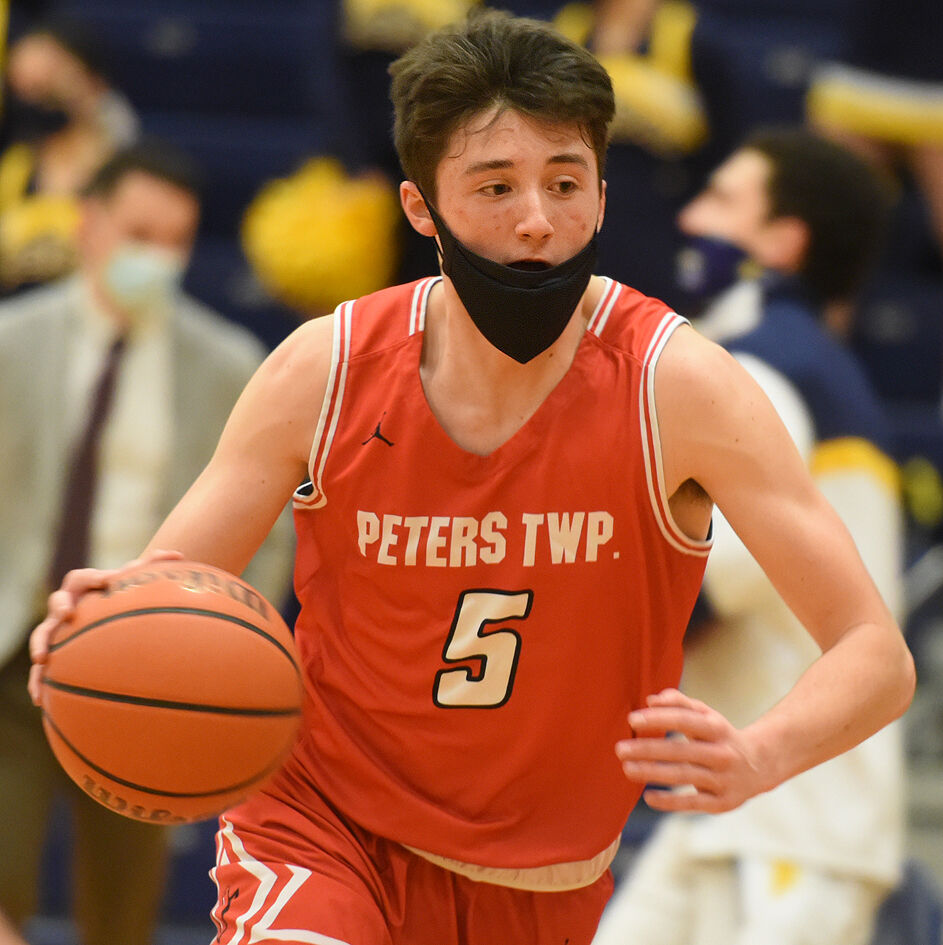 Peters Township’s Logan Pfeuffer looks to pass while being defended by Mt. Lebanon’s Michael Pfeuffer during a recent game.

“I’m proud of how are guys are embracing a new style but there is a learning curve,” said Urmann, who was hired at the end of April.

Urmann said the Indians would have made bigger strides where it not for the pandemic. Peters Township was unable to compete in any summer or fall leagues.

“With a young team like ours, it would have been huge for us to play together and learn some lessons during that time,” he said.

The Indians, indeed, are young, learning and still dealing with the ramifications of the COVID-19 crisis.

PT is one of the many WPIAL teams opting to wear face masks during games and practices.

“We make no excuses about COVID restrictions. All teams are in the same boat,” Urmann said. “Our guys have been playing hard and are starting to understand the ebb and flow of this style (we play).”

The Indians lost a great deal of experience from last year’s 14-11 playoff team that lost in double overtime to eventual WPIAL champion, Butler, before being knocked out of the PIAA tournament by Erie McDowell.

Colin Cote, who averaged 17.5 points and 5 rebounds per game, and Sam Petrarca, who added 15 points, 8 rebounds, 3 assists per game, both graduated from that team.

PT’s 2021 roster boasts only three seniors. Julian Masco played the most minutes as a returning starter at guard. Logan Pfeuffer, the quarterback of the school’s back-to-back WPIAL runner-up football teams, and James Garcia are the other seniors.

According to Urmann, each has displayed excellent leadership abilities.

Gavin Cote demonstrated scoring potential as the junior scored 16 points in the loss to Lebo. He also scored 26 points, 12 off four, 3-pointers in the loss to North Hills.

In PT’s first section encounter, the Indians overcame an early eight-point deficit and trailed 28-26 at intermission. Lebo, however, got hot from beyond the arc and put the Indians aways, outscoring the Indians, 24-11 and 11-6, in the final two quarters.

“I thought our defense was solid,” said Urmann. “We guarded the three-point line fairly well but they got some timely made threes from offensive rebounds that hurt us, especially at the start of the third.”

Urmann said 36 of Lebo’s 50 shots in the game were from three-point range. Similarly, he said PT’s missed lay-ups led to layups on the other end.

Lebo’s ability to space the floor and “move the ball” contributed to the PT loss, Urmann said.

“We expect our guys to be tough both physically and mentally. I’ve always believed that is something that can be developed,” Urmann said. “We expect to compete every time we step onto the floor. We expect to play hard, smart and together.

“Our offense has a long way to go. We need to find ways to get better looks and be more efficient on offense,” he added. “That’s something I feel we have the most opportunity to improve upon.”