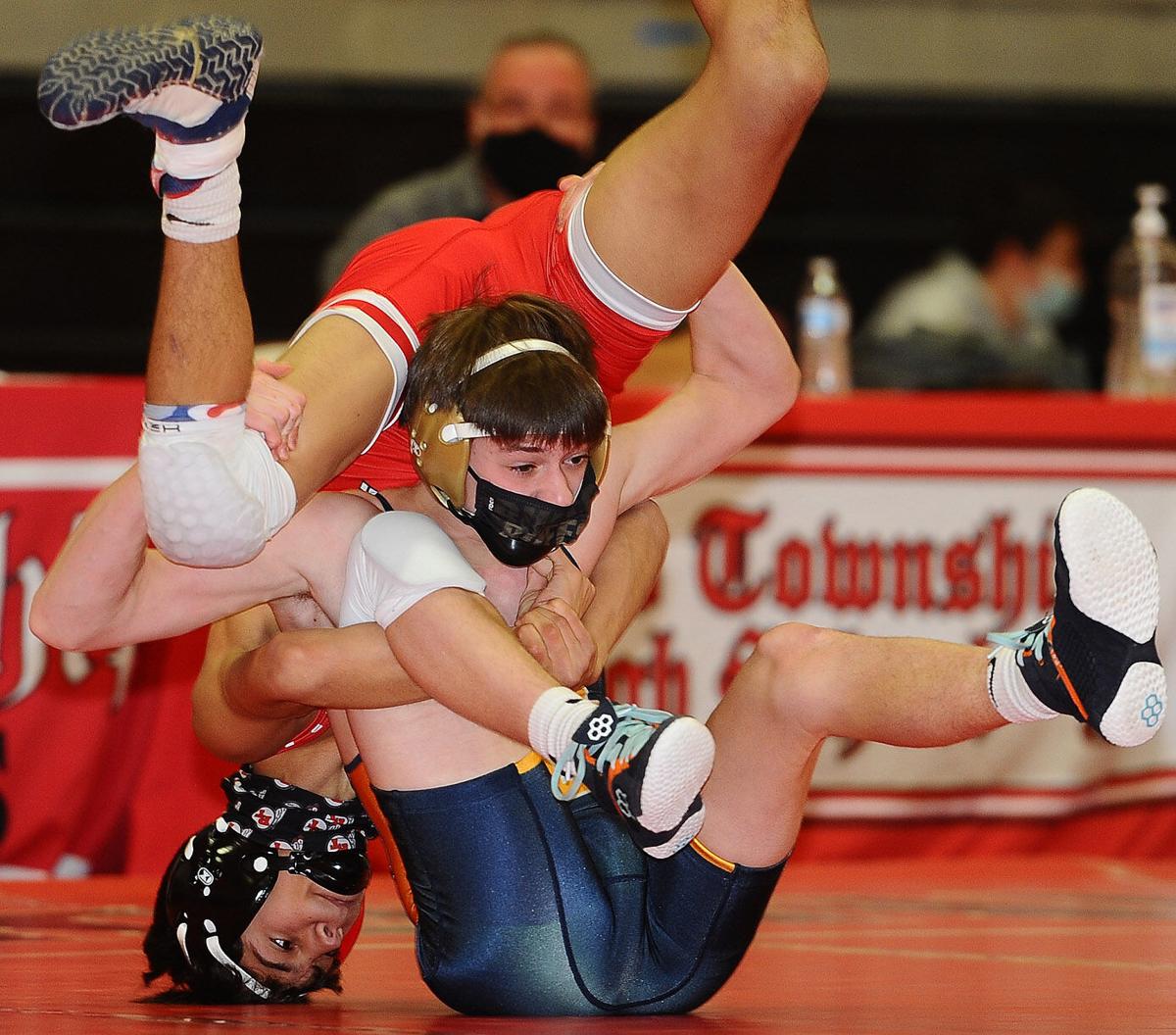 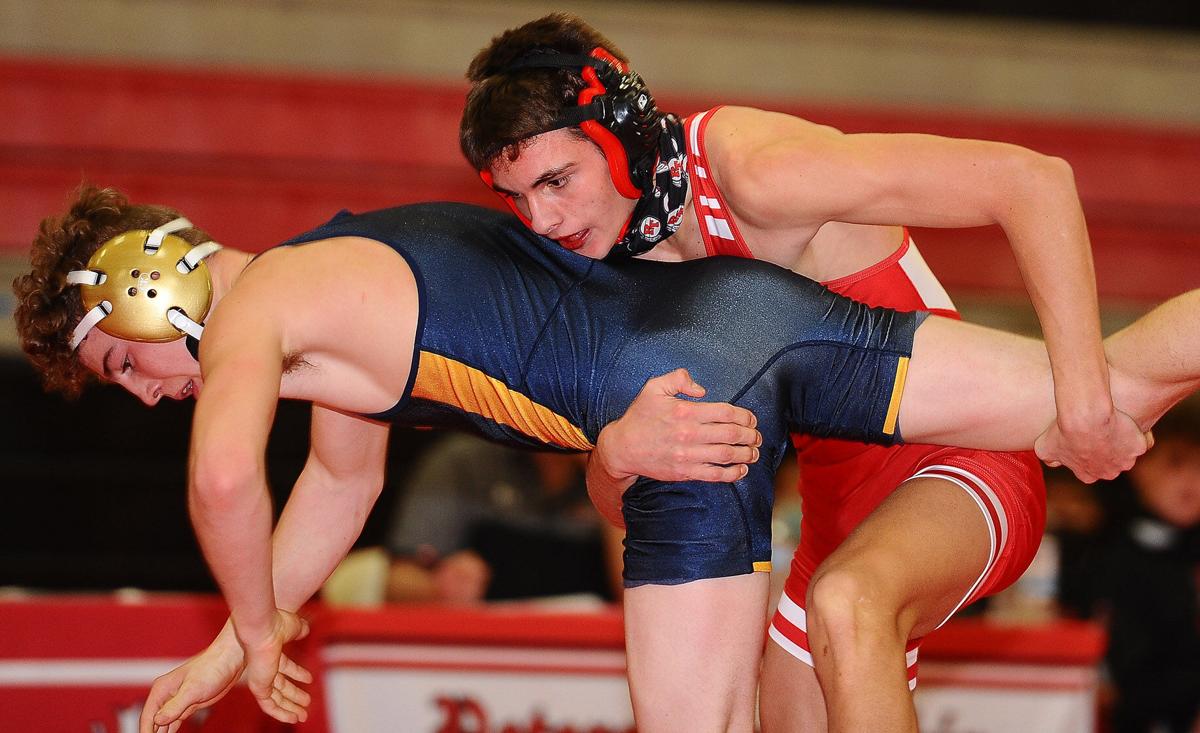 Peters Township's Phil Nave turns Mt. Lebanon's Alex Tambouratzis on his back en route to a pin in a 215-pound bout.

Peters Township's Phil Nave turns Mt. Lebanon's Alex Tambouratzis on his back en route to a pin in a 215-pound bout.

Three consecutive pins coupled with a technical fall helped Peters Township turn a nine-point deficit into a 44-30 victory against Mt. Lebanon in a WPIAL Class AAA, Section 4B wrestling match.

The Indians improved to 4-0 in section and 7-1 overall.

Henry Meyers, Jackson Spiteri and Luca Attanucci fueled the victory. Their falls coupled with a forfeit win by Issac Meyers at 106 turned a 24-15 deficit into a 39-24 edge.

Spiteri’s pin came with just 8.8 seconds remaining in the 120-pound bout while Attanucci’s was recorded with 49.5 seconds left in the 126-pound match.

Noah Schratz started the match with an 8-3 decision for Peters Township at 145.

Lebo also registered falls at heavyweight with Ben Streiff and Sam Mago at 138. Patrick Dunn scored a forfeit win at 172.

Kevin Collins record his first varsity pin and it was a decisive fall as Bethel Park clinched a 39-34 victory over Chartiers Valley in the final bout of the match.

A senior, Collins is in his third year of wrestling. He has been in and out of the Hawks’ starting lineup.

“Kevin is not a lifelong wrestler so this was very exciting,” said BP head coach Tim Crawford. “He’s a humble, shy kid and I couldn’t be happier. His time was great.”

Dylan Wentz also recorded a timely win. The junior had the only other fall in the match. The pin also was a first for Wentz.

The Colts opened the bout with a similar combination – a fall from Dylan Evans at 138 and forfeit win by Anthony Trout at 145 – to forge a 12-0 advantage.

Christopher Beatty’s major decision at 172 coupled with Josh Sarasnick’s pin at 215 along with Kevin Beatty’s forfeit win at 285 vaulted CV into the lead 28-18 before BP rallied.

A forfeit win by Ashton Sadowski at 126, set the stage for Collin’s heroics at 132.

“When we won the toss, I knew the match would come down to the wire,” Crawford said. “It was huge and great that two of our inexperienced guys rose to the occasion and answered the call. This is so beneficial for their confidence and for us as a team.”

In Section 4B action, Upper St. Clair dropped a 42-33 decision to Ringgold.

With a pin from Andrew Pirnat at 215 and a decision from Tim Pollock at heavyweight, the Panthers had amassed all the points it would garner, leading the match, 33-6, before dropping the final six bouts, four by forfeits and two by falls.

The Panthers also dropped two matches during the Burgettstown Duals.

Tim Pollock was the lone winner in a 65-3 loss to the host Blue Devils. He defeated Joey Baronick 3-0 at heavyweight.

During a 40-22 loss to Chartiers Valley, Martin scored a major decision at 152. Shileds, Pollock and Jaden Keating all won by forfeits to complete the Panthers’ scoring.