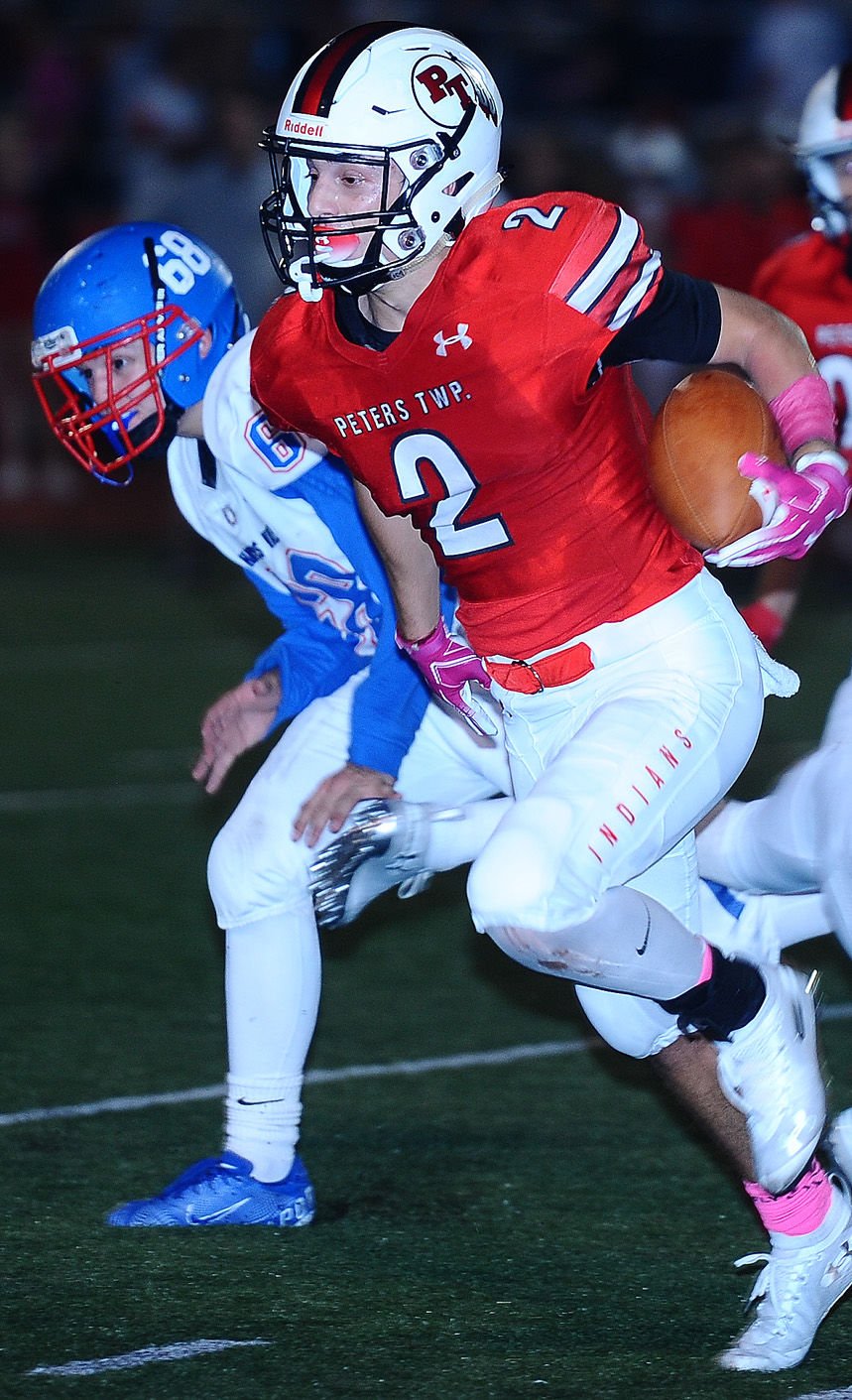 Aidan McCall turns the corner and bolts 72 yards for a Peters Township touchdown against Chartiers Valley. 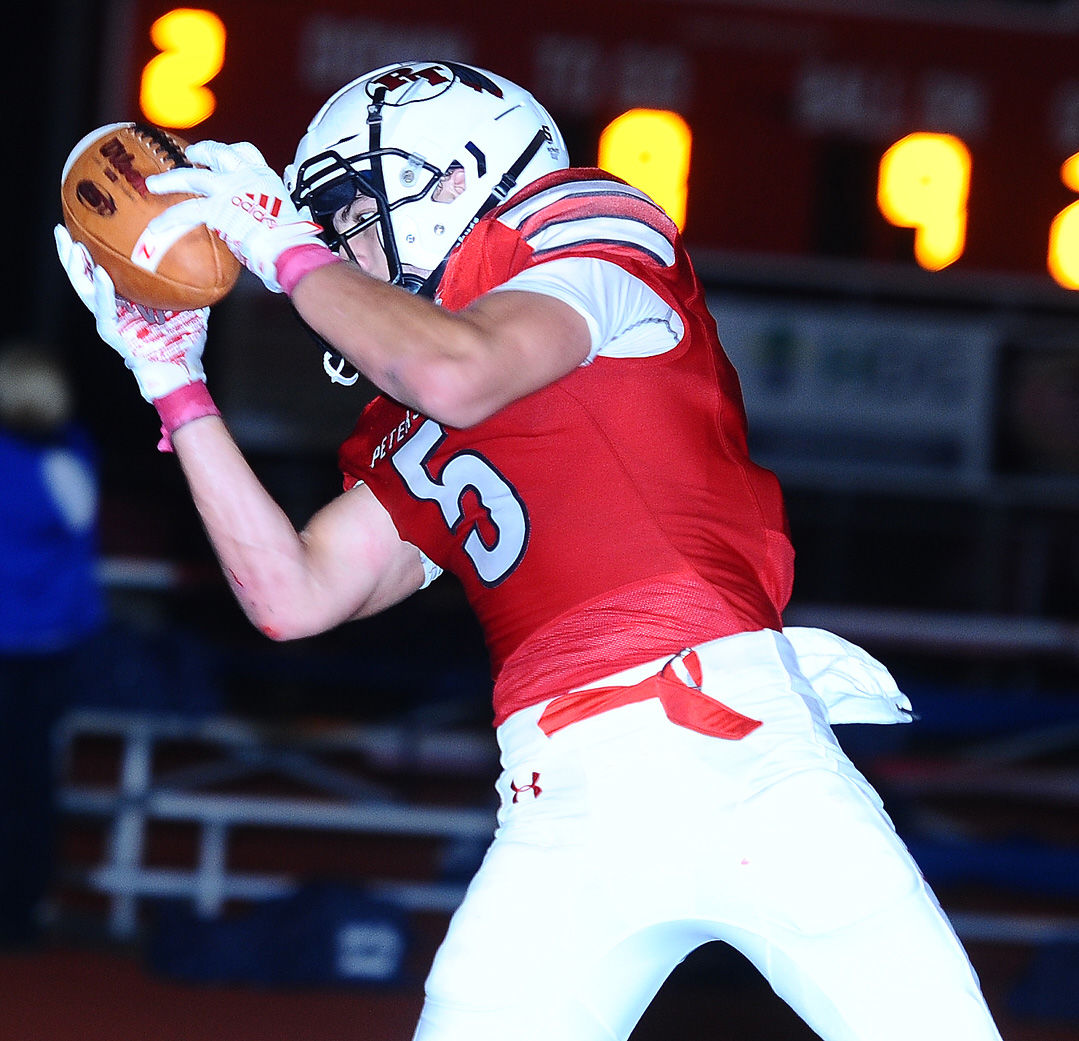 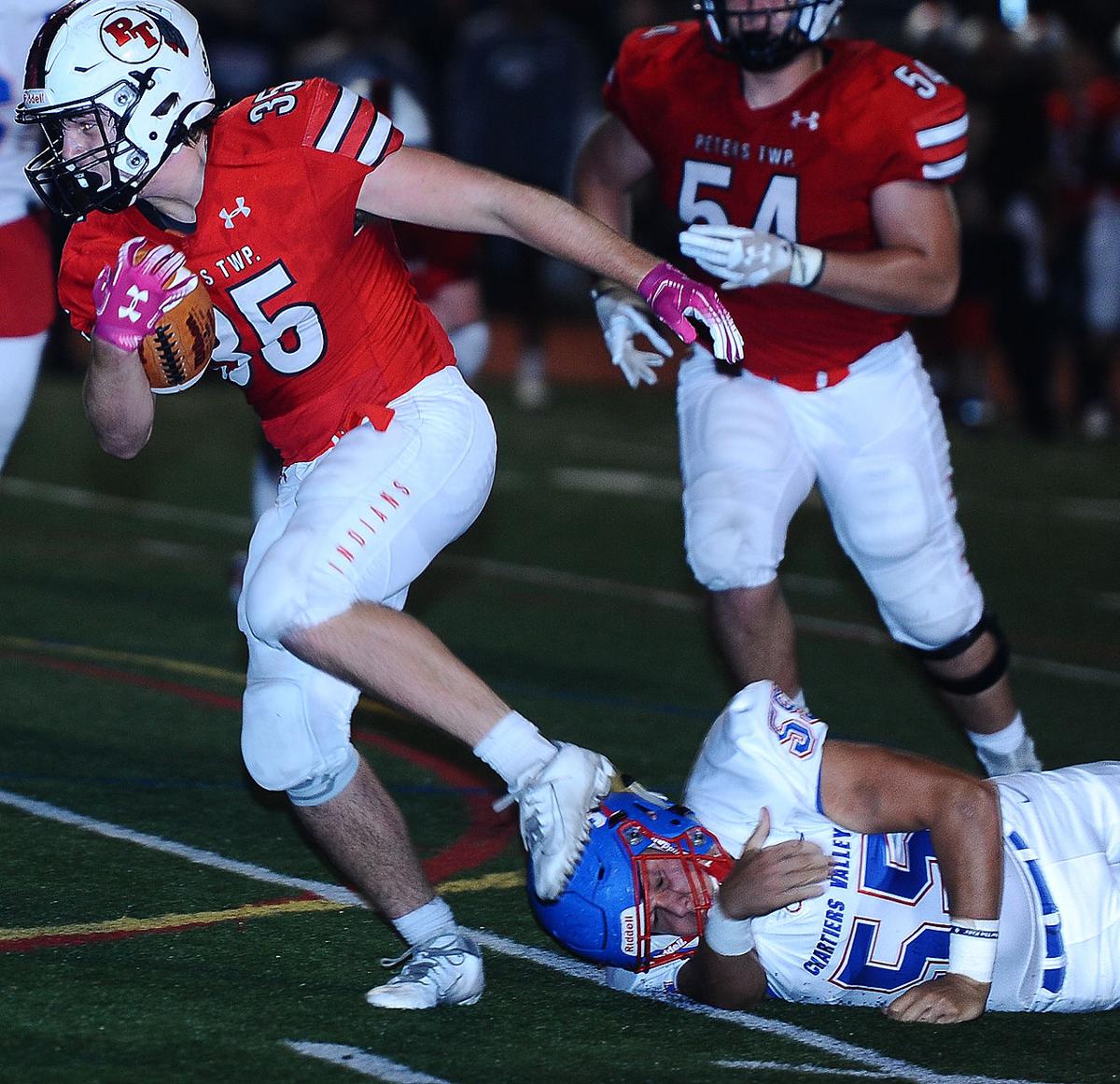 Aidan McCall turns the corner and bolts 72 yards for a Peters Township touchdown against Chartiers Valley.

In less than a handful of years, T.J. Plack has geared his program exactly for this moment.

The Peters Township coach couldn’t help but think about it Friday night in the immediate wake of his team’s 43-14 victory over Chartiers Valley.

“It’s going to be a great Friday night. A great game,” Plack said.

“When we came here, we wanted a rivalry with anybody that would listen to us,” he added. “We have some people right down the road.”

Bethel Park is more than just in PT’s backyard. Plack lives in Bethel Park and his children attend schools in that district.

Both teams are tied for the top spot in the league with Moon (4-1, 6-2). The Tigers, who defeated Upper St. Clair, 20-6, last week, handed the Indians their only loss in Week 7 of the regular season.

PT rebounded nicely from its lone blemish of the season.

The Colts opened and closed the scoring as Anthony Mackey darted 32 yards into the end zone in the first quarter and Abe Ibrahim hauled in a 16-yard scoring strike from Socrates Boulis with 4:53 left in the contest.

In between, it was all Peters Township.

“Definitely,” Plack said, “we’re pleased with how we recovered from the loss. We played a good team in Moon. We knew (CV) scores a lot of points and we were worried about matching their points.”

PT took a 16-7 lead into the intermission.

“We came out and did an adequate job in the first half,” Plack said, “but the second half, we really put it together and put everything behind us and just played football. We got momentum back.”

Josh Casilli jumpstarted the Indians. The Penn recruit caught 9- and 28-yard touchdowns from Logan Pfeuffer, who completed 19 of 22 passes for 215 yards.

Casilli, who finished with 91 yards receiving, also returned a punt 80 yards for another touchdown.

Aidan McCall rambled 72 yards for a score. He had four catches for 33 yards.

Ryan Magiske and Vinny Sirianni rushed for 4- and 5-yard scores. For the game, they rushed for 83 and 73 yards, respectively. Magiske also had 53 yards on four receptions.

Meanwhile, it was Joey Moeller who completed Baldwin’s upset over Bethel Park, 32-28. He kicked a 22-yard field goal in the second overtime to seal the Highlanders’ victory over the Black Hawks.

BP overcame a 21-7 deficit and scored twice in the final quarter to force overtime. Both teams scored touchdowns in the first extra session, but Sean McGowan registered his third touchdown run of the game.

After the Black Hawks recovered an onside kick, Anthony Chiccitt connected with John Wodarek for a 33-yard reception then capped the tying drive with his one-yard plunge into the end zone.

Moon kept pace with PT and BP when the Tigers handed USC its second conference loss.

David Pantelis had eight catches for 46 yards for USC.

The Panthers play Chartiers Valley this week and wrap up the regular season Oct. 25 with a game against Bethel Park.

In the loss to the Rams, Blue Devils quarterback Joey Daniels threw for 68 yards. Sam Lakota was the top receiver with 57 yards.

Cole Spencer torched the Lebo defense for 308 yards passing and four touchdowns. He also rushed for another score and 28 yards.

Raman Alamada tossed scoring strikes of four and five yards to Charley Rossi and Joey Audia while Drew Franklin rushed for the other touchdown, on a 4-yard dash.