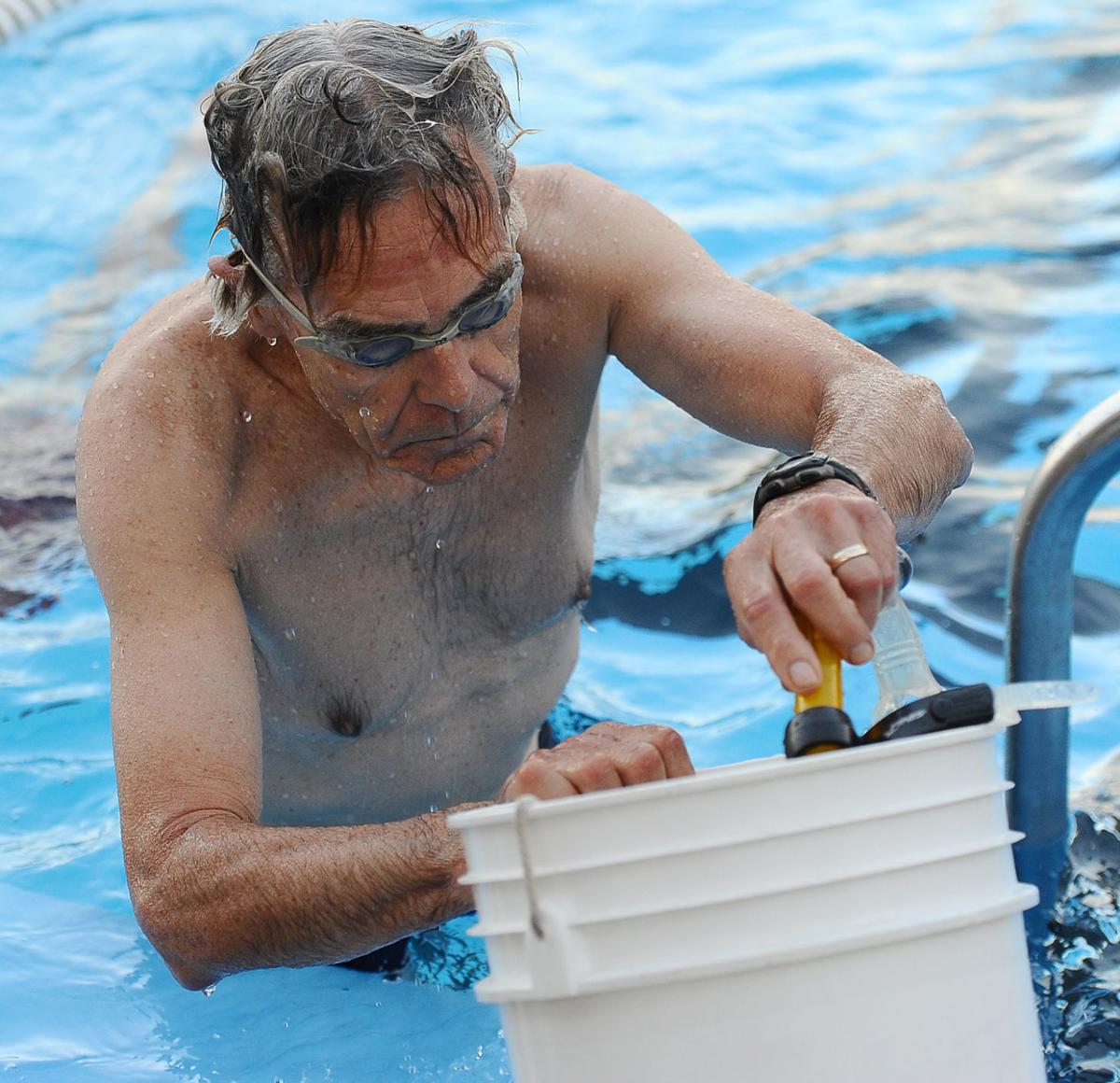 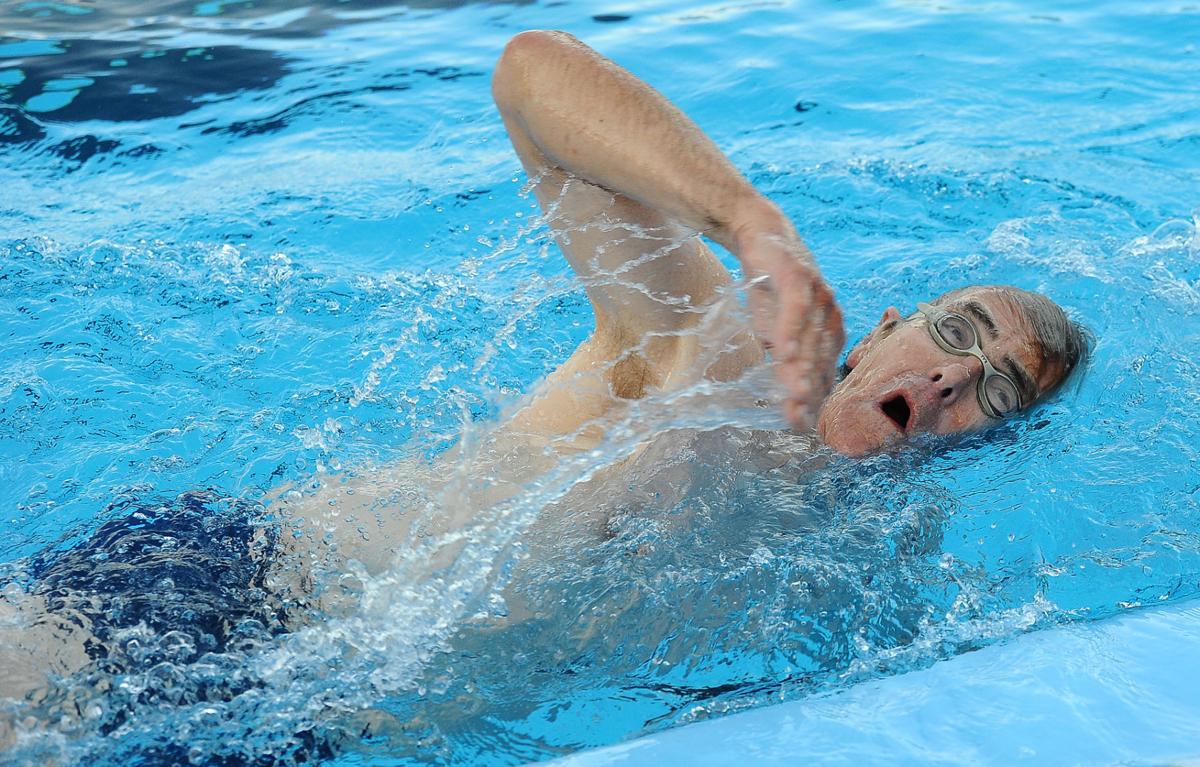 Matt Simon works on his freestyle during his morning workout. 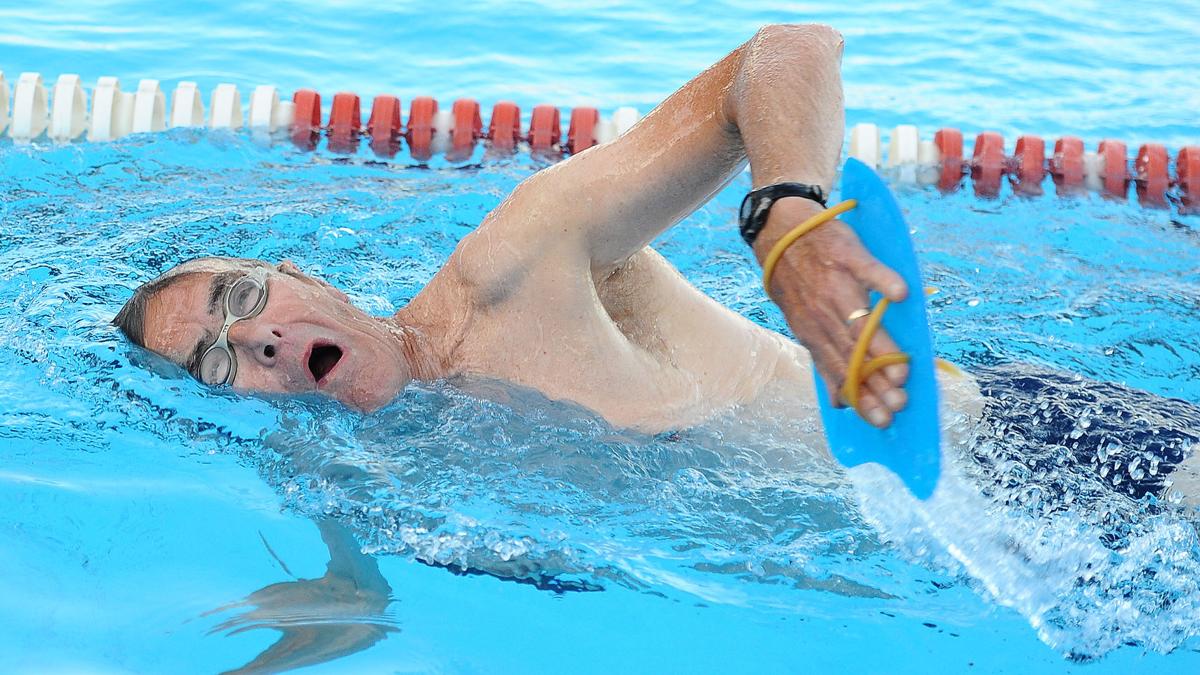 Matt Simon uses paddles to work on his stroke technique.

Matt Simon works on his freestyle during his morning workout.

Matt Simon uses paddles to work on his stroke technique.

Matt Simon acknowledges not being a very good runner in high school.

“God put me on earth so that no one else had to feel bad about finishing last,” the Peters Township octogenarian said.

After pounding the pavement for 50 years, Simon said he “seriously started” cycling. He then attempted triathlons. He has participated in the three-sport competitions for the past 18 years.

“Then my body started to fall apart,” he said.

Simon continued biking and swimming, but he walks now instead of going on runs. Plus, he’s passionate about yoga.

So when the response to the COVID-19 epidemic shut down masters swimming programs across the continent, Simon had no trouble adapting. Simon said he maintained his daily 90-minutes exercise routine, which includes some of the calisthenics he picked up after he had his hip replaced in 2016.

“It was not very difficult for me,” Simon said. “I continued all my workouts. I just wasn’t in the water. I did everything else.”

Simon, however, is delighted to be back in the pool. A masters swimmer for 25 years, he recently switched from the Chartiers Valley program to the Mt. Lebanon Aqua Club, which is conducting workouts from 6 to 7:30 a.m. Monday, Wednesday and Friday at South Hills Country Club in Whitehall.

“It’s great. I really like it — great coach, great people,” Simon said. “It has been a wonderful experience.”

Simon, 82, been married to his wife, Mary Anne, for 25 years. He has four grown children: Matt, Brian, Karen and Steven.

The Chicago native used his business degree from University of Detroit to run a small company near St. Clairsville. Since 1993, he made the hourlong commute to Ohio from McMurray.

“I was working with a lot of country folk that had never gone beyond high school. So we had a business that was really depended upon computers and very quantifiable. A craft-supply business catalogue,” Simon said. “It was really fun to work with these people to really teach them how to use the computer to get more information and to run the business.”

Simon also said he enjoyed the part of the business where he could utilize his creativity.

“We were selling project ideas for guys that wanted to make stuff for their basements and garages,” he said. “I used to make a lot of prototypes and would always come up with ideas. So that was a lot of fun.”

Simon enjoys taking a dip in the pool for his 3,000-meter workout.

“Swimming is a good exercise,” he said. “It’s a good combination of aerobics and total muscle workout. It’s different.”