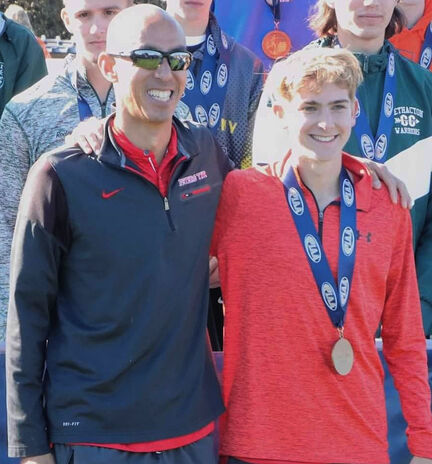 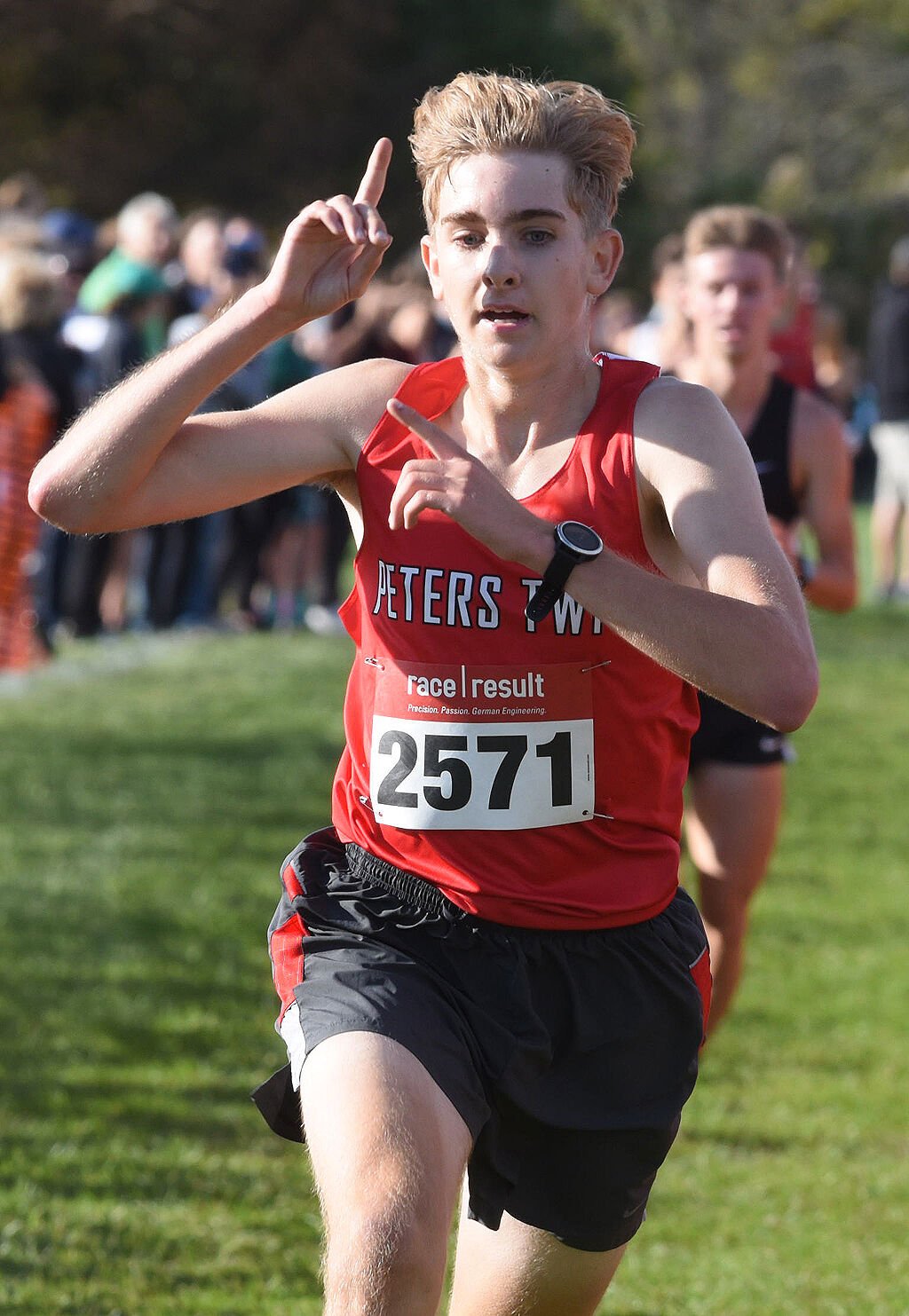 Peters Township junior Brett Kroboth has run with and against some of the best competitors in the state.

Now he is aspiring to affix his own stamp on the WPIAL and PIAA cross country scene.

Kroboth finished in fifth place at the state championships Nov. 6 in Hershey and after a fourth-place performance at the district finals Oct. 29 at California University of Pennsylvania established him as one of the runners to watch in 2022 spring track and fall cross country seasons.

“They are phenomenal runners,” Kroboth said. “CJ is going to Notre Dame and Drew is an unbelievable sophomore. It’s a pleasure to run against them. It helps me. Inspires me. They are good role models for running.”

At Peters Township, Kroboth had his own examples to emulate.

First, there is Nick Wolk. A Pitt graduate, he recently became the first runner to win both the 5K and 10K races in this year’s 44th running of the Richard S. Caliguiri City of Pittsburgh Great Race. He broke the 5K record with a 14:10 time and finished the 10K in 30:49.

While at Peters Township, Wolk won WPIAL titles in cross country and track. An all-state performer, he finished as high as fourth in the state in cross country. He holds the school record for the 1,600-meter run in track.

“Nick is a Peters Township legend. An awesome runner and great role model,” Kroboth said. “I’m not sure I can get his marks.”

Temple runner Zack Marmol was a senior when Kroboth entered high school. Marmol placed eighth at the PIAA and sixth at the WPIAL championships his senior year at Peters Township.

“Zach has been a big brother to Brett. He saw his potential and they started training together all through the cancellation of the spring season due to the pandemic in 2020,” said Wu. “Zack’s been a real mentor to Brett.”

Kroboth has placed an emphasis on nutrition and hydration this season.

In addition to enlisting a nutritionist, Kroboth brings a Playmate cooler to daily practices and he eats and hydrates properly before races. He credits his WPIAL finish this year to a “carbo-loading” dinner at Olive Garden the night before the race and a taco burger served up on the school menu the day of the competition.

“I didn’t eat the day before last year’s race and I couldn’t feel my legs. I learned you don’t do that,” he said.

Kroboth also developed a knack for visualizing his races. The method worked at states.

“Brett had a strategy in his head and executed it,” Wu said. “He didn’t change anything by starting out too fast. He just hung with the pack and went faster later in the race.”

Wu is now expecting Kroboth to build upon his current success for this senior campaign.

Kroboth begins with the Footlocker Northeast Regionals being held in New York later this month. He continues through the winter prepping for the spring track season, where he is focusing on running a sub-4:20 in the 1,600 and sub-9:20 in the 3,200.

As a senior, Kroboth plans to win the WPIAL championships and earn a Divison I scholarship. He said Penn State is his dream school.

“Brett’s fifth-place at states gives him confidence and going to New York will give him experience. He will see where he stacked up against kids from other states,” Wu said.

By his senior year, Wu added, Kroboth wants to qualify for nationals, which are held in San Diego. A runner has to place in the top 8 at his regional meet.

“Brett is up for any challenge and he performs well under pressure,” Wu said. “He is going to train hard and smart. He has a lot of support from the PT alumni as well as the WPIAL runners and coaches that if he stays healthy and takes it one day at a time he can achieve his goals.”

Brett Kroboth was the only area male runner to place in the Top 25 during the PIAA cross country championships held Nov. 6 at Hershey.

Among the other local participants and their finishes and times were: