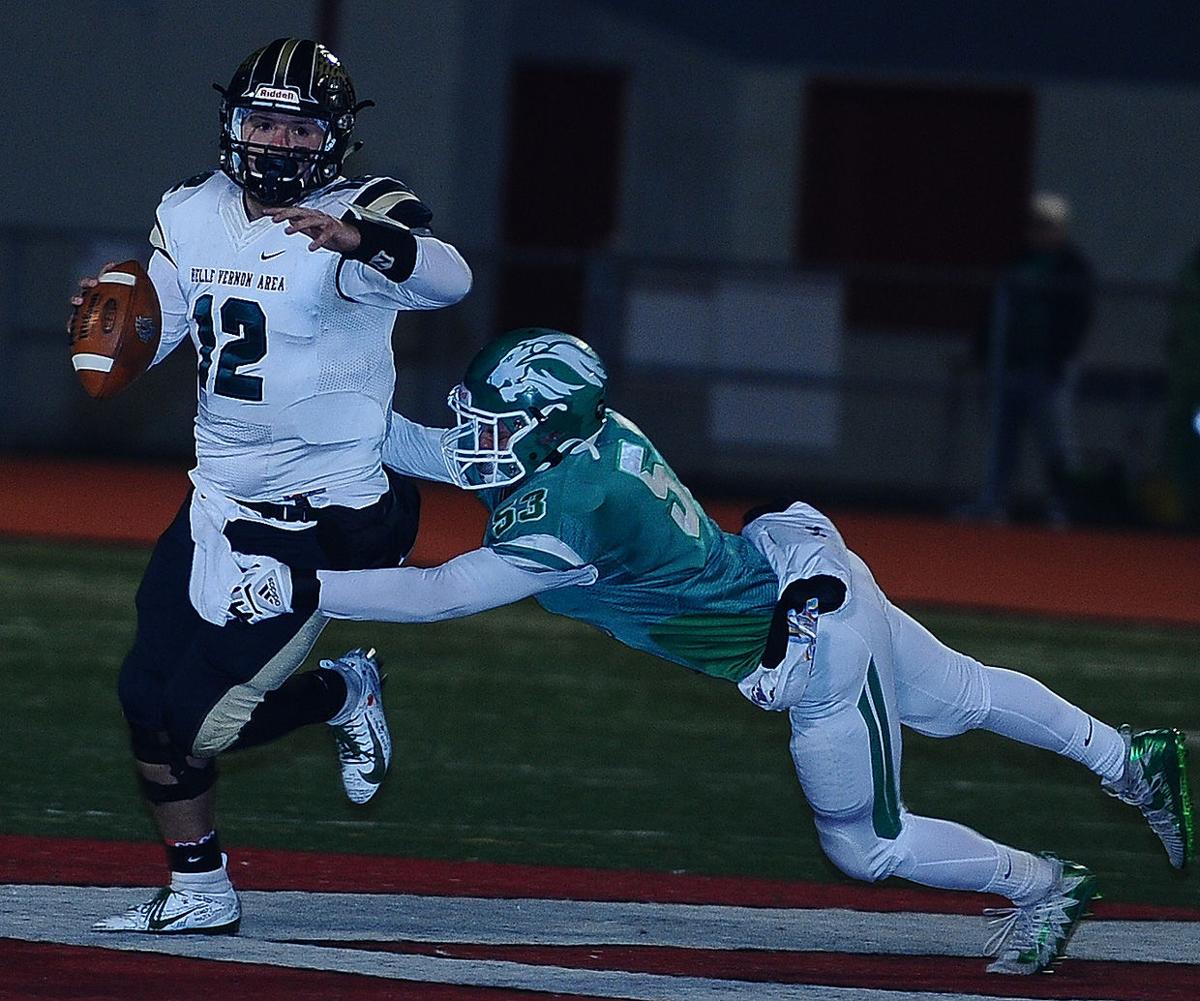 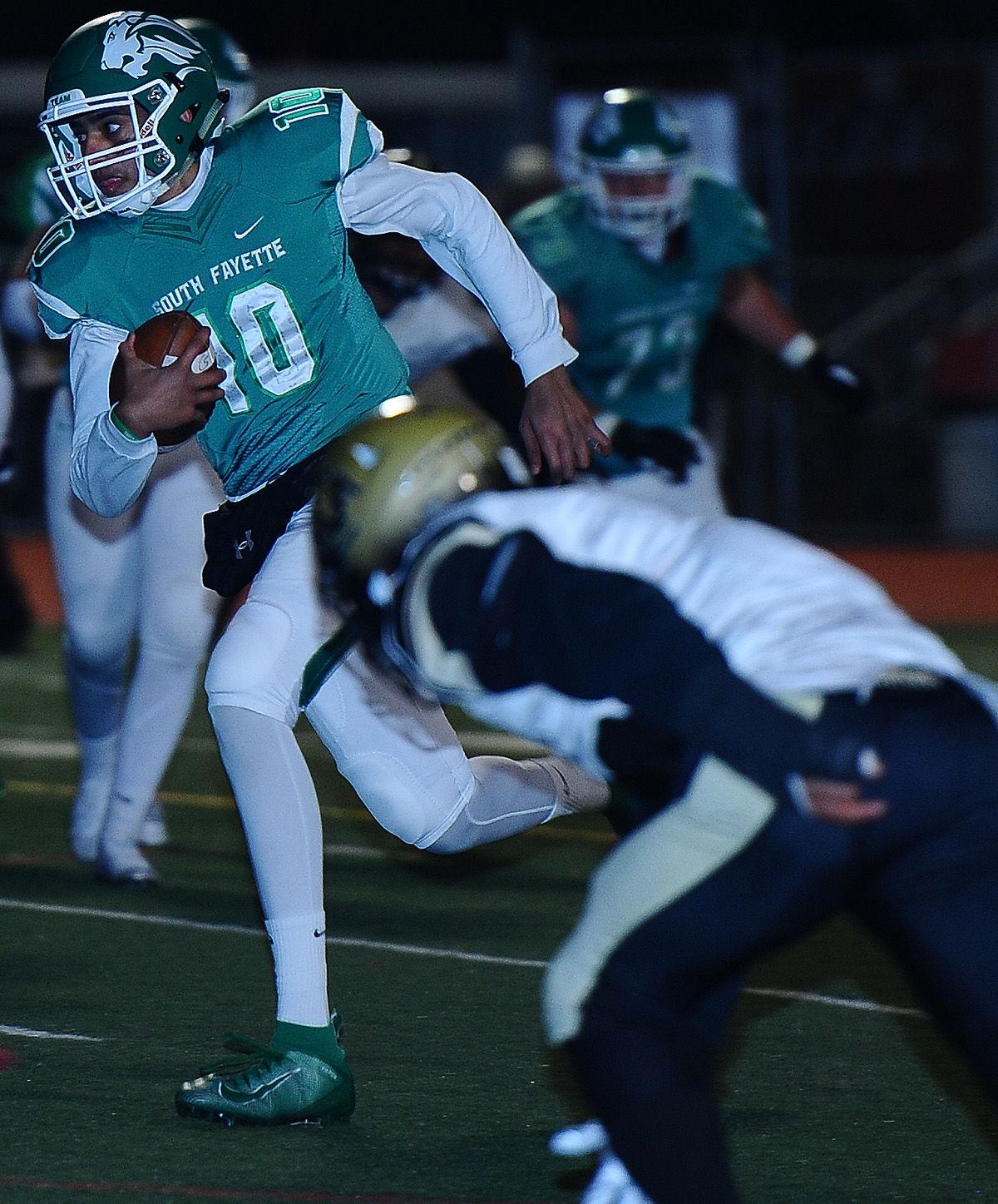 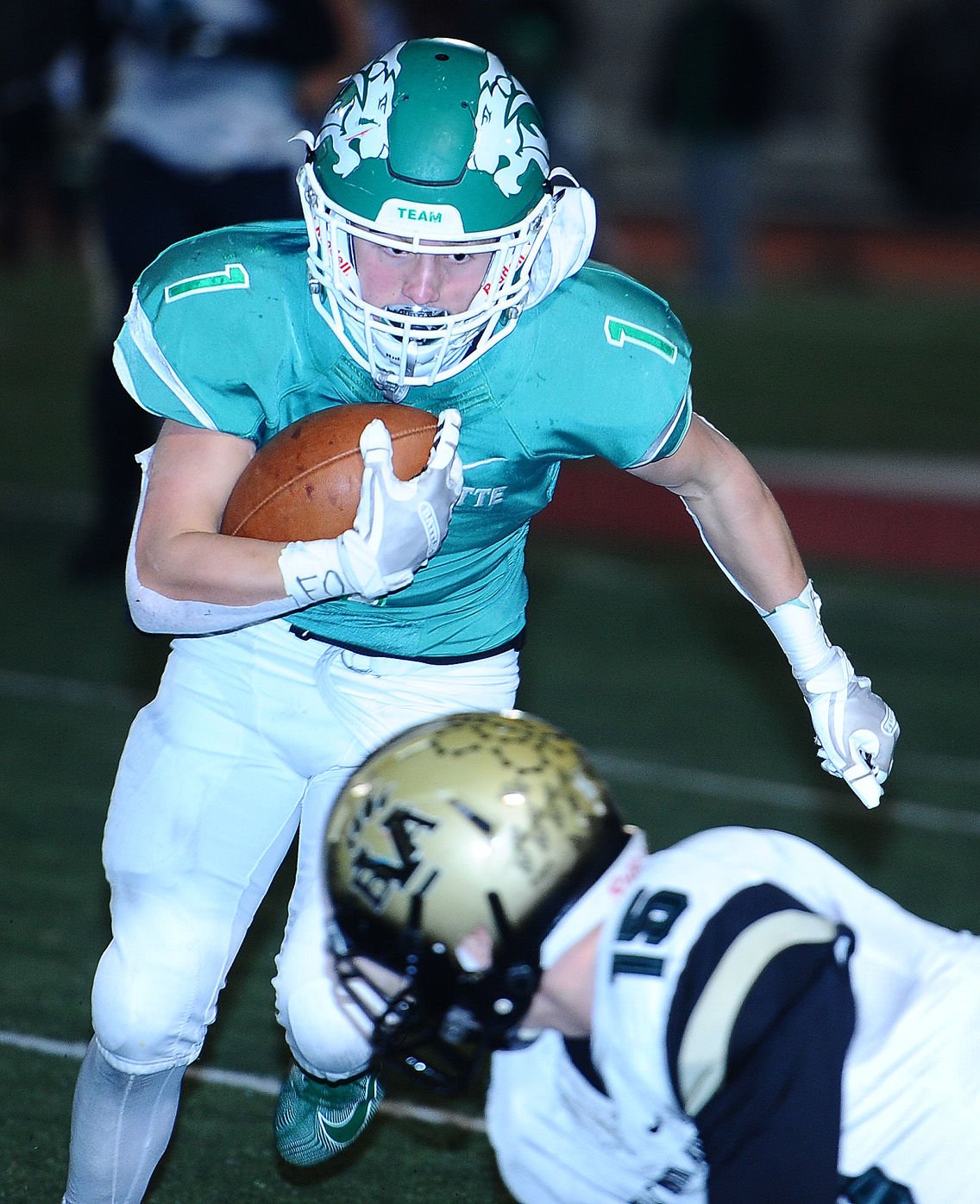 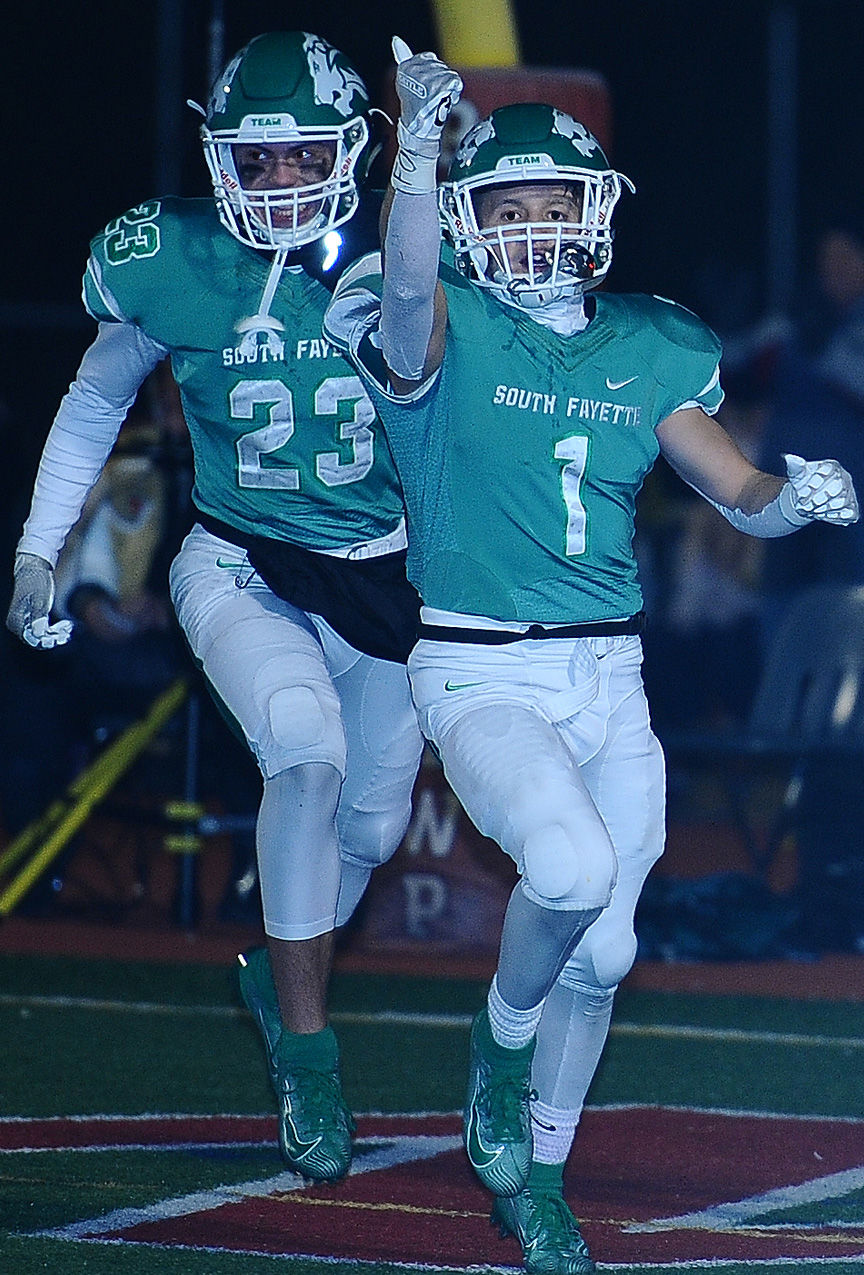 Peters Township (11-1) was the lone survivor among area football teams Friday night in the WPIAL playoffs.

Peters Township avenged its lone 21-13 loss of the season at Moon Oct. 4 and propelled the Indians into the Class 5A semifinals for the second straight season. Peters Township will square off against Penn-Trafford (11-1) at 7 p.m. Nov. 15 at a site to be determined.

Peters Township depended upon a variety of weapons to dispatch the Tigers.

Logan Pfeuffer completed 10 of 14 passes for 159 yards and two touchdowns –48- and 31-yard scoring strikes to Aidan McCall and Josh Casilli.

Casilli rolled up 129 yards rushing on just five carries. He had 54 more yards on two receptions.

McCall led all receivers with 90 yards on five receptions.

PT, which is limiting opponents to 8.3 points per game, did not allow Moon to score until the final quarter.

However, a low-scoring contest between the teams may not necessarily be anticipated as last year Peters posted a 38-35 victory over the Warriors when they met in the WPIAL quarterfinals.

USC was unable to advance to the final four with a 31-7 loss to No. 1 Penn-Trafford.

Ethan Dahlem passed for 67 yards and rushed for 104 more to lead the Panthers’ offensive attack. He provided USC with a brief 7-3 lead over the Warriors with a 1-yard touchdown run with 7:15 left in the second quarter.

The Warriors relied upon Gabe Dunlap, who passed for 72 yards and one score, while also picking up 176 rushing yards and two more touchdowns on the ground to dismiss the Panthers.

Bethel Park put a scare into No. 2 seeded Gateway (10-2) before falling 17-13 in another Class 5A quarterfinal showdown at Norwin.

The Gators scored the game-winner with 38 seconds to play when Patrick Body hauled in a 28-yard touchdown pass.

The Black Hawks had taken a late 13-10 lead on John Gummo’s 25-yard field goal with 2:41 remaining in the game. The senior kicked a 23-yard field goal in the third quarter.

Anthony Chiccitt also scored in the third quarter on a one-yard run. The senior quarterback nearly led Bethel Park to an upset, completing 11 of 17 passes for 145 yards.

Bethel Park’s Jehvonn Lewis and Sean McGowan hauled in four receptions each for 68 and 50 yards, respectively. McGowan rushed for 76 yards on 23 carries.

In Class 4A, South Fayette failed in its quest to return to Heinz Field. The Lions have won six WPIAL titles, including last year’s upset win against Thomas Jefferson.

Belle Vernon, however, prevented a rematch of the 2018 championship when the Leopards scored 20, fourth-quarter points to punctuate their 41-30 victory.

Devin Whitlock and Larry Callaway rushed for touchdowns of 10 and four yards for Belle Vernon, but a big blow came when Hunter Ruokonen returned a fumble 24 yards for BV’s final score.

Ruokonen caught five passes for the Leopards for 66 yards and a first-half score of 41 yards. Nolan Labuda added 8 catches for 119 yards and two scores of 69 and 19 yards.

Jared Hartman completed 14 of 17 passes for 164 yards to pace the Leopards while Callaway finished with 140 rushing yards.

South Fayette quarterback Naman Alemada completed 9 of 19 passes for 241 yards and rushed for an eight-yard touchdown. The junior threw a touchdown pass of 61 yards to Charley Rossi that gave the Lions a 14-0 lead. Ryan McGuire led all SF receivers with four catches for 130 yards.

Evan Jones tossed a 41-yard scoring strike to Sam Lasota in the second quarter. He had a touchdown reception from Joey Daniels in the fourth quarter.

While Dominic Pieta threw for all of his 70 yards on Central’s first touchdown and Johnathan Opalko kicked a field goal, Eddy Tillman engineered the offense. He rushed for 154 yards on 22 carries and three touchdowns.