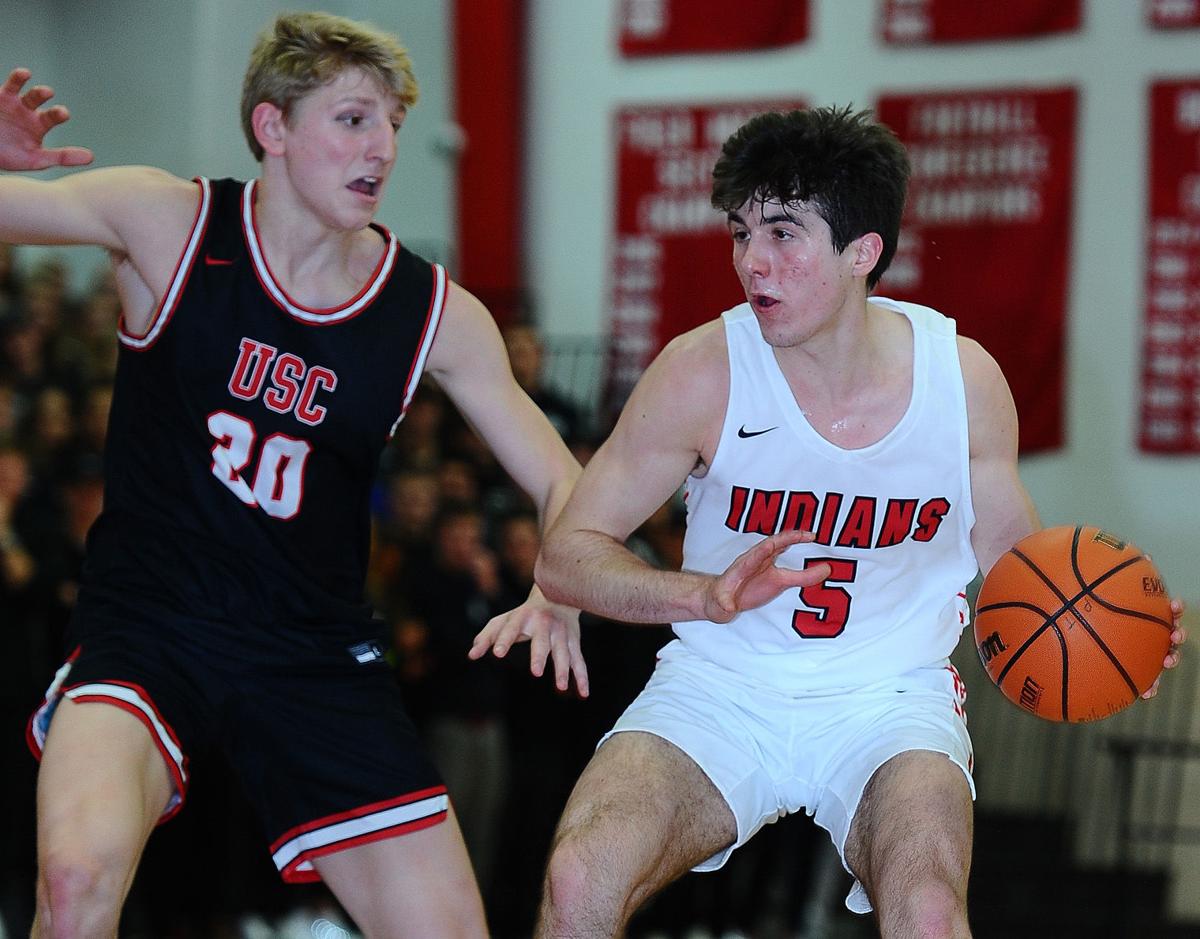 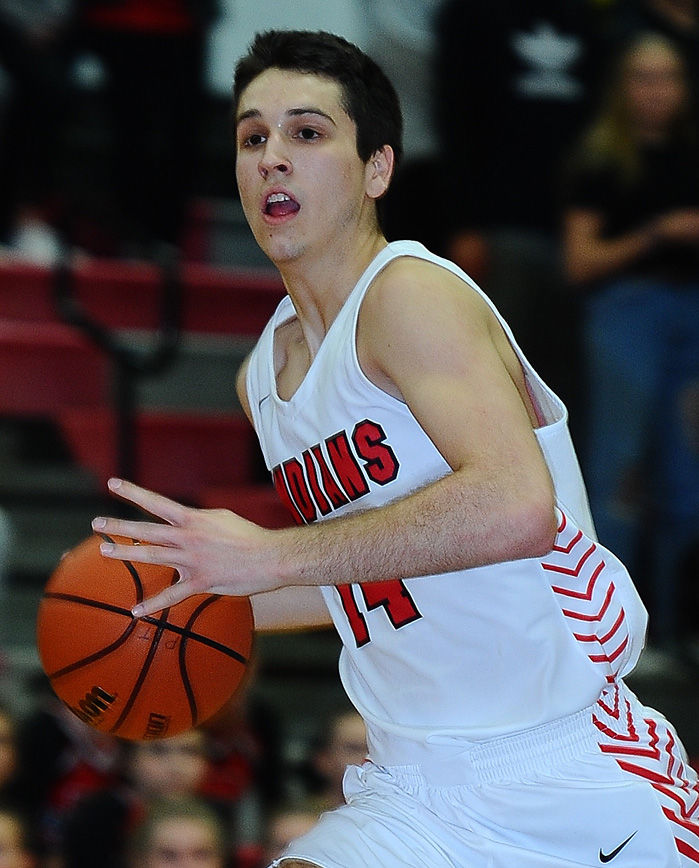 Sam Petraca (14) dribbles down the floor en route to a basket. Petraca paced Peters Township to victory, 72-71, in overtime against Upper St. Clair. He scored four of his 17 points in the extra frame.

Sam Petraca (14) dribbles down the floor en route to a basket. Petraca paced Peters Township to victory, 72-71, in overtime against Upper St. Clair. He scored four of his 17 points in the extra frame.

The Peters Township boys basketball team upset Upper St. Clair 72-71 in overtime, handing the Panthers a major blow in their quest to win a Section 2, 6A title.

USC is now two games behind undefeated Mt. Lebanon (6-0, 12-4) in the section. The Blue Devils, meanwhile, cruised to an 85-24 victory over Baldwin.

In the extra period, Sam Petrarca scored four of PT’s six points. He finished with 17 points while Colin Cote led with a game-high 23.

Cote scored the Indians’ other two points in overtime.

Meanwhile, Mt. Lebanon’s Jake Hoffman exploded for 30 points and Blaine Gartley pitched in 20 to lead the Blue Devils’ rout of the Highlanders.

Lebo’s win came on the heels of a 70-66 loss to Math, Civics and Sciences during the MLK Weekend Showcase. MCS is one of the top Class 2A teams in the state.

In the loss, Hoffman scored 23 points, Evan Sentner and Gartley poured in 12 and Joey King added 11 for Lebo.

The Black Hawks also picked up a 55-47 win against Woodland Hills in the MLK Weekend Showcase, hosted by the Wolverines. In the win, DiRienzo scored 21 points and Chiccitt added 12.