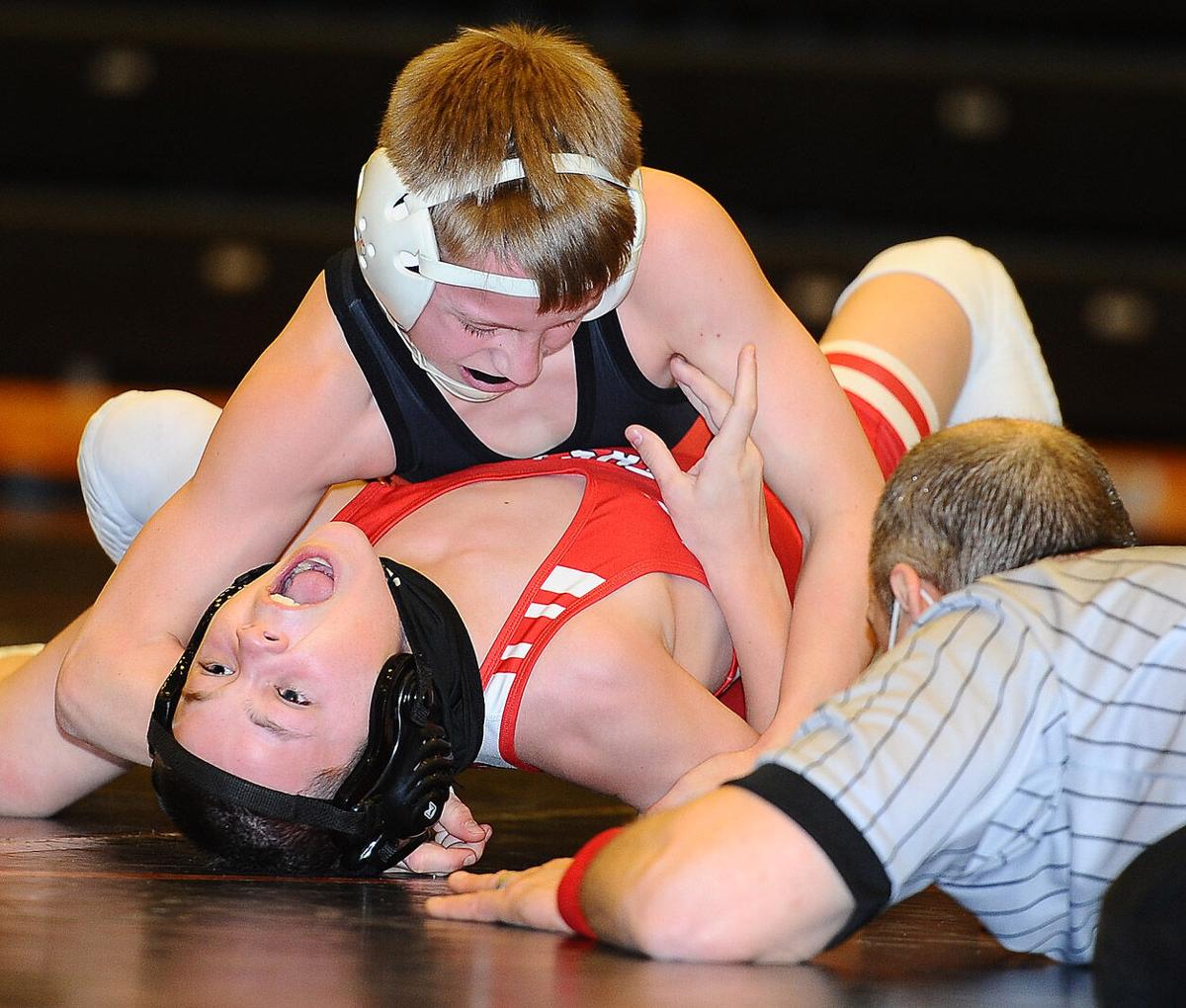 Bethel Park’s Aiden Bench puts Peters Township’s Issac Meyers on his back before picking up the pin in a 106-pound bout. 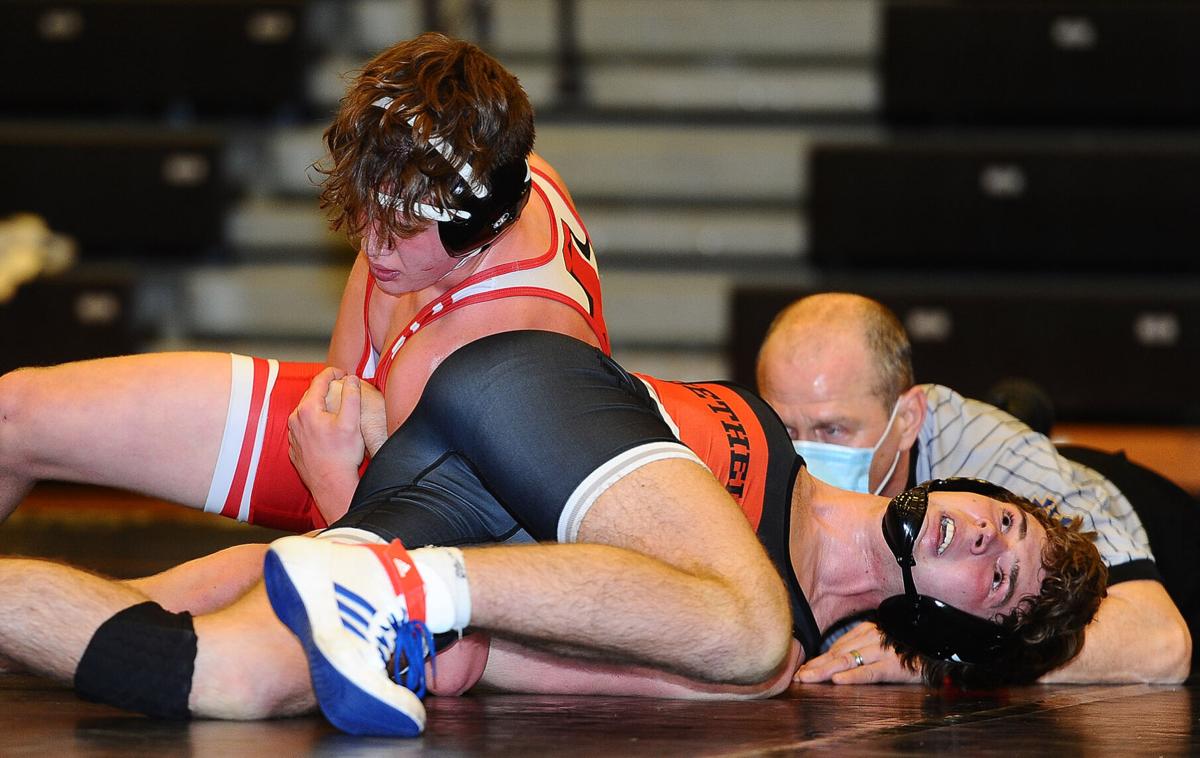 Bethel Park’s Aiden Bench puts Peters Township’s Issac Meyers on his back before picking up the pin in a 106-pound bout.

The Indians took advantage of six falls to score the victory.

The Hawks managed five pins in the match.

Mason Kernon won by major decision at 120 and Vincent Riepole won by forfeit at 160 to complete BP’s scoring.

The Blue Devils dropped to 0-7 overall after a 40-32 loss to Plum on senior recognition night.