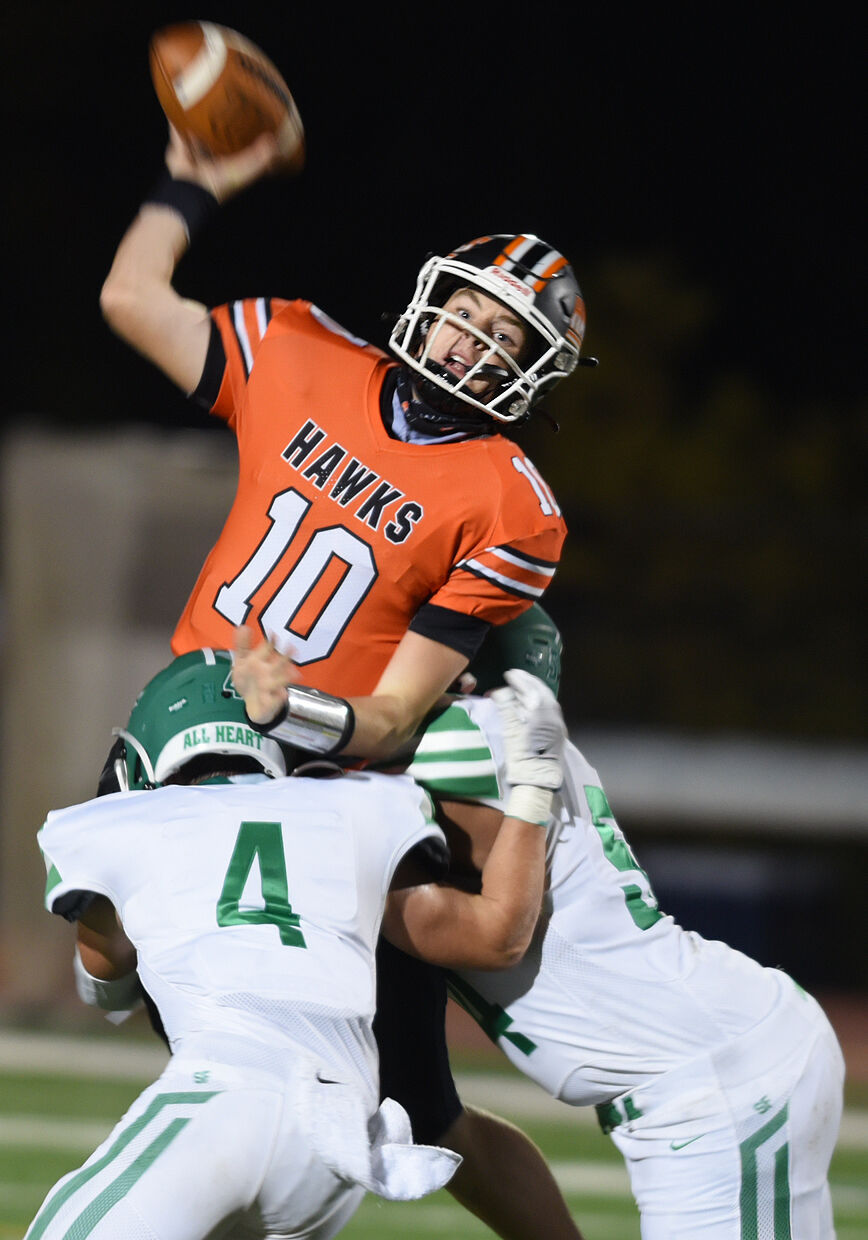 Bethel Park quarterback Max Blanc (10) gets a pass off before being hit by South Fayette defensemen Connor Harcarik (4) and Keon Johnson (54). 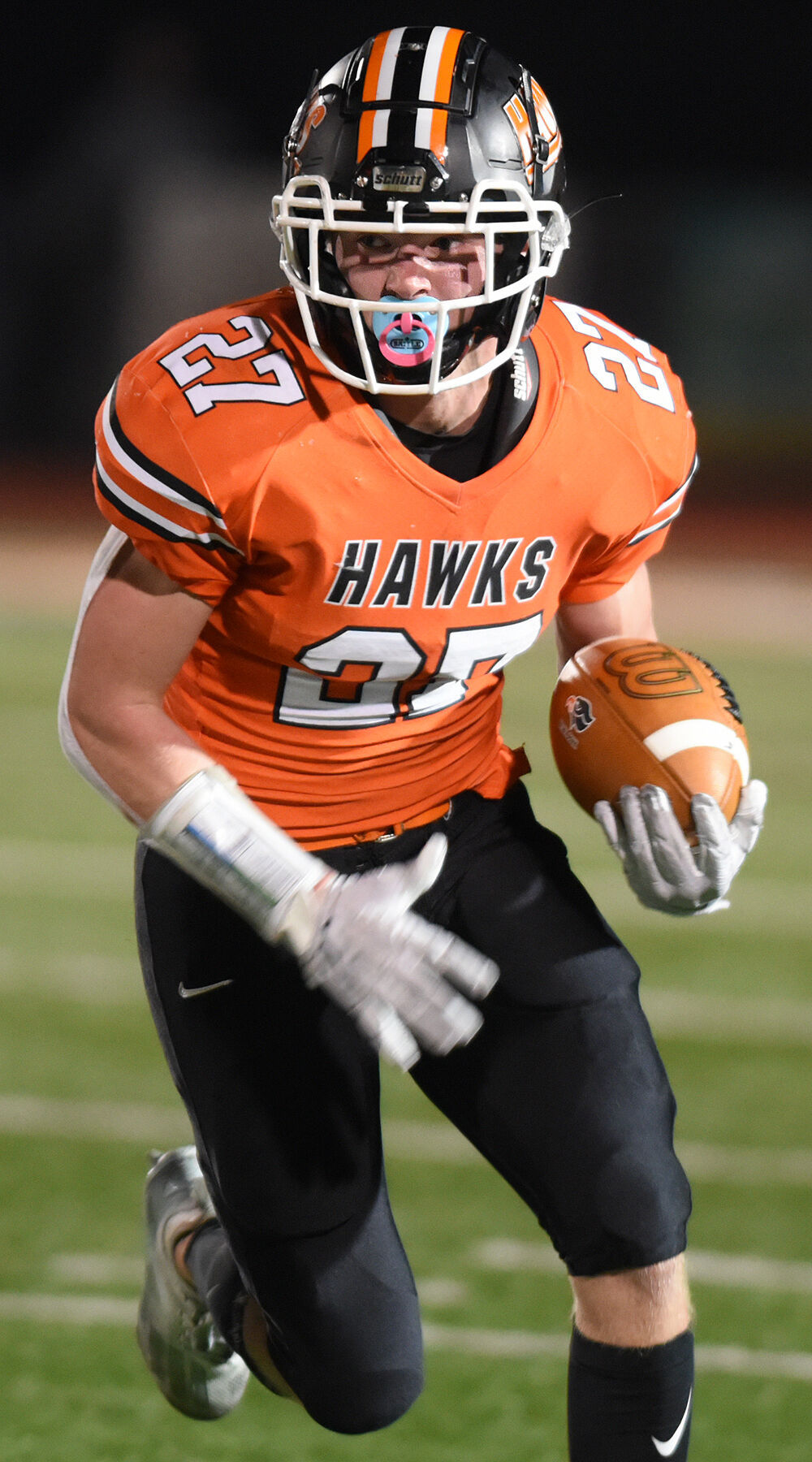 Bethel Park quarterback Max Blanc (10) gets a pass off before being hit by South Fayette defensemen Connor Harcarik (4) and Keon Johnson (54).

Peters Township knows it has one final Allegheny Six Conference showdown at 7 p.m. Oct. 23 at West Allegheny before entering the WPIAL Class 5A playoffs.

“They have a really good quarterback, some solid receivers on the outside, and one of the best running backs in the WPIAL,” Plack said. “They can be explosive.”

Peters can strike quickly too.

In a 26-3 win over Moon, quarterback Logan Pfeuffer connected with Breylan Carrington and Corgan Hondru for 90- and 63-yard scoring strikes. Pfeuffer finished with 306 yards passing on six completions.

Andrew Massucci added a pair of 35-yard field goals for the Indians and Vinny Sirianni added a four-yard touchdown rush.

Despite their youth and lack of victories this season, Black Hawks head coach Brian DeLallo said he has been inspired by his players’ determination.

After a 23-7 loss to South Fayette, DeLallo said he was impressed with sophomore Jason Nuttridge and junior Joe Thimons’ toughness along with the fact that his team never quit.

“We played great defense against one of the best offenses in the WPIAL,” DeLallo told his players following the game. “You are probably getting tired of hearing that after losing, but we are going to keep focusing on the positive and eliminating the negative because we as a staff are not giving up on you guys. So don’t give up on each other because when it happens it’s going to be awesome.”

Bethel Park’s Troy Volpatti rushed for 112 yards and accounted for the Black Hawks’ lone score against the Lions, which was a 1-yard plunge into the end zone with 10:48 to play.

After a 37-30 victory over Central Catholic, Mt. Lebanon can solidify its playoff positioning with a win at Seneca Valley at 7 p.m. Oct. 23.

Blue Devils quarterback Joey Daniels tossed four touchdown passes against Central, including three in the second half to erase a 27-17 deficit.

Daniels finished 16 of 20 for 343 yards. He tossed scoring strikes of 45 and 13 yards to Alex Tecza. He also added a 78-yard touchdown pass to Eli Heidenriech and a 17-yard scoring strike to Michael Beiersdorf.

The Colts lost their first league game this season when they succumbed to Aliquippa, 35-6. The defeat snapped CV’s four-game winning streak and best start since 2009.

Wide receiver Anthony Collura had seven receptions for 90 yards in the loss to Aliquippa, and his 21-yard touchdown catch from quarterback Anthony Mackey accounted for the Colts’ only points.