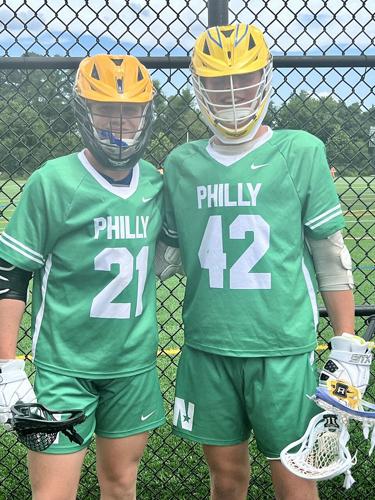 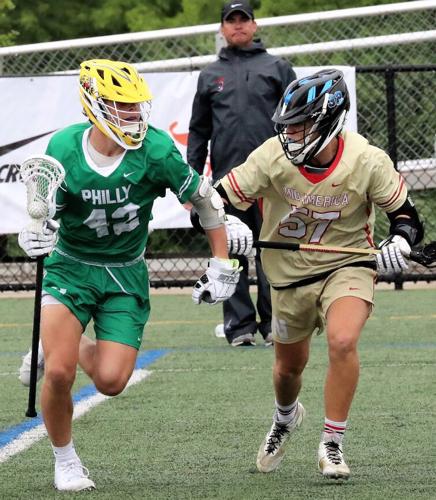 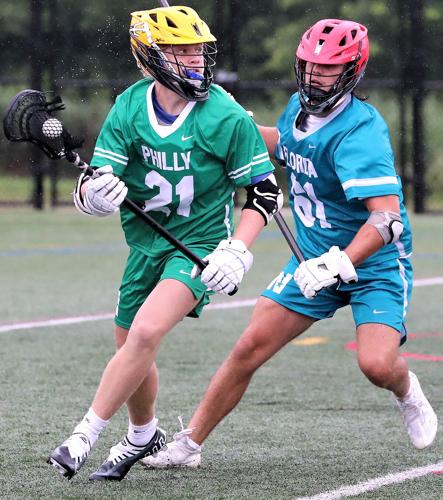 Joey Hetz (#21) of Mt. Lebanon keeps his eyes focused downfield as he handles the ball during national all-star lacrosse action in Maryland.

Joey Hetz (#21) of Mt. Lebanon keeps his eyes focused downfield as he handles the ball during national all-star lacrosse action in Maryland.

In one of the nation’s elite events, teams representing 14 regions converge to represent the lacrosse battlegrounds that honed their abilities, turning high school and club rivals into teammates and taking America’s premier talent from the neighborhood to the national stage, in front of the eyes of the top college programs.

During this three-day experience, Rickel and Hetz played against Florida, New York, Mid America, Maryland, and Pacific NW and were coached by Dave Sowers and Bill McGlone.

“We are looking to reach across club and competition boundaries to attract the best high school players in the country,” said Ryan McClernan, founder and CEO of B’More Lax Co. “The National All-Star Games provide an opportunity for even more players to experience national competition at its highest level.

“One of the best things about club lacrosse is that it’s a chance to play with the best players from different schools and conferences in your area. The National All-Star Games takes that to another level, playing with the elite of the elite players from your state and beyond. It’s a chance for the locally grown players to be nationally known.”

A midfielder, Rickel is a 16-year-old sophomore. In addition to playing lacrosse at USC, he is affiliated with the 2025 Crabs Lax Club.

Hetz also played for the Crabs. He is a 5-11 midfielder that is also a member of the Class of 2025. He plays lacrosse and football at Mt. Lebanon.