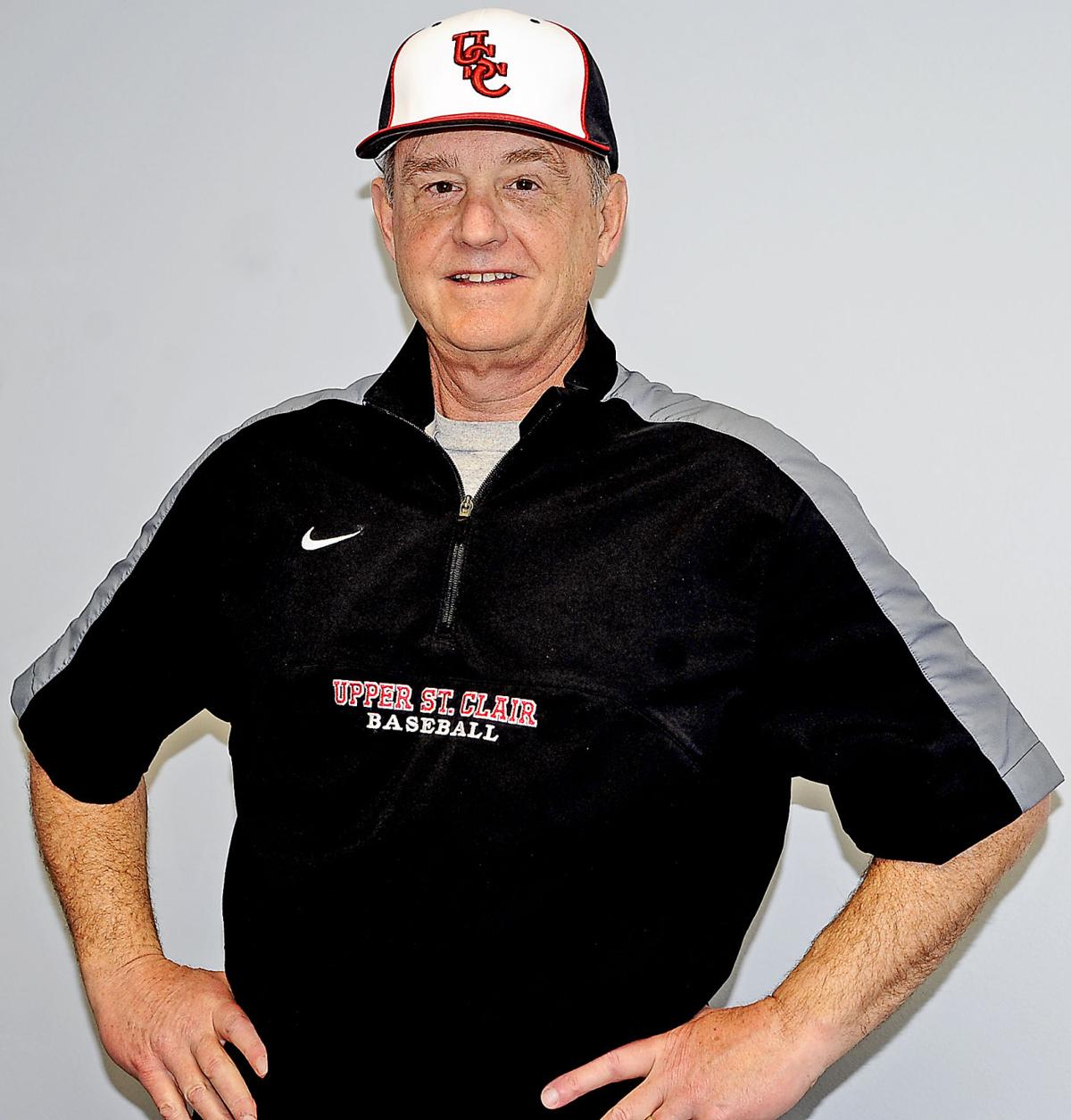 Jerry Malarkey is hoping his Upper St. Clair baseball team will have the chance to compete in 2020. 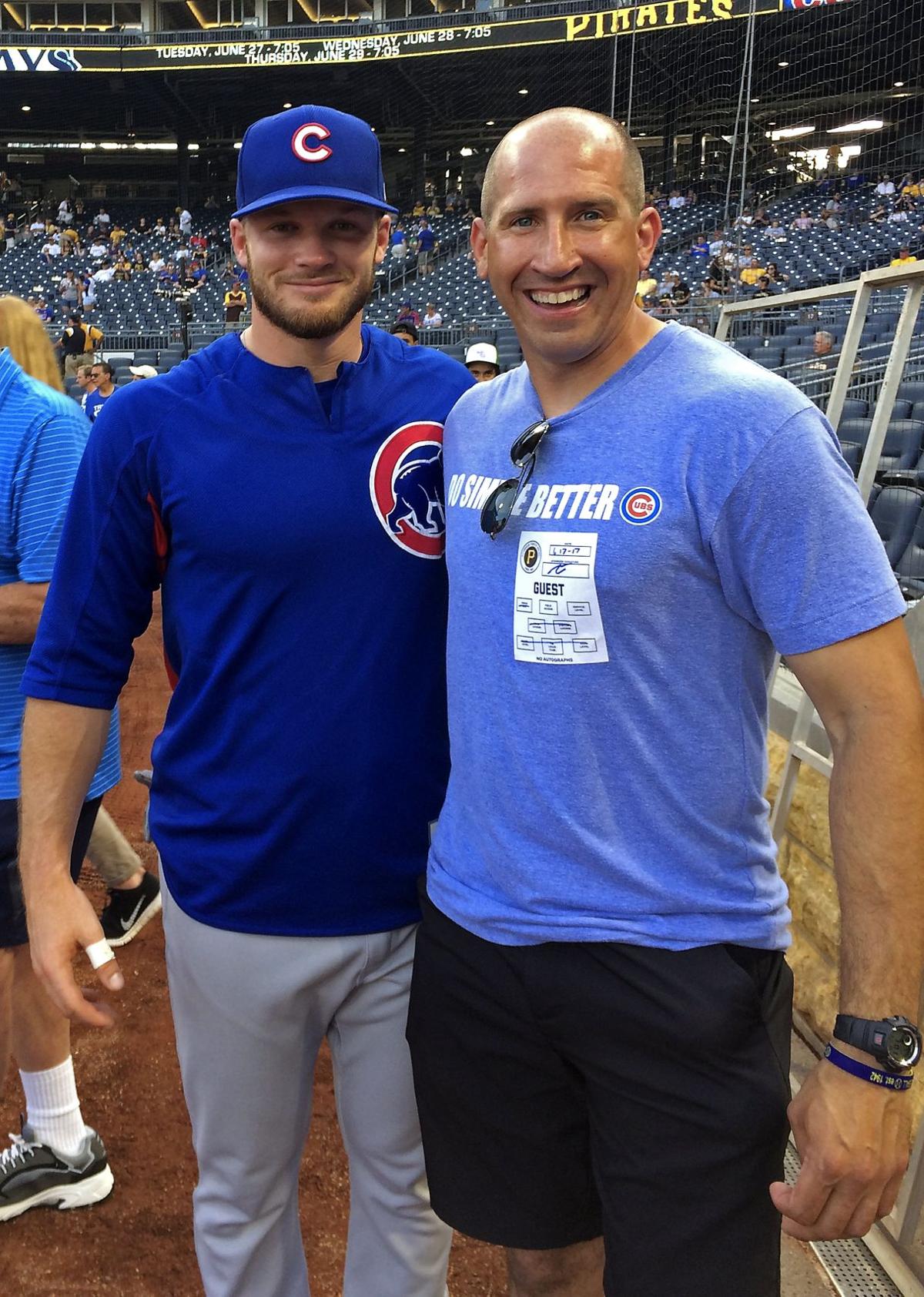 Jerry Malarkey is hoping his Upper St. Clair baseball team will have the chance to compete in 2020.

Cries of “Play Ball” are not being heard on high school baseball diamonds this spring.

Because of the coronavirus pandemic, the WPIAL has aligned with the PIAA and is following and supporting the directives of Gov. Tom Wolf regarding school-based activities.

According to a news release issued by the WPIAL, the action was being taken to “minimize the spread” of COVID-19.

WPIAL director Tim O’Malley reminded schools “that having off-campus practices or workouts during a mandated closure defeats the spirit and intent of the shutdown. Schools should stop any of these activities from occurring.”

The WPIAL Board of Directors is also not releasing any information about spring sports until directed by its governing body, the PIAA, which shuttered its offices until at least the end of March.

The PIAA stated in its own press release it is continuing to work with the governor’s office as well as the departments of health and education to provide updated information regarding spring sports.

While that data may change on a daily basis, the PIAA reminded its participants “some of the qualities that are fundamental lessons of interscholastic athletics are at play here: cooperation, patience, sacrifice, responsibility, respect and teamwork.”

While Mt. Lebanon coach Patt McCloskey and Upper St. Clair coach Jerry Malarkey are disappointed their baseball seasons have been suspended, they grasp the seriousness of the situation.

“This is much larger than baseball,” said McCloskey. “All of the decisions made are in the best interest of public health.

“Obviously, this is a legitimate health threat and we have to deal with it,” added Malarkey.

“It’s unfortunate for spring sports, especially for the seniors, but my hope is this passes and the season could resume safely without jeopardizing the health of our athletes.”

McCloskey said his players learned of the state mandates during a practice, but maintained their “enthusiasm” through exhibition games organized before the playing embargo went into effect.

“I have to give our kids credit. They came out and played with so much enthusiasm that it was impossible to tell from their demeanor that our season was suspended,” McCloskey said. “They are the greatest group of guys and I’m proud to be a part of this team because of their attitudes.”

USC’s attitude remains upbeat, too, particularly in light of the fact its spring training trip to Myrtle Beach was canceled. The Panthers were scheduled to leave for the Cal Ripken Baseball Experience March 20. The nonrefundable trip cost upwards of $12,000.

“The players were really down about it. The trip, as well as the practices and scrimmages leading up to section games, really is a bonding experience for teams,” Malarkey said.

“That aspect has been taken away and now that the season has been put on hold and there’s fear that it may be canceled has taken its toll because the seniors and the underclassmen were so looking forward to the season.

“Of course, health has to be the No. 1 concern, but that doesn’t take away from the disappointment that the kids are experiencing.”

Malarkey said he has had minimal contact with his players.

“I have no idea what they are doing,” Malarkey said. “They wanted to have captains’ practices, but those are not allowed. The ones that I have talked to on the phone seem to be doing well. They are just frustrated.”

McCloskey said he has had no contact with any of his players.

“It’s tough, but you have to keep things in perspective to what’s going on right now,” he said.

“It’s not just sports,” he said, “but there are school musicals, proms and graduations and other things that are so up in the air. Even if you take away the disappointment, there is a lot of uncertainty moving forward. Nobody knows what’s going to happen, but we are trying to find ways to keep the kids positive.”

On Paper USC has makings of winner

While uncertainty surrounds the scholastic baseball season this spring, Upper St. Clair on paper has clear, cut objectives for if and when the team gets to compete.

“Our goals are to win a section championship, make a playoff run and be a WPIAL championship contender,” said Jerry Malarkey, who coached the Panthers to their only district title in 1992.

The 2020 club boasts a glimmer of that past as Sean Casey’s sons are expected to have an impact. Casey played on USC’s title team before enjoying a stellar MLB career with the Cincinnati Reds and Pittsburgh Pirates.

Andrew Casey, who is coming off a successful basketball career with the Panthers, plays first base as his father did in high school. Andrew is already committed to the University of Dayton. His brother, Jake, will play shortstop and DH for the Panthers.

Jeffrey Warmbein, Tyler Gleim and Mateo Cepullio roam the outfield while Max Mandler starts at second base. Tyler Berger will divide his talents on the mound and in the outfield.

“We have depth at all positions,” said Malarkey.

“Our strengths are our pitching, a solid nucleus, great team chemistry and leadership,” he added.

Malarkey welcomes the opportunity to start section action, even though he anticipates “no easy games” because of the balance between Bethel Park, Canon-McMillan, Mt. Lebanon and Peters Township not to mention Baldwin and Brashear.

During these uncertain times, where the coronavirus pandemic has put a halt to nearly everything, Malarkey said the only thing his and other teams can do is “stay optimistic.”

“We are in the same situation as everyone else and have no control over the outcome,” he said. “We have players who want to work out and practice. We have great team chemistry and they all were looking forward to being together, practicing and playing. We need to keep mentally prepared if we get the opportunity to resume the season."

Opening Day in Section 3, Class 6A was supposed to be April 3

Magic Number is 10 for Lebo

Regardless of when the high school baseball season commences, 10 is the magic number for Mt. Lebanon.

“With only 10 games in the season, there's not enough time for things to "balance out" so you need to be ready to go each game,” said Lebo manager Patt McCloskey.

“We try to prepare to be ready to compete at our best each game and hope that things break your way, and at the end of that 10-game season you are one of the top four teams that gets to move on to try and win a WPIAL championship.”

“You just want to get it and make it through those 10 games.”

Experience should get the Blue Devils through 2020 as they return a plethora of starters including their entire outfield with seniors Sam Rolfsen, Colin Dalson and Eddie Kubit. Rolfsen and Dalson batted .346 and .333 while Kubit led the team with 17 RBI last year.

Seniors Cam Knox, Jack Palmerine, Clay Petula and Dalson headline the pitching staff. Knox and Palmerine brought the heat, striking out 46 and 23 respectively to lead the team in 2019.

Jack Smith is another arm Lebo can use on the mound but his value is behind the plate. The sophomore is the team’s returning catcher.

“While it’s too early to tell who will be our key players, we have been very happy as a staff with the competition for jobs between the veteran starters and the returners vying for positions as well as our new players. The whole group has worked really hard. We have a lot of depth of talented players capable of playing a varsity game this year.”

In addition, pitching and hitting appear to be strengths for a club, that seeks to improve upon last year's 10-11 mark. The Blue Devils finished 6-6 in section action and made the playoffs.

“We return a lot of guys who have logged a lot of innings. Plus some new guys in the pitching mix who have shown really well so far in our intra-squad games,” McCloskey said.  “Also, we are hitting better than we did last year. The guys put in a lot of time in the offseason to make themselves better.”

So blending those assets and talents together into a constant will be imperative for Lebo’s success.

“Like always, we strive to perform consistently. That is the key to baseball, particularly in high school baseball where there are only 10 section games.” McCloskey said. “In that short of a season, we need to perform at our best in each of those 10 games, and that's always a challenge as a high school team.”