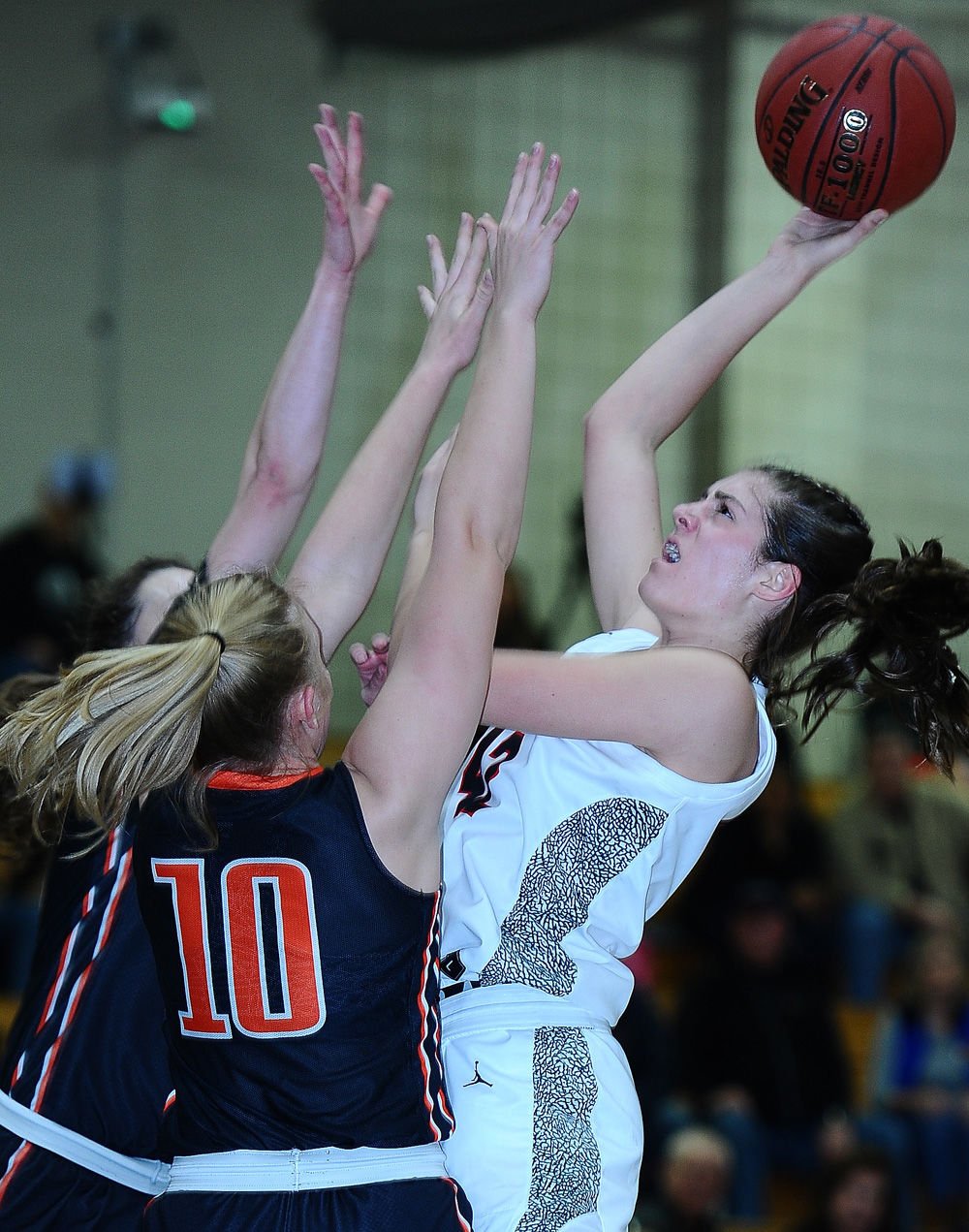 Katelyn Robbins is one of four sophomores returning to the Upper St. Clair girls basketball team's starting line-up this season. 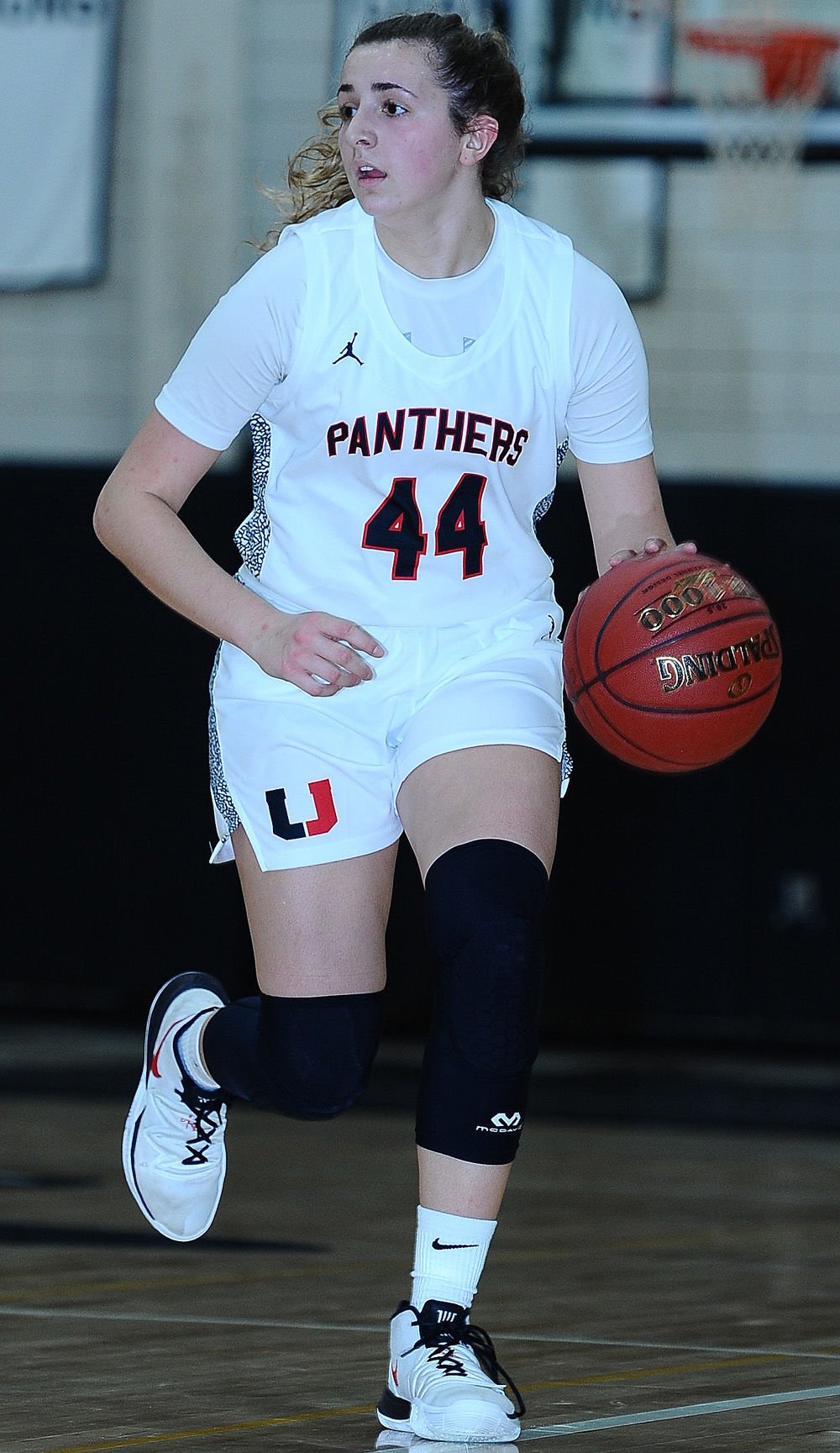 Katelyn Robbins is one of four sophomores returning to the Upper St. Clair girls basketball team's starting line-up this season.

The Upper St. Clair girls basketball team is back in the gym and preparing for its opener Dec. 15 at North Allegheny following a brief hiatus because of coronavirus concerns.

COVID-19 recently forced the cancellation of practices. The Panthers had some players miss workouts because of close contacts with those who contracted the virus.

“We are not going to make excuses,” said USC head coach Pete Serio. “We can only control what we can control.

“We are hopeful to have a full season,” he continued. “We will be thankful for however many games we can play.”

During the 2020-21 campaign, there could be lots of contests for USC because it returns all five starters from last year’s 14-9 team that reached the WPIAL Class 6A semifinals. The Panthers lost to NA 39-27 in the WPIAL playoffs before falling 46-36 to State College in the PIAA postseason.

Sophomores Kate Robbins and Mia Brown ranked as the team’s leading scorers with 10- and 11-point averages, respectively. Both were all-section performers as freshmen. While Brown averaged 2.5 assists per game, Robbins managed six rebounds an outing and blocked 21 shots during the season.

USC, however, awaits the return of Keating to the starting line-up. She is currently out with an injury.

“Our freshmen gained a lot of experience last year, but we are still young by 6A standards,” said Serio. He noted section rivals like Bethel Park, Mt. Lebanon, Peters Township and especially Baldwin boast experienced juniors and seniors who are their best players leading their respective teams.

The Blue Devils feature Division I prospect Ashleigh Connor. The two-year starter is just a junior. Morgan Palmer also provides a wealth of experience for Lebo.

The Indians, Serio said, have a big-time Divison I player in Journey Thompson. Just a junior, she helped PT to a PIAA title two years ago. She led the Indians in scoring with a 16-point average and in rebounding with 11 boards a game.

PT also features Avana Sayles, who was managing 13 points and eight rebounds a game before suffering a season-ending injury in 2020. Additionally, Jordan Bisignani is a three-year starter at point guard, dishing up two assists to go along with six points per game.

For USC, Alex Prunzik is the lone senior with starting experience. Last season, she averaged five points per game for the Panthers.

Seniors Abby John and Izzy Psillidis are expected to contribute. They will be among USC’s other key players along with Molly James, a junior.

“We need to continue to work hard and put ourselves in the best position to try and be successful,” Serio said. “We will have a battle every night and need to make sure we are ready to play.”