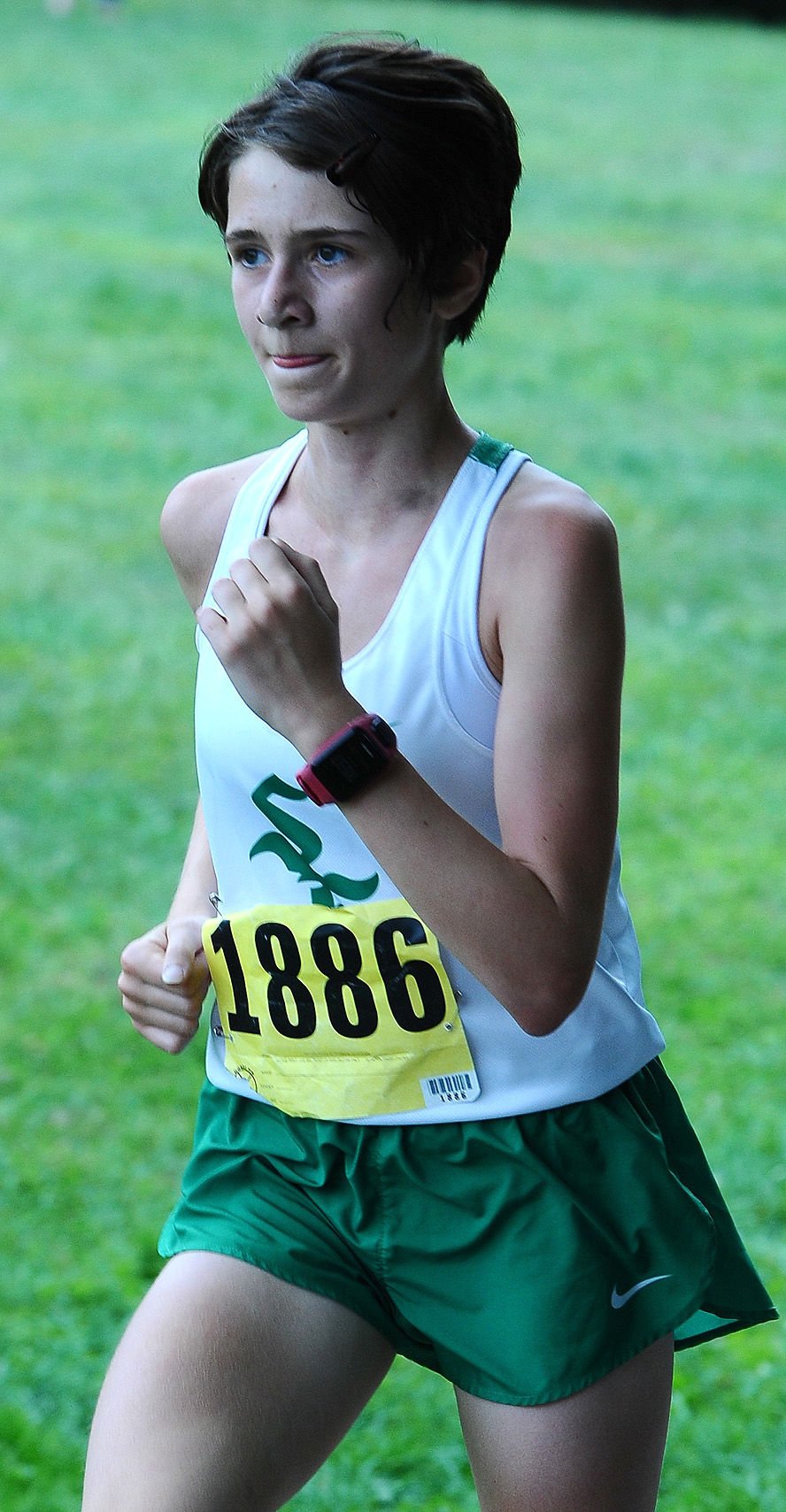 Angelina Gabriel finished in 27th place at the Foundation Meet and helped South Fayette finish runner-up to Northern in the team standings in the Blue Division.

Angelina Gabriel finished in 27th place at the Foundation Meet and helped South Fayette finish runner-up to Northern in the team standings in the Blue Division.

For a late-September invitational, the Foundation Meet in Hershey provided the South Fayette girls cross country team a barometer for where it hoped to be at this point in the season.

The Lions finished right behind Northern and grabbed the runner-up trophy in the Class AA division on the course where the PIAA championships will be run Nov. 2.

Northern, which won the team title by three points, 76-79, over the Lions, entered the meet ranked No. 1 in the state in Class AA. Northern is considered the fifth-ranked squad in all groupings in Pennsylvania.

“We were very happy for us to be as close to them as we were,” said SF head coach Joe Winans. “Northern will certainly be one of the teams to beat in November.”

By the time the Lions compete in the Oct. 5 Grove City Invitational, they plan to be aligned to challenge Northern as well as Warrior Run and Central Cambria for a state title.

“Grove City is our next big meet. There we will look to put together another strong team showing,” Winans said. “We have been focusing on improving our 1-5 spread, as well as pulling our No. 6 and No. 7 runners as close to our top 5 as possible.”

To date, Lauren Iagnemma has been the Lions top runner. The sophomore finished in eighth place at the Foundation Meet with a time of 20:21.

Hailey Poe, who was competing in her first big invitational since competing in the Junior World Triathlon Championships in Switzerland, had a top 20 showing. The senior clocked a 20:52 to finish 19th overall.

“The girl’s team ran very well,” Winans said. “We were happy with our finish. It was about what we would have expected.

The South Fayette boys team competed in the Blue Race without one of its top five runners, but still managed six finishers in the top 85. The Lions (207) finished sixth overall as a team, one point behind fifth-place Ringgold (206).

“Our race execution was pretty good, but we need to improve our consistency from race to race,” Winans said. “It was encouraging to see that with a less than ideal day of racing, we still placed fairly well against other WPIAL teams.”

Winans said he is “optimistic” his runners can place among the top 3 teams at the WPIAL championships to be held Oct. 24 at California University of Pennsylvania. He said he anticipates a tight grouping of about four or five teams looking to fill PIAA qualifying spots behind New Castle. The Lions are in the mix with Indiana, Greensburg Salem, Ringgold and Beaver.

Emily Carter of Bethel Park placed third overall in the Gold Race. Mia Cochran from Moon won the Class AAA division with an 18:21 time followed by Hannah Lindgren, who led North Allegheny to the team title.