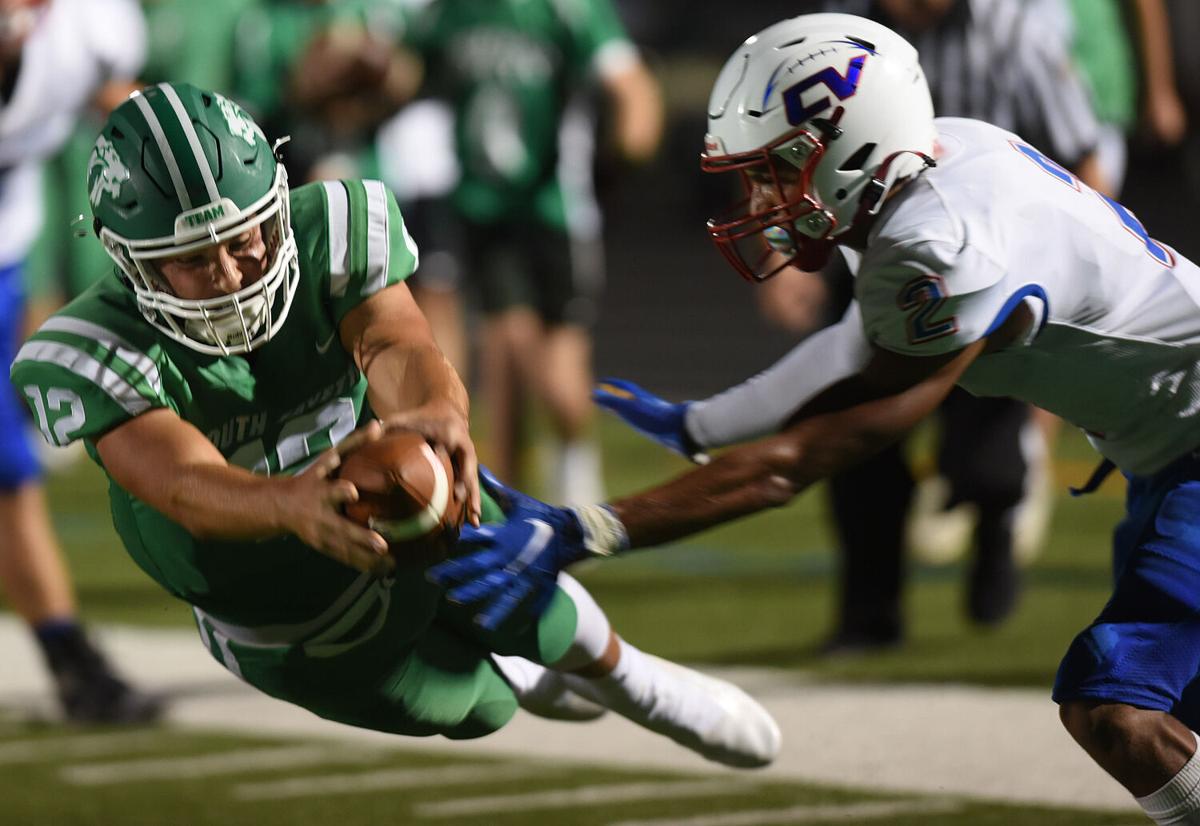 South Fayette quarterback Landon Lutz leaps into the end zone for a score against Chartiers Valley. 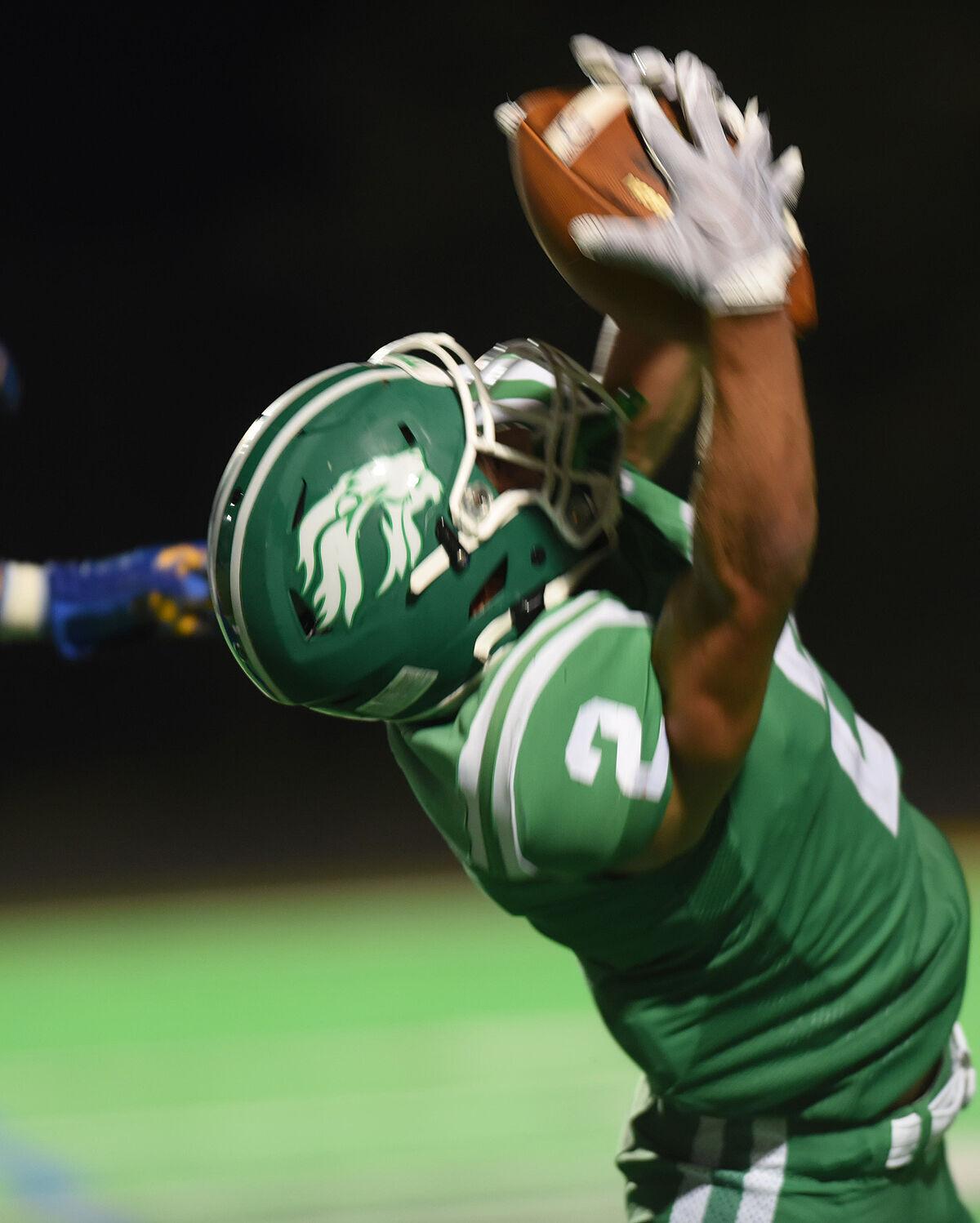 Logan Yater hauls in a 23-yard touchdown strike from Landon Lutz to lift South Fayette to a 21-14 lead over Chartiers Valley in the third quarter.

South Fayette quarterback Landon Lutz leaps into the end zone for a score against Chartiers Valley.

Logan Yater hauls in a 23-yard touchdown strike from Landon Lutz to lift South Fayette to a 21-14 lead over Chartiers Valley in the third quarter.

After back-to-back games with rivals like Thomas Jefferson and Chartiers Valley, South Fayette is prepared for its Allegheny Six Conference opener. The Lions travel to Moon for a 7 p.m. kickoff Oct. 1.

The Lions dropped a 27-0 decision to the Jaguars, who are the defending district and state champions, before rebounding to beat CV, 28-14.

“We got our butts kicked a bit against TJ and then we beat a great football team in CV. That’s a rivalry game and it had a playoff atmosphere about it,” said SF head coach Joe Rossi.

“You can hang your hat on games like that. Games like this prepare us for the physicality of this conference.”

The Tigers come into the game undefeated while the Lions were 3-1 before hosting Latrobe in a Sept. 24 game, which ended too late to be included in this edition.

With four returning starters on the offensive line and four-year starter and two-year all-conference end Ben Bladel anchoring the defensive line, Moon is one of the stronger teams in the conference.

Finesse is SF’s style as they rely heavily upon their skill players although they feature one of the league’s premier lineman in Keon Johnson.

Landon Lutz powers the South Fayette offense. He threw for 142 yards and two touchdowns in the win against CV. He also dove into the end zone for the final score.

In his debut season as signal caller, Lutz has completed 44 passes for 576 yards and six scores. He has rushed for four more touchdowns.

“Every game, he continues to get better,” said Rossi. “Landon manages the game well.”

Yater pulled in the game-winning touchdown with his 23-yard reception in the third quarter. Harcarik had five catches, including a nine-yard touchdown grab. Brandi returned a kickoff 94 yards for a score. Deanes rushed for 140 yards.

Johnson had nine tackles, one for a loss and a sack. Cirra also registered nine tackles. Johnson leads the team in tackles and sacks. Spence Hondru and Alex Hall ranked second respectively in those categories.