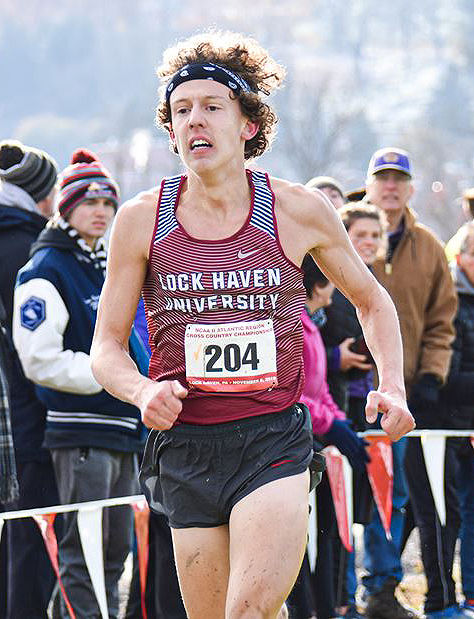 Aaron pfeil approaches the finish line during the regional champioships. 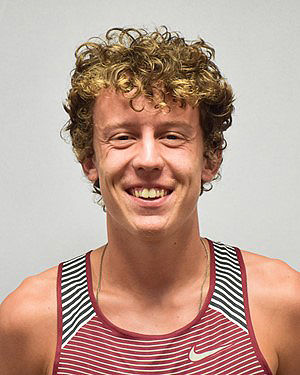 Aaron pfeil approaches the finish line during the regional champioships.

Aaron Pfeil punched his ticket to the NCAA Division II Championships to be held Nov. 23 in Sacramento, Calif.

The former South Fayette runner did so by taking runner-up honors at the Atlantic Regional Championships.

During the 6.2-mile race, Pfeil outran West Chester’s Josh Coakley down the stretch for the second spot. He was second out of 132 finishers and covered his home course at Lock Haven University in 31:36.2.

The showing was two slots better than Pfeil’s performance in the Pennsylvania State Athletic Conference (PSAC) Championships. Pfeil covered that 8-kilometer course at Bloomsburg University in 25:36.6 to finish fourth among 139 competitors.

By virtue of his efforts, Pfeil gained All-Conference as well as All-Regional honors for the second season in a row. He helped the Bald Eagles to the runner-up team trophy at the conference meet and a fourth-place finish at regionals, one slot away from qualifying as a squad for nationals.

A year ago, Pfeil finished 13th in the conference and 20th at the regional championships. He ran a personal best time of 25:23.0 over 8K at the Highlander Technology Challenge to finish second in 2018.

Pfeil excelled for coach Joe Winans at South Fayette. He led the Lions to fourth-place finishes in the WPIAL and the PIAA his senior year.

In 2016, he also finished fourth individually at the state championships, which was the highest finish in school district history at the time. He also was the bronze medalist at the WPIAL championships.

“Aaron has been a joy to watch as he has grown beyond his high school running days,’’ Winans said. “To see how he has committed to his college training and how he has embraced being a leader on the Lock Haven team has made me extremely proud of him and has been inspirational to our current SF athletes.

“I wish him the best of luck and can’t wait to see where he goes from here. He is an exemplary model of the South Fayette track & cross country community.”

A senior, Pfeil is a dean’s list student, majoring in Middle Level Education.