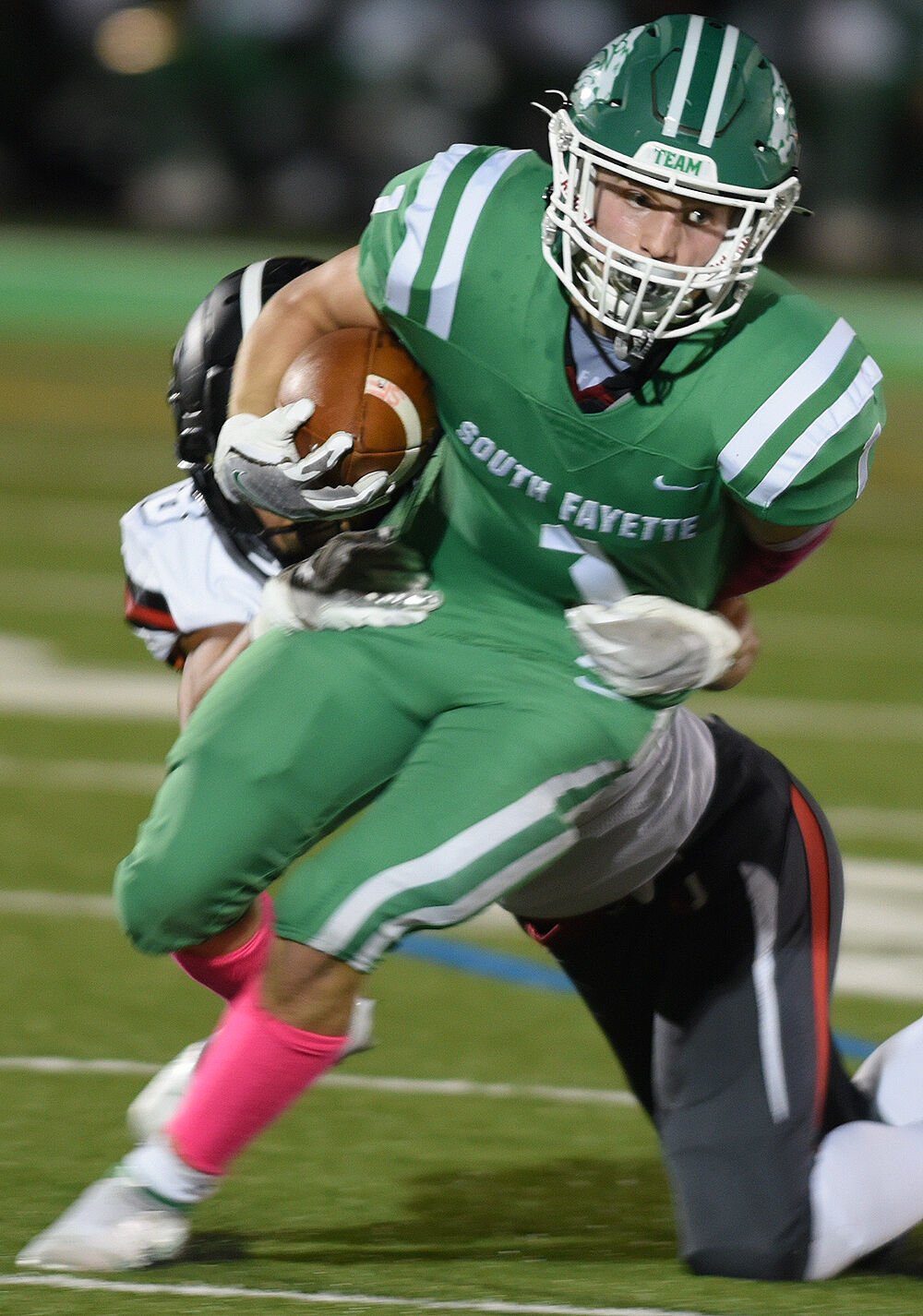 Charley Rossi is set to attend prep school in the fall. 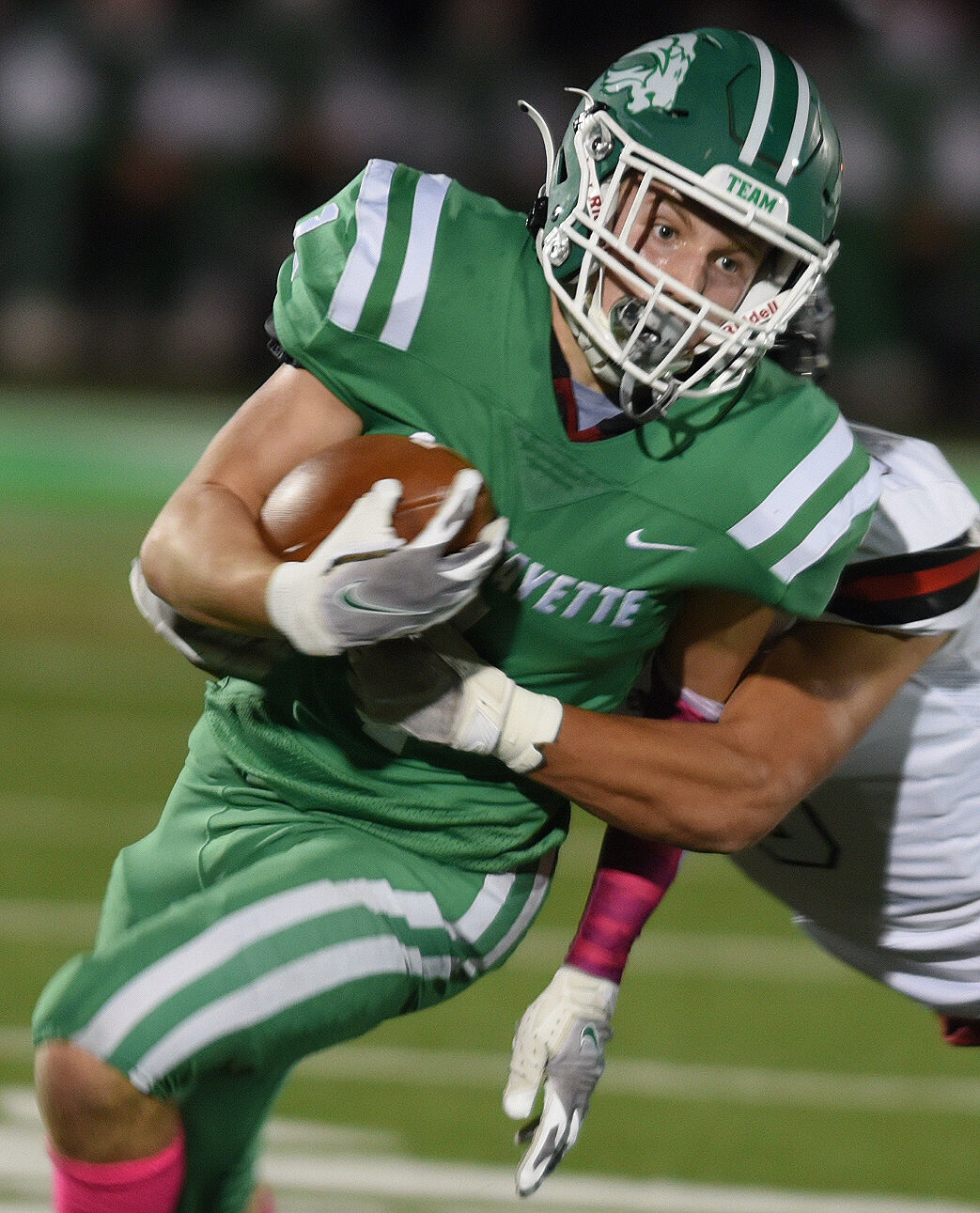 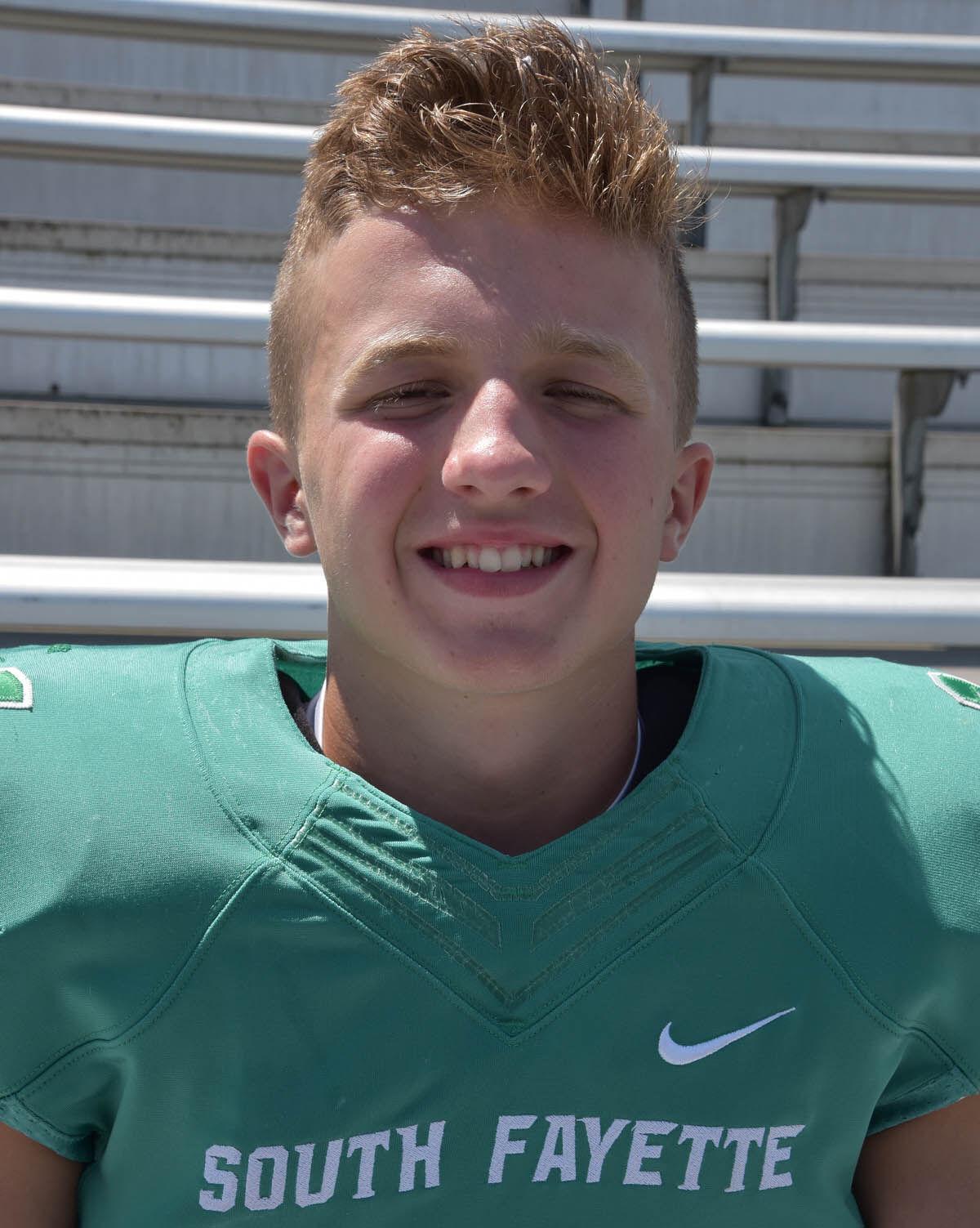 Charley Rossi is set to attend prep school in the fall.

Charley Rossi played the trumpet and French horn at South Fayette High School because his mother said learning a musical instrument would improve his SAT scores. The senior also read many of the classics because his mom believed it would help with his college entry exams.

Rossi was scheduled to take the SATs last March, but that date was canceled because of the coronavirus pandemic.

“I was just getting ready for bed when I learned there would be no test,” he said. “I thought, oh my, I really need that score.”

Rossi eventually sat for the exam in the fall and scored a 1,330. His SAT score, paired with his 4.1 GPA and record-setting number of receptions with the Lions, however, weren’t enough to save his plans to attend Princeton University in the fall of 2021.

South Fayette football coach Joe Rossi, who is Charley’s father, said Princeton’s coaching staff had to tell his son and 49 other players they had no offers available.

The NCAA granted an extra year of eligibility for current players, thus reducing the number of offers colleges could extend to incoming students, after COVID-19 canceled the 2020 football seasons at all Ivy League schools.

“It’s a great story on how the (senior) class is being affected (by COVID-19),” Joe Rossi said.

Charley Rossi now has the option of attending one of two college-preparatory boarding schools — Choate Rosemary Hall in Connecticut or The Lawrenceville School in New Jersey — before enrolling at Princeton for the 2022 school year.

“Basically, it’s like 13th grade. It’s really common up there. I’ll go there and play another year,” Rossi said of the prep schools.

Rossi said he has yet to decide which prep school he will attend, but is excited about the opportunity he has before him.

“Honestly, I look at it as a blessing in disguise,” he said. “Ivy schools do not red-shirt so I look at it as an opportunity to get bigger, stronger, faster. Because I can learn the plays, work on a their strength program and continue talking with the coaches (at Princeton), I can stay a step ahead of the game.

“Really, it’s a positive thing and I’m excited about it,” he added. “I am so grateful for the coaches for setting this up for me and for not giving up on me.”

Rossi caught the eye of recruiters when he attend a football camp at Princeton his sophomore season in high school. That fall, Rossi had a breakout season at South Fayette. He hauled in 38 receptions for 613 yards and nine scores, the biggest being the game-winning grab in the WPIAL Class 4A championship game against Thomas Jefferson at Heinz Field.

Rossi returned to Princeton the following summer for camp to be re-evaluated. He responded with an even better junior year for the Lions with 53 catches for 816 yards and 8 touchdowns.

While COVID-19 prevented further campus visits, Rossi settled on his college choice based mainly on his original trip to New Jersey. He also had offers from Sacred Heart in Connecticut, Dayton and Valparaiso.

“The day I stepped on campus,” Rossi said of Princeton, “I knew I wanted to be there. I didn’t want to play anywhere else.”

According to Joe Rossi, Princeton put Charley on its radar after his sophomore season. He was also told he ranked 50th on the Tigers’ recruiting board.

“He made a great impression,” Joe Rossi said. “He was also able to build a relationship.”

In addition to cementing his connection with Tigers receivers coach Brian Flinn, Rossi acquainted himself with Jake Birmelin, then Prinecton’s top receiver and NFL draft prospect.

Rossi is similar to Birmelin, who stands 5-9 and is 170 pounds, in stature.

“I look just like him,” said the 5-8, 175-pound Rossi. “It would be the ultimate goal to play a role like he did at a place like Princeton.”

Rossi anticipates competing for a starting spot and getting on to the field as early as possible at prep school and eventually Princeton.

“Prep school is known for its rigorous academics that prepare you for Princeton and athletically, there will be a lot of good players and I will need to work my tail off to earn a spot,” he said. “It will require lots of motivation and attention. Eventually, though, the goal is to win four Ivy League championships as a team at Princeton. I’m not focused on records, but winning games and titles.”

In the classroom, Rossi will focus on economics. Since he has family living in Brooklyn, he could envision working on Wall Street. He said he could also picture himself employed in the NFL’s front office.

“It’s every kid’s dream to play in the NFL and Princeton has players in the NFL,” said Rossi.

Products of Princeton’s program Jesper Horsted and John Lovett are currently on NFL rosters. Horsted plays for the Chicago Bears and Lovett was a member of the Super Bowl champion Kansas City Chiefs before being claimed by the Green Bay Packers last July.

“While you never know what will happen, there is a good chance I won’t (play in the NFL) so I’m focused on my education,” Rossi said. “There is no better place to get one. I’ll also meet successful people and make connections for job placements for the next 40 years. The opportunities are just tremendous.”

Book: Of Mice and Men

Movie: Inception. “I love that movie.”

Dream Destination: Italy. “It has so much heritage. Plus, my grandparents lived there before migrating to America. One day I’ll get there.”

People might be surprised to know this about you: “I almost quite football to play soccer. At the time, I wasn’t too good at football and I wasn’t having too much fun. When I decided to give football one more try and I started to put the work in, things took off.”

Person you would like to have dinner with: New England Patriots wide receiver Julian Edelman. “I just enjoy watching him play and admire him. He’s undersized too and another neat thing about him is that he played quarterback in college.”

Best opponent: Ohio State safety Marcus Hooker and Upper St. Clair wide receiver David Pantelis “Since I didn’t actually get in the New Castle game when we played Marcus, I’d have to say David. We are good friends and we’ve never beat his teams in football or basketball. He always seemed to get the best of us.”

Who win the Super Bowl. Kansas City. “The Chiefs have too much speed for teams to handle.”

Lesson sports has taught you: They may be cliches but it’s true that you can achieve anything through hard work and that the two things you can control is your attitude and your effort. People notice that even if you didn’t have your best game.”

In 15 years, I will be…..Working in the front office of the NFL.

Joe Rossi is best known as the head football coach at South Fayette High School. He is 172-50 with two state titles and four WPIAL championships for his career.

He is also the proud father of Charley Rossi. His soon-to-be 18-year-old son will be a member of the Princeton University freshman Class of 2022.

“Oh, I’m going to miss him,” said Rossi as he reflected upon an image of his wife, Karley, standing in the end zone, baby Charley in her arms. “He’s been with me since Day 1. Scoring a touchdown on a Saturday afternoon. On the sidelines beside me.”

Today, Charley has, indeed, grown into his father’s shoes. In addition to a Princeton sweatshirt, he said asked for a brand new sneakers for Christmas.

“My dad and I are the same size,” Charley boasted. “Since I am going away, I’ll need a new pair now because I won’t be able to wear his anymore.”

On the gridiron, Charley did excel enough on defense like his dad, claiming All-Conference kudos at defensive back, but he is best known for his escapades at wide receiver. He earned All-State accolades at the position. With 49 catches for 727 yards this fall, he became one of the school’s all-time leaders with (career numbers here.)

“I’m so proud of him,” said Joe Rossi, who played collegiately at West Liberty University in West Virginia.

“All you really want as a parent is for your children to do better than yourself. Once he gets there, his potential is limitless.”

Joe Rossi envisions his son being a successful broker on Wall Street but he could also see him on the sidelines coaching football on Friday nights.

“He could be a phenomenal football coach,” he said.