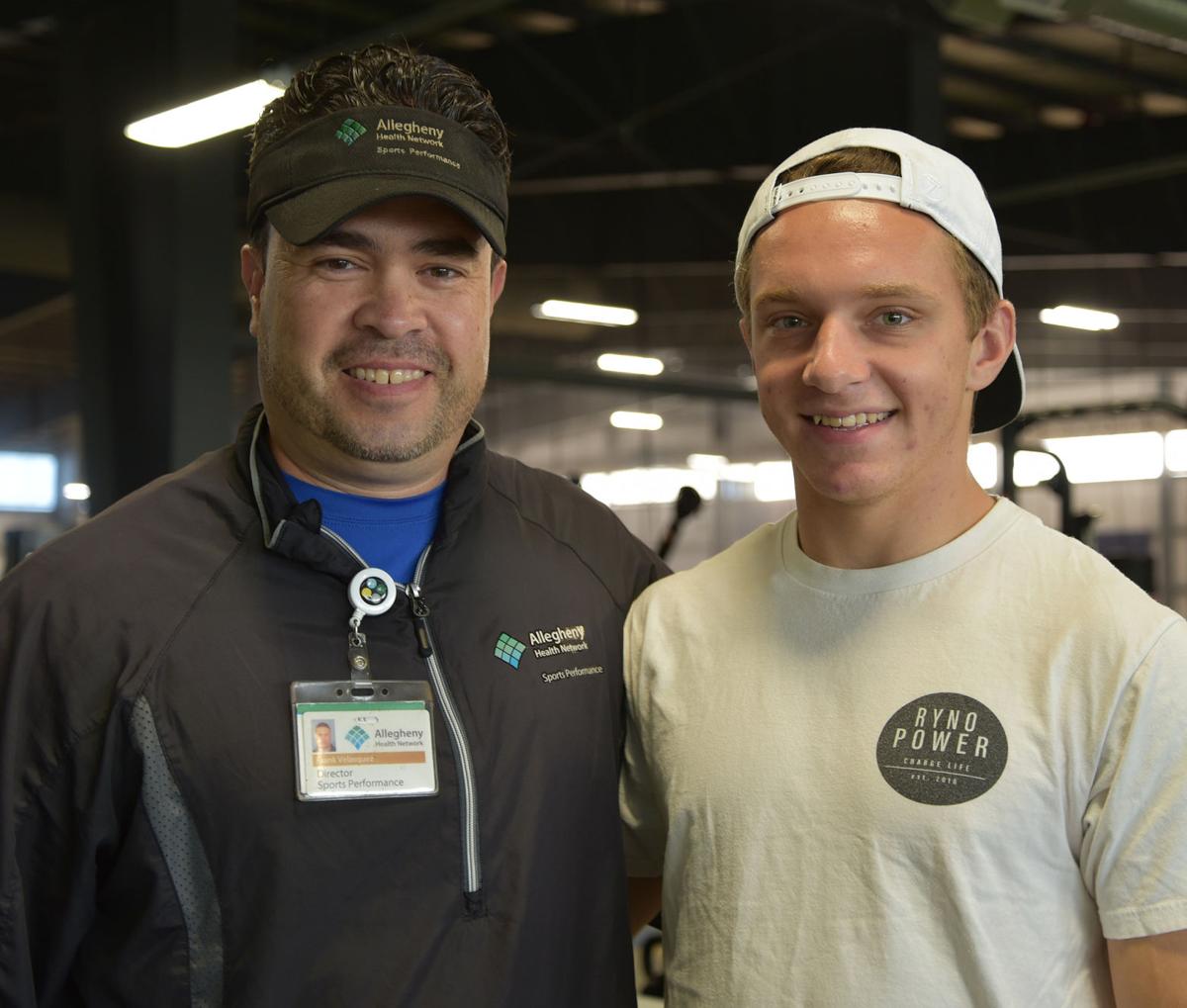 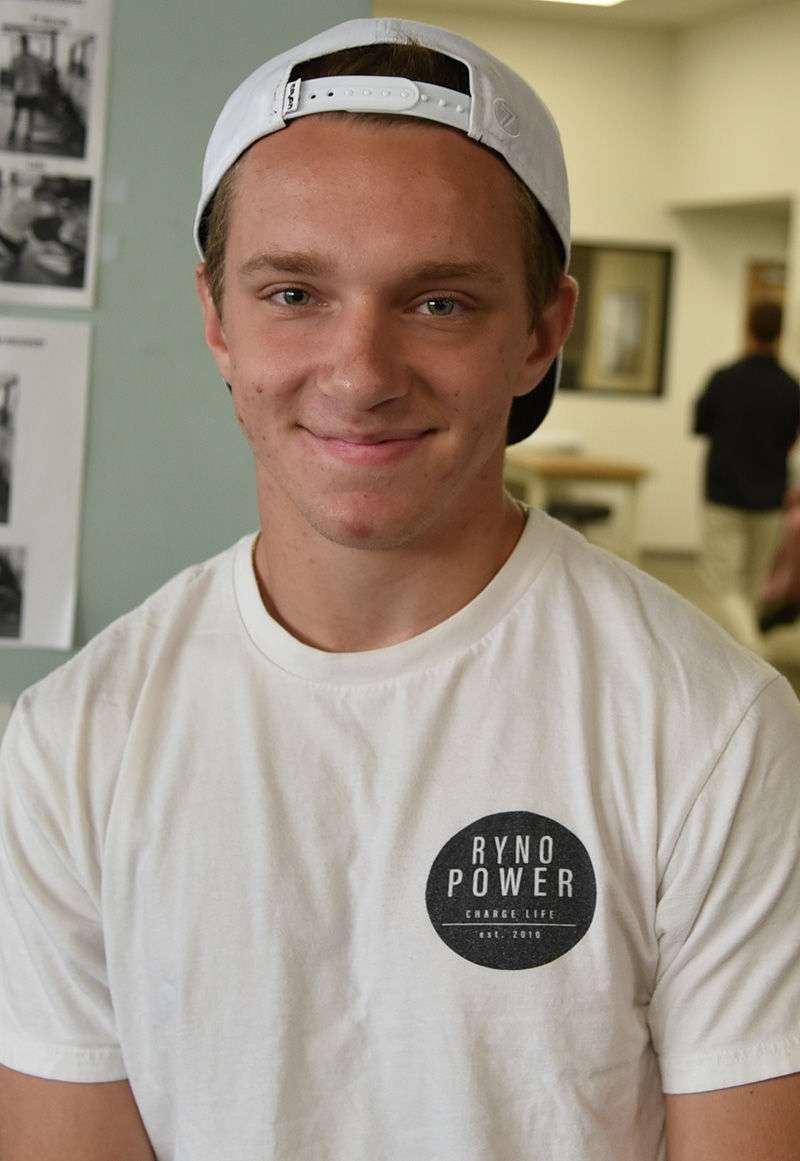 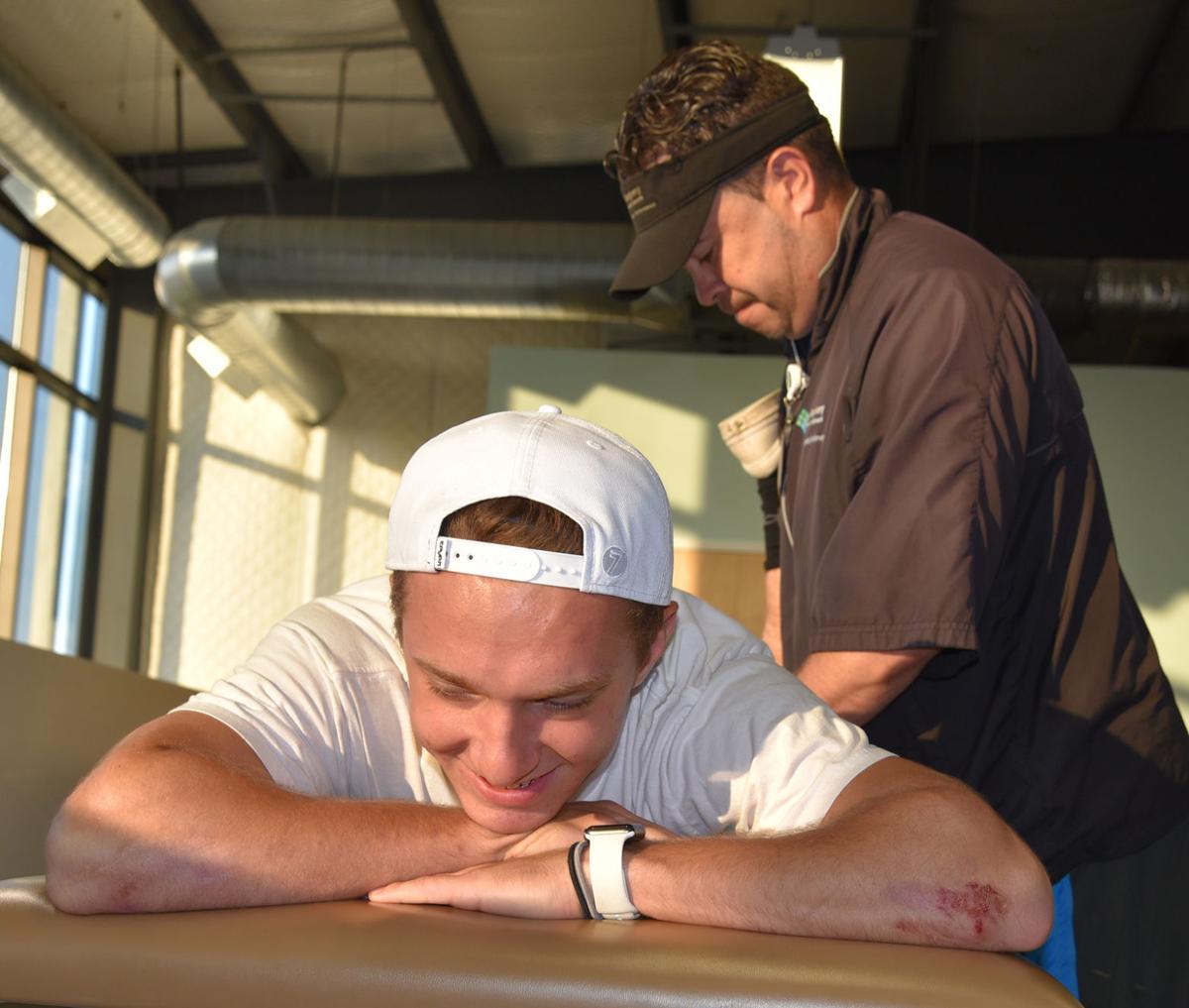 Frank Velasquez, Jr. works on loosening up the muscles of Cameron Bramer during a training session.

Frank Velasquez, Jr. works on loosening up the muscles of Cameron Bramer during a training session.

In the basement of his South Park home years ago, Cameron Bramer discovered a box. This treasure trove shaped his destiny.

He would become a world-class BMX racer like his father, Jim. In fact, Bramer is a member of the U.S. Junior Men’s team competing in the Pan American Games through Aug. 11 in Peru.

“As a kid, when I first noticed this box of trophies sticking out way back on a shelf, they all started glowing,” said Bramer. “‘Oh wow,’ I thought, ‘these are cool.’”

By training every day at the South Park BMX Park, located in Bethel Park, and through competitions, including the annual Stars and Stripes national event over the Fourth of July weekend, Bramer exceeded his dad’s feats and became an international success.

“My dad used to beat me, but as time went on,” Bramer said.

“(Jim) has passed the baton,” he said. “I think every dad wants his son to be better than him.”

Thanks to Allegheny Health Network and Velasquez, Bramer has exceeded even his own expectations. Since recovering from a groin injury, Bramer has trained at AHN Cool Springs Sports Complex in Bethel Park.

“Strength training’s helped a lot,” Bramer said. “I have gotten a lot better for sure.

“Strength is the key,” he added. “The more power you can put down, the better.”

Velasquez is not surprised Bramer has seen results.

“He never strength-trained before,” said Velasquez.

He added training an elite rider was also new to the AHN staff.

“We all know how to ride a bike, but we needed to study what he did and what was core to him and what would benefit him, and that was taking care of the neck, forearms, core strength, legs. Cameron was real consistent with his training.”

Especially during his offseason, Bramer focused on strength training. During the bike season, however, he rode, but with significant improvement. In fact, he placed third in the 2019 USA Cycling Elite BMX National Championships earlier this year.

“Of course, I got better results,” he said. “I feel stronger.”

So he entered the Pan American Games with a renewed confidence.

“My goals are always to win,” he said.

Because it is his first big-time international competition and he is after all, the second-ranked member on the team, separated by a mere 100 points because of a disparity in number of events raced, Bramer is a bit apprehensive.

“Definitely nervous for sure,” he said. “It’s a whole new experience.

“I’m so excited and honored to represent the United States in the Pan American Games,” he added. “I am also just looking forward to competing with other incredible athletes and making new friends from around the world. I’m grateful for my family, friends and athletic trainers who have supported me in advancing my racing career to this stage and beyond.”

His parents, who traveled to Peru with Bramer, have been his biggest supporters. In fact, his mother, Ronda, helped host the Stars and Stripes nationals, which featured more than 1,000 families and competitors as young as 4 to over 80. Plus, his brothers have both competed in BMX racing.

“Ryan still rides, but Nathan doesn’t,” Bramer said of his older sibling. “He got a job and discovered cars and girls.”

Such distractions will not derail Bramer.

Though he graduated from South Park High School in June, Bramer plans to pursue his passion for riding. He hopes to use the Pan-Am Games as a “springboard” for the 2024 Olympic Games.

“The goal is to train to be an Olympian,” said Bramer, who practices anywhere from 90 minutes to an entire day.

Already sponsored by organizations like AHN, 7 and Wiawis, the Korean maker of his bike, Bramer also plans to ride professionally.

“That would be the natural progression,” he said.

Bramer did not, however, dismiss further education. He said he hasn’t ruled out college.

“That is the toughest part,” he said. “I haven’t figure that out yet, but I will along the way.”

Regardless, AHN will be there every downstroke of the way.

“Cameron is a high-performance engine,” Velaquez said. “That’s how we treat him.”

The 2019 Pan American Games started on July 26, and will continue until August 11. More than 6,500 athletes from all over North and South America have gathered to compete in 419 events in 39 sports. Team USA will be represented in 36 sports during the 17-day competition. The U.S. will compete in every sport on the Pan American Games program, with the exception of baseball, bodybuilding and soccer. Team USA won five bronze medals and advanced five boxers to the championship after two semifinal sessions.

Kotsko has supported USA Boxing since 2014, accompanying both the men’s and women’s teams in a variety of tournaments including the World Boxing Championships.

During the competition in Lima, Kotsko is responsible for meeting the various sports medicine needs of the team’s boxers before and after each competition. This includes weight management, concussion evaluation, injury rehabilitation, stretching, massage, and more.

“My goal is to support the boxers in any way that I can in order for them to be successful. Over the many years that I have had the opportunity to work with Team USA, there has been no greater reward for me than when the athletes achieve their goals,” sad Kotsko.

To learn more about sports medicine services at AHN, visitwww.ahn.org/orthopaedic-institute.