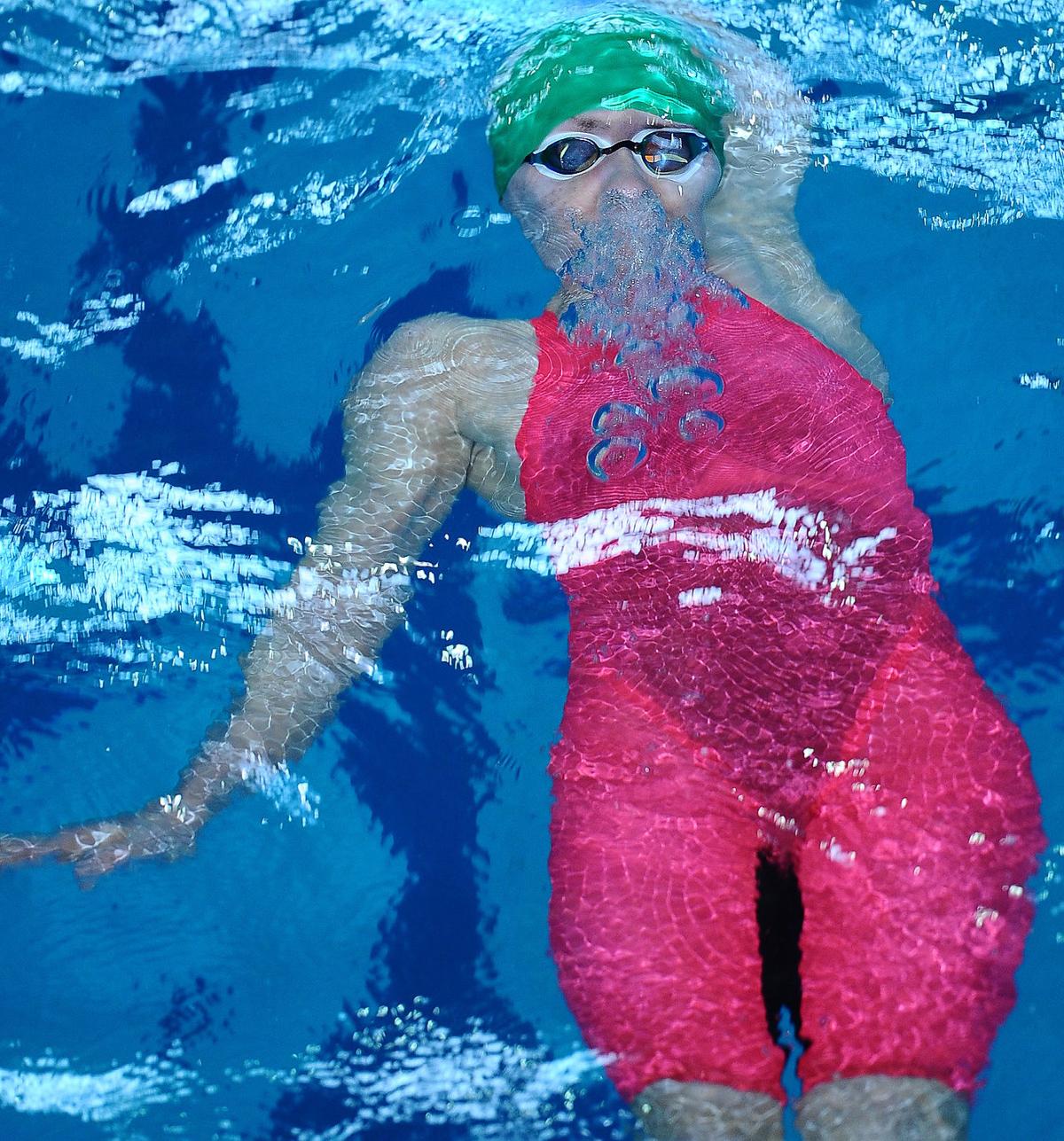 South Fayette’s Abbie Duncan exhales as she emerges out of the turn during the 100-yard backstroke.

Canon-McMillan's Max Orlowski reaches for the water after pushing off the blocks to swim the 100-yard backstroke during the WPIAL championship meet. 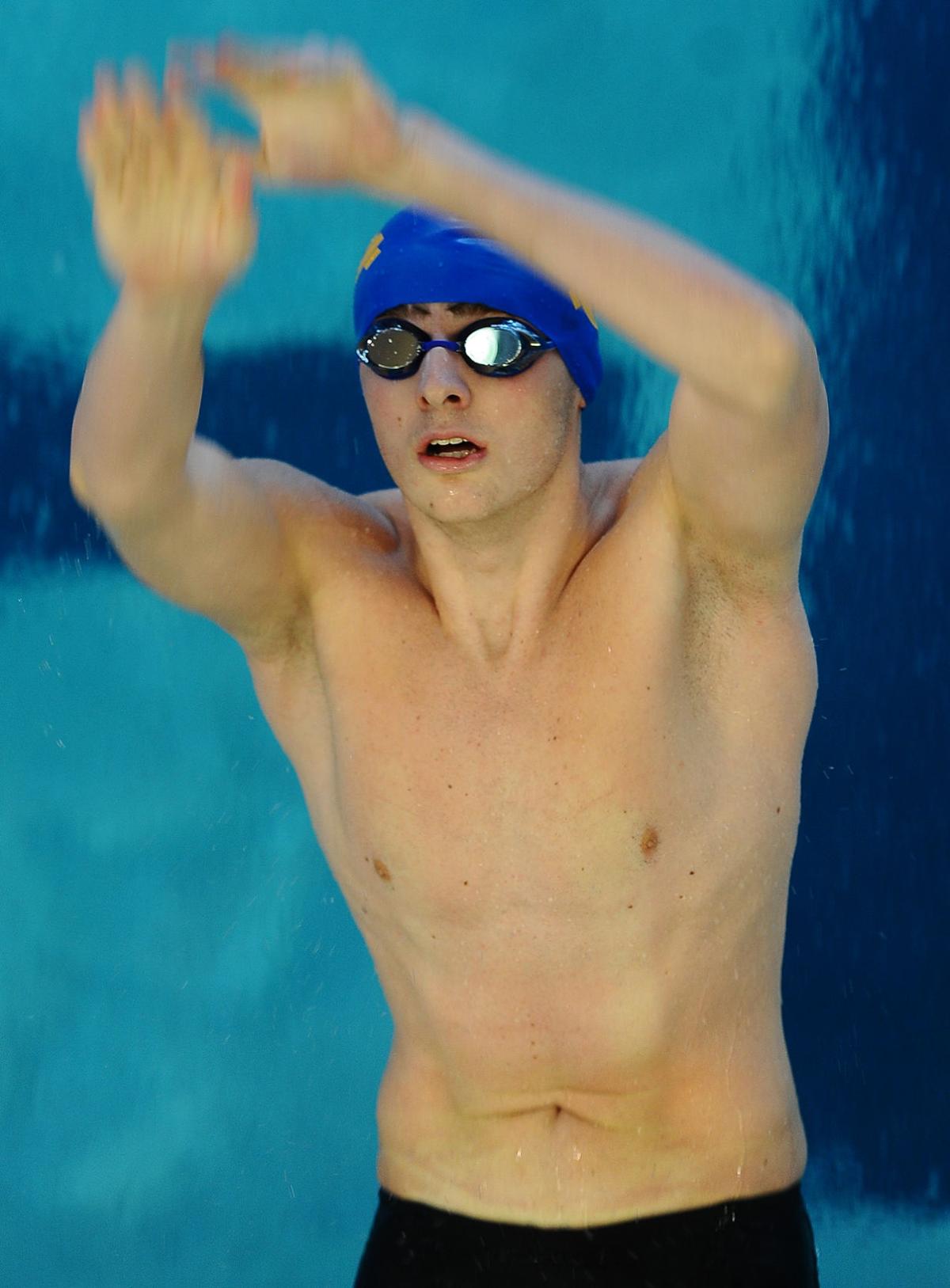 Canon-McMillan’s Max Orlowski pushes off the blocks to swim the 100-yard backstroke during the WPIAL championship meet.

South Fayette’s Abbie Duncan exhales as she emerges out of the turn during the 100-yard backstroke.

Canon-McMillan's Max Orlowski reaches for the water after pushing off the blocks to swim the 100-yard backstroke during the WPIAL championship meet.

Canon-McMillan’s Max Orlowski pushes off the blocks to swim the 100-yard backstroke during the WPIAL championship meet.

The PIAA swimming and diving championships ventured into uncharted waters when officials were forced to modify its Class AAA meet and postpone its Class AA competition.

After one complete day of action, the Class AAA meet was shortened on the second day. Preliminary heat times went final so as to send the swimmers home quickly because of concerns from the COVID-19 pandemic.

The Class AA competition never occurred and have been delayed indefinitely now that Gov. Tom Wolf closed down schools and other business to curb the spread of the coronavirus.

“I understand their calling the meet,” said Upper St. Clair head coach Dave Schraven. “I feel bad for guys that shut it down in the last 25 yards of prelims because they know they will come back for finals, but those guys didn’t get the opportunity (to show their true skills).

“I also felt bad for the AA competitors. Some were actually here getting ready to practice and they were told to go home.”

Taylor Weyrich and her coach Meloni DiPietro-Guthoerl were still at Seton LaSalle when they learned the AA diving competition was canceled.

“Taylor was upset at first,” said DiPietro-Guthoerl, “but understood that everyone was in the same boat and couldn’t compete. But at this point, I am not sure if we can prepare for a postponement because if the schools are closed, we don’t have a place to practice. Everything is uncertain at the moment.”

There was certainty in the AAA meet as Upper St. Clair’s Josh Matheny assuredly defended his title in the breaststroke. The three-time champion was the lone area champion.

Nevertheless some other Panthers as well as other area swimmers performed well under the circumstances.

Matheny helped the 200-yard medley relay to a fifth-place finish. Other members of the team that earned medals were: Ganesh Sivaramakrishnan, Jason Zhang and Ryan Senchyshak. The group posted a time of 1:33.43.

The 400 free relay team of Senchyshak, Zhang, Ethan Neal and Matheny placed 17th. All are underclassmen.

“I would say it was a decent meet for us. I was pleased with our swims but you always want to do better,” Schraven said. “It wasn’t our best performance ever and we are never satisfied. We will bounce back next year.”

There is no next year for South Fayette senior Abbie Duncan, who made the most of her last PIAA meet before she matriculates to Miami of Ohio.

Duncan secured sixth in her signature swim, the 100 backstroke. Her time of 55.47 was 1.40 off the winning pace set by Upper Dublin’s Meghan DiMartile. Duncan also finished 11th in the 100 free.

Abby Mele from Canon-McMillan, eighth in the 100 breast;

Cassidy Sweeney from Peters Township, 10th in the butterfly;

Max Orlowski from Canon-McMillan, 14th, back;

PT’s Garrett Buzzelli was 20th in the boys diving competition.