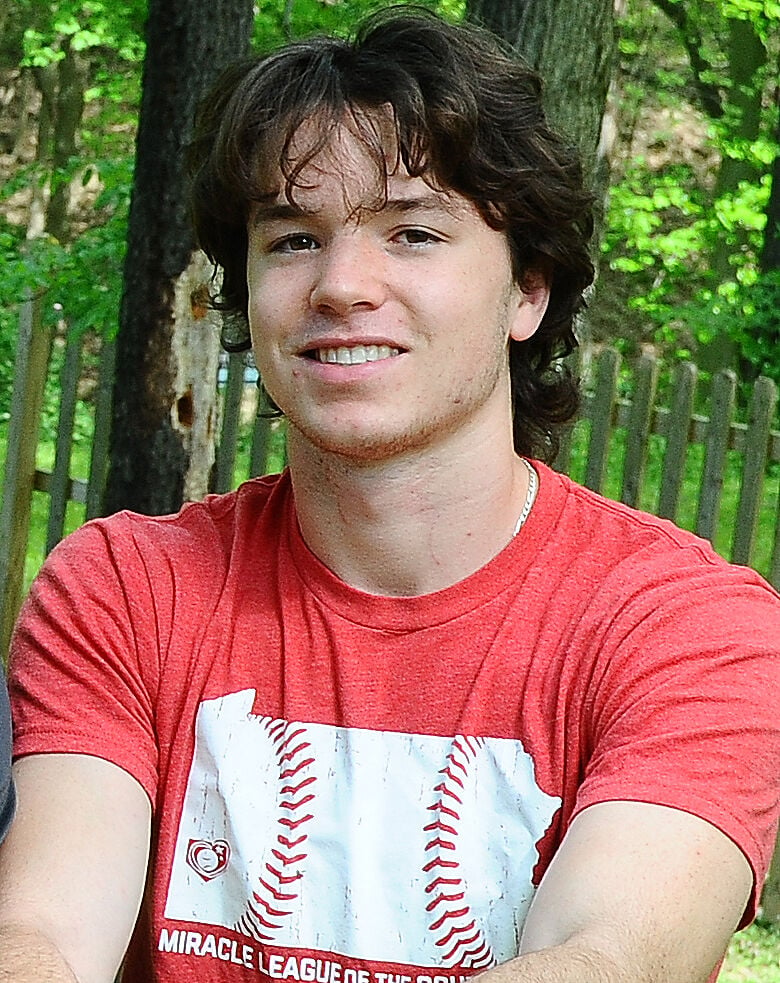 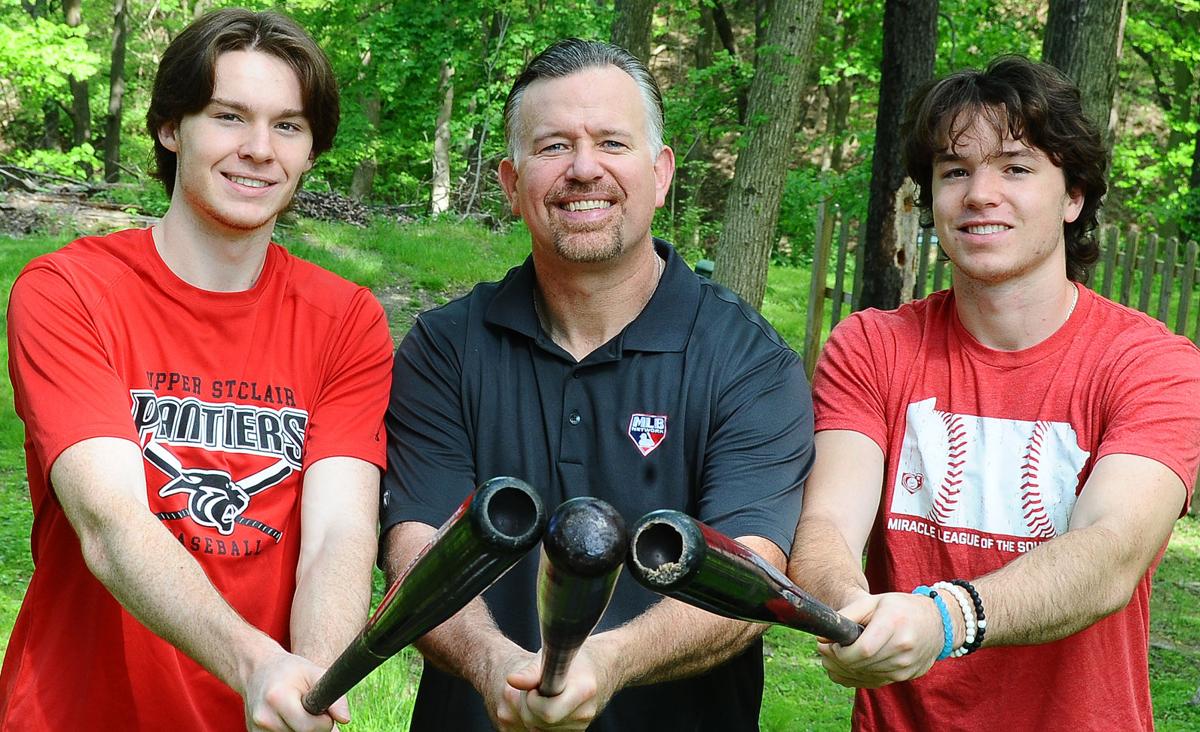 Jake Casey, right, has become the third family member to play college baseball. Andrew, left, will play at Dayton, and his father, Sean, played at Richmond, and Jake recently accepted a scholarship offer from Kent State. 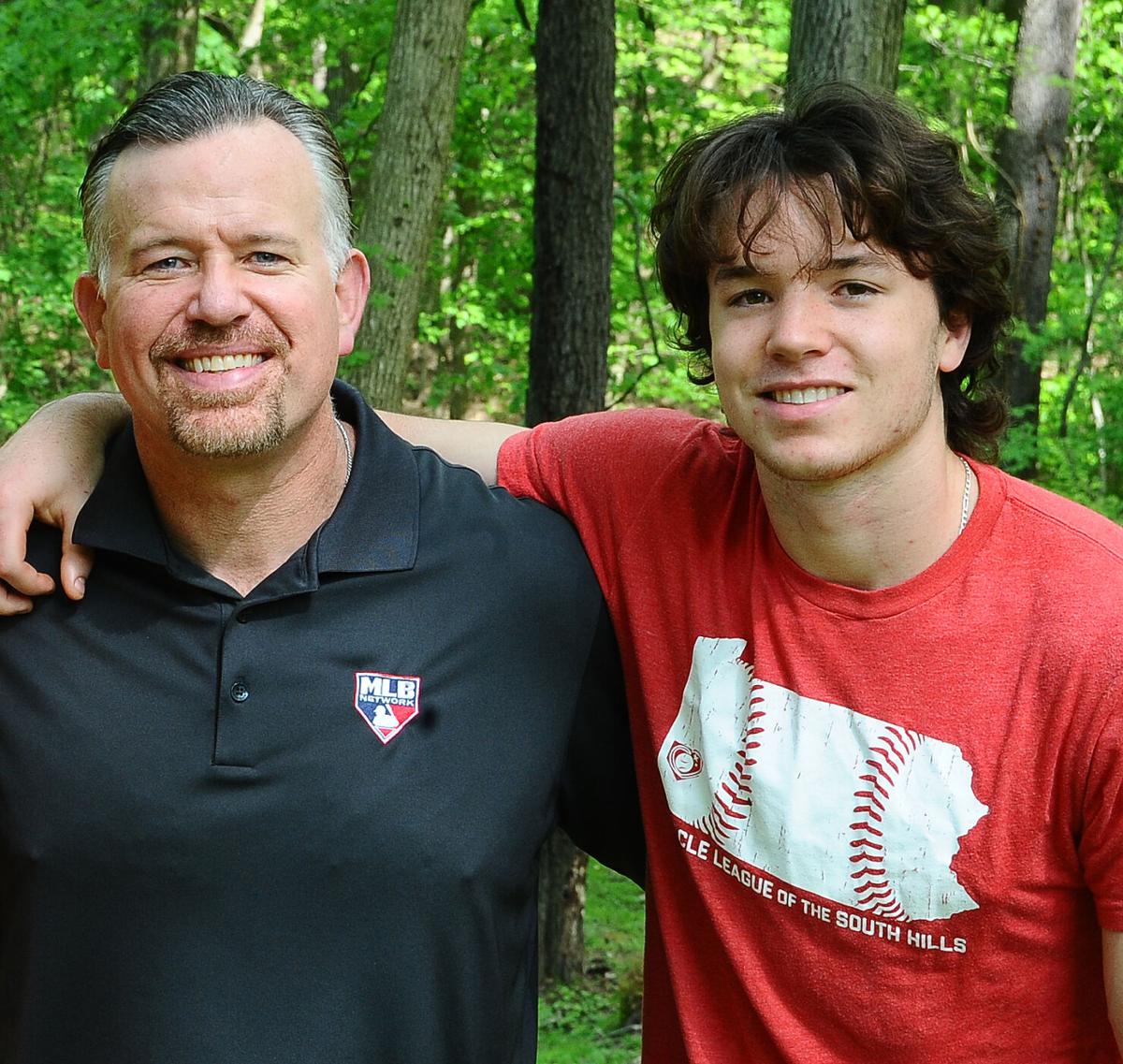 Jake Casey with his father, Sean.

Jake Casey, right, has become the third family member to play college baseball. Andrew, left, will play at Dayton, and his father, Sean, played at Richmond, and Jake recently accepted a scholarship offer from Kent State.

Jake Casey with his father, Sean.

“For me, playing baseball has nothing to do with my dad. No, not at all,” said the 18-year-old son of Mandi Casey. “At a young age, the one thing we all want to play is baseball. When I started to play, I fell in love with the game. I still love it. It’s my favorite sport.”

Baseball is also the sport of choice for Jake Casey’s older brother, Andrew.

For Jake, it wasn’t a stretch to be motivated by his sibling.

“Andrew has been pretty influential,” Jake said. “He set the tone, set an example which was not hard to follow.”

Fittingly, Jake recently accepted a baseball scholarship from Kent State University, which came less than a year after Andrew committed to the University of Dayton.

“Andrew pushed me hard to be the next Casey to go DI,” said Jake. “He’s a good person to look up to because he works his butt off. He doesn’t bug me, but he works hard and that helps me.”

Jake Casey made his mark playing on the AAU baseball circuit with the Steel City Wildcats after the PIAA canceled the 2020 spring baseball season in response to the coronavirus pandemic.

Casey, in his second AAU season, leads the Wildcats with a .553 average. He has hit a team-high five doubles and eight triples to go along with one homer. He has driven in 15 runs and scored 18.

“Jake has a great understanding of the game and a professional approach at the plate that results in consistently putting the barrel of the bat on the ball with power,” Steel City Wildcats coach Mark Saghy said. “He is a legitimate offensive force.

“Jake is also a great athlete. With his powerful swing and overall athleticism, he will flourish at Kent State,” he added. “It’s a perfect fit.”

Casey was recruited by Penn State, Central Florida, Texas Tech, James Madison, Radford and his father’s alma mater, Richmond. He said he liked Kent State best because it “checked all the boxes.”

“After my visit, I realized I also liked the campus a lot. The facilities were really nice and very advanced for a MAC school. For me, that stood out. I’ll also get a great education,” Casey said. “I’m excited and anxious to meet my teammates and get to campus and to classes. My goal is to win a championship there.”

Casey, who will be a senior at USC this fall, plans to play basketball for the Panthers this winter in addition to his duties on the diamond in the spring.

“I hope we can win that championship and in baseball, too,” Casey said. That’s the goal. We have a good chance at both because we have good teams coming back.”

Casey takes part in weekly workouts at Teleo Performance, which has batting cages at its Bethel Park location.

“Every day, we hit, use the machines and work on things,” Casey said.

Casey has recently sharpened his fielding skills at Boyce-Mayview Park with teammates hitting him grounders. A 6-1 shortstop at USC, he eventually plans to take on that role at Kent State.

“At the end of the day, no matter what grade, you want to prove you belong there. I just want an opportunity to compete,” Casey said.

Becoming a better hitter has been a priority since his freshman season, Casey said.

“I’m a good hitter because I always hit with my dad all the time and worked on my craft and shortstop was always the position I played,” he said. “I like it because you are doing something on every play and you have to be on your toes. It’s also the toughest position because you cover the most ground. The shortstop is one of the main guys on the field. A captain so to speak. You don’t necessarily run the defense, but you play an important role.”

Defense is critical to Casey’s progress. At the next level, he will need to make adjustments and key to his development will be getting appropriate reps at his specific position.

“Jake is so athletic and versatile that he typically plays multiple positions,” said Saghy. “Although that is a huge value to our team it occasionally hinders his defensive development. He has all of the tools and skill set to play various positions and establishing a permanent position will allow him to singularly focus on his development.”

Of course, Casey’s long-range plans are to emulate his dad and play professional baseball, perhaps with his favorite club, the Pittsburgh Pirates.

“That would be really cool, but I will take whoever drafts me,” Casey said with a laugh.

Saghy said Casey could be selected in the MLB amateur draft after his junior season at Kent State.

“I fully expect Jake to thrive at Kent State and help the program compete for a MAC title year in and year out. And I envision him developing into a pro prospect,” he said.

Music/artist: Drake "I don't have a favorite song. I Like a lot of music."

Book: The Mental Game of Baseball: A Guide To Peak Performance by  H.A. Dorfman and Kark Kuehl

Favorite athlete: Christian Yelich, Milwaukee Brewers outfielder. "It would be my dad if he were currently playing but he's not."

Dream Destination: Maui, Hawaii. "I hear it's super nice there."

People might be surprised to know this about you: "I work part-time at Junk Joey's LLC."

Person you would like to have dinner with: Lebron James

Baseball highlight: Hitting back-to-back-to-back home runs at a tournament in Cooperstown, N.Y. "I was the third guy to hit one after my two friends. It was the coolest thing and we won the game."