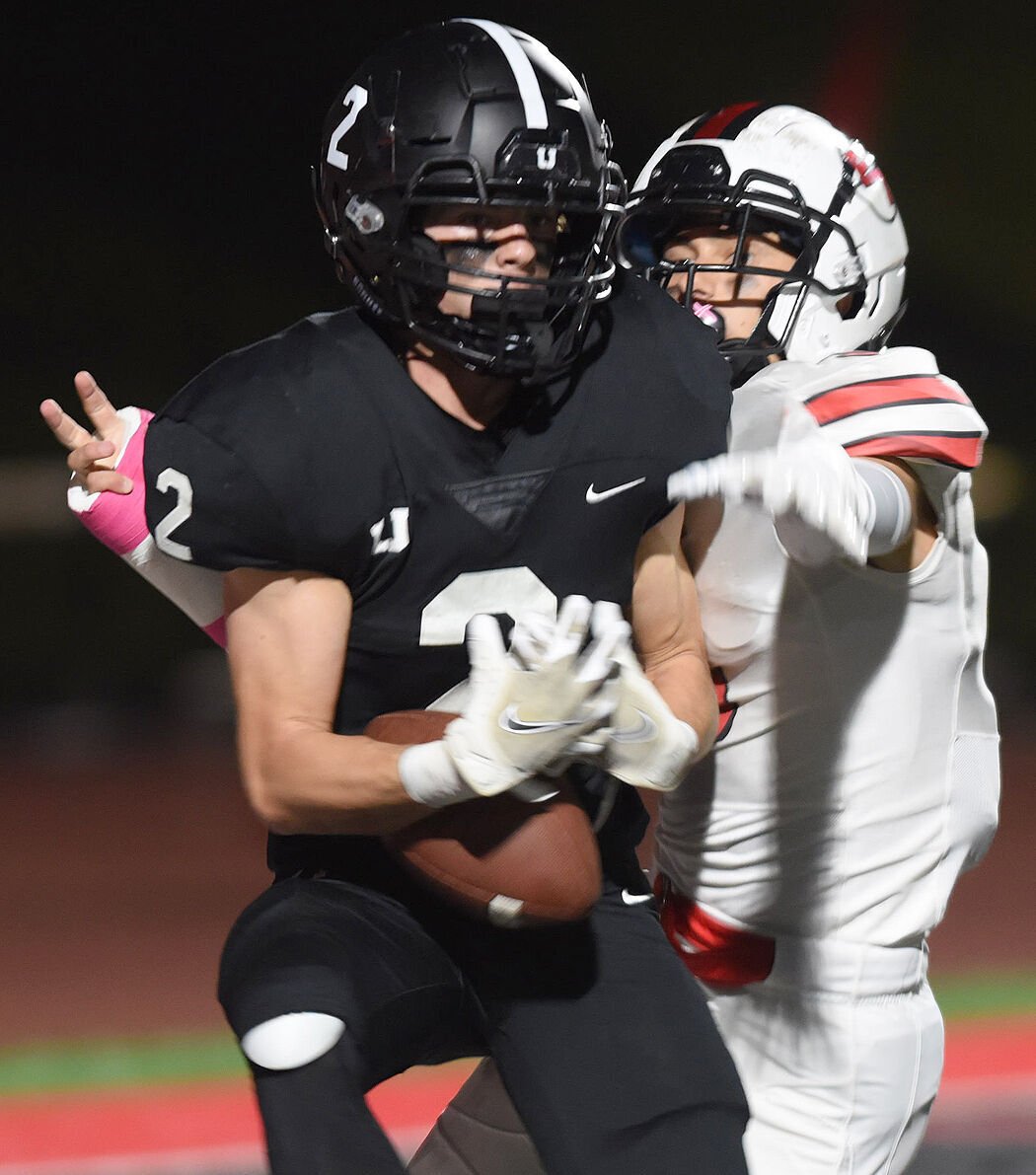 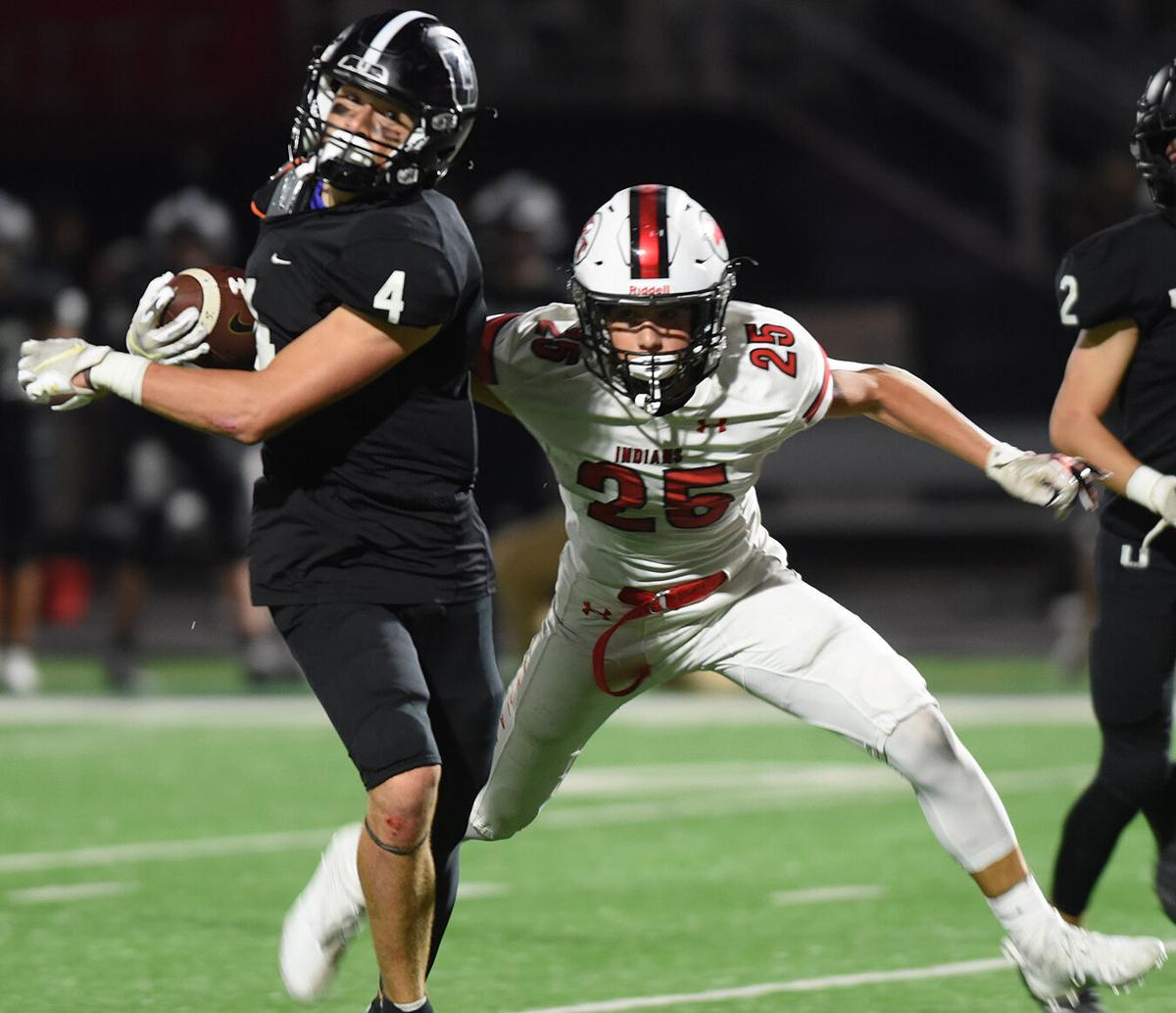 Peters Township's Brendan McCullough attempts to tackle Upper St. Clair's Aiden Besselman after he escaped for a big gain during the Panthers 31-3 victory. 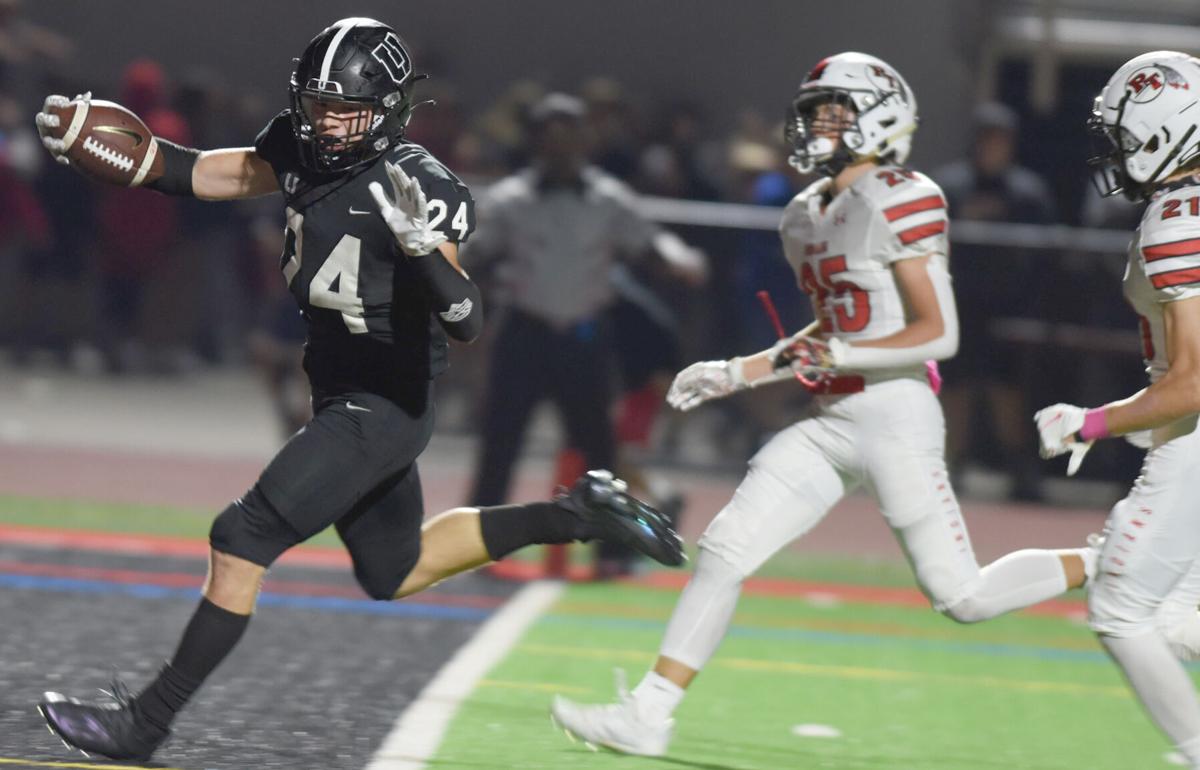 Upper St. Clair's Ethan Hiester sprints past defenders and crosses the goal line for his third score during the Panthers' 31-3 victory against Peters Township.

Peters Township's Brendan McCullough attempts to tackle Upper St. Clair's Aiden Besselman after he escaped for a big gain during the Panthers 31-3 victory.

Upper St. Clair's Ethan Hiester sprints past defenders and crosses the goal line for his third score during the Panthers' 31-3 victory against Peters Township.

Five games into the 2021 campaign and the football season was already too long for Upper St. Clair.

The Panthers stumbled to a 2-3 record, losing games to perennial playoff powers like Mt. Lebanon, Pine-Richland and Penn Hills before dominating Peters Township for a 31-3 victory in their Allegheny Six Conference opener.

“We had a very difficult preseason schedule and we had a lot of injuries,” said USC head coach Mike Junko. “We’ve finally gotten everybody healthy and all our guys back. So it’s a whole new beginning for us. It’s exciting to see and we hope we can build upon this.”

The Panthers are centering their reconstruction project on a successful template. Everybody pitches in.

Aidan Besselman tossed a 56-yard touchdown pass to Ethan Hiester. Brady Erdos found Mateo Cepullio in the end zone for a 29-yard scoring strike. Hiester added two rushing scores of 22 and 5 yards as quarterback and James Smith completed a pass in the game.

“It’s one of those things,” said Junko. “We decided ‘let’s do this as a team’ and everybody has been playing their part. Everybody has been contributing and being selfless. That’s exciting to see.”

The linemen are doing their part as well. The Panthers have relied on Mark Banbury, Marcus Fennell, Chase Rosenberry, Tyler Kirk and Wyatt Kovell up front as well asZachary Ehasz, Marco Carone and Nick Chimento on defense.

A defensive lineman, who has had to switch his uniform number from 90 to 66 to pitch in on the offensive line, Chimento and Tyson Swigart had potential turnovers erased against PT.

Instead of a fumble recovery for a touchdown, Chimento’s score was called off because PT was called for intentional grounding. Swigart had an interception called off.

“Can’t get them all,” said Junko, “but what great efforts by our guys. We’ve certainly have had some exciting moments this season.”

Cepullio has provided drama for the Panthers. A senior, he leads the team with 21 receptions for a 9.1-yard average.

A three-year starter, Cepullio also ranks third on the team in scoring behind Hiester and Bennett Henderson, the placekicker.

“Mateo has grown up in the shadow of David Pantelis and some others but he has come into his own,” Junko said. “It’s exciting to see. He’s making big plays at big-time moments.”

Cepullio is a standout on the Panthers baseball team and plans to play in college at Akron.

“He’s a fantastic baseball player and a fantastic football player,” Junko said. “He would have plenty of opportunities if he hadn’t already committed.”

Cepullio is content with his decision but is enjoying his senior season of football because of his teammates. They contribute to his success.

“I have to give credit to my quarterback and and give it up for my line,” Cepullio said. “They put me in a good spot to make the plays and I end up making them.”