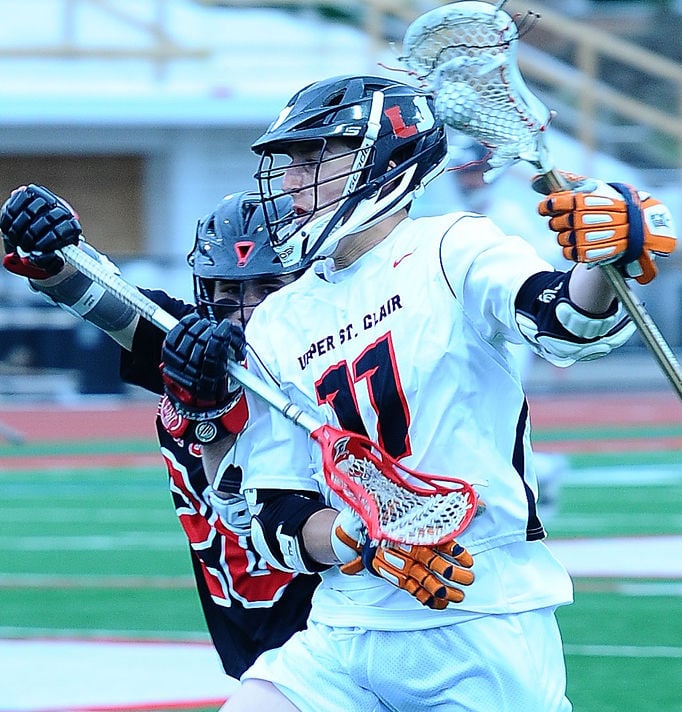 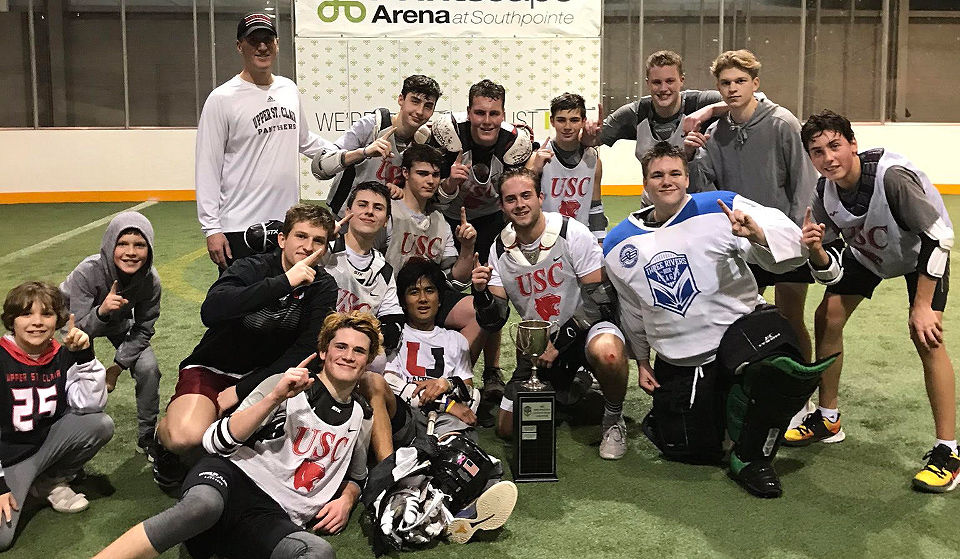 Upper St. Clair was anticipating success in 2020 WPIAL play just as it experienced during its indoor season this winter. 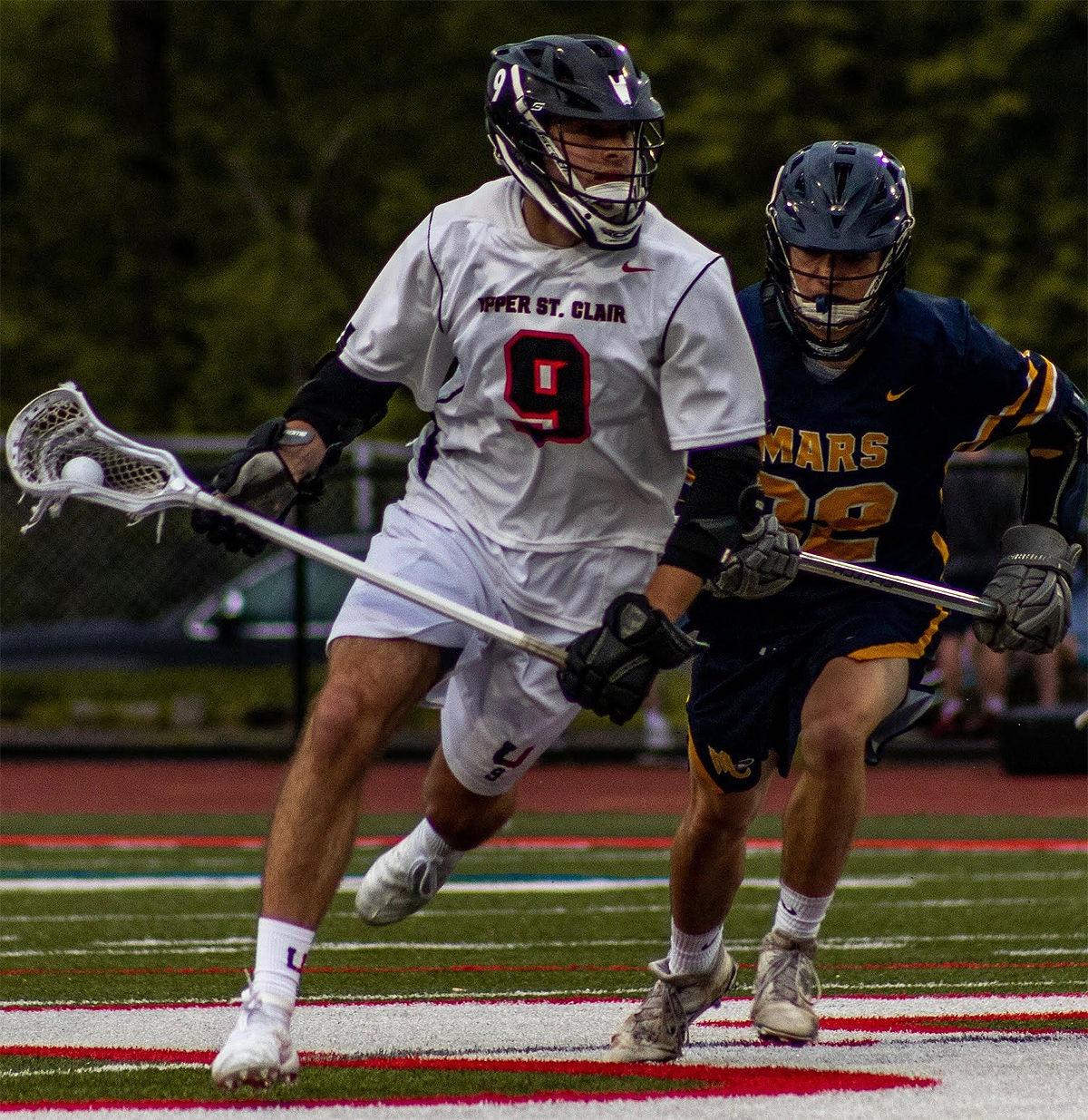 Upper St. Clair was anticipating success in 2020 WPIAL play just as it experienced during its indoor season this winter.

The PIAA canceled all spring sports in Pennsylvania because of the coronavirus pandemic.

“One of my biggest disappointments was that we were not able to get a team photo,” said Yates. “There is nothing for our team historian. There are no memories.”

“We were expecting a good year,” said Yates, whose team posted a 6-2 section record and qualified for the WPIAL playoffs last spring. “Here’s the reality and the way that I am wired, we are winning the WPIAL title.”

Yates entered the season optimistic. His said his team had great offseason workouts and his senior class exhibited strong leadership.

“So we were expecting a lot,” he said.

“Spring is eternal and lacrosse is a spring sport,” Yates added. “Others will have the opportunity to play, but for our seniors it’s a lost opportunity. This was not only the last year of competitive sports in most of their lives but for some, this year they were going to reap the rewards of all the time they put into the sport as individuals and on a team level. That didn’t happen for them. They’ll never get this opportunity again. That’s unfortunate.”

Seven seniors will go their separate ways this summer. Yates said the group was “a special class of bright young men” that will be sorely missed.

“Braden is very coachable,” Yates said. “He takes what coaches tell him and applies it to his game. He has a great IQ for the game.”

“He’s very assertive, blue-collar,” said Yates. “He has passion for the game. He’s worked hard and gotten better every year.”

Tobias earned a Division I scholarship to Canisius College.

“Logan committed himself to that dream. A mission like that as you can imagine requires a type of clarity, great dedication and commitment,” Yates said. “We look forward to seeing how he performs at the next level.”

Heath Erdos complemented Tobias in the midfield. The senior totaled 30 points with 17 goals and 13 assists. He gathered up 52 ground balls.

“Heath was a really well-rounded player. We appreciated that about him,” Yates said. “While he was highly productive on offense, he had a number of jobs.”

Gunnar Kovell will play Division II lacrosse at Queens University of Charlotte. Kovell was a crease defenseman for the Panthers.

“He was our tempo guy, vibe guy,” said Yates. “He was a very intense player with a great motor. He was a good athlete and the guy who raised the energy level of those playing around him.”

Ayush Ghimire blossomed into a strong player on the attack after only picking up the sport between his freshman and sophomore year of high school.

“It is difficult when you play a sport like lacrosse that takes a great amount of skill to compete, but Ayush rose to occasion. He was a hard worker,” Yates said. “His skills developed quickly. He looked comfortable playing with teammates and that’s a credit to his work ethic and dedication. He was a fast learner.”

Jack Clark was another lacrosse convert. Yates coached him in youth football and convinced him to play lacrosse. Clark was expected to be a starting long-stick midfielder and a leader for the Panthers this spring.

“Jack is a very bright kid with a good spirit. He gets along great with his teammates. He was fun to be around. Always smiling,” Yates said. “He kept things lighthearted and brought a perspective that this is supposed to be fun.”

Basil Despines was another athlete attracted to lacrosse once he entered high school. The midfielder also played soccer for the Panthers.

“When you are a good athlete who has had success in another sport, it requires humility and confidence to try and play a new sport against others who have been doing it all their lives,” Yates said. “Basil possessed those two rare qualities. He seemed to enjoy the game. He took to it.”

The Panthers were not expected to rely upon their seniors alone. They had a plethora of talent throughout the roster.

Besselman, like Erdos, is a “gifted” basketball players that joined the team in mid-March as a midfielder, Yates said.

“Aidan has a rare combination of intangibles. Good athlete, strong, fast, great repertoire of skills. He’s capable of scoring goals but great at setting others up for success. He has a great deal of potential,” Yates said.

Yates said he expected Kirk to contend for a starting spot on defense.

Originally, Garces was slated to play attack, but he transitioned to play goalie.

“We needed someone to make a sacrifice for the greater good and George was the right player,” Yates said. “He has the right demeanor and the talent to excel at the position. When we tried him out, he blew away the competition.”

Though a transfer, Schaffer made inroads during the offseason. He finished as one of the top scorers in the Panthers’ indoor league.

“We were really enthused about him,” Yates said. “He hit it off relationship-wise with the players. We expected him to be a strong player.”