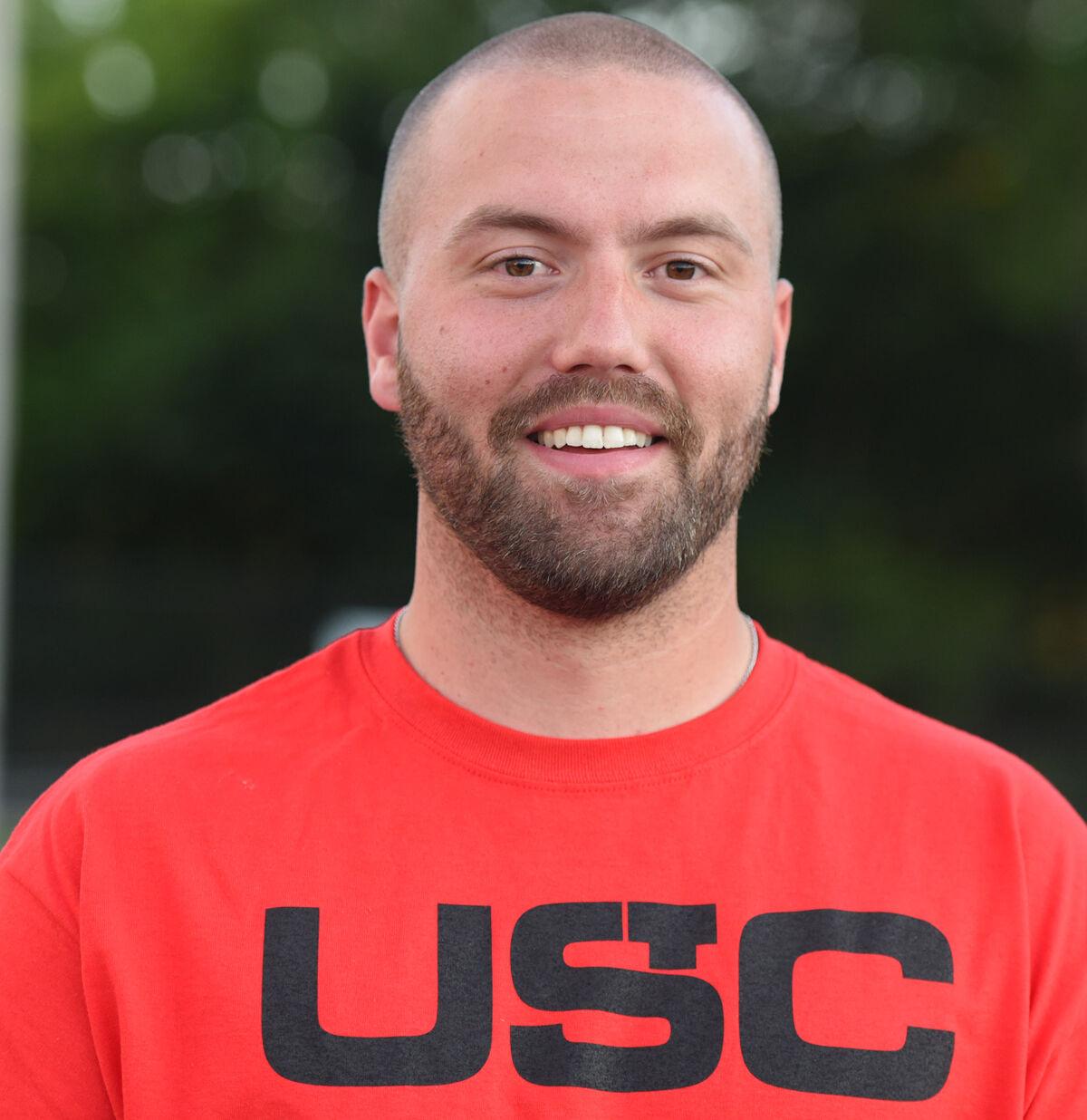 Zach Hamilton has a conversation with his players as the new head coach of the Upper St. Clair High School girls soccer team. 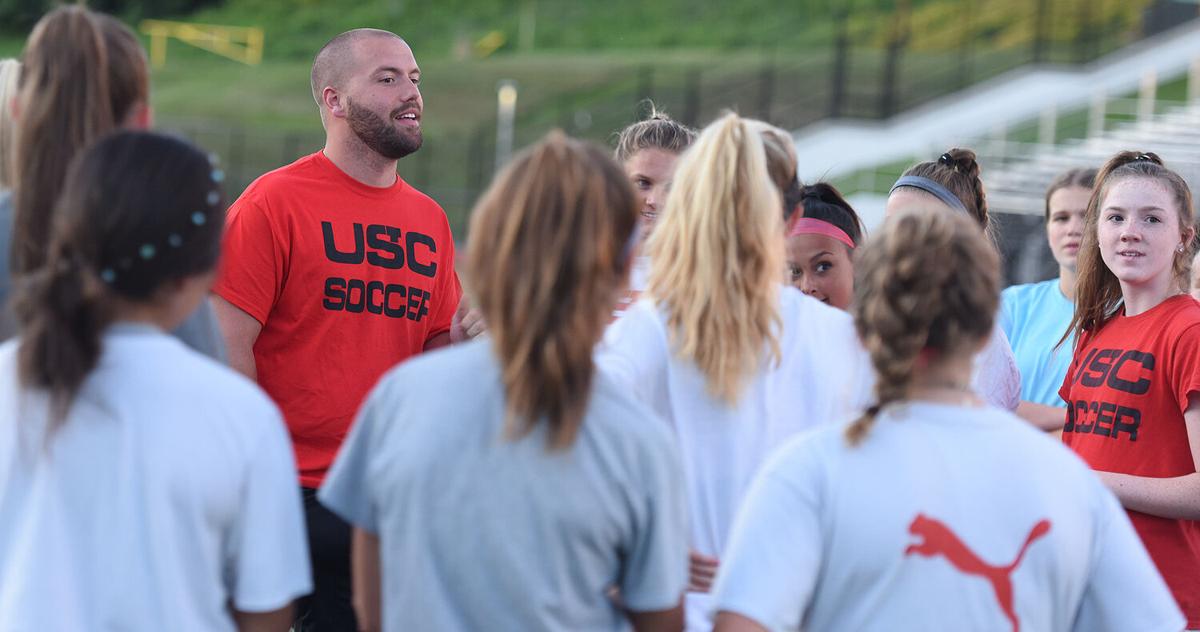 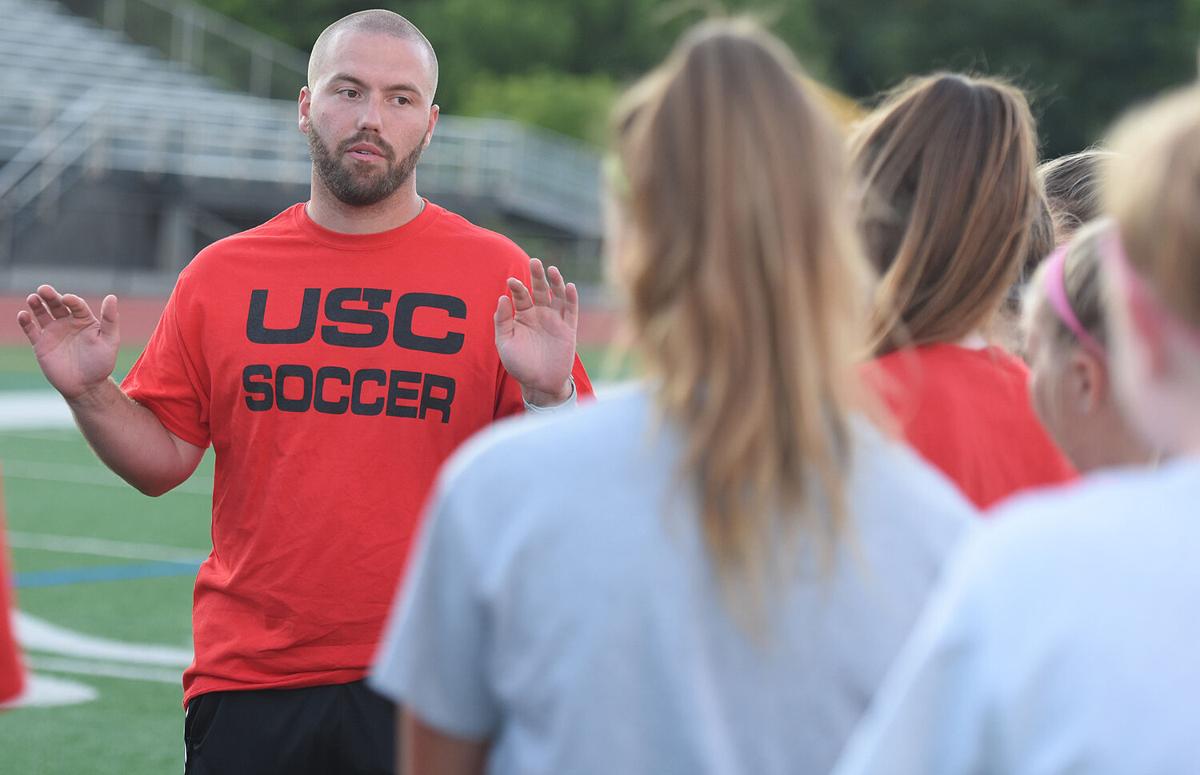 Zach Hamilton stresses a point to his new charges during a summer soccer camp. Hamilton was recently hired as the head coach of the Upper St. Clair girls soccer team, replacing David Gray, who moved on to Duquesne University as an assistant.

Zach Hamilton has a conversation with his players as the new head coach of the Upper St. Clair High School girls soccer team.

Zach Hamilton stresses a point to his new charges during a summer soccer camp. Hamilton was recently hired as the head coach of the Upper St. Clair girls soccer team, replacing David Gray, who moved on to Duquesne University as an assistant.

As far as Zach Hamilton is concerned, he has reached the pinnacle of soccer coaching.

A Chartiers-Houston High School and Washington & Jefferson College graduate, he has been hired to lead the Upper St. Clair girls program this fall.

“To me St. Clair is the marquee program,” the 27-year-old McMurray resident said. “I don’t perceive something trumping USC. It’s top of the line.”

Hamilton works as a talent acquisition senior recruiter for Govini, a software company that focuses on national defense.

“I have a big-boy job from 9 to 5,” he said, “so coaching club and high school provides more than enough of a soccer fix for me.”

Soccer has been in Hamilton’s blood since he first took up the game in the Charters-Houston youth system. By his sophomore year of high school, he was a 20-plus goal scorer and section Player of the Year.

Though he lost his junior season to a torn ACL, Hamilton recovered enough to gain the attention of W&J. He blossomed into a top defender for the Presidents. In addition, he played eight seasons under Presidents’ coach Ian McDonald, on the club soccer team he also coached.

“I learned so many lessons from coach McDonald,” Hamilton said. “Perhaps the one that has always held true is that every player works hard but the difference between winning and losing is competing.

As a coach, he made sure we competed as hard as we worked,” he added. “I want to bring that to USC as well.”

Hamilton will also bring his own playing mentality to the Panthers.

“Obviously being a high school kid, you learn what you like and don’t like in coaches so that translates into doing those better things and improving upon those things you did not like,” Hamilton said. “We have lots of coaches growing up and as we progress to the next level of play, we are around better coaches and players. So I hope to help them become better players and learn from them as well.”

Hamilton already knows the Panthers have one of the most storied programs in the WPIAL. USC has claimed 11 WPIAL championships and one PIAA state title.

Under Hamilton’s predecessor, David Gray, who accepted an assistant coaching position at Duquesne University, the Panthers amassed more than 200 wins. They captured a WPIAL title in 2011 and PIAA championship in 2015.

“USC’s a great program with a storied history and something in which the community can be proud,” Hamilton said. “We want to continue that culture and being role models.”

Since 2019, Hamilton set the standard at Chartiers Valley. His assistant coaches with the Colts, Hannah Judkins and USC graduate Sam Lackner, will make the move to USC as well.

“It was a hard decision to make,” Hamilton said. “Leaving CV was tough and very sad because I coached a great group of girls. The district and administration were outstanding and the coaches from the other sports were great to work with, cooperative and very supportive.”

Besides his stint at CV, Hamilton brings a wealth of coaching experience to his new position.

Hamilton served as an assistant at Trinity and South Fayette, and has coached at Victory Express and the Beadling Soccer Club. He is responsible for Beading’s 2005 girls and boys and 2003 boys teams.

“Obviously, I know my background qualifies me for the job and all of my experiences should help me make this transition,” Hamilton said.

“I’m excited beyond belief to take this position,” he continued. “To me, USC is a premier program that competes in the toughest section in Pennsylvania. Why a coach wouldn’t want to be part of that and steer the team in the right direction is beyond me.”

Fall sports begin in the WPIAL with training camps on Aug.16 and USC kicks off the 2021 season competing in the West Mifflin Tournament over Labor Day weekend.

“We are excited to get started,” Hamilton said. “My only expectation is that each day, the girls show up to work with their hard hat on and get better every day. We want to work hard and continue to be role models in the community.”

Hamilton, 27, is engaged to Melanie Cocco. She coaches field hockey at Peters Township and assists with the lacrosse team.

“Obviously it’s a big rivalry not only in the districts but in our own house as well. I am sure it will be a great game,” Hamilton said.

“Hopefully, we can handle our side of business but because of my relationship there is a tad more weight on the outcome for bragging rights.”

Hamilton and Cocco, who own two dogs named Sullivan and Murphy, are scheduled to wed in November.

The PIAA state finals for field hockey are set for Nov. 20 at the Zephyr Sports Complex at Whitehall High School while the soccer championships are held over two days, Nov. 19-20 at Hersheypark Stadium.