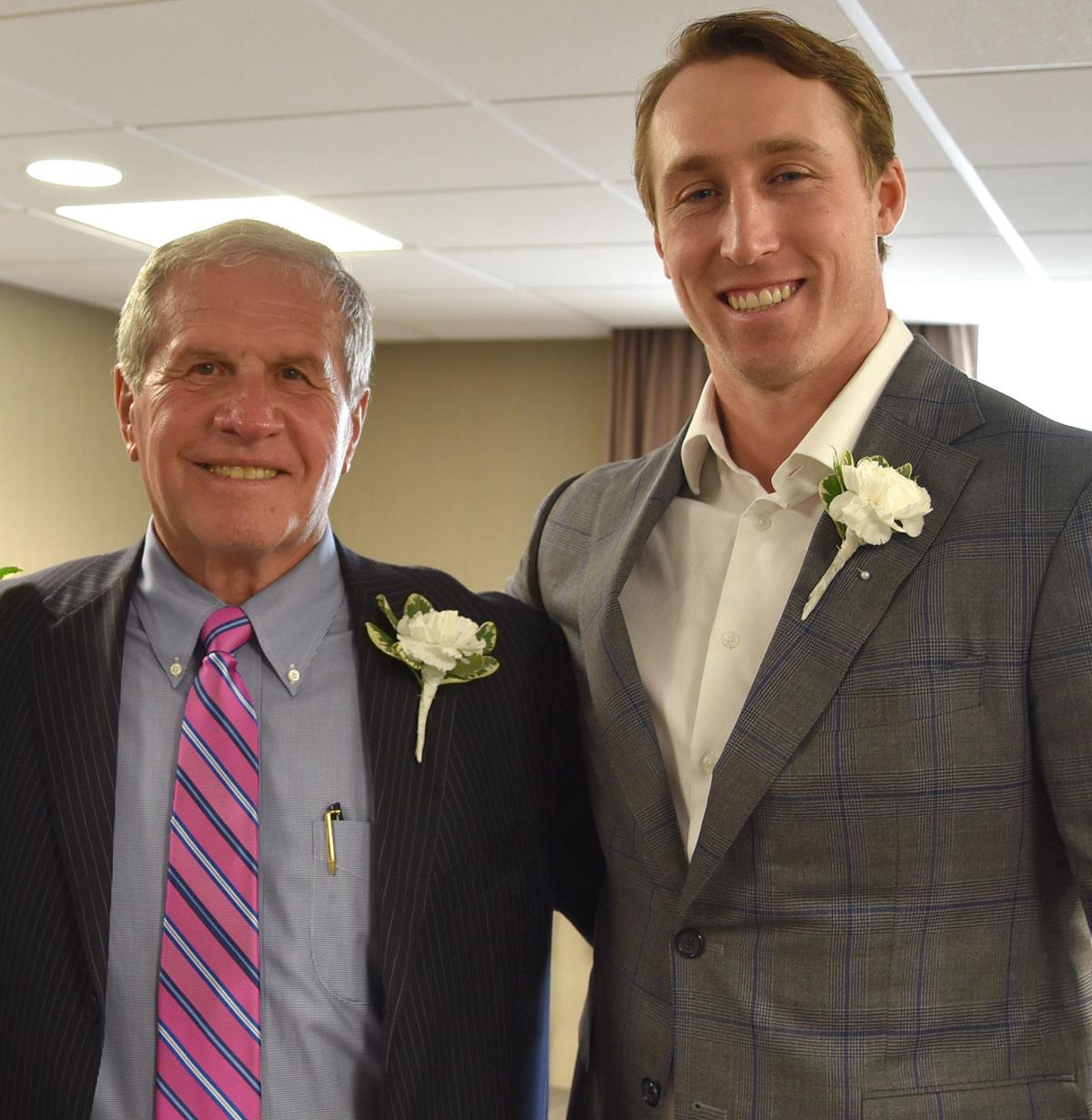 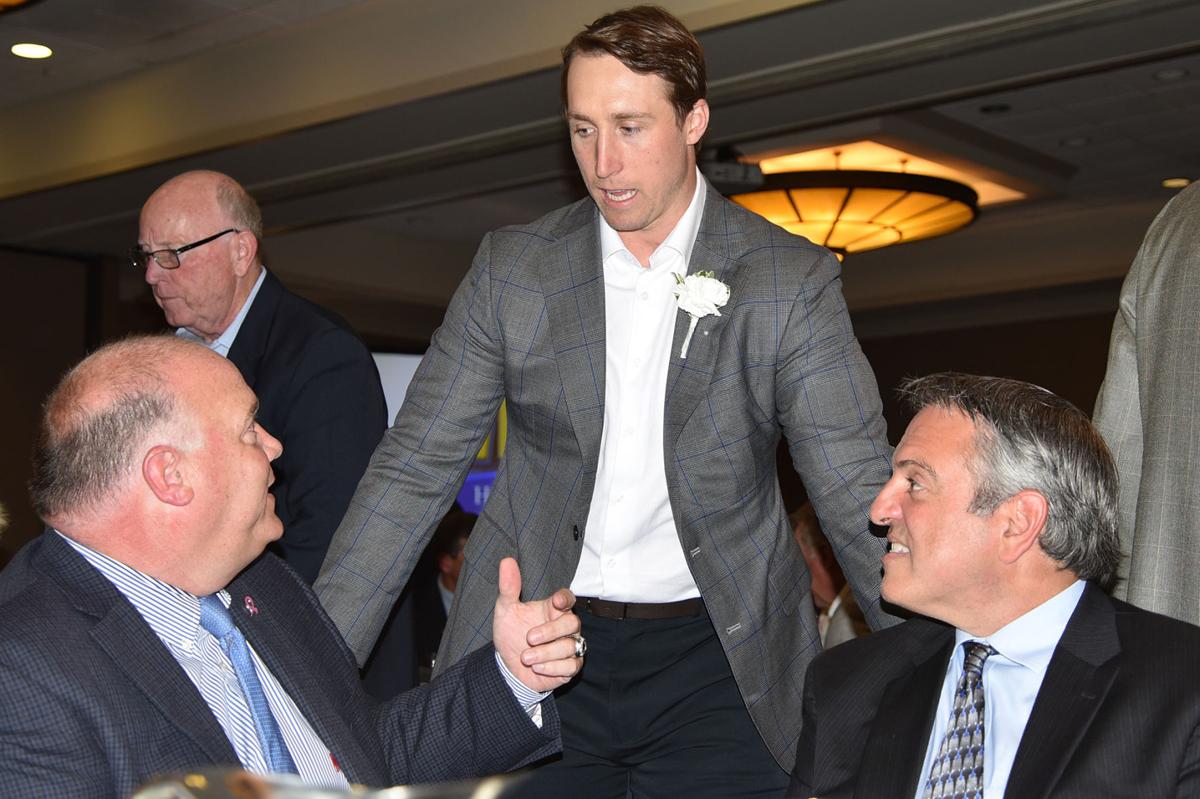 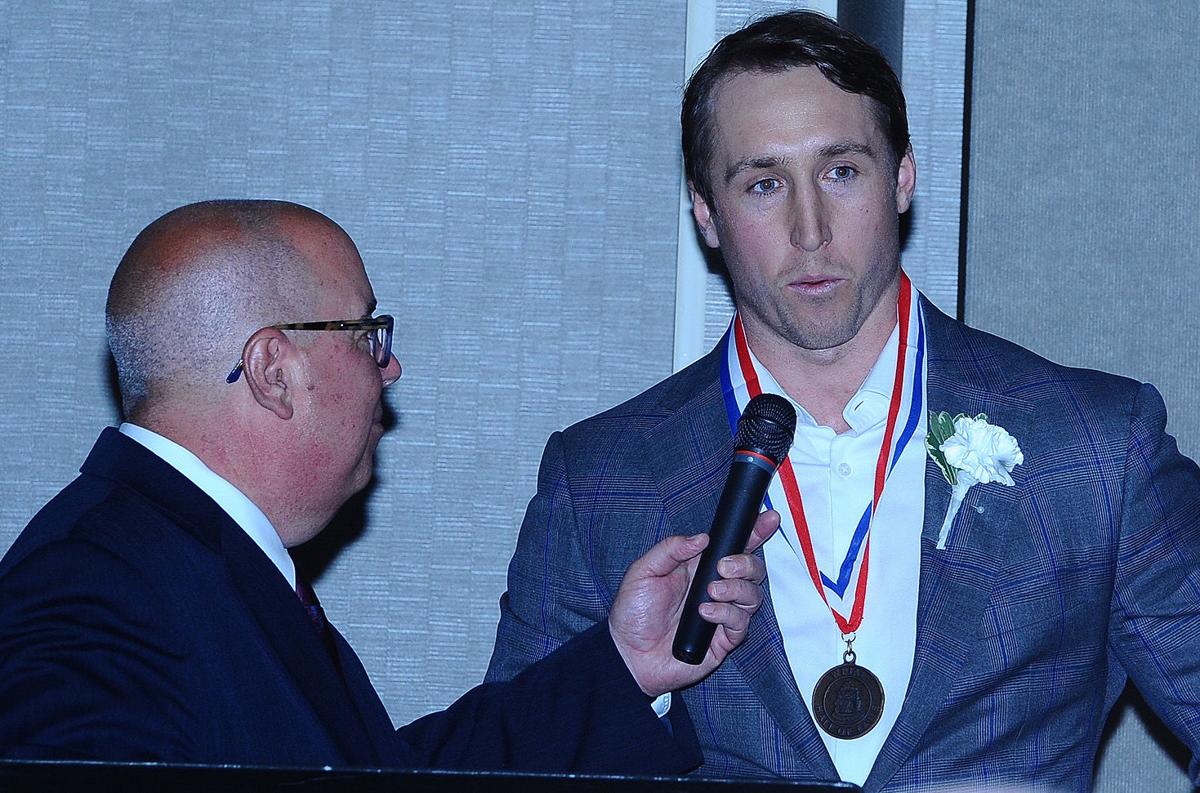 Although the 32-year-old Upper St. Clair native is in the final year of his reworked, multimillion dollar contact, don’t expect this to be his last year of playing in the NFL.

“They are going to have to drag me off the field because I love playing,” Lee said. “I want to play football as long as I can.”

A slew of injuries took him out of the starting lineup in 2018 and after being replaced by rookie Leighton Vander Esch, Lee enters the season as a backup. He will also shift to strong-side linebacker, giving the Cowboys flexibility to play more of a 4-3 defensive scheme.

Lee said he is hopeful the adjustment will be successful. Some of the situations he will face are “similar” to what he has been exposed to in the past, he said.

Versatility has been Lee’s calling card ever since his playing days at Upper St. Clair High School. In 2005, he was The Almanac Male Athlete of the Year as a two-sport standout.

A three-year starter at point guard in basketball, Lee averaged 21.2 points, 9.1 rebounds and 3.2 assists as a senior. He also captained the Panthers to a WPIAL championship. In football, Lee rushed for 1,240 yards and 21 touchdowns while registering 95 tackles and four interceptions as a safety for an 11-1 squad his senior year.

“Sean’s greatest asset to me was that he liked to compete,” said former USC football coach Jim Render. “He set the tone for a lot of things that we did and a lot of the successes we had. Sean was a marvelous athlete.”

Joe Paterno thought so, too. The late longtime Penn State head coach recruited him to play football. With the Nittany Lions, he started two consecutive seasons. As a junior, he ranked second on the team in tackles with 138 and earned All-Big Ten second team honors.

In April 2008, however, he tore the ACL in his right knee and took a medical-redshirt. Lee came back to captain the Nittany Lions to an 11-2 record and a thrilling victory over LSU in the Capital One Bowl Jan. 1, 2010 in Orlando, Fla.

Heading into this season, Lee has 688 career tackles — 447 solo and 241 assisted. He also has registered three sacks, four fumble recoveries and 13 interceptions, two for touchdowns.

Though the Cowboys won the NFC East last season with a 10-6 record, they lost to the Rams in the divisional playoffs, ending their hopes of returning to the NFC Championship for the first time since 1995.

“No question,” Lee said, “winning the Super Bowl, to me, is the ultimate goal. I’m still chasing that. It’s like wanting to win a WPIAL title and finishing your career with something like that.”

As he heads to camp, Lee is healthy.

“I have had a great off-season and I want to continue to play and help the Cowboys win. I love the group that I am involved with. It’s a group that has been together for a while and they love to compete, love to work together,” Lee added. “So while trying to play is a year-to-year thing, I would love to play as long as I can. I still love playing.”

Though Lee’s said his heart belongs to Pittsburgh, he loves living in Texas and playing for America’s team.

“I love Pittsburgh, but man the weather,” Lee said on a recent visit. “In Texas, it’s very nice. I don’t like the cold nearly as much as I did when I was growing up.”

“I have been blessed to be with the Cowboys for 10 years and and being able to play for an organization with an unbelievable tradition with great people and to be able to play against great players in the NFL,” he added. “It’s been a dream come true. They have treated me great and I have loved it. Hopefully, we can help bring a championship to it.”

To date, the one championship that sticks with Lee is the WPIAL basketball title he helped his high school win in 2005 when the Panthers defeated rival Mt. Lebanon at Duquesne University’s Palumbo Center. The Panthers finished 27-3 overall that season, reaching the second round of the PIAA Class AAAA tournament.

Of all the honors and accomplishments in Lee’s career, his recent achievement ranks among the best, too. Earlier this summer, Lee was inducted into the WPIAL Hall of Fame.

“It’s incredible to be in, an honor,” said Lee of the WPIAL Hall of Fame.

“To also be going in with this group, who have been huge influences in my life and in my career,” he said. “Really, all these people have shown me the way and helped me have success in my career.

“And, being in the WPIAL, the type of culture we have here,” Lee added, “ The competitive nature we have. It set me up to have success at other levels.”

Lee credits his family for much of his success. His parents, Craig and Geralyn, instilled in Lee his ferocious appetite for competition. His brother, Connor, who excelled at soccer and became a standout placekicker for the University of Pittsburgh, as well as his sister, Alexandra, fueled that competitiveness through their sibling rivalry.

“My tenacity comes from two parents that were fanatical about hustle. They instilled that in me at a young age. There were a lot of games and I came out and I felt good about myself, but when I got in the car all I heard about were the loose balls that I didn’t dive for and the loaves I had on the football field. But they supported me through everything and were unbelievable. They had a high standard forever.”

Lee said he also owes a debt of gratitude to Render.

“Coach Render is one of the greatest football coaches of all time at any level,” he said. “The hard work I learned from him. The discipline it takes to win. How much he loves football. How much he loved his players. He set the tone for my whole career. He really took the ceiling off me and made me believe that I could accomplish things that I never thought I could do. I am so grateful for that.”

Lee is also grateful for his wife. He and Megan McShane started dating in high school. Her brother, Patrick McShane, quarterbacked USC to a PIAA championship and a perfect 16-0 season in 2006.

Throughout his youth and participation in sports, Lee said he has learned valuable lessons. The primary one he said was that he has been blessed with so much support.

“To be able to grow up in this area with great people who love sports, with great coaches that treat you right,” he said. “To me, you can’t take that for granted.”

Lee added sports can also teach you how to do things right and to be a leader.

“I look at Coach Render and he would always talk about “do right” and that is something I guided my life by,” he said. “Sports are great, but the lessons you learn transcend further into life. They can help you become the person you want to become.”

Lee is also grateful for the opportunity to be a WPIAL athlete.

“First of all, it set me up for anything that I wanted to do,” Lee said. “The confidence of being able to compete in the WPIAL at a high level with great coaches. If you look across the WPIAL and you look at every school, there are so many coaches that do things the right way and really can help you have success in sports but really in life, too.

“The lessons that they teach you. And I say this to them, too, that when I was 18 and somebody told me that I could play in the NFL, I would have said no way but because of the coaches, because of the area, because of all the support I had, I think it helped me to accomplish a lot of goals.”

One objective, however, Lee is unable to achieve is making a Cowboy partisan out of a die-hard Steelers fan. He noted one of the highlights in his career was when Dallas played Pittsburgh in 2016.

“That was special. We were able to beat them on a last-second touchdown, but what was special to me was when I came out of the stadium there were 30 of my family and friends out there in my jersey. Win or lose, they were going to come out there,” he said. “The problem was as I got closer and closer, they had my jersey on but underneath they had black and gold on. You would think after all those years, they would have gotten over it. But you know how deep that Steelers blood is.”