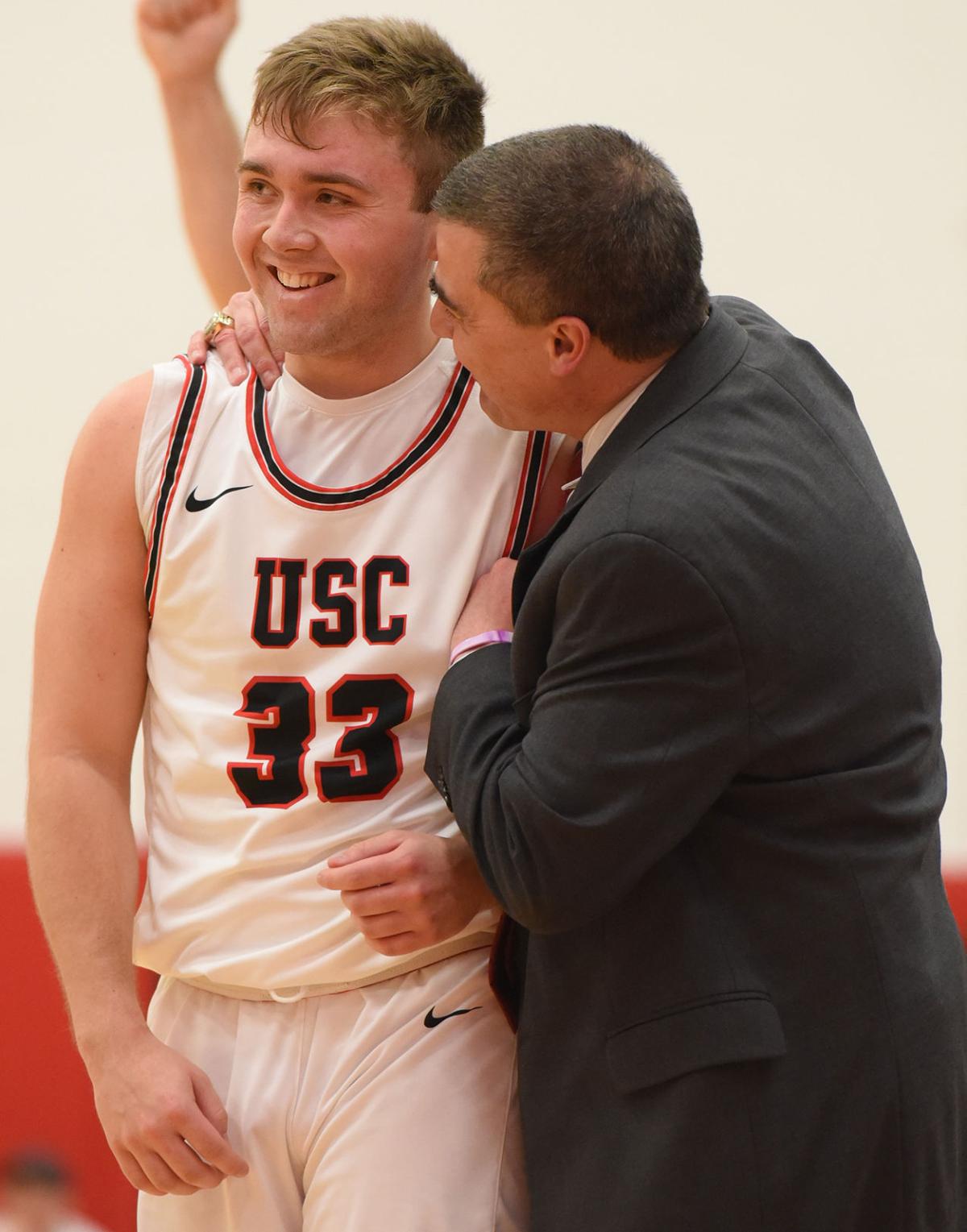 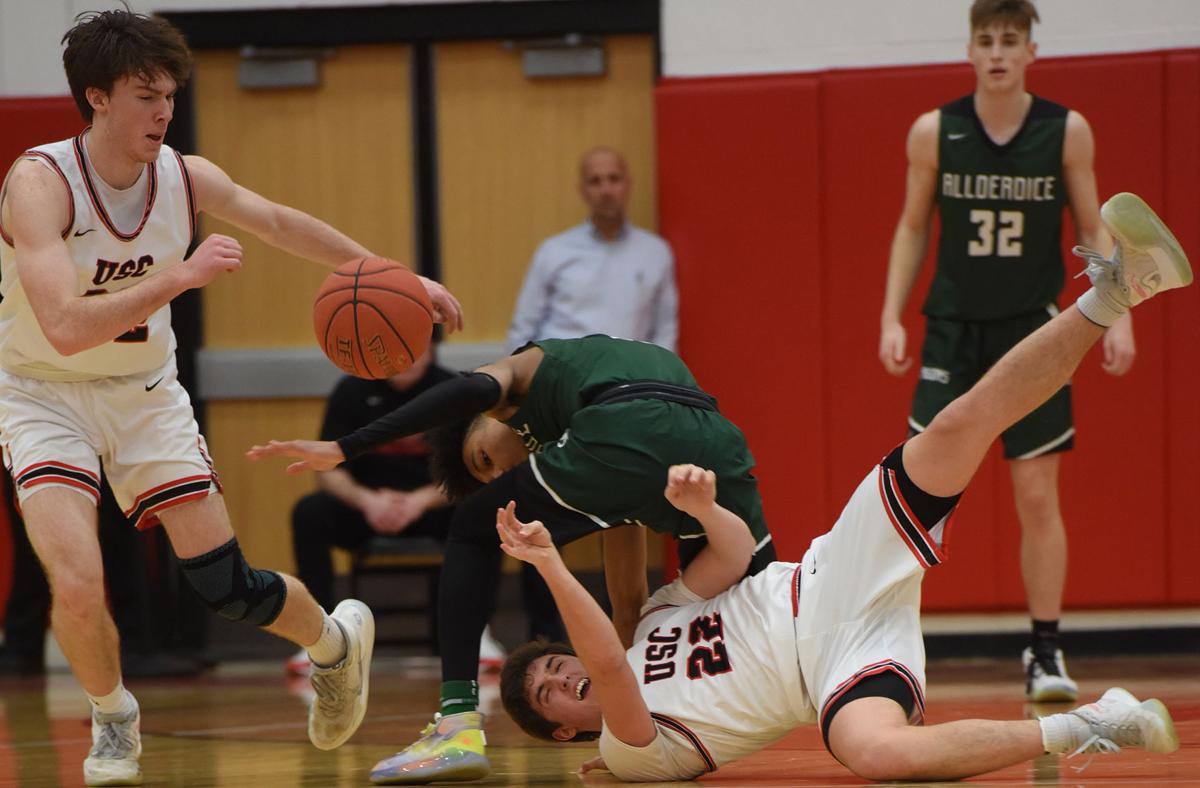 Luke Gensler passes the ball to Andrew Casey after creating a turnover against Taylor Allderdice. 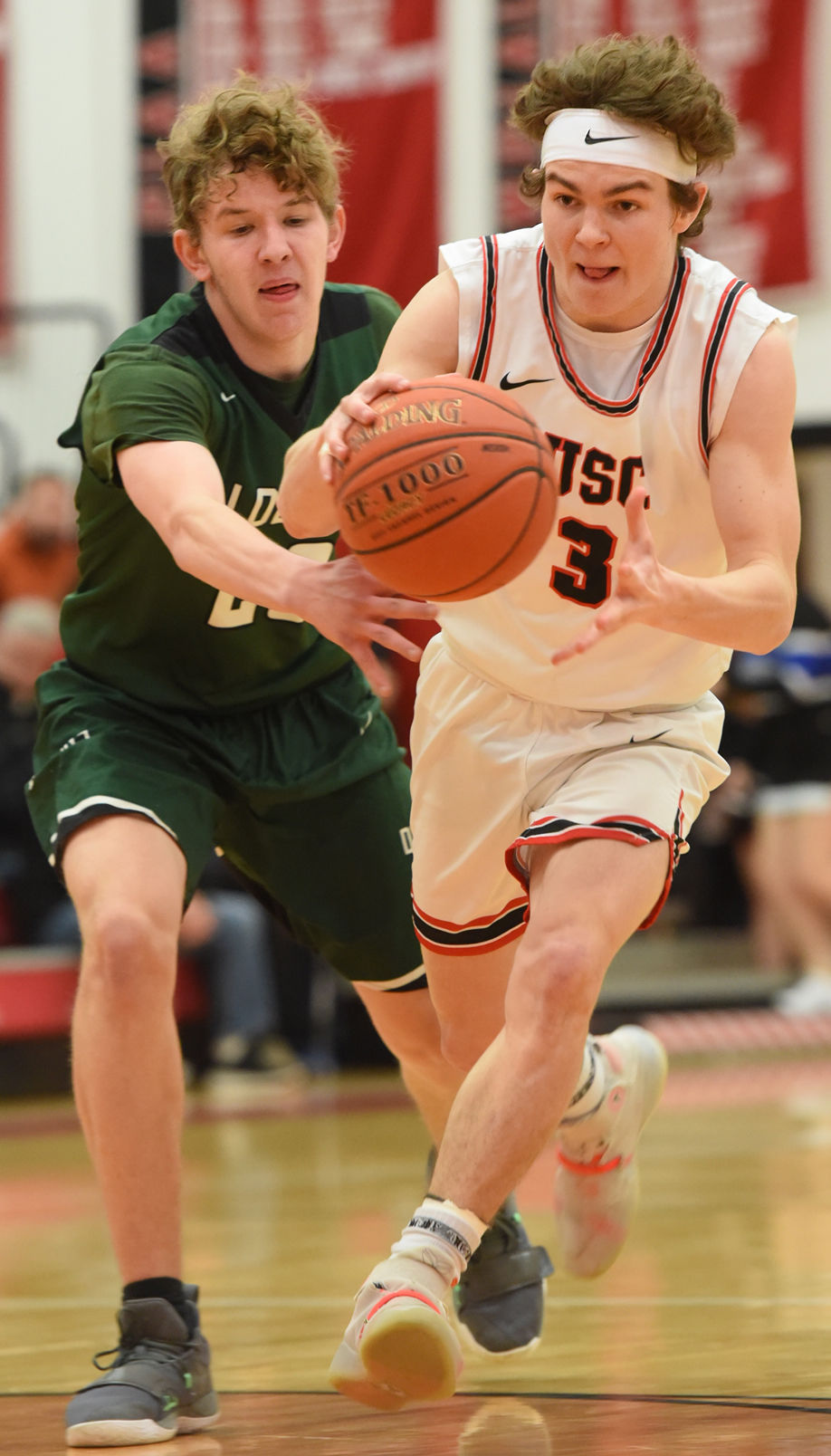 Upper St. Clair's Ethan Dahlem passes the ball before it can be stolen by a Taylor Allderdice defender. 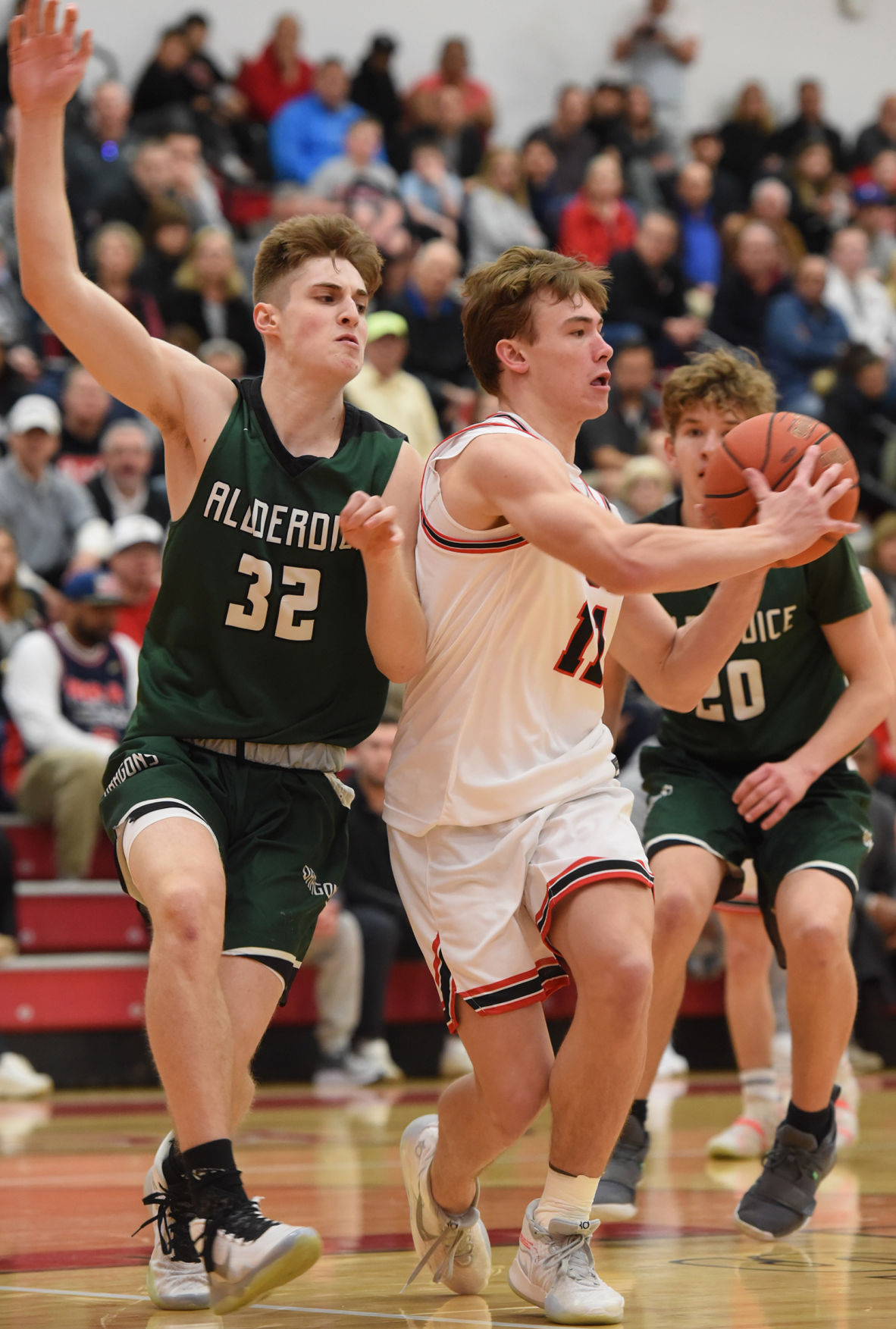 Upper St. Clair's David Pantelis, right, gets rid of the ball before Taylor Allderdice's Blake Haber can swat it away.

Luke Gensler passes the ball to Andrew Casey after creating a turnover against Taylor Allderdice.

Upper St. Clair's Ethan Dahlem passes the ball before it can be stolen by a Taylor Allderdice defender.

Upper St. Clair's David Pantelis, right, gets rid of the ball before Taylor Allderdice's Blake Haber can swat it away.

The senior, who has fought through several injuries, guided Upper St. Clair (21-4) to a 63-45 victory against Taylor Allderdice (19-8) in a first-round PIAA Class 6A boys basketball playoff game at Fox Chapel.

Russell scored 13 points. His three 3-pointers propelled the Panthers to a 19-9 lead it never relinquished.

“I am just so happy for Josh because he’s such a great kid,” said USC head coach Danny Holzer. “We really thought his career was over.”

Russell missed most of his junior year because of a torn meniscus in his left knee.

During a Jan. 7 section win against Canon-McMillan, he broke a bone in his left foot. Russell, who was averaging 10 points a game for the Panthers, underwent surgery that required a pin to hold the bone in place.

Russell returned to action in time to play a possession in USC’s Feb. 22 WPIAL quarterfinal playoff win over Pine-Richland.

“I didn’t think I would be able to play again a few weeks ago,” he said. “So being able to come out and be a factor and winning a state playoff game is just incredible and I will never forget this game in my life.”

Russell looked terrific in scrimmages against North Catholic and Laurel Highlands in preparation for the PIAA tournament, Holzer said.

“He got his mojo back,” said Holzer of his first-quarter play against the Dragons.

Russell connected on three of his first four shots, all beyond the 3-point arc.

“I was really pumped to see them go in,” Russell said. “Just watching them drop was an incredible feeling, as was being able to give us the little boost we needed. It was so amazing, but my teammates found me. Give them credit.”

Holzer said he was proud to see his players rally around their teammate.

“Part of our team motto was let’s get Russ in that uniform one more time,” he said. “He’s not going to play in college so this was it for him.”

Russell said the second setback in his career was tough, but he appreciates his teammates being in his corner.

“I had endless support,” he said. “I couldn’t be more thankful for my teammates, family and coaches. We are so just like a family. We love each other and it shows on the court.”

Ethan Dahlem is an example of that esprit de corps. He dished up a handful of assists while Andrew Casey exploded for all 11 of his points in the second half as the Panthers stretched a 26-20 halftime advantage over Taylor Allderdice to 42-35 by the end of third quarter.

Luke Gensler matched Russell with 13 points while Landon Rauch proved a big factor on the boards and David Pantelis on defense.

But, Russell was USC’s life preserver.

“No question, he saved us,” Holzer said. “To me, his first quarter was the difference in the game.Our team is really resilient and our record is what is it, but with (Russell) we add another dimension. Plus, he’s gritty on defense.

“People don’t realize he’s really smart and always in the right position,” he added. “He’s worked so hard in his career and he’s one of the best pure shooters that we have ever had. He’s lights out.”

Holzer said Russell is a standout in his history class, which has allowed the teacher and coach to develop a special relationship with his player and pupil.

“We are close. I love that kid,” Holzer said of Russell.

“When he got injured, I was as heartbroken as he was. I mean what are the chances it would happen again. So while the win was one thing, it was my highlight with Josh.”