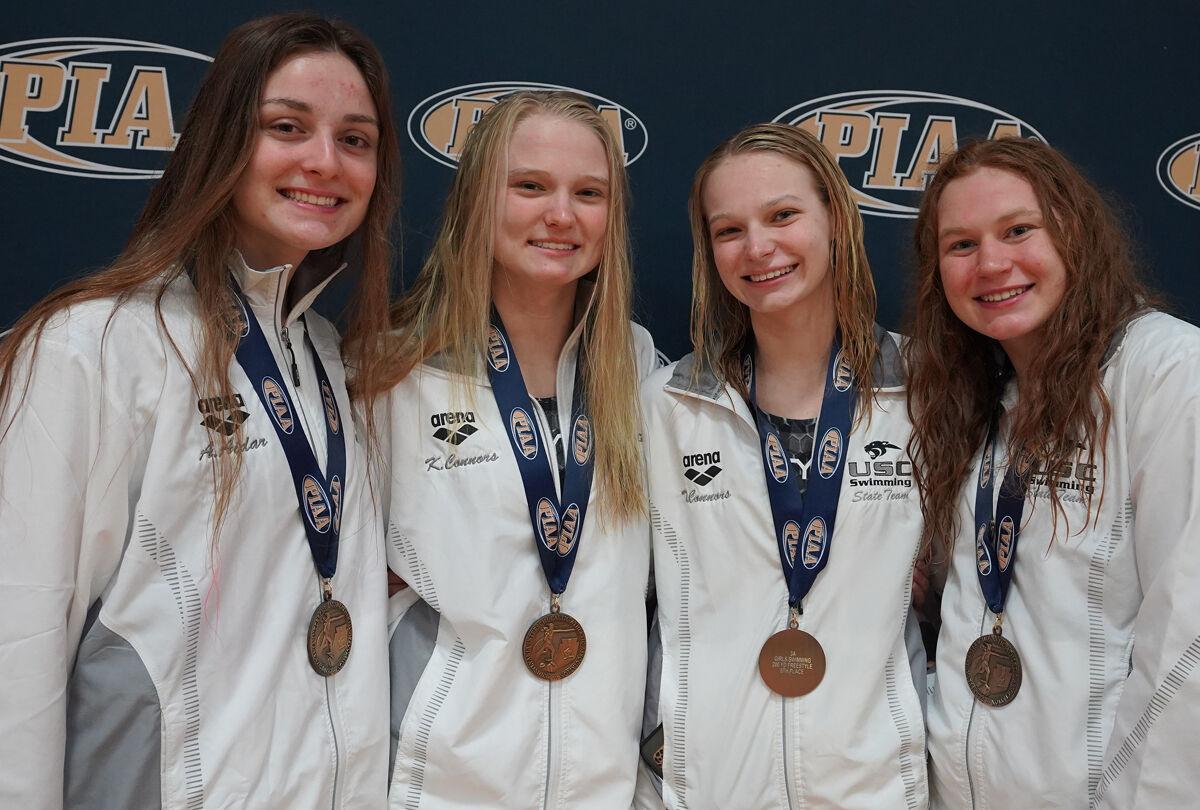 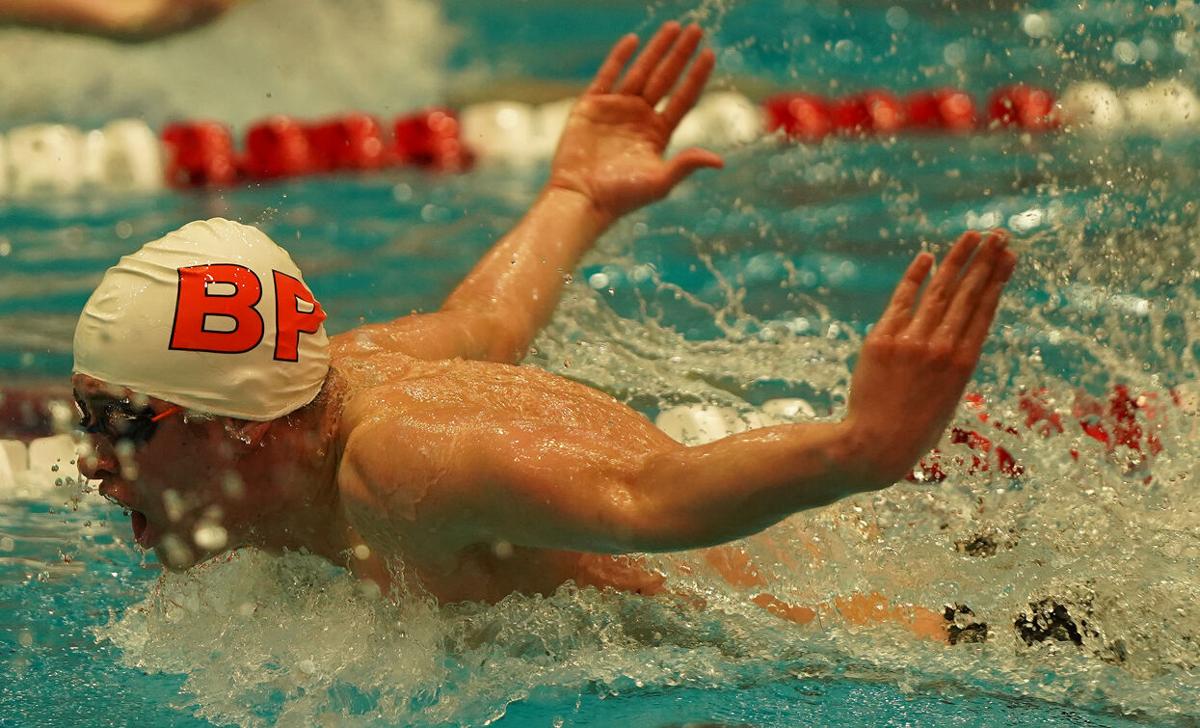 Bethel Park’s Dom Cortopassi earned a PIAA medal when he placed eighth in the 100-yard butterfly with a 50.54 time.

Bethel Park’s Dom Cortopassi earned a PIAA medal when he placed eighth in the 100-yard butterfly with a 50.54 time.

“Taylor had a solid effort, made the podium, medaled and broke a school record,” said USC head coach Dave Schraven. “The record was a goal of ours and a great achievement.”

Connors will continue her career at Miami University in Ohio.

Her sister, Kaitlyn, took ninth in the 50 free with a 24.02. The freshman also combined with her sister, as well as Abby Rutkowski and Amanda Aidar, for the bronze in the 200 free relay with a 1:32.26 mark.

The same unit, with Sophia Schlichting serving as an alternate, scooped up fifth place in the 400 free relay and shattered the school record with 3:29.82 mark.

The Panthers thrive on relays.

“They are so much fun,” said Rutkowski. “I think they are the most fun events. Just getting up there and racing and support your team and each other.”

A senior, Rutkowski plans to pursue a career in medicine. She has narrowed her college choices to Georgetown and Villanova.

Aidar agreed with Rutkowski. A freshman, she specializes in the butterfly and individual medley. Aidar swims the freestyle during the middle legs of the relays, which are bookended by the Connors sisters.

“Honestly, the others are all good at the free and I’m just the next choice because I can do all the events,” Aidar said. “Relays are crazy. They are my favorite things to do. It’s like whoa, get off the blocks and go. Give it all you’ve got.”

The foursome’s efforts earned the Panthers a spot tied for 11th in the team standings with a 97 score. The North Allegheny girls won the team title with 167 points. Wilson finished as the runner-up with a 152 total.

The Upper St. Clair boys team finished third as a team with 134 points and five other Panthers joined Josh Matheny on the podium at the PIAA swimming championships.

Turns and underwater swims off the walls carried Sivaramakrishnan to success.

“We talked prior to his races how important the third turn was,” Schraven said. “I told him ‘no matter how tired you are, you have to hammer that wall’ and Ganesh executed. He got it done.”

Schraven said he was pleased with the progress Sivaramakrishnan made during his junior year.

He also noted he played a big part in the team’s success.

“My hope for him is that he keeps on improving and is a leader next year,” Schraven said.

Jason Zhang played a key role in USC’s success at states. He and Matheny were the team’s senior participants.

Zhang and Matheny combined with Sivaramakrishnan and Ryan Senchyshak for first place in the medley relay with a 1:33.33 time.

The 200 free relay team of Senchyshak, Daniel Wang, Ethan Neal and Sivaramakrishnan earned eighth-place medals. All in the foursome are juniors.

“Obviously we are losing the greatest swimmer we likely have ever had,” Schraven said of Matheny, an Olympic hopeful. “So it is my hope that his teammates look to that success and move forward.”

Dom Cortopassi earned a PIAA medal when he placed eighth in the 100-yard butterfly with a 50.54 time. The Bethel Park junior also took 10th in the 100 backstroke with a 50.87 mark.