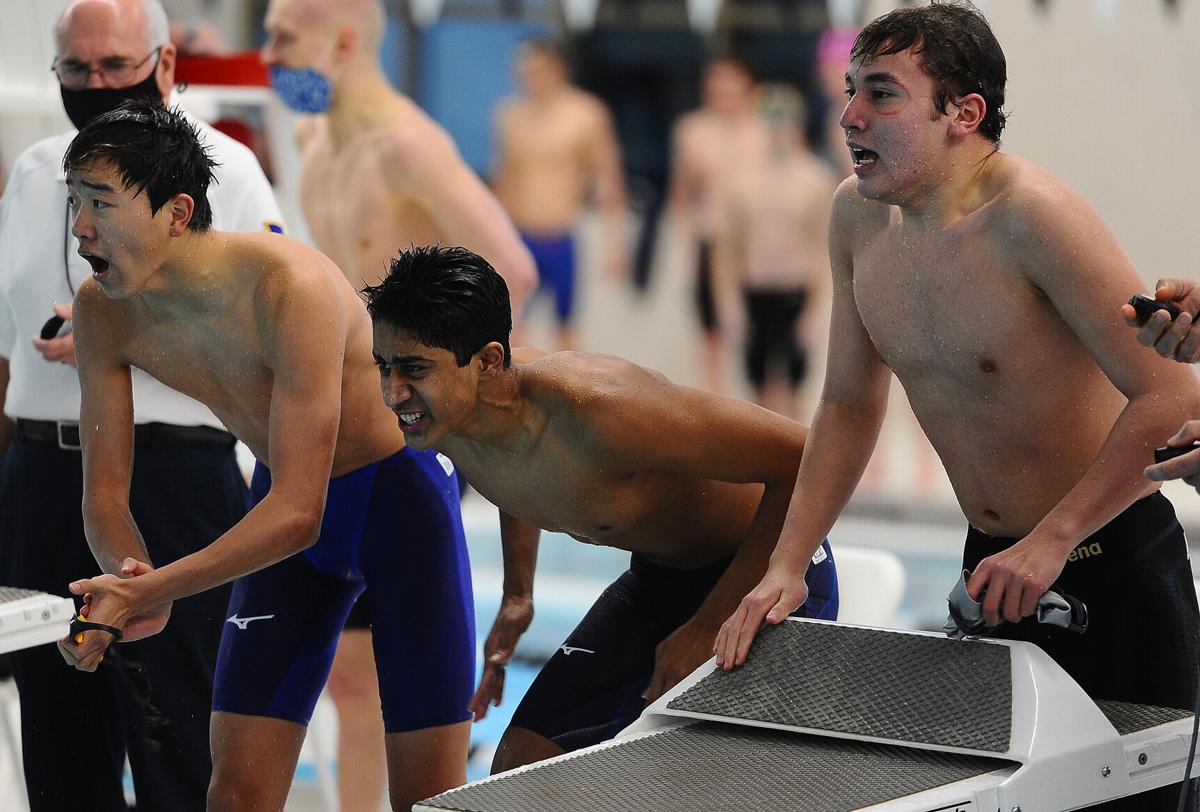 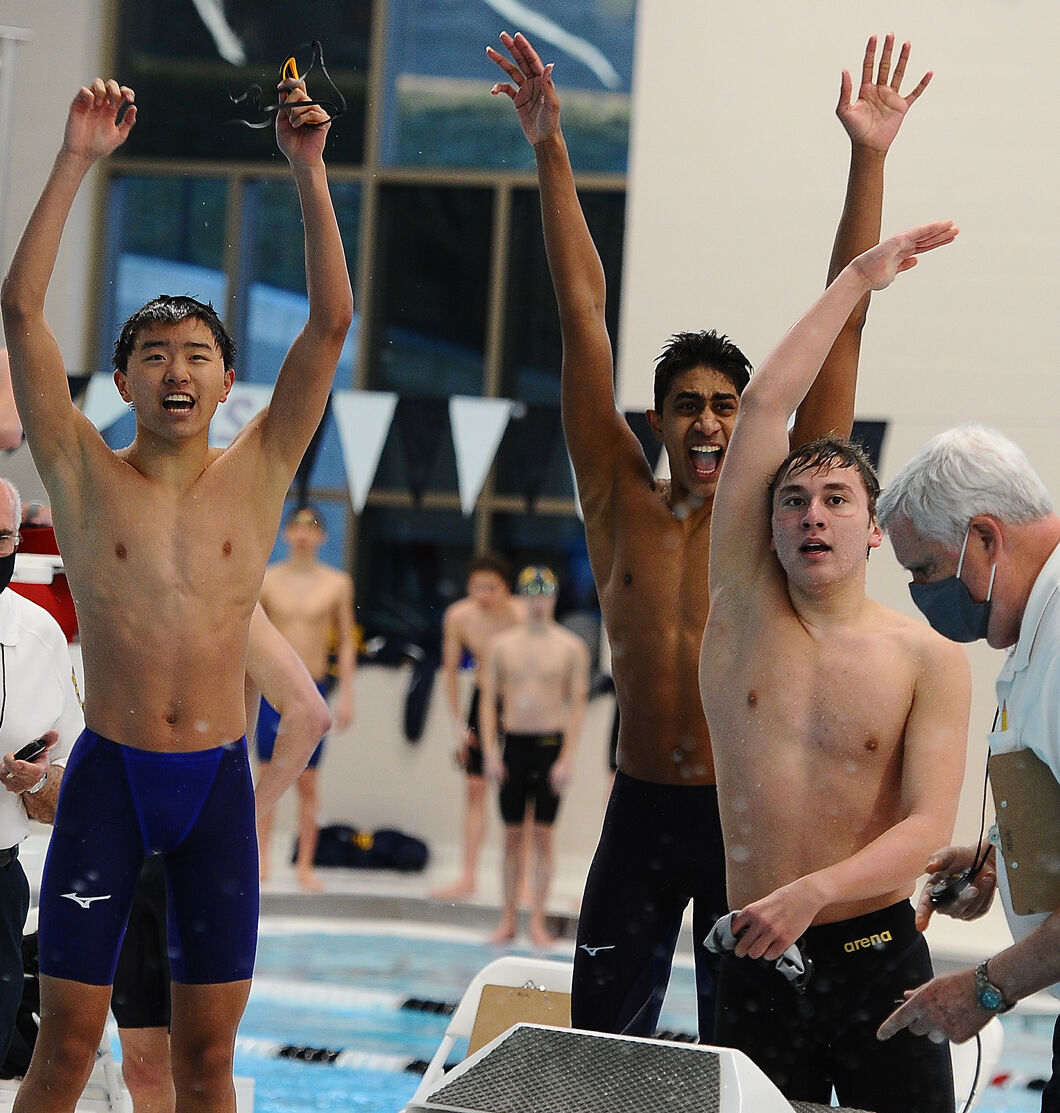 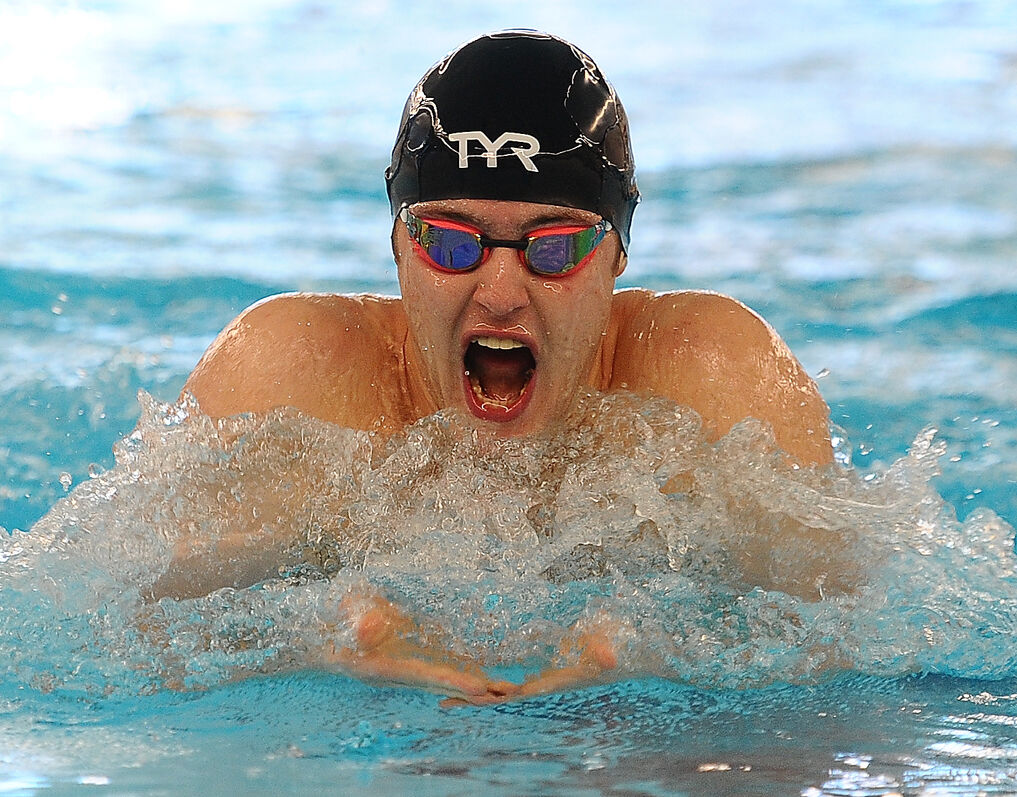 Dave Schraven exhausted every emotion and experienced every cliche imaginable as he coached Upper St. Clair to victory in the WPIAL Class AAA boys swimming championships.

The Panthers overcame a 37-point deficit and needed only a sixth-place finish in the final race to secure their first team title in 10 years. As in 2011, when USC edged North Allegheny for the championship, the Panthers provided plenty of drama as they eked out this year’s title 276.5-275 over runner-up Seneca Valley.

“Everybody was like congratulating me about winning before the relay,” Schraven started, “but I was really, really nervous because I knew it wasn’t over.

“You can’t count your chickens until they are hatched,” he added. “We held on by a thread.”

The Panthers actually held on by .23 hundredths of a second.

Seneca Valley won the final event, the 400-yard freestyle relay in 3:07.16 and collected the 40 first-place points. Penn Trafford came out of the slowest heat and dropped a 3:11.52 for second place.

Meanwhile, Mt. Lebanon posted a 3.13 time in the event, while North Allegheny finished in 3:14 in the second heat.

So, Schraven knew the team trophy was not assured until Ryan Senchyshak, Jason Zhang, Ethan Neal and Josh Matheny snuck in a sixth-place finish with a time of 3:13.55.

“It doesn’t get much closer than that,” Schraven said. “If we had been one tenth of a second slower, we would have lost the meet by half a point.”

Though the Panthers had defeated North Allegheny in a dual meet earlier this season, Seneca Valley was the favorite to dethrone the Tigers, who had won the previous nine titles. The Raiders had beaten both the Panthers and NA in dual-meet competition.

“Realistically going into the meet, I thought we had a 25% chance of winning,” Schraven. “This victory is a real testimony to these kids. They did what they had to do.”

USC opened the meet with a victory in the 200-medley relay. Ganesh Sivaramakrishnan, Matheny, Zhang and Daniel Wang comprised the relay team, which broke the pool record with a 1:33.33 time.

The Panthers followed with three finishers in the top 10 in the individual medley with Matheny finishing third, Andrew White in eighth and Will Perham in 10th. Senchyshak and Wang supplied points in the 50 sprint while Neal contributed in the 100 free.

Sivaramakrishnan was the runner-up in the butterfly with a time of 50.03. Zhang added five points with a 12th place finish.

The 200 free relay, however, proved the difference in the meet for the Panthers. The team of Daniel Wang, Sivaramakrishnan, Neal and Senchyshak cruised to victory in 1:25.35.

“The 200 free made all the difference in the meet,” Schraven said. “That swung 14 points in our favor and set us up for the second half.”

Senchyshak and White picked up points for the Panthers in the 100 and 500 free events. Sivarmakrishnan finished fourth in the backstroke while Wang and Neal also contributed. In the event, USC picked up 35 points to SV’s four.

Additionally, Matheny dominated in his signature swim, breaking his own WPIAL record with a time of 54.50 in the breaststroke. Also in the event, Perham earned a WPIAL medal with eighth place and Patrick Benedict added points to set the stage for the dramatic finish.

“We could never rest easy though. It would have been nice if we had enough of a cushion. It was never like that until Josh touched the wall,” Schraven said. We were just barely fast enough.

“It just goes to shout you that you can’t take your foot off the case ever,” he added. “We made up a lot of ground. The kids swam great and we got a result that was awesome.”

The Panthers will not rest on their laurels.

USC expects to have a strong showing at the PIAA championships set for March 19-20 at Cumberland Valley High School in Mechanicsburg.

“That’s the goal, to repeat,” said White. “Obviously we are losing a big class. We will celebrate our win now and see about next year tomorrow.