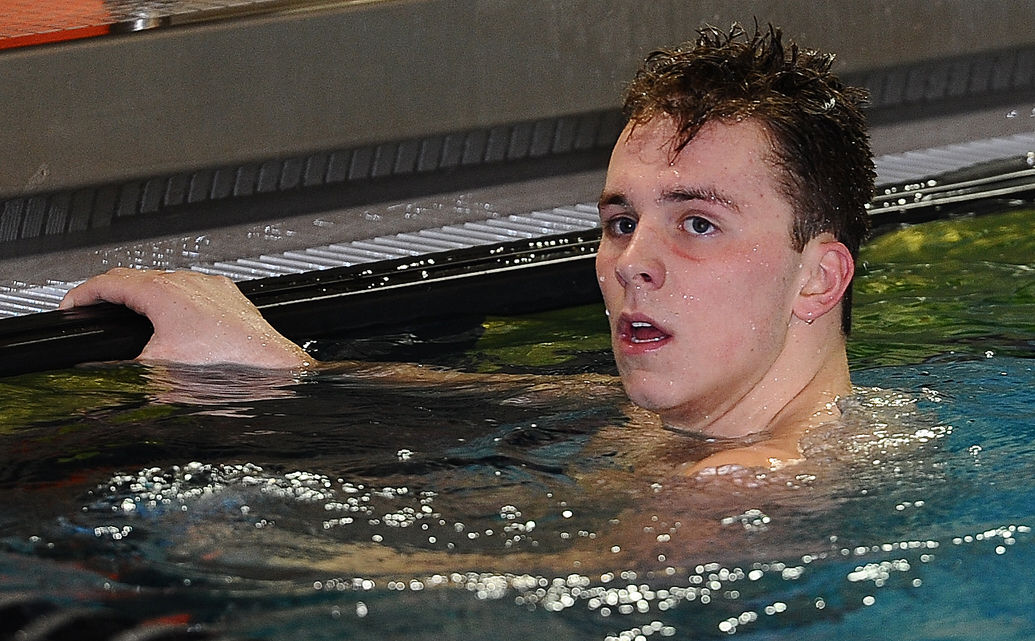 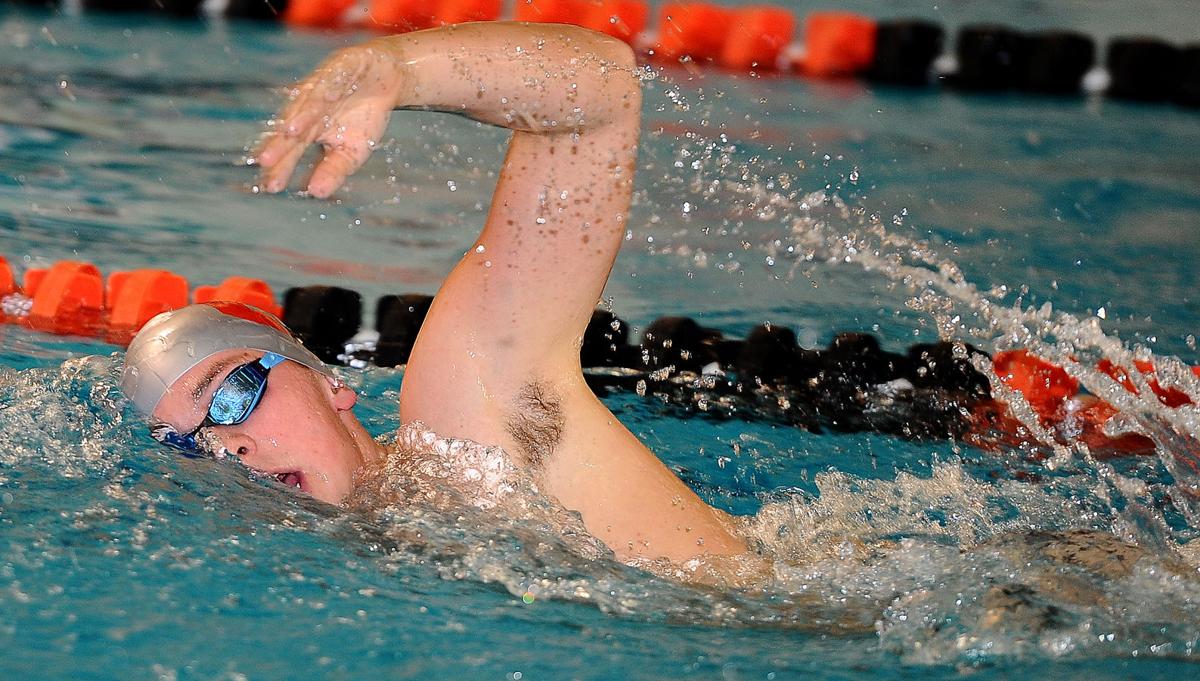 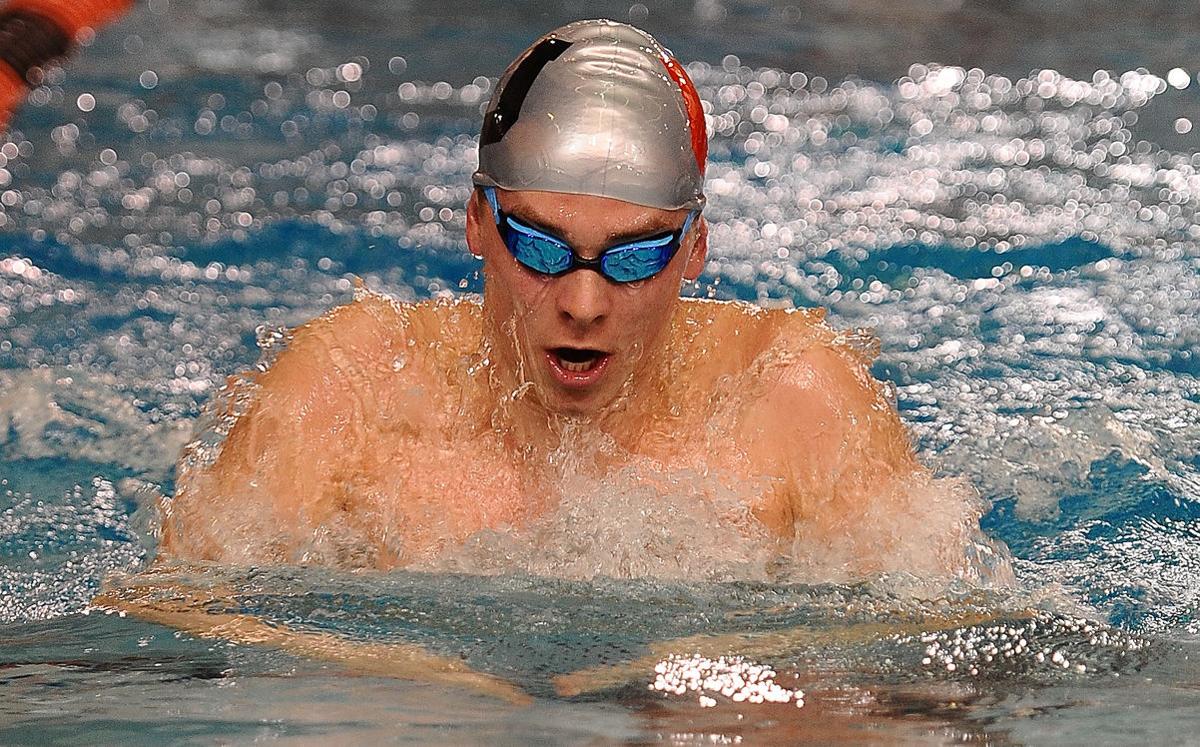 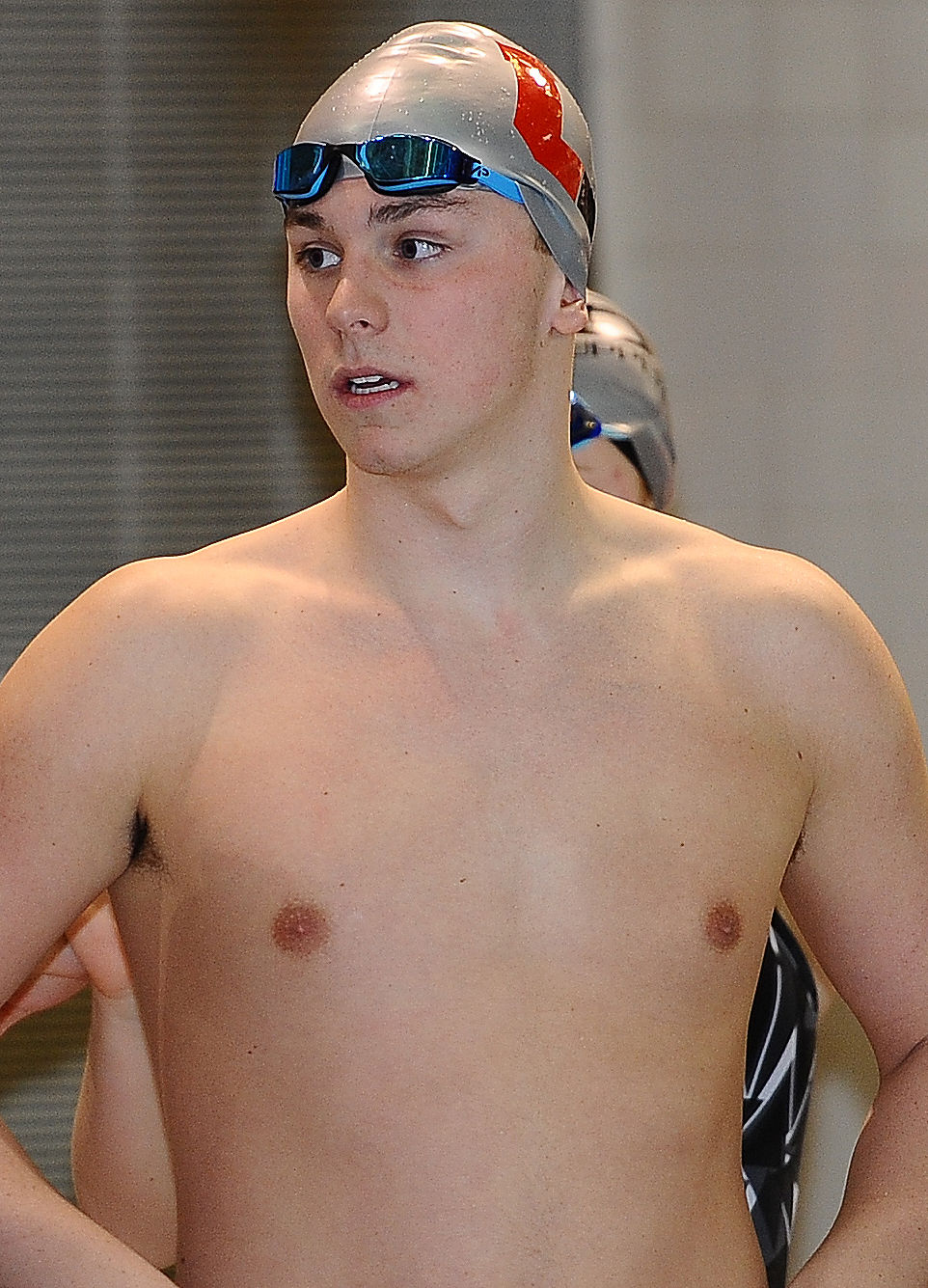 While his brothers floundered, Jack Fitzpatrick took to the water like a fish.

“Gavin and Quinn were taking swimming lessons,” Fitzpatrick said of his siblings, “when the instructor asked me if I also wanted to try. I did and stuck with it but my brothers did not. I was told I was a natural.”

At age 10, he had mastered the butterfly while others were still learning the Australian crawl let alone perfecting that stroke, better known as the freestyle.

“It’s weird,” Fitzpatrick said, “Fly is the hardest stroke but I picked it up right away. It was all I wanted to do. I was good at it. That’s why they said I was a natural.”

When he arrived at Upper St. Clair High School, Dave Schraven recognized Fitzpatrick’s innate ability so he molded him into an IMer just as he was in high school before sailing off to Stanford. Now, Fitzpatrick, too is a prized Division I recruit – Notre Dame – and the top individual medley swimmer in the WPIAL and perhaps in the state.

“We talked when I was a freshman because Coach Schraven was an IMer and he said that I reminded him of him,” Fitzpatrick said. “I was adequate at all four strokes.”

Who is he? Upper St. Clair senior expected to dominate the 200-yard individual medley and 100 backstroke during the WPIAL swimming championships set for Feb. 28 and March 1 at the University of Pittsburgh's Trees Pool.

With whom would you like to have dinner: Debbie Fitzpatrick. “My grandma. She was one of the nicest people that I have ever met unfortunately she died when I was 10.”

What life lesson has your sport taught you: To be a team player and not be pessimistic. In life, we may work with people we may not even like but to be our best, we must work together if we are going to accomplish anything.

“I believe in doing IM-based training for all of our age group swimmers because I think even through high school, swimmers should not be pigeon-holed into specific strokes or events. We encourage swimmers to be well-rounded and as they develop, their best events will rise to the surface. That being said, in order to truly be a great IMer, it requires that swimmers really not have a weak stroke,” Schraven said.

“Jack certainly fits that bill. He has always been a strong IMer and I knew this would be a great event for him.”

The other requirement, continued Schraven is to have an “IMer mentality” which Fitzpatrick also possesses.

“Great IMers take pride in being the most well-rounded swimmers and view the IM as their primary event, not whatever their best stroke is. You see plenty of swimmers who could be great IMers because they are solid in all four strokes, but they never fulfill their potential as IMers because they don’t have the mindset.

“Jack has the mindset,” Schraven added. “That’s why he’s been successful.”

Fitzpatrick certainly has an impressive resume. He’s a three-time All-American and two-time Junior National participant. He is a five-time WPIAL as well as five-time PIAA medalist. He was the WPIAL champion and runner-up in the 200-yard IM as a sophomore and a junior. He also earned bronze and silver in the 100-yard backstroke as a freshman and a sophomore.

Demonstrating his versatility, this winter, he has qualified for every individual event as well as all three relays for the WPIAL championships set for Feb. 28 and March 1 at the University of Pittsburgh’s Trees Pool although he will only be allowed to compete in four events. While he owns the WPIAL’s top seven times in the 100 (fifth), 200 (third), 500 (fourth) freestyle events and breaststroke (seventh), Fitzpatrick will compete in the 200 IM and the 100 back, where he owns the second fastest time in the state, as well as two relays during the district championships.

Though Fitzpatrick has set his sights on helping the Panthers win the medley relay at the PIAA championships and on winning and setting a WPIAL record in the backstroke, he knows anything can happen as he peaks for the end of the high school season.

Schraven maintains equal expectations. Because he has been swimming “great” all year, Schraven expects Fitzpatrick to experience success in the upcoming championship meets.

“We’re more focused on his process and achieving his goal times than we are on what place he gets at this or that meet. That said, I know the school record in the 200 IM is something on his (and my) radar,” Schraven said of the mark of 1:48.32 held by current NCAA All-American Fynn Minuth. “So that would be a nice record to break.”

While Brendan Burns from Conestoga will be hard to beat, let alone set a PIAA record against in the backstroke, Fitzpatrick is on a level playing field with the Indiana University-Bloomington recruit when it comes to potential in the collegiate pool. Fitzpatrick picked Notre Dame over Michigan and Princeton. The Fighting Irish rank among the Top 25 men’s programs in Division I and they finished third in the ACC last year. Notre Dame’s 2019 freshman class is ranked in the Top 5 in the country.

“Notre Dame had all that I wanted. It met my academic and athletic expectations,” said Fitzpatrick, who owns a 4.3 GPA at USC. “There is none that compares and my visit was surreal. I just knew Notre Dame was the place for me. Where I could achieve my goals,” he added.

During his stay at Notre Dame, Fitzpatrick anticipates qualifying for the NCAA championships, setting a few records and perhaps making his Olympic cut times. Coach Schraven predicts his best event will be the 400 IM. He does see Fitzpatrick swimming that event at the Olympic Trials in 2020.

“Jack has shown steady improvement throughout his high school career, and I expect that to continue at Notre Dame. I’m looking forward to seeing what he can achieve when he is focused on his training and he has people of similar ability to train with every day.”

At USC, Fitzpatrick does have competition as he is able to work out with Josh Matheny, who is among the top-ranked sophomores in the nation and an elite breaststroker. In fact, he is the defending WPIAL and PIAA champion, a recent two-time winner at the 57th annual Pitt Christmas Meet and a Junior National champion.

“Josh pushes me every day,” Fitzpatrick said. “Before he got here, there was nobody to push me, especially in the breaststroke. That is definitely not my best stroke.”

Fitzpatrick could become good at that stroke too, thanks to his work ethic.

“Jack is a workhorse,” Schraven said. “He’s got great size that certainly helps in swimming but at the end of the day swimmers need to be willing to work hard. Jack does work hard and it has certainly paid off.”