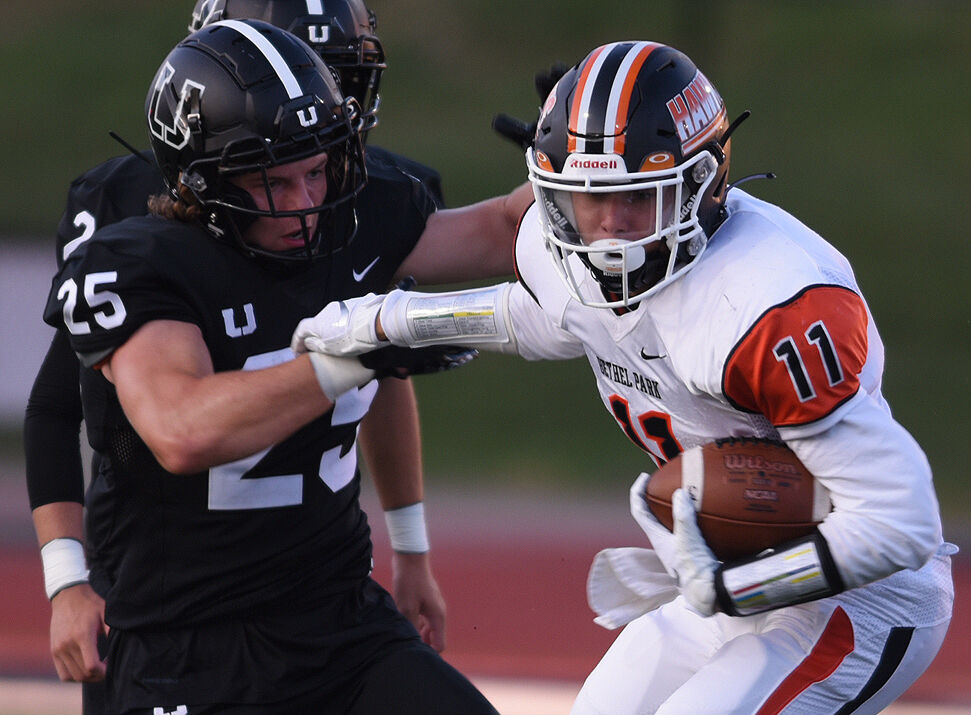 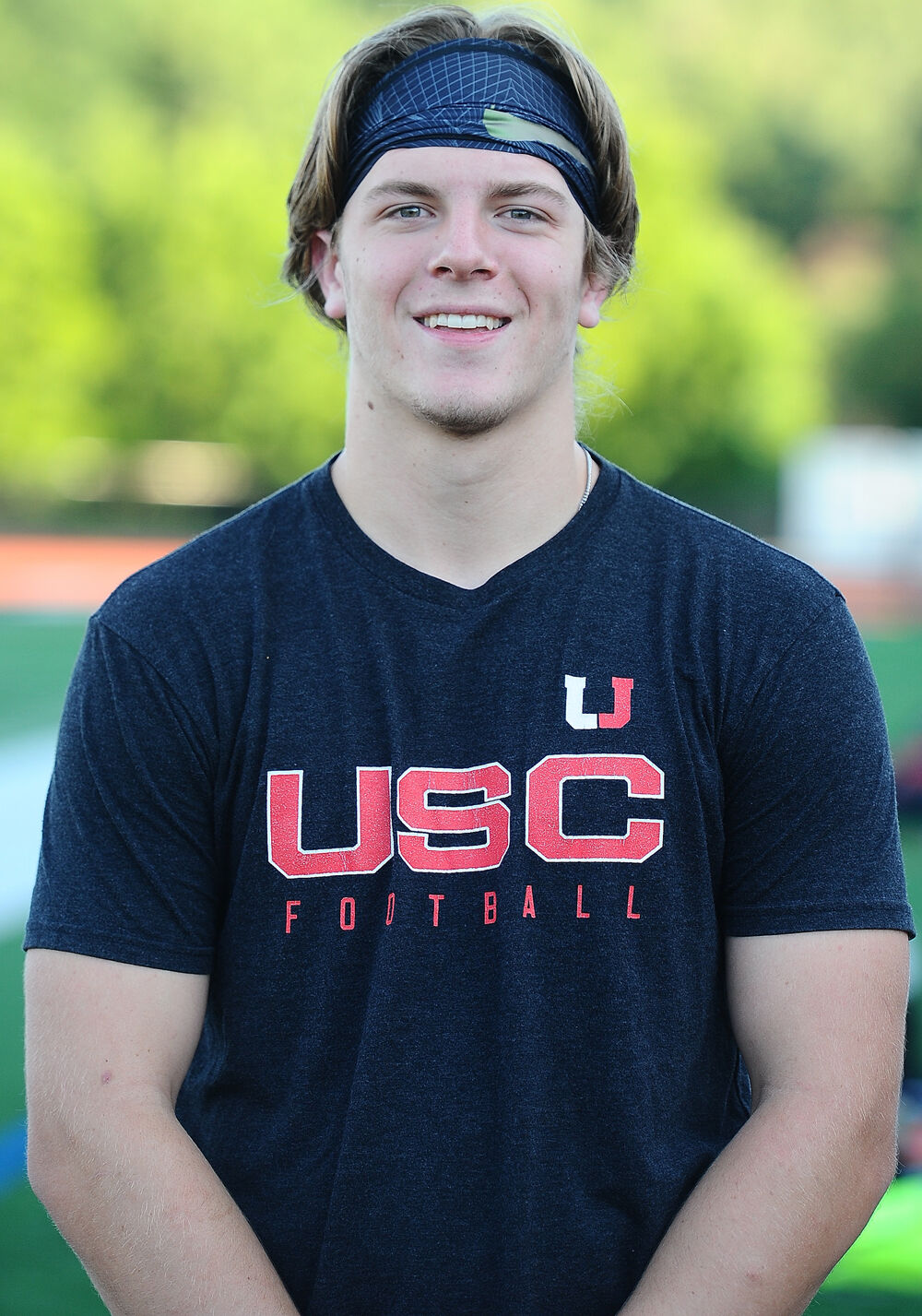 His father, Matt, excelled at Mt. Lebanon before playing at the University of New Hampshire. His older brother, Matt, starred at Seton LaSalle and now plays for Hamilton College, where he earned All-New England honors. His younger brothers, Mark and John, join him as athletes at Upper St. Clair High School.

A pair of cousins though influenced his college choice. Luke will play football at Cornell University.

Unlike Mason, who was a 6-4, 273 defensive lineman for the Big Red before taking a job as a consultant upon graduation, Luke is a 6-2, 225-pound linebacker, who is undecided regarding a major.

“When I started playing football in third grade, all my family played. My dad had a lot of siblings,” said the third of Lisa and Matt Banbury’s children. “I wasn’t compelled or forced to play. I wanted to. I always liked football.

“I also knew I wanted to go to a good school,” continued the 18-year-old senior. “I picked Cornell mainly because of the academics. My two cousins played there and one graduated. They both liked it and Mason now has a good job as a consultant for a company.”

Because chemistry and physics come easy to Luke, he might end up in an occupation requiring a scientific background but his football skills are uncanny.

“More innate,” he said. “I don’t confuse science with football and can’t use it cognitively on the field. But I really don’t know what I want to do. That was another reason why I picked Cornell. They offer a lot and I am open to everything.”

Luke is open to wherever the coaching staff wants to utilize his talents.

“I’ll play where they think best but I love linebacker and being able to hit people,” he said.

Luke made plenty of hits for the Panthers. In helping USC to a conference runner-up title and a 5-3 record last fall, Luke forced three fumbles and recorded three sacks. He collected 58 tackles, 45 of them solo.

“Luke provided a physical presence in the middle of our defense and showed tremendous improvement in 2020,” said USC head coach Mike Junko. “He will certainly become a real force in the Ivy League.

“While he most likely play middle linebacker at the next level, he is versatile enough to help in other areas. His greatest attribute is his physicality. He really shows up on film as a physical presence in the middle.”

Luke was in the middle of many recruiting battles. Among his other choices were Penn and Air Force. He turned them down and other Division I offers because Cornell truly was the “right fit” for him, Junko said.

After transferring from Seton LaSalle, Luke adjusted well at USC. In only his second year in the program, he was elected captain.

“His leadership on and off the field is exemplary,” Junko said. “We have really enjoyed having Luke and his brother be a part of our program. He certainly possesses the drive and commitment it will take to be successful in the Ivy League.”

A former baseball player, Luke is also driven on the basketball court. Last season, he helped the Panthers to a 21-5 record that featured an appearance in the WPIAL semifinals and the PIAA tournament.

The sport helps him hone his football skills.

“Basketball helps your quickness and your reaction to a lot of things,” Luke said. “It’s fast and there’s not a lot of stopping. Playing defense and getting rebounds really helps with the physical aspect of football.”

Luke’s father helped with his motivation. In fact, he credits him as the secret to his success.

“He encouraged me in the right direction,” Luke said of his father. “By telling me to do this or that, it’s kept me from slacking off and working hard both athletically and academically. I guess that is why I prefer more action than words. As a captain, I try to be vocal but being a leader some times requires you to be more of a role model.”

Luke is one of two Ivy League football commits in one season. David Pantelis, who also excels on the basketball team, will play football at Yale University.

“To have so many kids that value academics and work extremely hard in the classroom is a reminder of how blessed we are as a program,” Junko said.

“We want all of our kids to look up to players like Luke and David and emulate their work habits on and off the field.”

Who has the best: Ardolino’s Pizza

Dream Destination: North Carolina “I’d like to live there.”

Person you would like to have dinner with: Lebron James

Lesson sports has taught you: Work hard for things you would like to achieve