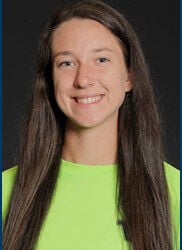 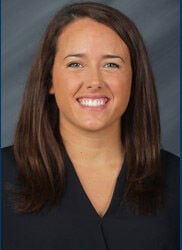 Page had a career 1.13 goals against average and an .810 save percentage.

In her first season, Page stood second in the conference with a career-best 0.67 goals against average, while her .833 save percentage was third-best in the conference. Her career-high six shutouts in 2015 ranked fourth in the league.

Douds was the only first-year swimmer in the history of both the men’s and women’s programs to be named the Pennsylvania Athletic Conference MVP. She was a four-time all-PAC selection from 2014-18 and earned first-team recognition three times.

Douds is the daughter of Bill and Dawn Douds, both of whom are Bethel Park and Westminster College graduates.