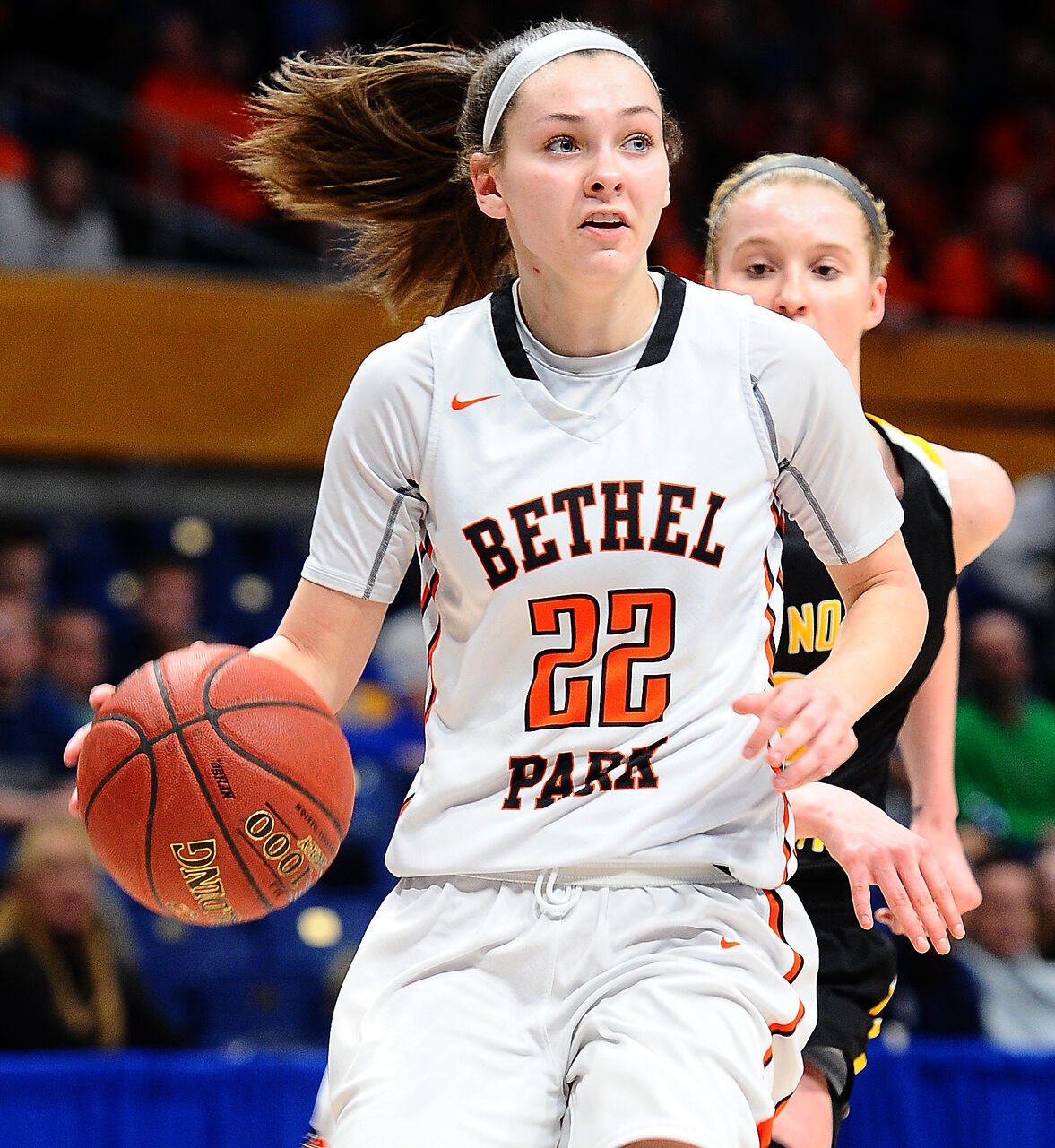 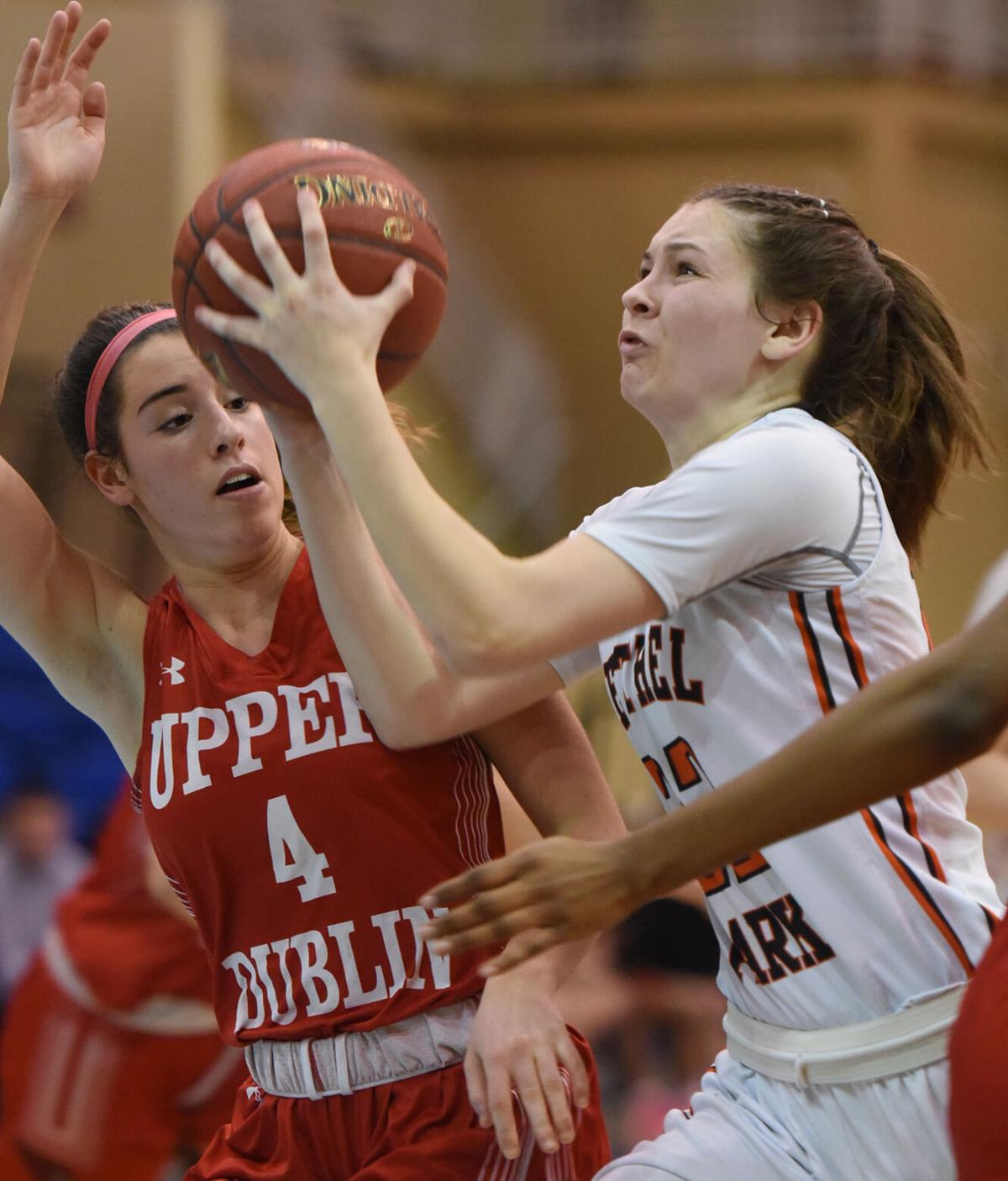 Olivia Westphal takes a shot during a game last season. 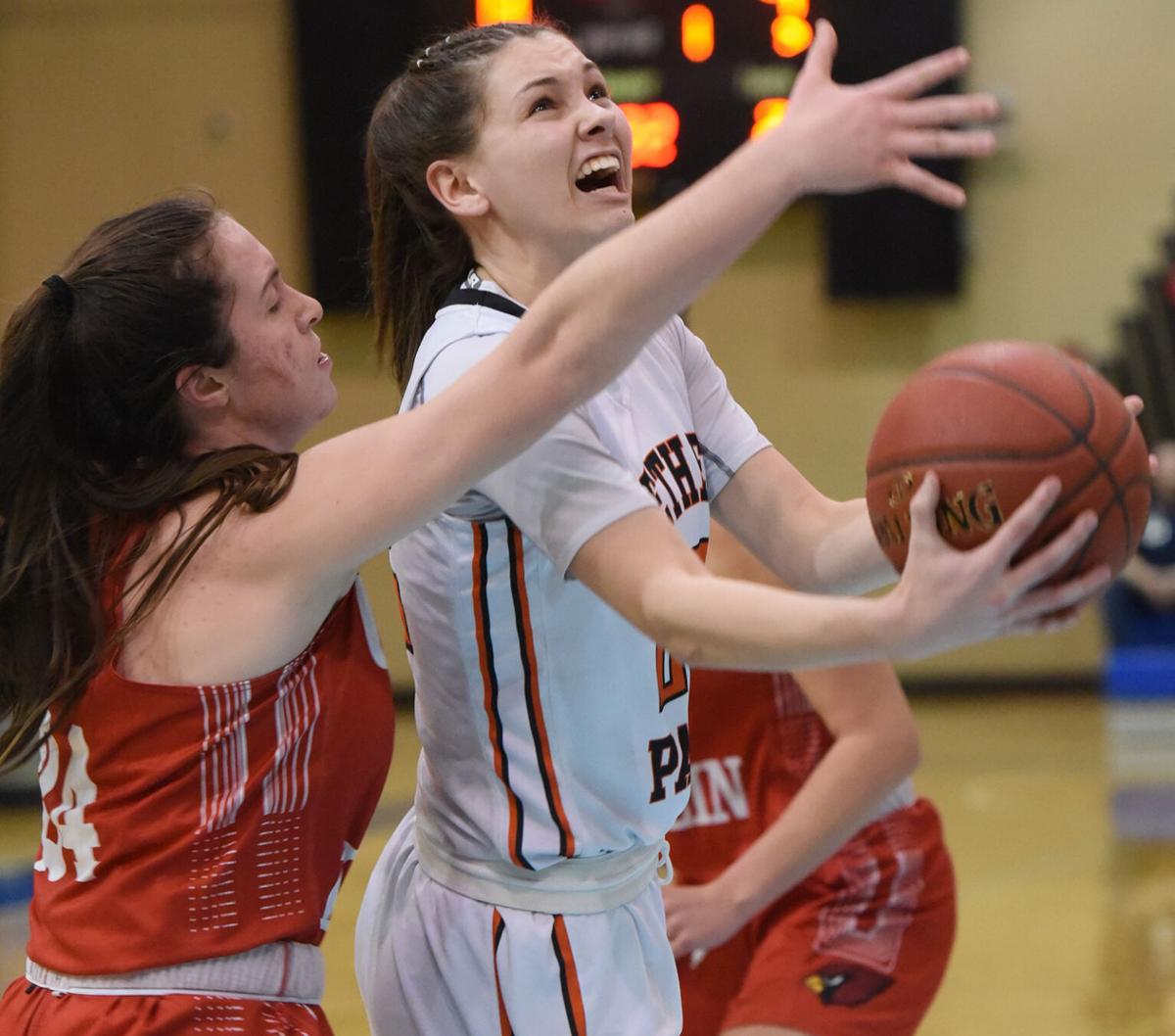 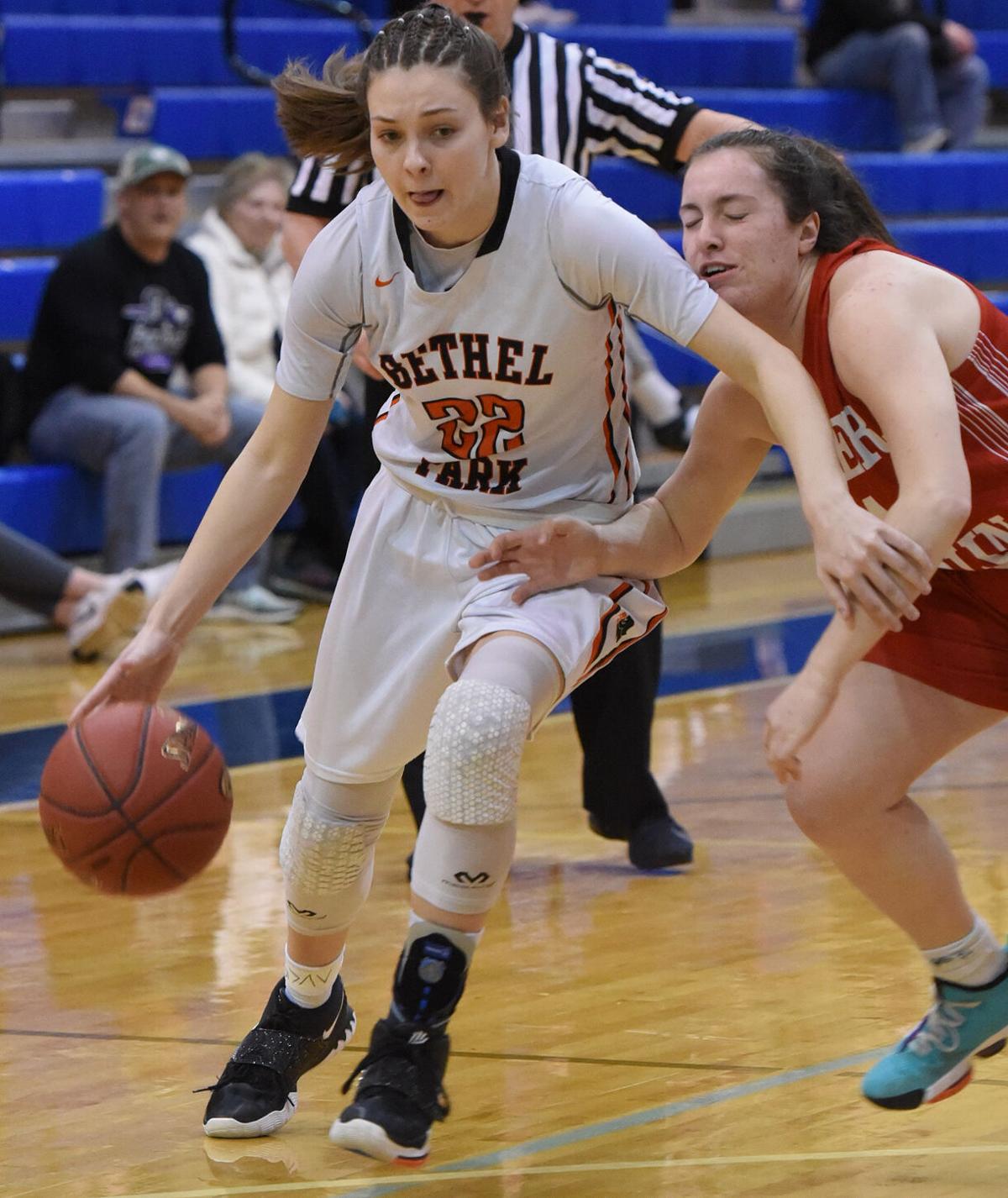 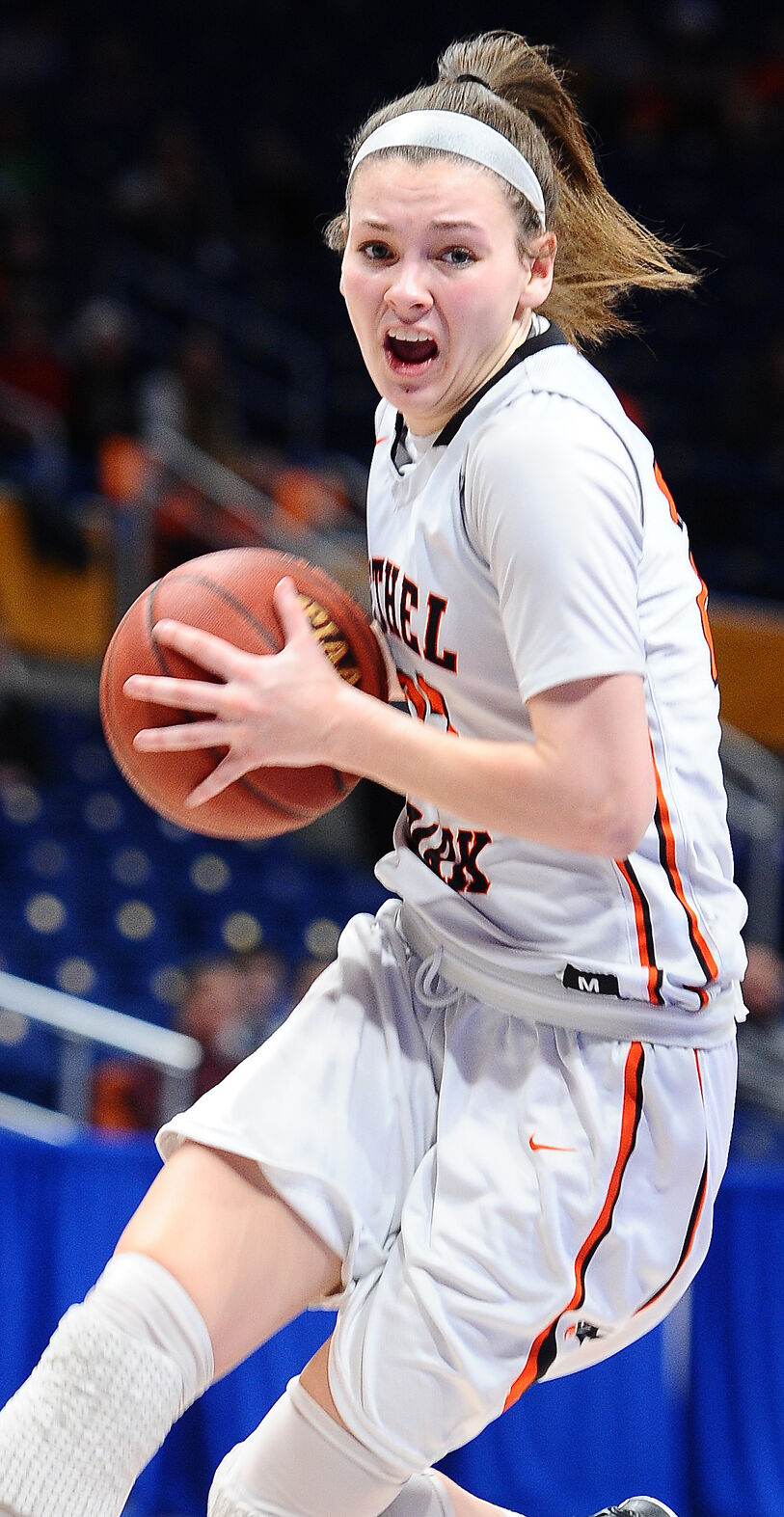 Olivia Westphal takes a shot during a game last season.

Olivia Westphal felt more than welcome at Duquesne University. The Bethel Park High School senior guard felt wanted. So she committed to play her college basketball for the Dukes.

Recruited since eighth grade, Westphal reaped more than a dozen scholarship offers, including bids from Akron, Toledo, Miami, George Washington and Fordham because as a four-star prospect she ranked 37th at her position and 90th among the top-100 recruits, according to ESPN.

“Some schools would offer then lose contact,” said Westphal. “Duquesne stayed in all the way until I committed.”

Westphal said the fact head coach Dan Burt has “stabilized” the program and Duquesne possessed that “home away from home” feeling also factored into her decision. Since fifth grade, she has played alongside former Chartiers Valley standout Megan McConnell with the Western PA Bruins AAU team.

A freshman, McConnell now starts at point guard for the Dukes. Recently, she earned Atlantic 10 Rookie of the Week honors for her 9-point, 6-assist effort against St. Bonaventure, where Westphal’s former teammate, Maddie Dziezgowski, now plays. McConnell also scored a season and game-high 15 points in a 64-48 loss to Dayton to start the new year.

“It’s going to be great playing with Megan again,” Westphal said. “I am really good friends with her and we are used to each other’s style. We work well together.

“I was recruited because I shoot the ball really well and she sets people up really well,” Westphal added. “I am definitely looking forward to playing with her because I believe that our personal goals are the same. To definitely help Duquesne wins A-10 titles and make it to the national tournament.”

Westphal has led Bethel Park to the WPIAL semifinals twice and the championship game last winter. The 5-10 guard averaged 15.2 points, 3.5 assists and 2.4 steals and helped lead the Black Hawks to a 23-3 record last year.

A threat from long-distance, she drained 51 3-pointers during the 2019-20 campaign, shortened because of COVID-19.

Westphal and the Black Hawks are off to a slow start this season again because of the pandemic. Just when they started official practices, Gov. Tom Wolf’s office and the state health department shut down scholastic sports for three weeks. Restrictions were lifted Jan. 4 yet the Black Hawks still find themselves behind the eight-ball in their efforts to play catch up and fulfill the mandate requiring 10 practices before competition.

“The shutdown definitely affected Bethel Park more than other schools because we were not able to get practices in and especially with the way last year ended. That was difficult,” Westphal said of the cancellation of the PIAA tournament. The Hawks had advanced to the state quarterfinals before the season was abruptly ended in response to the coronavirus pandemic.

Noting she and her teammates participated in Zoom workouts during the stoppage, Westphal said she has learned to be flexible and appreciative of any action the team sees this year.

“The pandemic has definitely taught us to not take anything for granted. You never know what will happen,” she said.

A lot has already occurred in Westphal’s career. She has scored more than 1,100 career points and is in range to break the school record held by her head coach. Jonna Burke scored 1,625 career points before enjoying a Hall of Fame career at the University of Pittsburgh.

Westphal also has earned every honor attainable from all-section to all-state. She is a three-time selection along with claiming Almanac accolades throughout her scholastic career.

“Olivia’s a tremendous player and she’s going to be great at Duquesne,” Burke said. “She has worked so hard and made herself into a complete player; meaning she stands out in all aspects of the game.

“Liv’s the kind of kid that doesn’t really have a ceiling as far as capability goes. The sky’s the limit for her. I’m excited to continue watching her journey.”

Favorite class: Law and You

New Year’s Resolution: To win a WPIAL championship. “We’ve already played in won and been in a couple of semifinals, so I really want to win one. It’s definitely going to take a lot of hard work by myself and my teammates.”