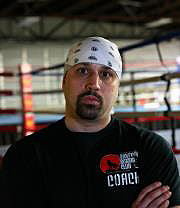 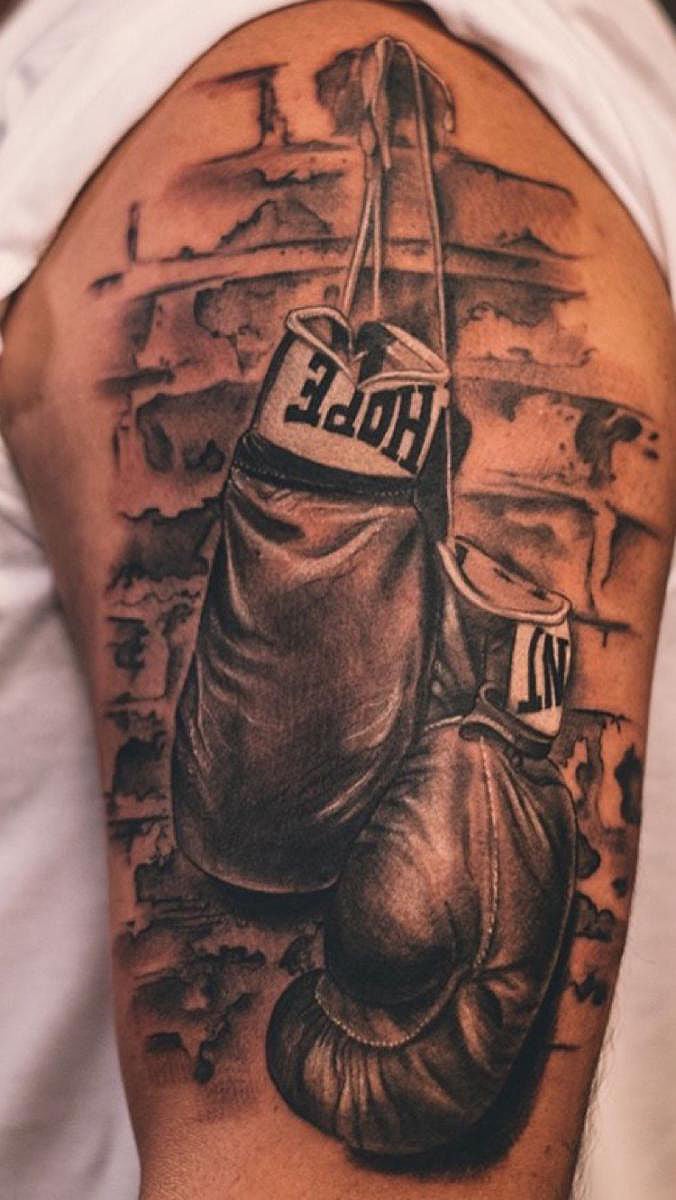 Jeff Mucci had this image inked onto his left arm to help benefit and promote awareness for Parkinson’s disease.

Jeff Mucci had this image inked onto his left arm to help benefit and promote awareness for Parkinson’s disease.

Jeff Mucci indeed wears his heart on his sleeve. A massive tattoo on his left outer bicep depicts the 1940s boxing gloves that hang on a brick wall at Wolfpack Boxing Club. The gloves have the word “HOPE” stitched on the exterior.

HOPE is also an acronym for the boxing program he created to help people diagnosed with Parkinson’s disease. A certified Rock Steady Boxing instructor, Mucci is helping overcome Parkinson’s every day, hence providing hope through boxing.

Mucci, who boxed as a middleweight for the Penn State club team, admitted knowing little about the disease until he “randomly researched it” after being “made aware by people stopping in” at his gym, located in Carnegie.

“One thing that stuck out to me, and this was not knowingly having met someone with it, but I saw the tremors and the desperation in their eyes that I wanted to help these people,” Mucci said. “This was a good step. If I could use the sport that I love to help these folks, then I was all for it.”

Mucci likened the disease to a clogged drain and boxing as Drano.

“It’s something they have been trying to understand for a long time. They just don’t know why boxing is the best workout for Parkinson’s patients, but it enables them to open up their own pathways. It clears things out a bit.

“Exercise in general is good but this really helps because it involves balance and thought. It’s a complex sport where there’s multiple things going on and requires concentration.”

After one, 95-minute class at the Wolfpack Boxing Club, Mucci says it is not unusual for participants to go home without tremors.

“That’s so rewarding,” he said.

“It give them their adulthood back. They are not isolated and alone. They are surrounded by others and they regain a sense of being part of a community.”

Mucci added that he enjoys helping others through boxing. He says he has a “passion” for it.

“It’s a pleasure for me to work with them and make them feel better. We want them to know that they are not alone in this fight. We are here to help.”