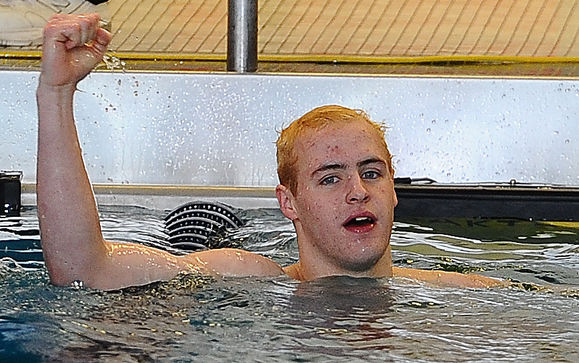 Josh Matheny of Upper St. Clair dominated swim events at the local, state, national and world level this year. The two-time WPIAL and PIAA champion and record holder captured gold during the FINA Junior World Swimming Championships held Aug. 20-25 in Budapest and was named to the U.S. National team. 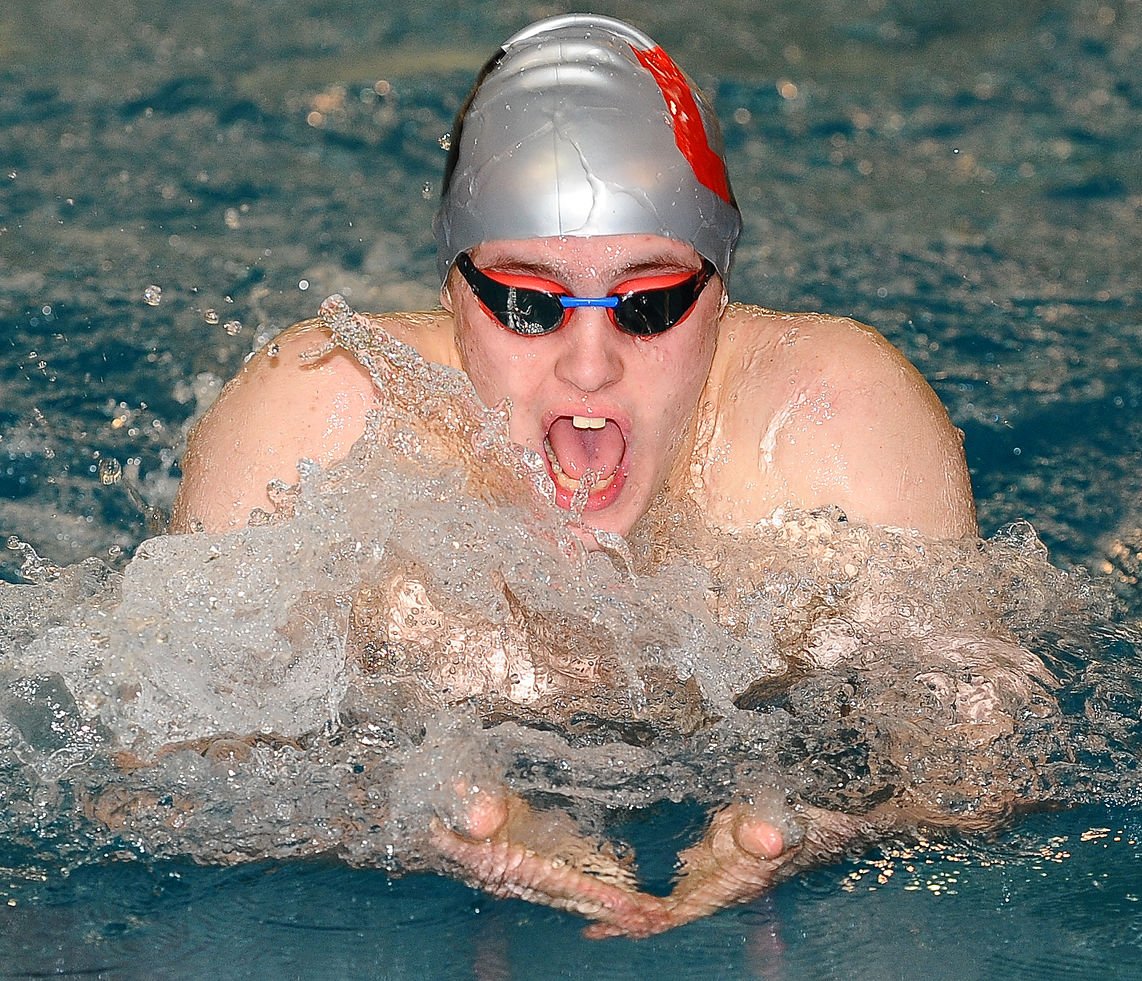 Josh Matheny of Upper St. Clair dominated swim events at the local, state, national and world level this year. The two-time WPIAL and PIAA champion and record holder captured gold during the FINA Junior World Swimming Championships held Aug. 20-25 in Budapest and was named to the U.S. National team.

Josh Matheny reacted the way any 16-year-old would have after winning a world championship in swimming.

Immediately after he hit the wall to touch out his rival by 16 one-hundredths of a second, the Upper St. Clair junior enthusiastically splashed about, hopped on the lane rope, then slipped dolphin-like toward the ladder, exiting the pool stage right bound for the podium.

“I knew it was going to be quite a fight and had to go all-in,” Matheny said in a news release from USA Swimming of the Japanese, who were favored to win the race. “This goes beyond imagination.”

Matheny indeed shocked himself and the swimming world.

In his inaugural appearance on the global stage, the two-time district and state champion won gold in the 200-meter breaststroke at the FINA World Junior Swimming Championships held in Budapest, Hungary.

Matheny, who swims in the 15-16-year-old age range, edged Shoma Sato of Japan with a time of 2 minutes, 9.40 seconds. The mark improved on his national age group record. Matheny just missed the World Junior 18 and under standard by 0.01 seconds.

Matheny said he wished to make the 2-minute, 10-second mark, but going under that was his “ultimate goal,” which made his time and finish unbelievable.

Matheny slipped slightly behind Sato over 175 meters, but closed the gap in the final 25 meters.

“I saw we were close and I thought it was now or never and I just gave everything I had at the end,” he said. “(To win) went beyond everything I hoped for.”

Prior to that race, on Day 1 of the competition, which ran Aug. 20-25, Matheny collected silver in the 100 breast. He swam a personal-best time of 1:00.17 and lowered his national age group record by finishing 0.20 behind Vladislav Gerasimenko of Russia, who swam a 59.97 race.

Matheny capped his competition with a fourth-place finish in the 50-meter breast. He swam a personal best time of 27.96, 0.13 seconds off a spot on the podium. Matheny also helped the 4x100 men’s medley relay collect a silver medal with a time of 3:33.66.

Matheny said he was disappointed the United States finished runner-up to Russia in the relay.

“We were all still so incredibly fast,” he said. “Russia just got the better of us. It’s always fun to be on a relay for the United States. It’s always hype in the ready room with everybody.”

Even during the event, Matheny could not get over the hype and the experience he had. He was thankful for the opportunity to swim for the United States.

“It’s been an absolute honor and it’s been incredible to represent the United States oversees,” he said. “Every time you step up on the blocks with that black cap it’s an electric feeling, and with everyone cheering for you in the stands, I could not be happier with representing the USA.”

The son of Kristin and Jeff Matheny qualified for the world championships by claiming two under-18 titles during the Phillips 66 U.S. National Championships held at Stanford University. He posted the fastest times among all swimmers in the country in the under-18 division in the 100- and 200-meter breaststroke events. He took third among all swimmers in the 200 and 12th overall in the 100.

Matheny earlier this spring shattered the National Federation of State High School Association’s standard when he won his second state title in the 100-yard breast with a 52.52 mark. He also broke the PIAA meet record set in 2000 by Brendan Hansen by nearly a second. The Haverford product went on to become a six-time Olympic medalist.

Honored by the National Interscholastic Swimming Coaches Association with All-America acclaim, Matheny ranked No. 1 in the nation for the 100-yard breast and 40th in the 200 IM. His time of 1:49.00 earned him a fourth-place medal at the 2019 PIAA championships.

Matheny swims for Pittsburgh Elite Aquatics Club and is coached by David Schraven. Based in the South Hills, the nonprofit, competitive swim team is a member of USA Swimming. Operating out of pools at Upper St. Clair, Chartiers Valley and Canon McMillan high schools, Pittsburgh Elite Aquatics Club offers a wide range of competitive swim opportunities for every ability and age from learn to swim to senior level swimming in the area.

Schraven, a standout at Stanford University, is also the Upper St. Clair head coach. Recently, he was named an assistant coach for the U.S. team ahead of the FINA World Junior Championship meet.